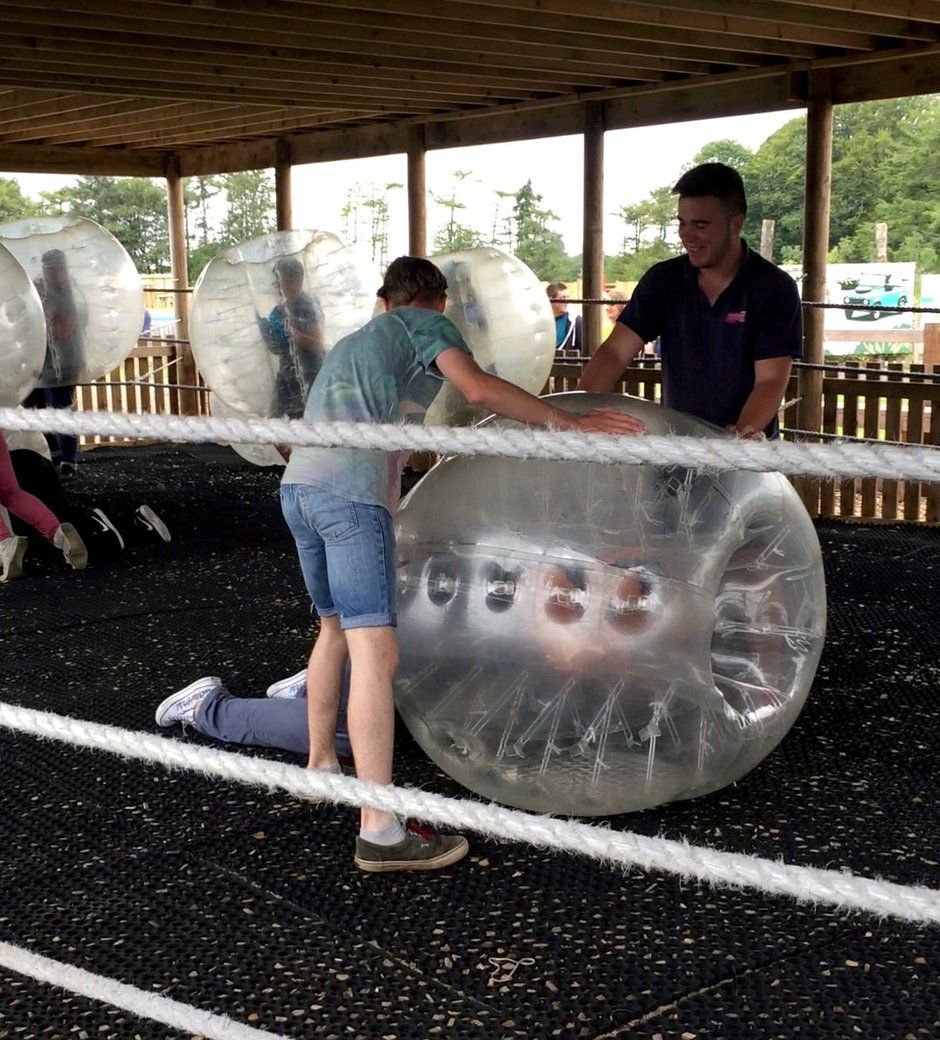 This is the hilarious moment a man was knocked to the floor and left unable to get up after he got trapped inside his inflatable zorb.

Onlookers captured the moment the man - said to be in his 20s - got stuck inside the blow-up ball, with his arms squished above his head.

He was barged to the floor and left unable to get up after he struggled to get to his feet, at Heatherton World of Activities, Pembrokeshire, in Wales.

Later the man can be seen re-positioning his legs in a bid to hoist himself back up.

A member of staff attempts to help the man by pulling up the Zorbing ball - but again fails miserably.

Moments later a member of the public races in to help tug on the inflatable ball and help the man up.

But as soon as he is helped back on his feet by the two men, he is barged into again and finds himself back on the floor.

An eyewitness said: "We were just in the queue and saw this guy who kept falling over.

"Because of his size he was unable to get his leg in the position to get himself back up.
"This happened for a good ten minutes.

"When he has his arms in the air he looked like a giraffe.

"It was just really funny."