Suspected Banksy artwork has appeared in his home city of Bristol

It seems to show a young girl firing a slingshot of flowers - possibly in relation to February 14th.

A new piece of Valentine's Day-inspired street art apparently created by Banksy has appeared in his home city of Bristol.

Residents in the Barton Hill area of the city woke up to the artwork on the side of a house this morning (Thurs).

It seems to show a young girl firing a slingshot of flowers - possibly in relation to February 14th.

The mysterious artist has yet to claim ownership - although the piece bears all of his hallmarks.

The Bristol Somali Community Association posted photos of the artwork on Twitter.

They said: "Today in Barton Hill, we woke up with this remarkable mural art painted on one of the houses of the area.

"We hope it’s Banksy’s work. Come and have a look yourself. Whoever painted, it’s worth admiring their creativity."

The Bristol-based graffitist is known to create his masterpieces under the cover of darkness - leaving the scene before anyone can spot him in action.

The daughter of the landlord who owns the home has said she is "gobsmacked".

Kelly Woodruff, 37, helps with the management of the property on the junction of Marsh Road and Avonvale Road.

She said: "I'm literally gobsmacked. I'm so excited. It's given everyone a bit of a buzz.

"I haven't even spoken to my dad about it yet. I saw it on Facebook and immediately texted it to him. It's his birthday.

"I don't know what our plans are - but we're definitely keeping [the artwork].

"I was trying to get my dad to sell some property. It's a family-run business. I would say sell [the house] straight away!

"It's just incredibly exciting. I'm a born and bred Bristol girl. I follow Banksy all the time." 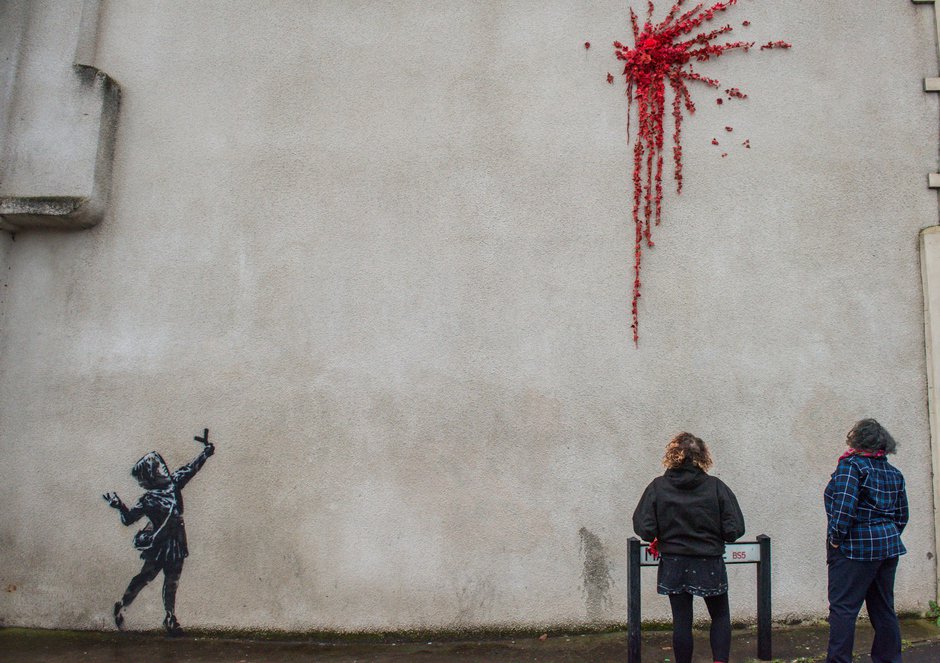 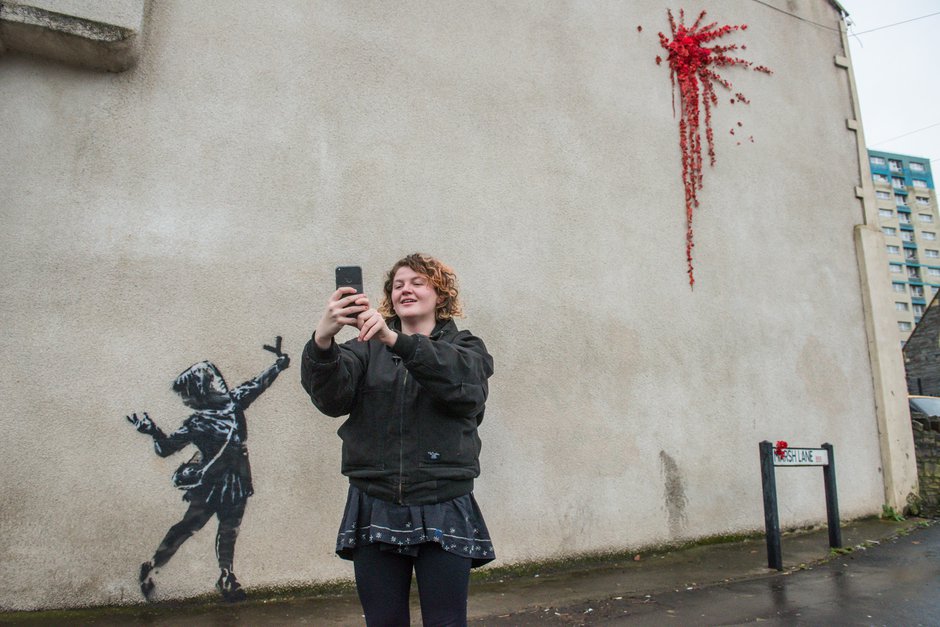 The owner of the house has described his delight at finding out that the potential Banksy artwork had appeared on his property - and on his birthday.

Edwin Simons, 67, said: "I'm shocked, absolutely shocked. How do we protect it? That's all there is in my mind. I don't want it vandalised.

"We want to protect it. I will never take it down - if I can protect it. I don't know what I'm going to do. We need someone with some knowledge about it.

"We never thought this would happen to us.

"I think it needs to be covered in anti-vandal paint. But I don't know how you would protect the flowers. We need to get some advice."

Landlord Edwin, from Longwell Green, Bristol, has owned the property - currently valued at around £235,000 - for 15 years.

It is divided into three flats, with the Valentine's Day-inspired artwork on the exterior of the building's left side.

He said: "The price [of the house] doesn't come into it for me - it's just brightened my day.

"It looks like it's a Banksy. We might have to put a frame over it; I don't know how we will protect it otherwise.

"It's a good birthday present. It's brought me out of the dumps.

"If there's anyone who can help us - the door's open!"

Daughter Kelly Woodruff, 37, said: "It's just incredible. It's so exciting that it's happened on Dad's birthday - it's a real present.

"It's not bad being 67 and getting a Banksy!

"We'd cry if someone vandalised it - we love it.

"We've got another property in Easton - Banksy come and do some others for us!"

When asked if he was Banksy, Edwin added: "No, I wish I was - I wouldn't owe the money I owe!"