The weighty bovine - thought to weigh 3/4 of a tonne - trampled all over the lawn, leaving "hoof shaped pot holes" and sprayed poo over the garden patio 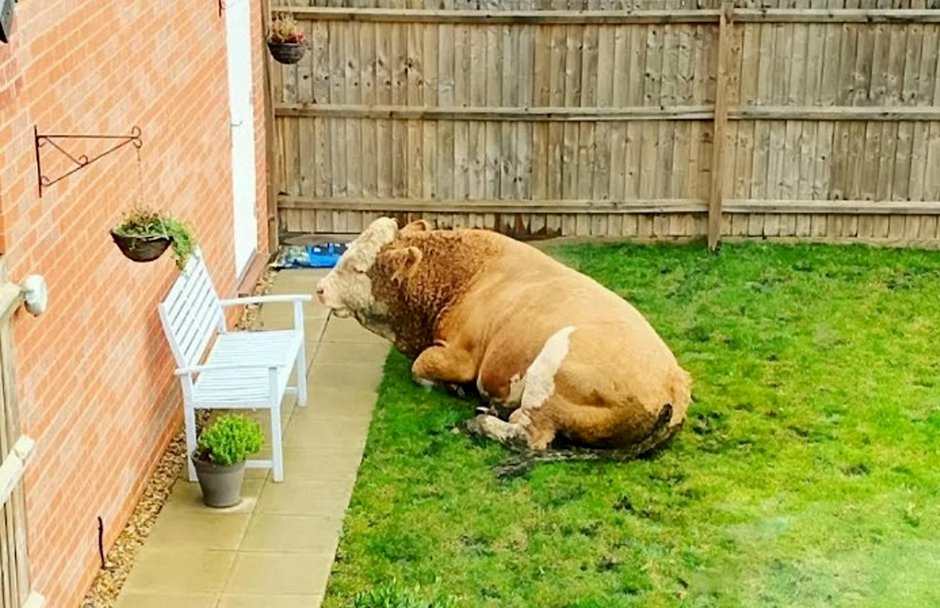 A couple woke up to find a massive BULL had wandered into their garden - ramming their bin, pooing on the patio then laying down and sleeping for an hour.

The bovine - weighing nearly a tonne - smashed through the garden fence from its adjoining field.

The weighty animal trampled all over the lawn, headbutted the wheelie bin, left "hoof shaped pot holes" on the grass and splattered poo over the patio.

The beast - named Arnold after US actor Arnold Schwarzenegger - eventually decided to lay down for a nap.

It left the homeowners, from Raunds, Northamptonshire, enough time to call the farmer and for him to be taken away.

The homeowner said: "I had just gone downstairs to make a hot drink.

"I looked out of the kitchen window and I just couldn't believe my eyes.

"My first thought was 'F*** Arnold's in the garden. 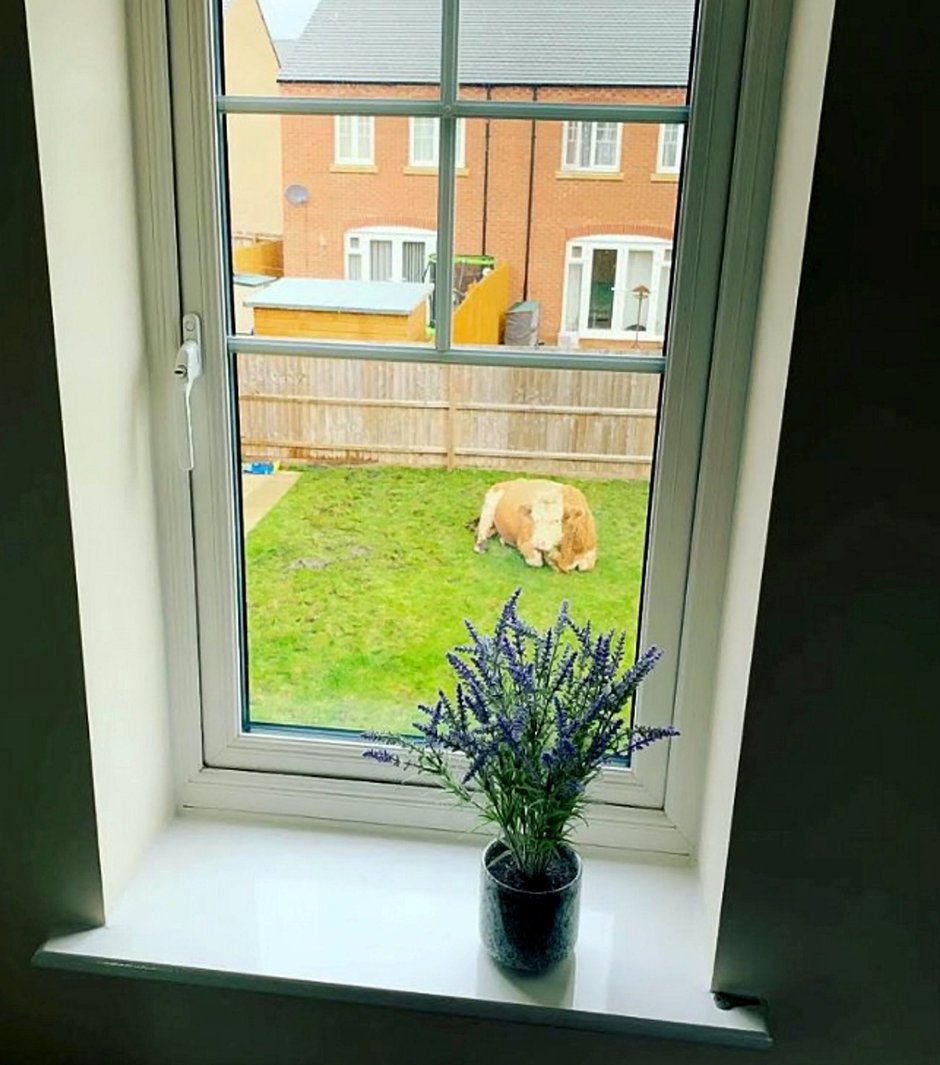 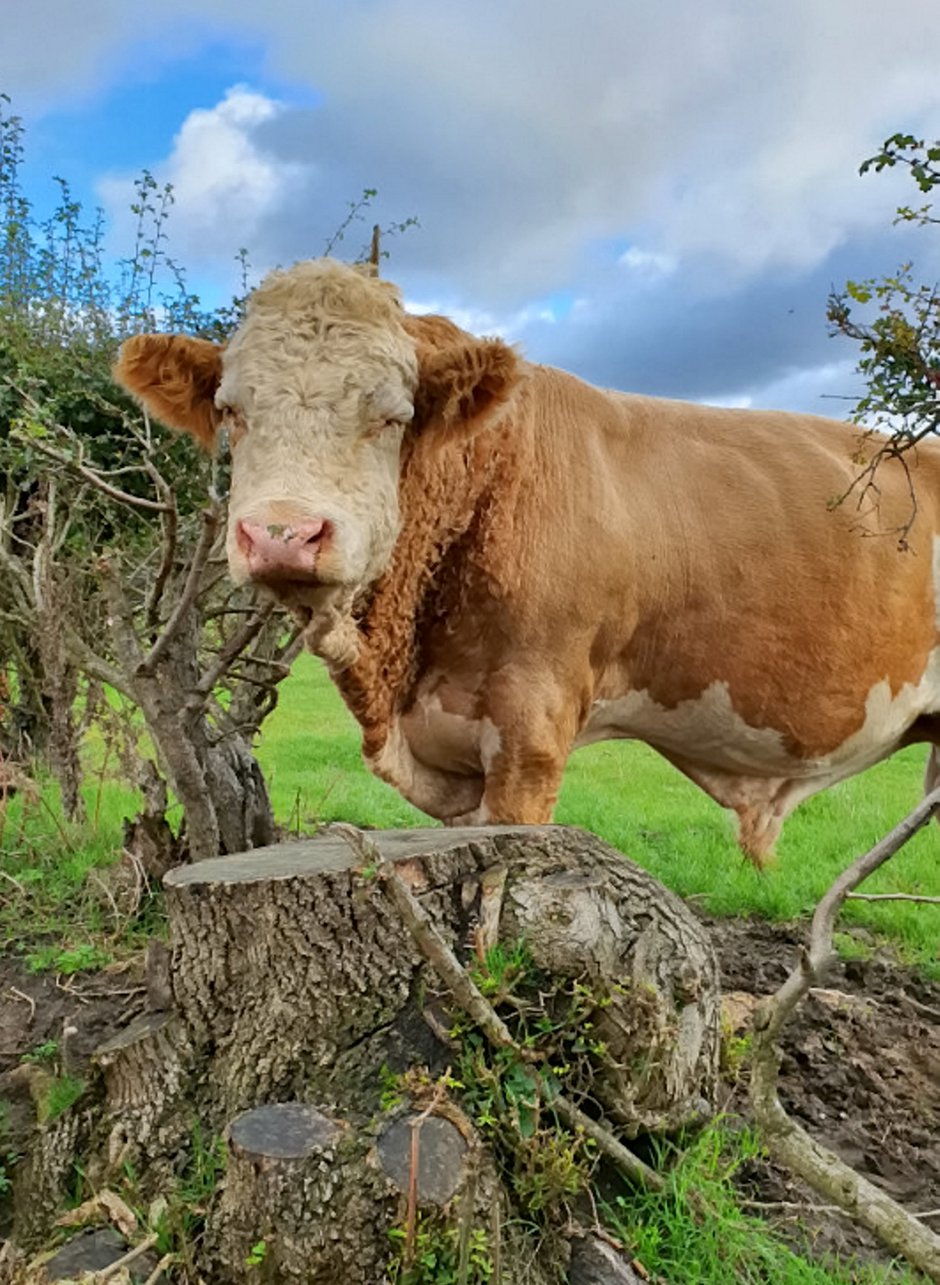 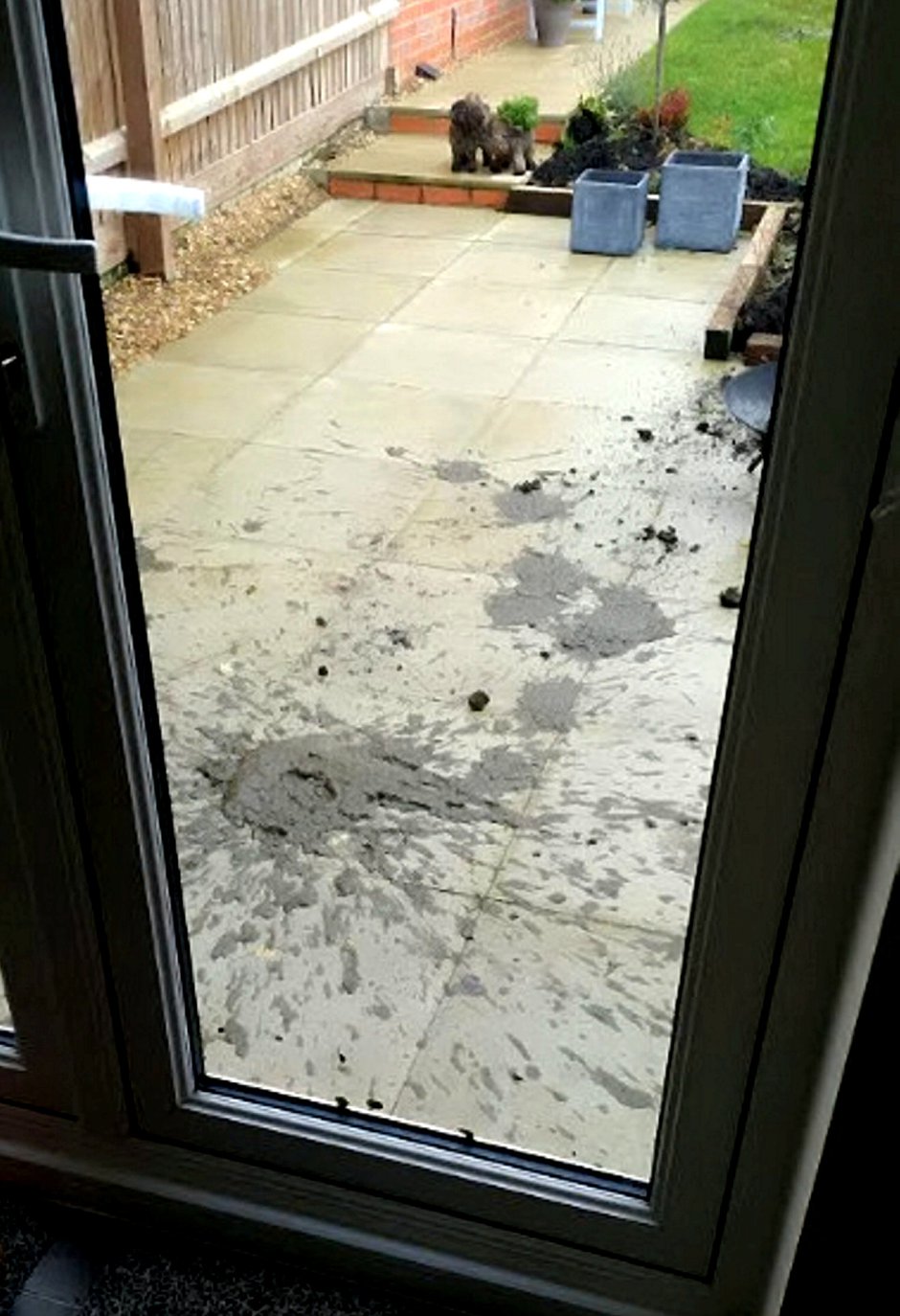 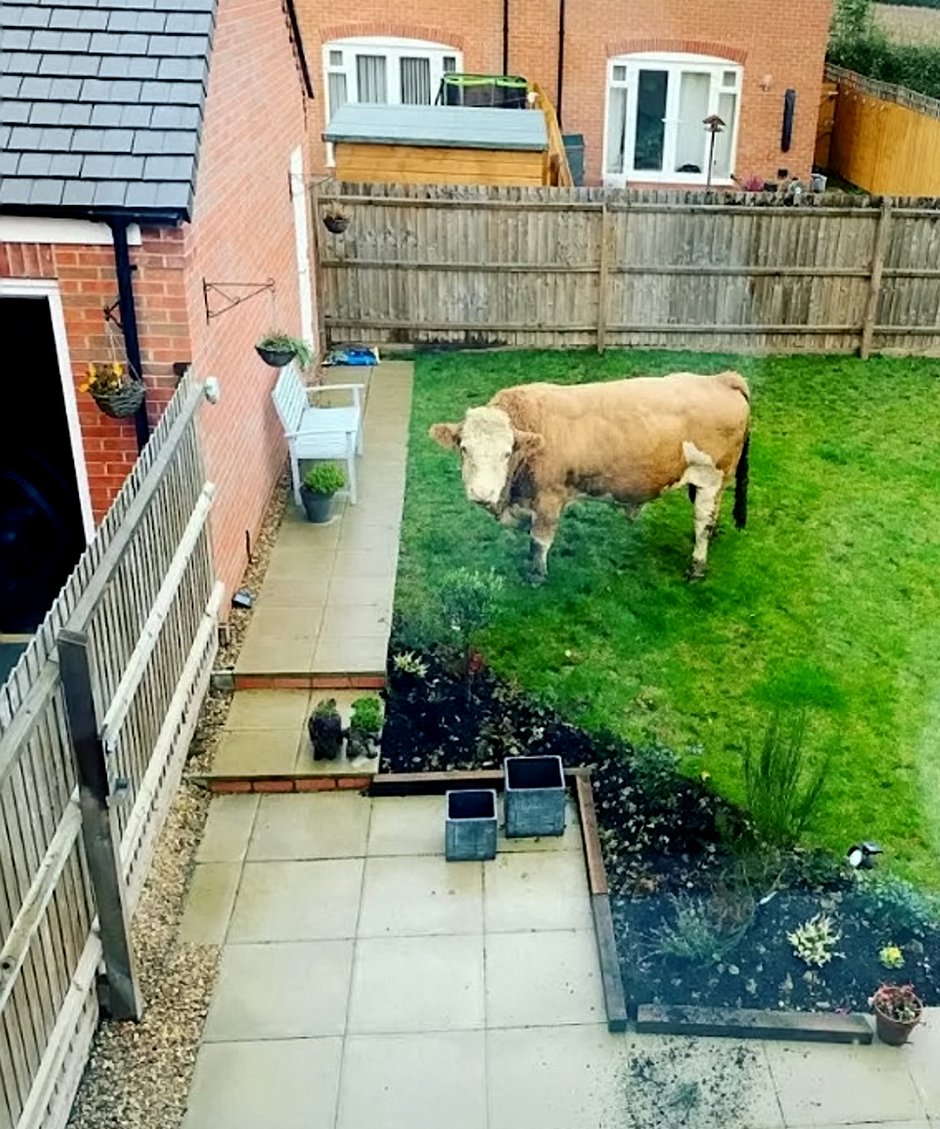 "I called my fiancée over and she told me to 'Shut up' because we had joked about it before.

"She was petrified.  It was a moment of panic.

"I didn't think it was wise to go outside it as it was probably really distressed.

"I managed to get through to the farmer and he was 40 minutes away.

"So we just sat and watched as he tore up the garden basically.

"I had been doing up the garden over the summer but he's completely ruined my turf!

"There are hoof marks on the lawn now that look like pot holes.

"As soon as the farmer arrived he calmed down a bit as he seemed pretty familiar with him.

"We've been living here 18 months and have seen the odd sheep outside the house.

"But needless to say, we've never had a surprise like that on a weekend."