Rhayader's Hafod Hardware in Powys, Wales, created the festive advert in just a day and it already has 100,000 views on social media 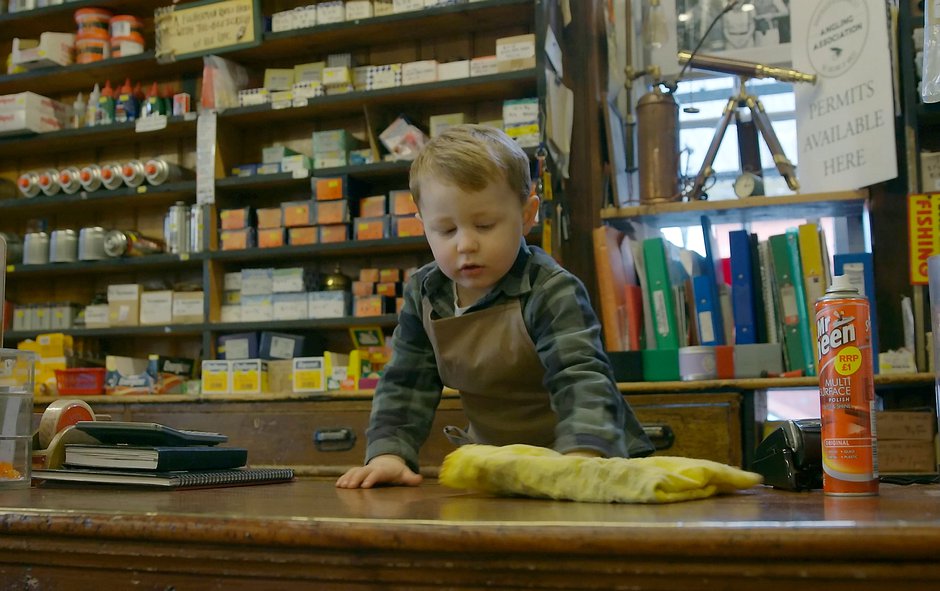 A family-run hardware shop is giving John Lewis and M&S a run for their money after creating their own tear-jerking Christmas advert - for less than £100.

Hafod Hardware in Rhayader, Powys, Wales, has launched its own emotive commercial with many claiming it is already the best festive advert of 2019.

The independent store's DIY efforts have been met with rave reviews online and the video has notched up over 100,000 views in just a day.

The heart-melting clip has already won over the hearts of customers in the small town and has also grabbed a nationwide audience since being uploaded online.

The video begins with little Arthur getting out of bed before donning his apron and carrying out a day's 'work' at the family-run hardware store.

Sweeping the floors, polishing the counter and replacing stocks on the shelves are all part of his duties as the busy boy is also on hand to deal with customers - all with a friendly smile and big thumbs up.

The commercial - which features four generations of Tom's family - has a special twist at the end when Arthur shutting up shop before carrying home a Christmas tree.

It is the third year in a row that Hafod Hardware, which opened in 1895 and is one of the oldest businesses in the town, have released a Christmas advert.

The previous commercials have been viewed hundreds of thousands of times to huge acclaim and Tom is again hoping to once again put a smile on people's faces. 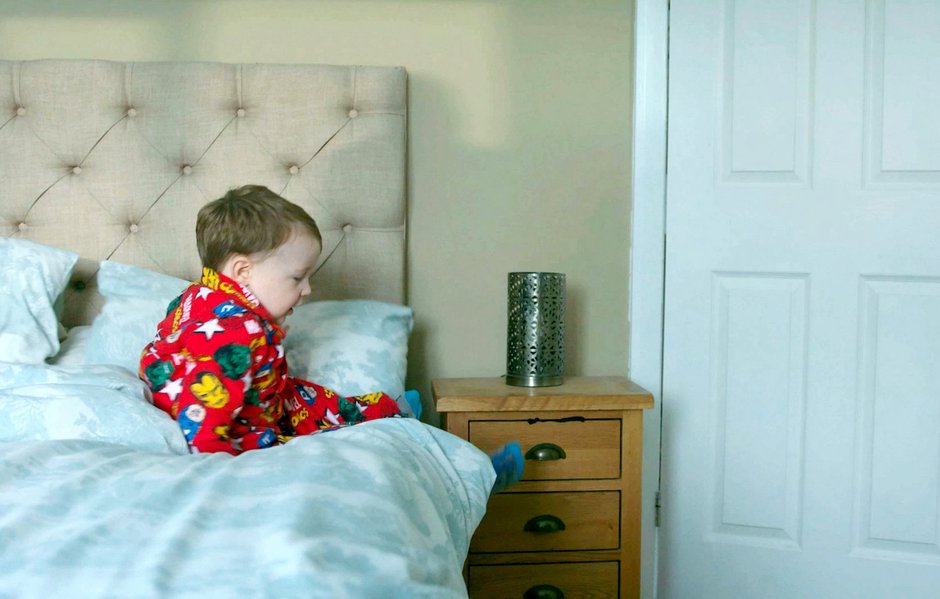 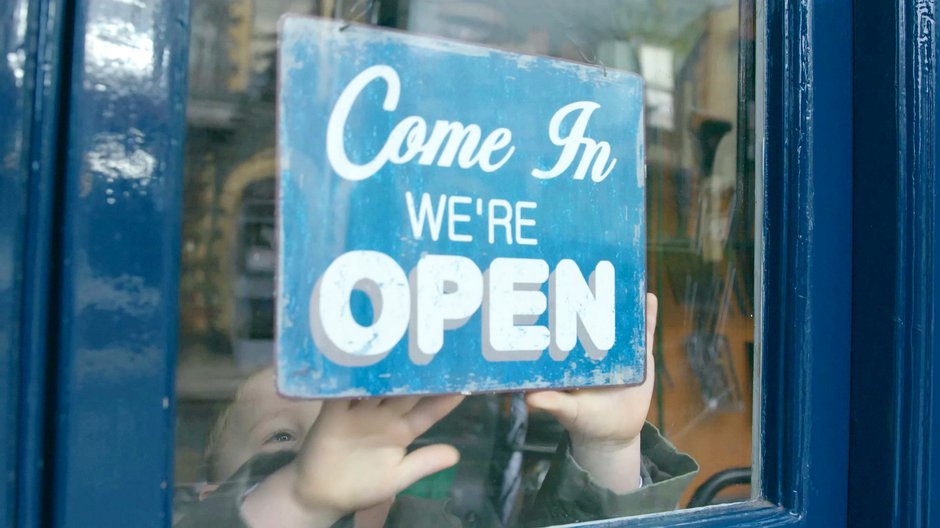 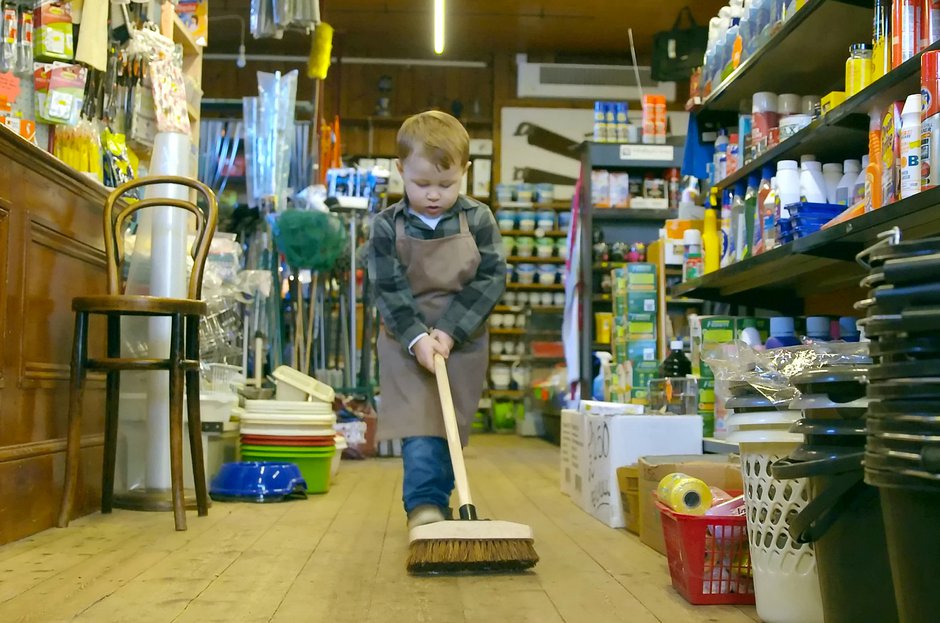 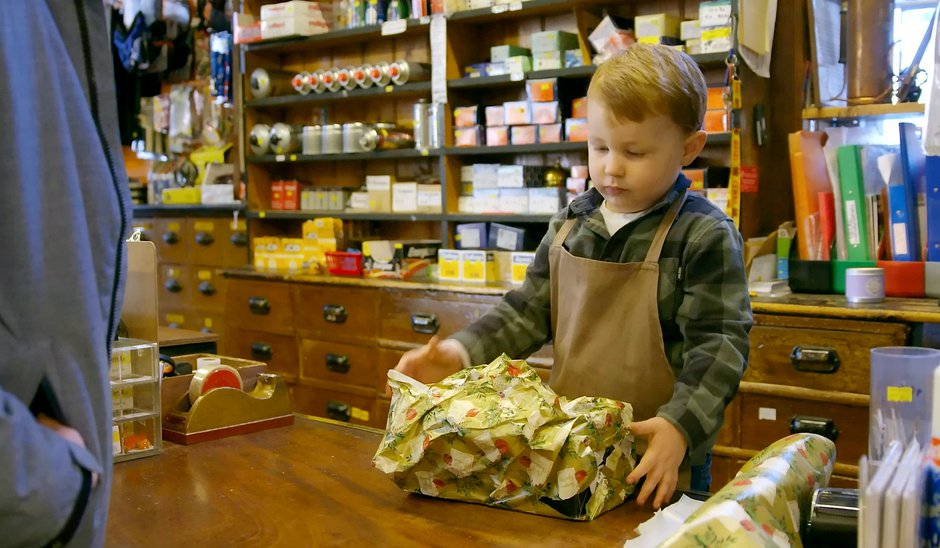 Tom, 30, said: “The aim is to make it the best Christmas advert of the year. The comments we've had so far have been amazing.

“Making this video with my son has been an experience I will cherish for a lifetime. They say never work with animals or children but he was a joy.

“He's such a bright boy and I would be lying if I said it was difficult to get him to perform on screen.

“He often comes to visit me in the shop, so weren't really asking him to do anything he hadn't done before.

“Whenever I watch the advert, it makes me well up with pride.

“Forever Young was the song I really wanted. I asked Andrea if she could do a cover and she was happy to do it.

“She recorded it in a studio and paid $100 for a sound engineer. I said we'd pay - so that's all the advert has cost us. She's got an incredible voice, it's perfect for the advert.

“All three adverts touch upon the significance of family at Christmas and so it was extremely important to me that Arthur had a role in each one.

“Showing the transition of him as a young baby in the first advert, through to the young man he is today, really does capture the essence of what we have been trying to create.

“We are told every year that Christmas is for kids, but there's nothing stopping us all from being big kids at Christmas.

“All the time, people are coming into the shop and asking us about our Christmas adverts. Even strangers pop in to say they've seen them.

“People are always asking whether we were doing another one this year. It's hard to say no, we feel obliged to do it.

“The locals love them. It's nice to think we can put a lot of smiles on people's faces in the community. It's always nice to do something for the town.

"People always compare our videos to the likes of John Lewis and we try to get the same message across as the mutli-million pound adverts do.

“But there is an underlying message. We are just a small independent shop in Mid Wales trying to compete with the big boys like John Lewis and M&S.

“We've shown that it can be done on a very small budget.”

Angela F added: "Beautiful, made me cry. Well done for making such a lovely advert."