This is the heart stopping moment that a base jumper takes a leap of faith and skis off an Icy mountain. 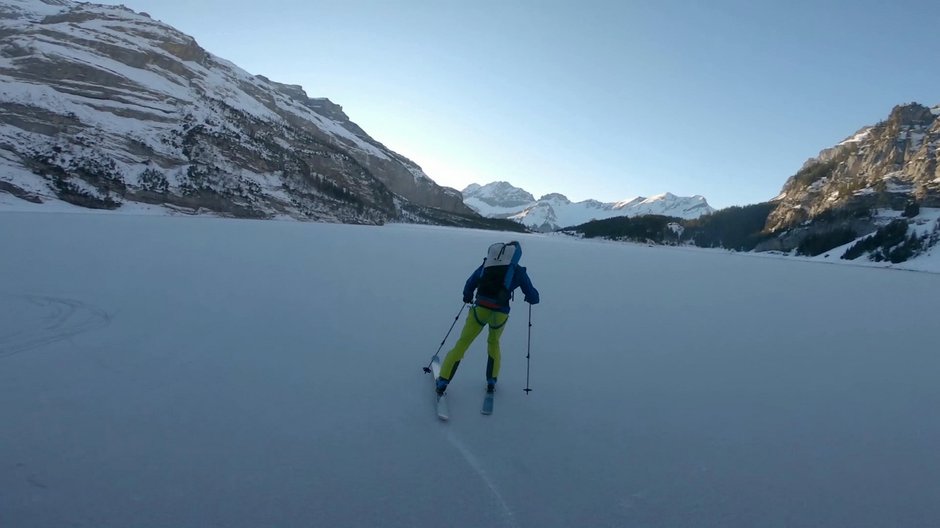 This is the heart-stopping moment a base jumper literally took a leap of faith - and skied off an icy mountain top.

Ex-Royal Marine Tim Howell hurtled off the slope then parasailed to make a safe landing on a frozen lake in Oeschinen Kandersteg, Switzerland.

Extreme sports fanatic Tim, 28, from Martock, Somerset, said: “We set out to jump from this well photographed cliff.

"It is a very popular area for hiking and swimming in the summer.

"In winter the frozen lake is used for ice fishing and ice hockey, so new knew it would be thick enough to land on.”

“We finally found a part of the cliff that was steep enough and big enough. Landing on the lake was a really odd experience.

"We skated back to shore over big cracks in the ice.”