Tally, a one-year-old rescue dog, was found in the street with her front legs reduced to stumps in a shocking act of cruelty 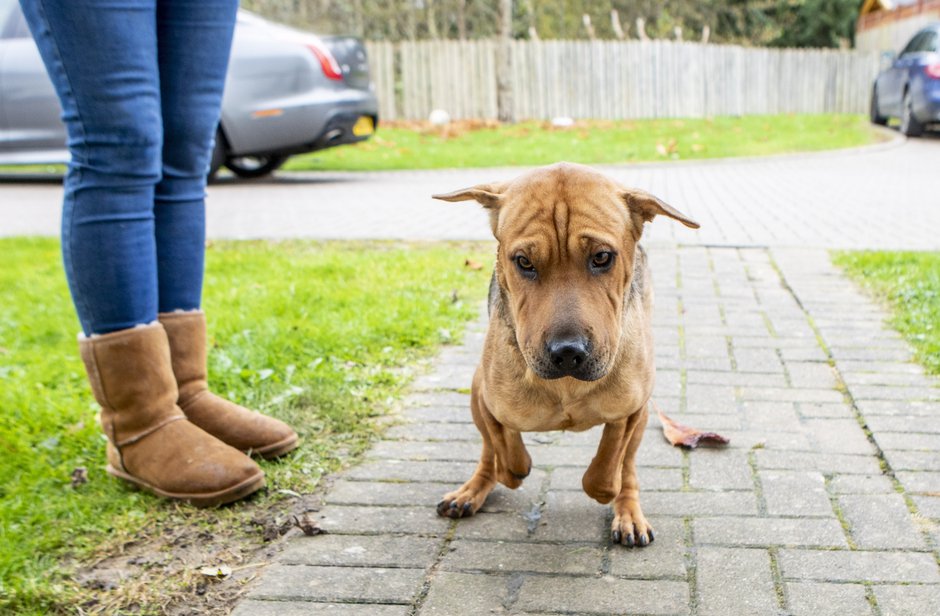 A Shar Pei puppy who had her front paws CHOPPED OFF by cruel thugs in Romania is enjoying a new life in Britain.

Tally, thought to be have been around eight months old when she was subjected to the horrific act of cruelty, was found chained to a tree stump in a town outside Bucharest.

She was unable to stand up due to her injuries, but began wagging her tail as soon as she saw the person who rescued her.

Tally, a Shar Pei mix, was fostered in Romania before being brought to the UK in a two-day journey to Scotland, and now lives with a foster family in Ayr, South Ayrshire.

Despite her limited mobility, determined Tally still tries to jump up on the sofa like any other dog - and manages to get around on her stumps.

However the imbalance in length between her front and back legs is putting pressure on her spine and her hips.

A set of prosthetics to help her get around will cost an estimated £10,000 - but hopes are high it could transform her life.

Plans are afoot to raise £600 for a specially made set of wheels which will help Tally until cash can be raised to pay for the prosthetics, which can only be fitted by Supervet Noel Fitzpatrick.

Tally was brought to the UK by charity Shar Pei Rescue Scotland, which operates on a shoestring budget but has rescued more than 600 dogs.

Foster mum, Karen Harvey, 48, said: “Tally is around 15 months old, that’s why we want to get prosthetics for her - because she’s young.

“I have got pictures of her chained to a tree with no front legs.

“She can get about in the front and back garden, by pushing herself about, and she can jump up on the couch but the imbalance is putting pressure on her spine and her hips.

“She will end up getting arthritis.

“We are fundraising to get her some wheels to take the weight off, but it will be about £10,000 for prosthetics.

“It will improve her quality of life.” 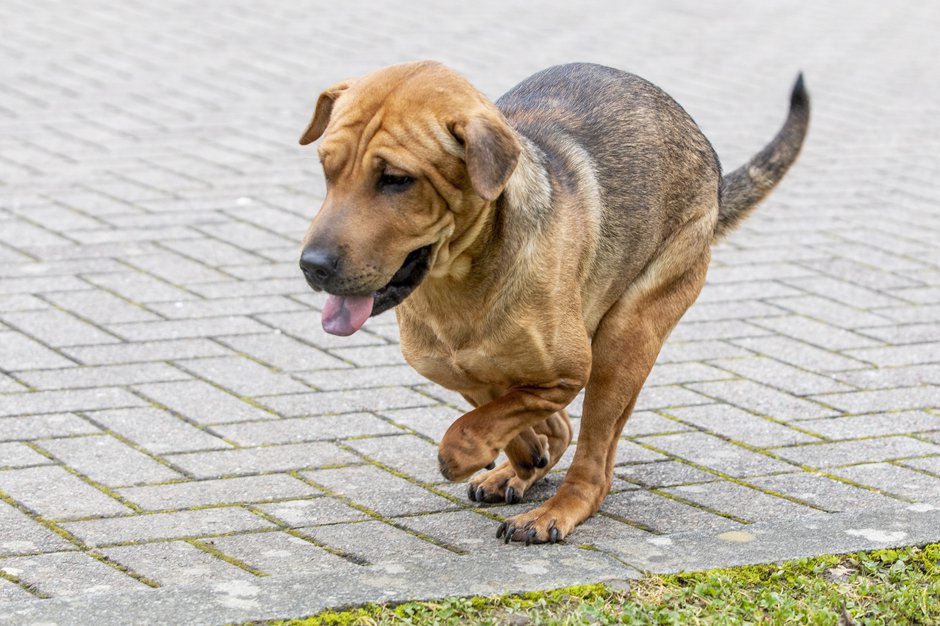 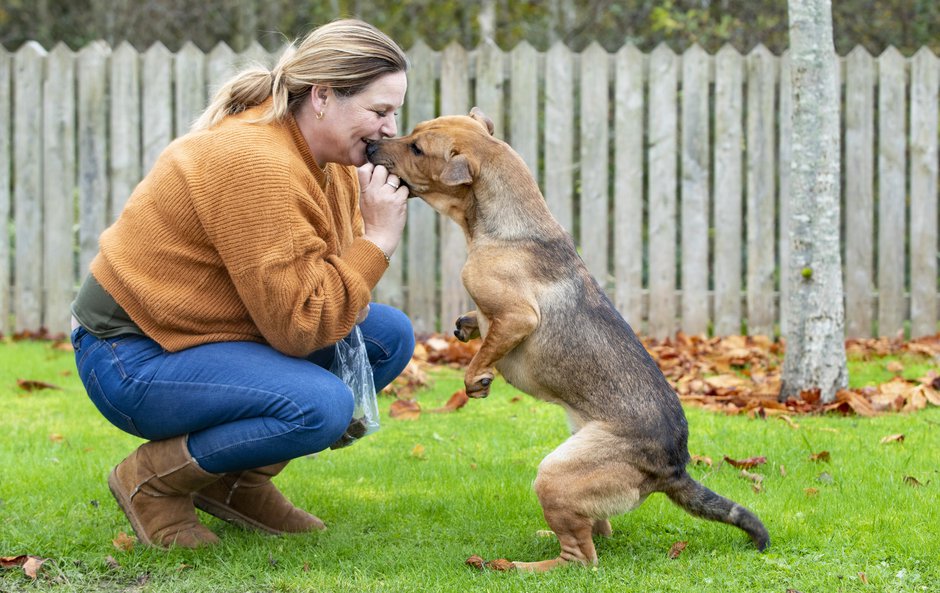 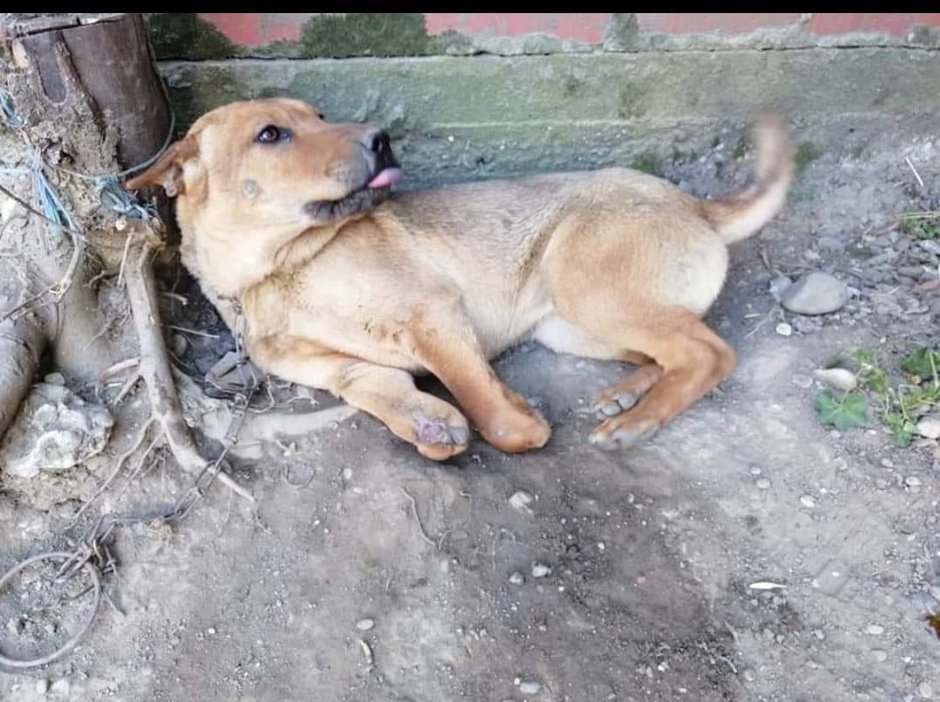 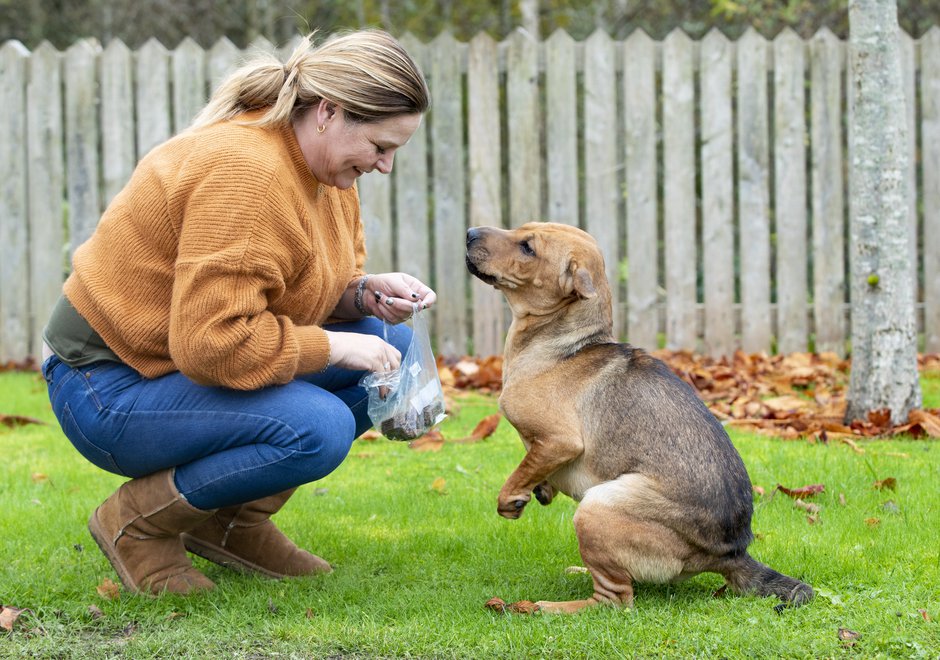 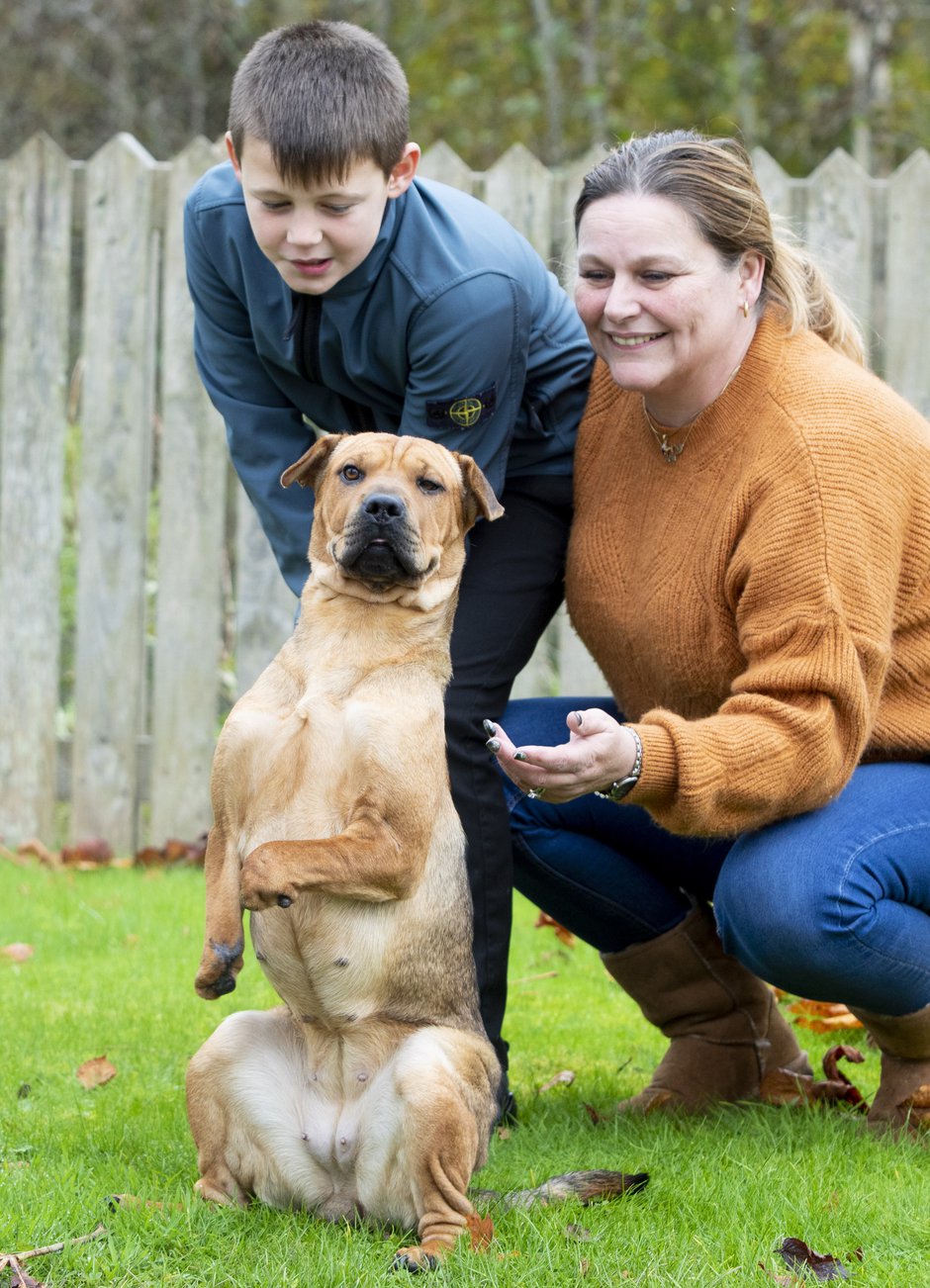 Her grandson, Tyler Roach, aged nine, dotes on the puppy.

Mum-of-two Karen, who has five grandchildren, said: “What happened to her is horrendous.

“Tally is such a loving girl.

“She just wants to cuddle and play.”

Karen had previously fostered another Shar Pei for her pal Gina McCallum, who runs the rescue charity.

Gina approached Karen to see if she could help provide a home for Tally.

Retiree Gina, from East Kilbride, South Lanarkshire, founded the charity in 2012 and partly funds it herself.

She said: “It took about six or seven months getting her here, and she has cost about £2,000 so far.

“We rescue a lot of dogs from Romania, Hungary, Bulgaria and Spain.

“All the pedigrees are quite common just now but Shar Peis are out of fashion.

“A lot of breeders are just dumping them in kill shelters, or abandoning them in the middle of nowhere.

“It is terrible - the vet who treated her had never seen anything like it before.

“Her bones had become infected.

“But she’s the happiest dog on the planet.

“When she was found, her tail just started wagging - someone had chopped her feet off but she still wanted to be around humans.”

The charity is hopeful that funding could be found through sponsorship from businesses.

It is run by volunteers but receives help from Taylor Vets in Cathkin, Glasgow.

Another seven or eight Shar Peirs are looking for homes in the UK.

Gina added: “We are always desperate for foster homes for the dogs.

“It’s amazing to see how well Tally has come on.

Donations can be made at donations_sprss@aol.com