Tim Fuge, 33, decided to take on the task after seeing a post online of another father using a pasty to demonstrate the measurements of his child 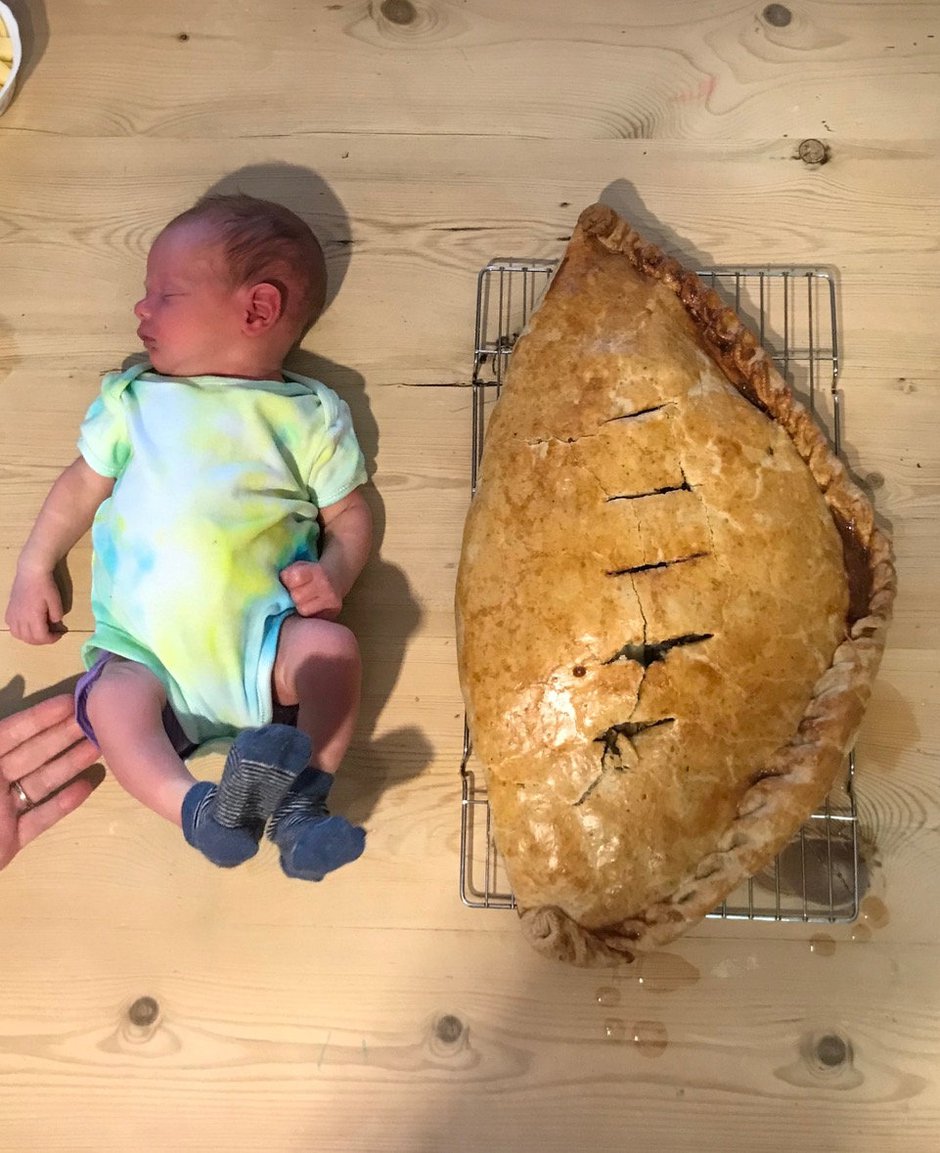 A dad baked a huge Cornish pasty to celebrate the birth of his son - matching the exact same size and weight of the baby.

Tim Fuge, 33, decided to take on the task after seeing a post online of another father using a pasty to demonstrate the measurements of his child.

It took Tim two-and-a-half hours to produce the 2.8 kilo (6.4lb) pasty after researching the method online and doing a practice run.

He said the hardest part was finding a tray big enough to cook on - discovering eventually that a grilling rack was the perfect size.

It then took him a staggering 19 hours to eat the 7,000 calorie Cornish treat - leaving him "absolutely stuffed".

The pasty - made to mark the birth of two-week-old baby Jowan - had a filling of beef skirt, swede, onion and potatoes.

Tim said: "I saw on Facebook that people are trying to make their own pasties as the bakeries and shops are shut.

"There was a picture of a bloke holding a pasty next to his baby to show how big it was. I thought: 'I can go one better'.

"I had never made a pasty before, apart from a couple of days before - but I had eaten plenty!

"I tried to work it all out. There's a Cornish Pasty Association website that gives you the ingredients.

"It came out bang up to how much the baby weighed when he was born. 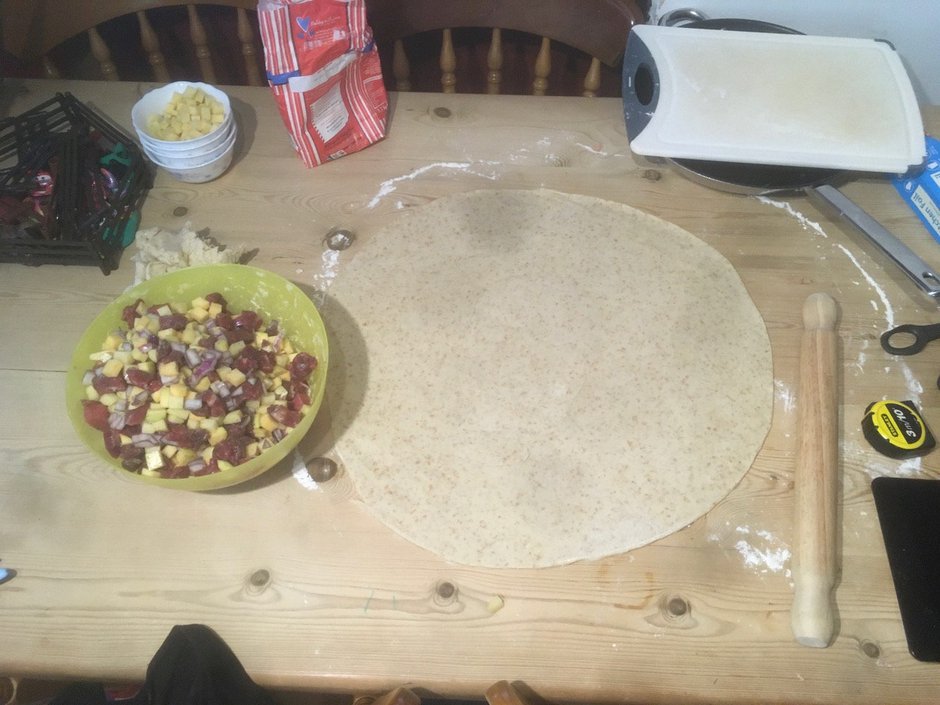 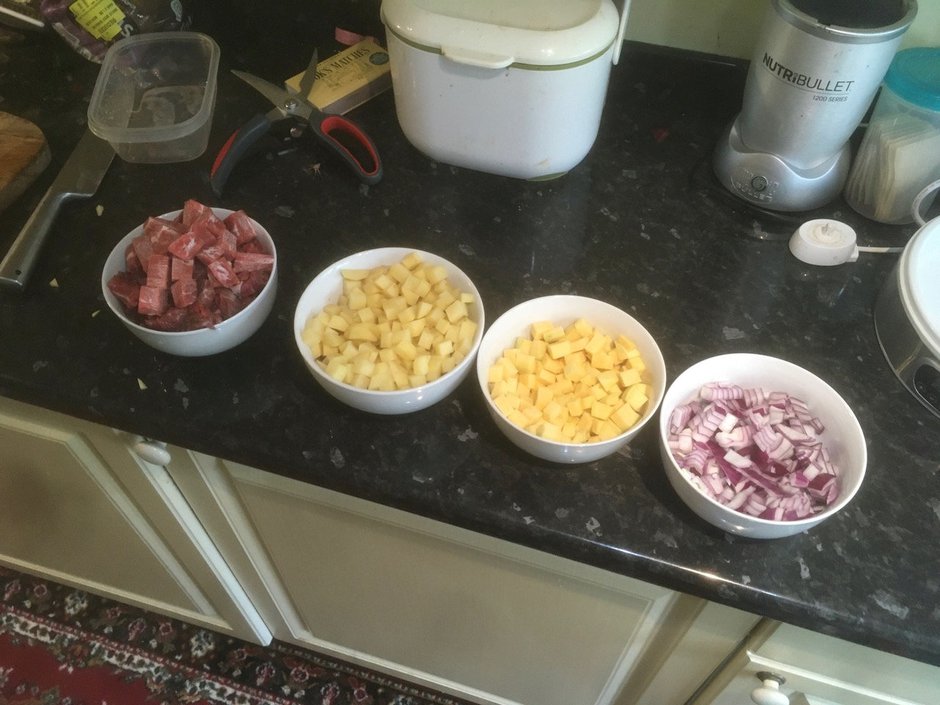 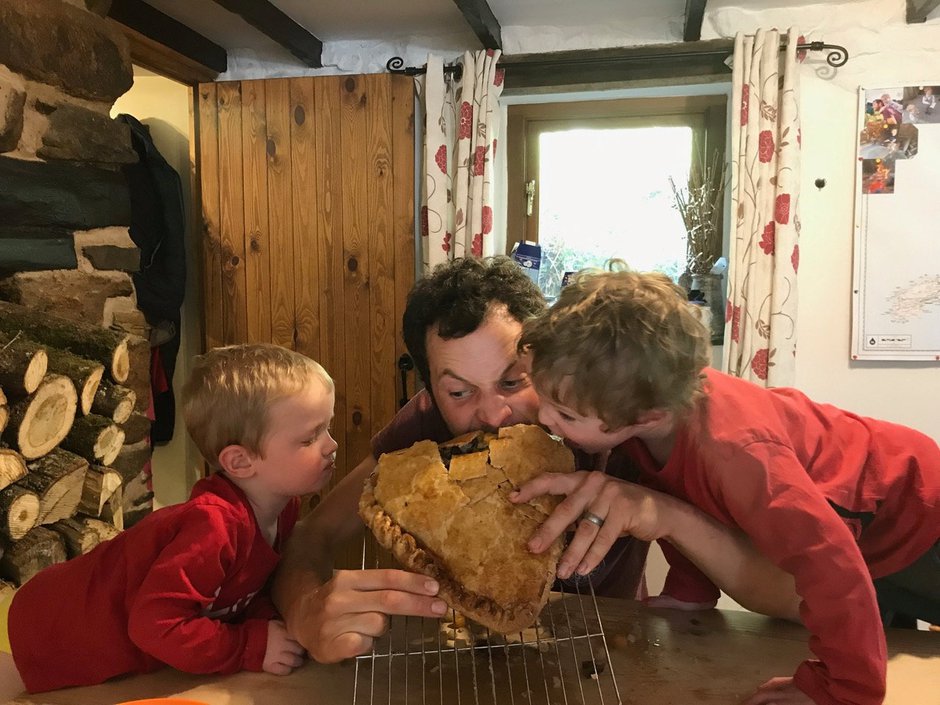 "It was then in the oven for two-and-a-half hours while we went for our daily walk.

"I didn't have any breakfast that day and started eating it at lunch. I finished it the next day. It actually tasted really, really good.

"My wife was annoyed because it was nicer than hers! But I had to get her to do the crimping.

"I think it's about 7,000 calories - I tried to work that out from the ingredients."

Tim lives in Liskeard, Cornwall, with wife Jen, 32, and other sons Aiden, four, and Rory, two.

A self-employed lead worker, he hasn't been able to work since the coronavirus lockdown was enforced - giving him the time to bake.

He added: "I wouldn't have had time to do this if I was still working.

"It's been nice to spend some more time with the kids.

"I do like cooking, but I don't normally get a chance - I walk in the door and my wife has made it."

Jowan was born on April 4. Tim baked the pasty on Thursday (16th) - the baby's original birth date. It measured half a metre (50cm) in diameter.