DEAD COOL! - Moment a Marvel fan has celebrated his 100th skydive - by jumping dressed as Deadpool 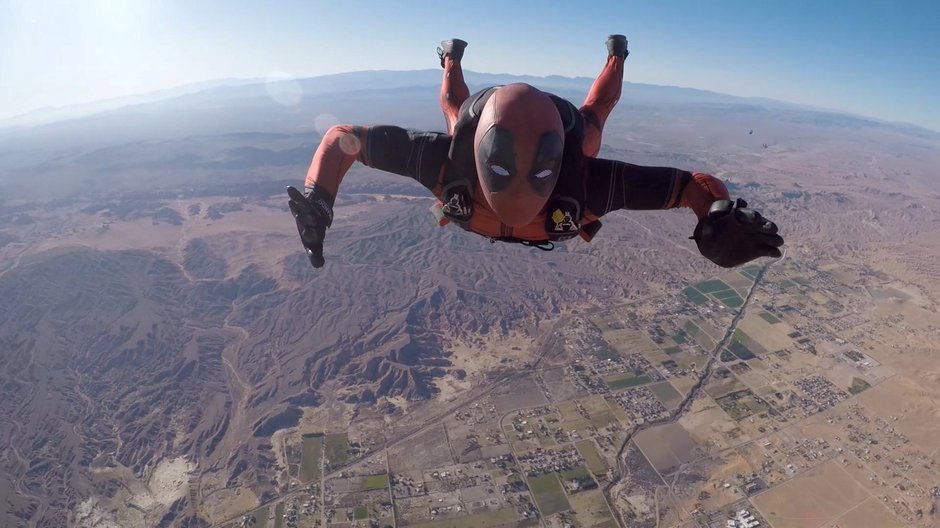 A Marvel fan has celebrated his 100th skydive - by jumping dressed as Deadpool.

He decided to wear the outfit after watching the skydiving scene in the second movie, when Deadpool jumps to the ground - only to be left hanging on a roadside sign.

Derek, from Las Vegas, said: "It ended up being a perfect day, and I was able to do the jump with five friends - one of them filming it!

"I had some amazing footage, and just wanted everyone to know that you can have loads of fun skydiving and going in fancy dress!

"Usually people do something fun to celebrate a milestone like the 100th jump.

"They jump naked, or in their underwear or something.

"Since mine happened to be on our hHalloween party, so I decided to wear a fun costume - and who's more fun than Deadpool?

"I mean, you also don't want anything loose or flapping or sticking out when you skydive because it can catch on your parachute, so the one-piece was a good pick!" 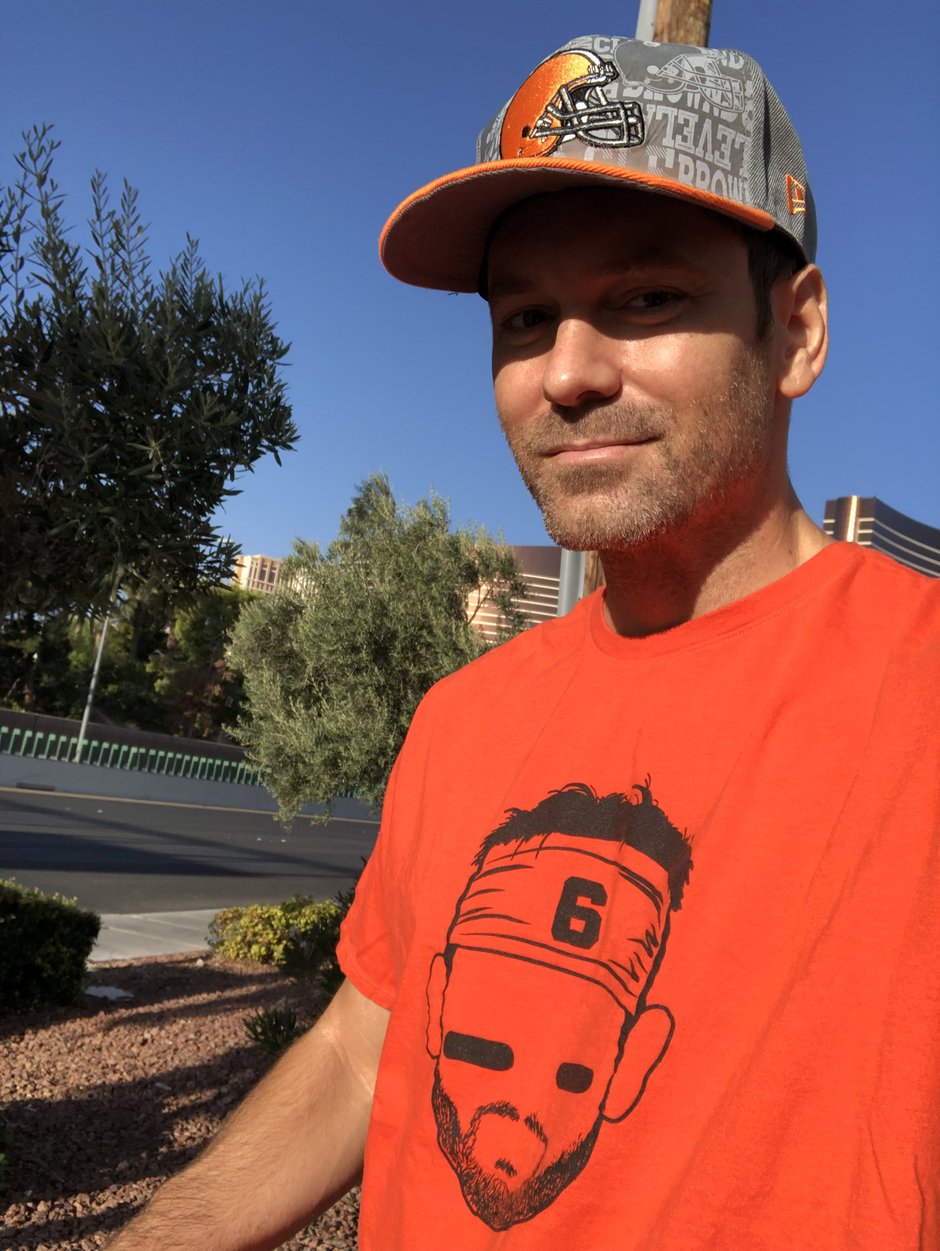 Derek first started skydiving in May because he always wanted to try it, jumping so regularly he got his licence in just four months.

He decided to dress as the 'Merc with a Mouth' for his 100th jump over Las Vegas, Nevada (USA) as he loves the loudmouthed hero.

Derek said: "I picked Deadpool because he's probably my favourite Marvel superhero - I've always been a fan of the comics, video games, and movies.

"And there's an epic skydiving scene in the Deadpool 2 movie.

"So I thought dressing as him would be a perfect fit!

"We had a load of fun, and it made for an awesome day!"

Derek jumped for the 100th time at around 2pm on October 26.