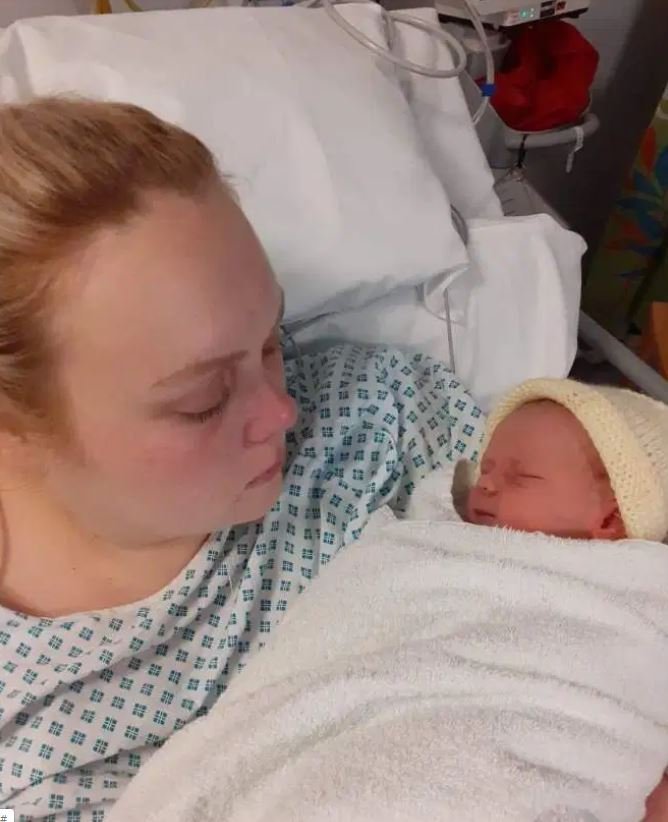 A mum has told how she was in utter agony after her epidural wore off midway through her c-section - and she could feel EVERYTHING.

Jodie Marsden, 27, had no idea of the nightmare that lay ahead when she arrived at hospital to be induced - but it left her vowing to never get pregnant again.

After two days of very slow labour, Jodie's unborn baby's heart started to dip with every contraction and doctors rushed her into theatre for an emergency c-section.

They gave her an epidural - an anaesthetic around the spinal cord - and while it worked at first, Jodie said she began to feel pain.

By the time she realised what was going on, she was in so much pain she could barely whisper - despite being able to feel the clamp, suction, "jiggling" and shoving inside her.

Thankfully baby Arthur was healthy but the whole experience - which happened on Friday the 13th - has put Jodie off having any more kids.

Jodie from Wakefield said: ""I could feel them juggling about inside my stomach - one person was shoving down on the top of my stomach whilst another was pulling the baby out.

"It was agony. I could feel the clamp inside me and the suction going around and I was really struggling to breathe."

"The whole experience was absolutely terrifying and I am totally traumatised from the birth.

"We said ourselves that he would wait until Friday the 13th to make an appearance, and then we noticed it was a full moon, but it never crossed our mind what would happen.

"I could feel them actually pulling my stomach apart as they were ripping the muscles and I was in extreme pain.

"It felt like I was screaming in pain, but my partner said it was only coming out as a whisper, but luckily they could see I was uncomfortable.

"I'm never having another baby ever again, that's for sure."

Dog groomer Jodie was in no rush to start a family after tying the knot with husband Matt, 34, in September 2018.

The miscarriage changed Jodie's thoughts on motherhood, and after celebrating their first Christmas as a married couple, the pair found out Josie was pregnant again.

Jodie said: "We didn't actually plan on having children so soon after the wedding, as I'm a very career driven person and wanted to focus on my dog grooming business.

"I've never really been a maternal person, it was never something I had in a plan and I could never see myself with children, but the miscarriage changed my way of thinking.

"After the miscarriage, I was convinced that there was something wrong with me.

"We had no plans to try again, we just went with the flow and said if it happens, then it happens, and if it doesn't, then it wasn't supposed to be.

"I found out I was pregnant again just after Christmas, and although I was happy, it was a tough set of emotions to deal with as I was convinced it was all going to happen again."

She developed pregnancy hypertension in the last six weeks of her pregnancy so was induced on her due date, 11 September 2019, at Pinderfields Hospital, Wakefield. 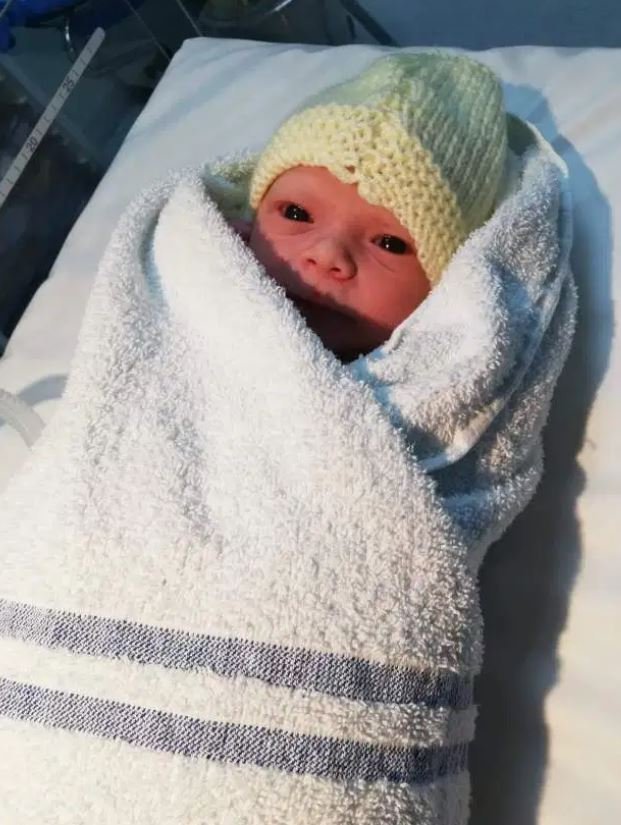 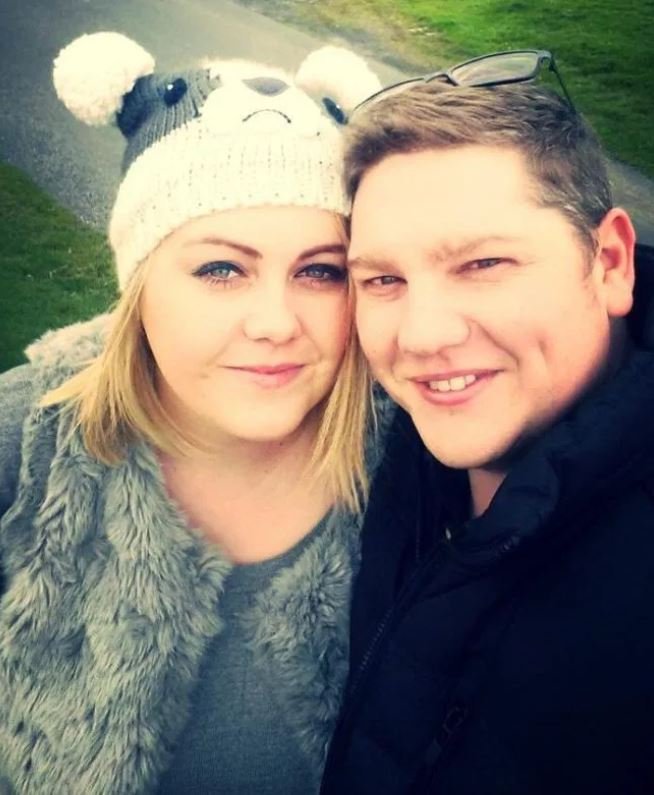 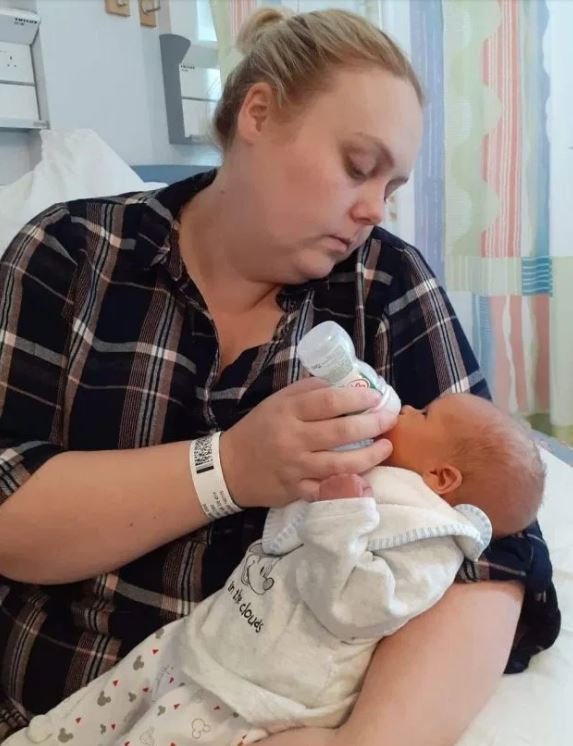 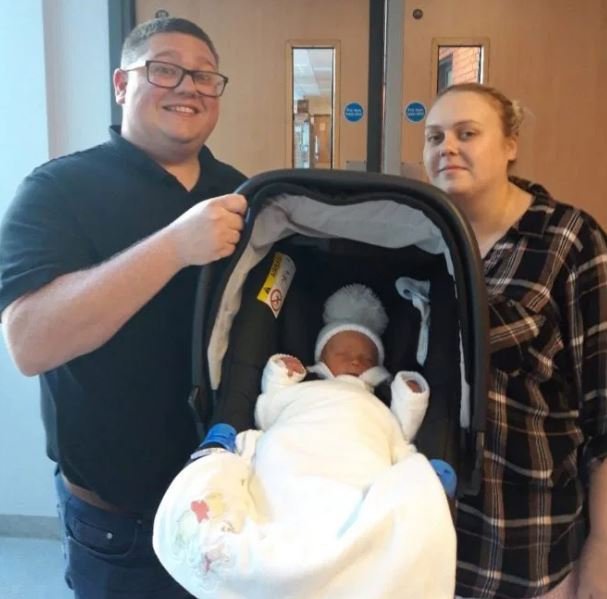 Doctors administered an epidural, but two days later, she had only dilated 6cm and was given a hormone drip as well to encourage her baby to arrive.

Once in theatre, doctors upped the dose of Jodie's epidural, but despite checks to ensure she was numb, all hell broke loose when she could suddenly feel everything.

Jodie said: "They did multiple checks to make sure I was numb, with an ice cold spray on several areas of my stomach, followed by jabbing me with a needle, and all was fine, I was numb.

"For the incision, I just felt slight pressure, but then I felt them actually pulling my stomach apart as they were ripping the muscles and I was in so much pain.

"The anaesthetist was asking me if it was pain or pressure, and I was saying pain, but Matt said it was just like a whisper coming out of me.

"They could see I was uncomfortable, so they gave me more medication to try and get the pain under control but I was still in pain."

Jodie's pain relief from the epidural had stopped working in the middle of her c-section, and the first time mum was able to feel the entire procedure.

Her blood pressure rose dangerously and after her baby Arthur was born, doctors were forced to put her under general anaesthetic, fearing she might suffer a stroke or heart attack.

The young mum lost 2.5 pints of blood and stayed in theatre for another hour and a half before being monitored in recovery for 16 hours.

Jodie said: "When they finally pulled Arthur out, all I remember was hearing this little scream which suddenly stopped.

"I can't remember seeing him, and I turned to Matt and repeatedly asked him 'Where is my baby?'

"Then it was like an out of body experience, I could hear things but it was like I was just watching from above.

"I could hear them saying they needed to get the bleeding under control, and then the anaesthetist said 'We're going to have to send you to sleep'.

"They escorted Matt out and then took Arthur to see him and my mum, but I had to stay in theatre for another hour and a half without holding my baby.

"Before the c-section, the anaesthetist told me that general anaesthetic is literally the last resort because it's best for mums to have skin to skin contact straight away, but nothing was working for me so they had to do it."

Jodie finally got to hold her baby boy Arthur the next day, and thankfully the young mum is now doing well and is back home with her family.

Traumatised by the experience, Jodie has decided not to have any more children and is focusing on raising her only son.

Jodie said: "It definitely wasn't what we expected - it's not like you see on One Born Every Minute where they're laid all calm and comfortable.

"It was like living in a nightmare, and I'm definitely not having any more children.

"I love Arthur and am enjoying being a mum, but there's no way I'm going through that all ever again."

Clinical background information released by Pinderfields Hospital states that when a woman has an epidural for labour, it can be topped up for a c-section, which means a stronger solution of analgesia would be administered to the patient.

During a c-section under local anaesthetic, the hospital advises women that they will feel some pressure during the surgery, and if a woman complains of pain, the surgery is stopped and analgesia is given.

Anaesthetists can not administer a spinal block during a c-section but they can top up the epidural and if an epidural is not effective then a woman will be given analgesia (such as morphine or diamorphine) through an intravenous drip.

The hospital states that if a woman is still not comfortable at this point they will be given a general anaesthetic, however the priority is to get the baby delivered if the uterus is open and cord exposed.

Where mothers have raised blood pressure, it is normal that they would be monitored closely for 12 or more hours following surgery.