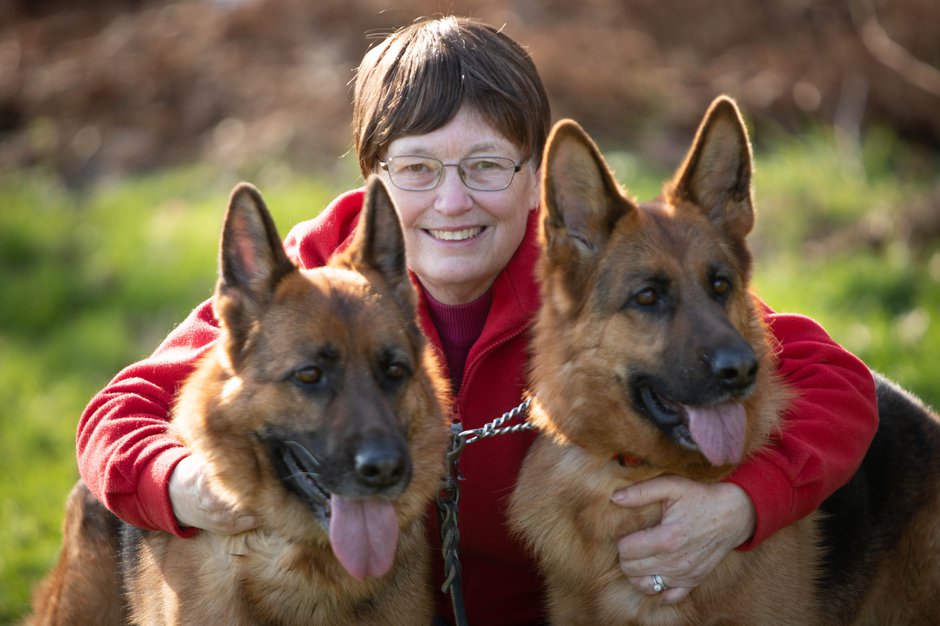 A dog lover says she owes her life to her two German shepherds - after they detected her breast CANCER.

Linda Munkley, 65, was left baffled when five-year-old dog Bea began frequently leaping up at her and headbutting or pawing at her chest.

She thought her dog was just being a nuisance - but as the odd behaviour went on, Linda began checking her breasts, at first finding nothing unusual.

But after about six weeks, Linda began to feel a tingling sensation spreading from her chest and under her arms.

A mammogram in October 2018 revealed that Linda, from Bargoed, in the South Wales Valleys, did in fact have a fast-growing, aggressive form of breast cancer.

But after six months of chemotherapy and a month of radiotherapy, as well as an operation to remove the lump, doctors told Linda her cancer was completely gone - and that her dogs had saved her life.

Mum-of-one Linda, who owns four German Shepherds, said: "The doctor was amazed. She told me to go home and give my dogs a hug, because they had saved my life.

"She said it was one of the most successful set of chemotherapy results they had ever seen.

"The cancer was aggressive, but my dogs had alerted me to it so early, before there was even a lump there, that the chemotherapy managed to kill off the cancerous cells completely."

Linda said Bea first started acting up at the end of August 2018.

She said: "She kept jumping up at me, headbutting my chest.

"To be honest, I was getting quite annoyed with it, because she was hurting me. I kept pushing her down.

"But after about six to eight weeks of this behaviour, I kept feeling my breasts.

"I went for a mammogram in October, and then I went on holiday.

"But while I was away, I knew something was wrong. I could feel there was a lump, and that it was spreading under my arms.

"Then, when I came back from holiday I had a letter waiting for me, telling me to go and see a surgeon two days after I got back.

"That's when I knew something was wrong - because it seemed far too quick," she said.

Linda went to see her surgeon, who told her that she had the human epidermal growth factor 2 (HER2) gene, which causes the cells to grow too fast and leads to the development of breast cancer. 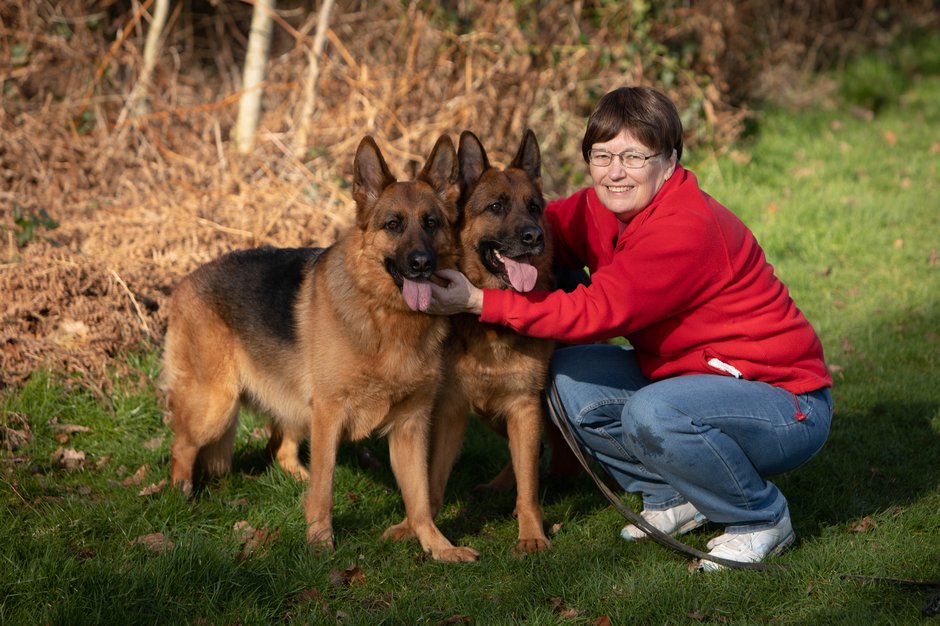 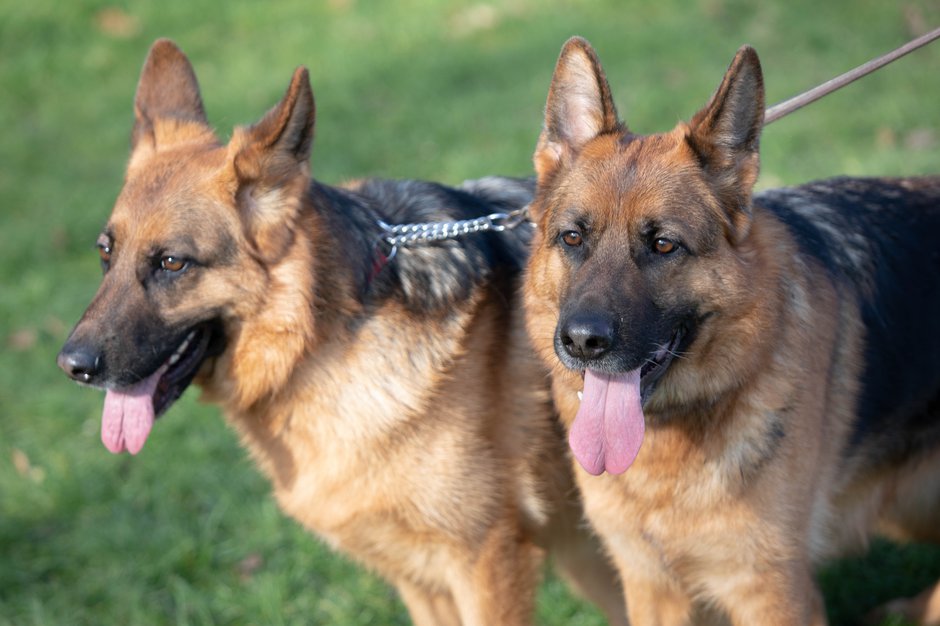 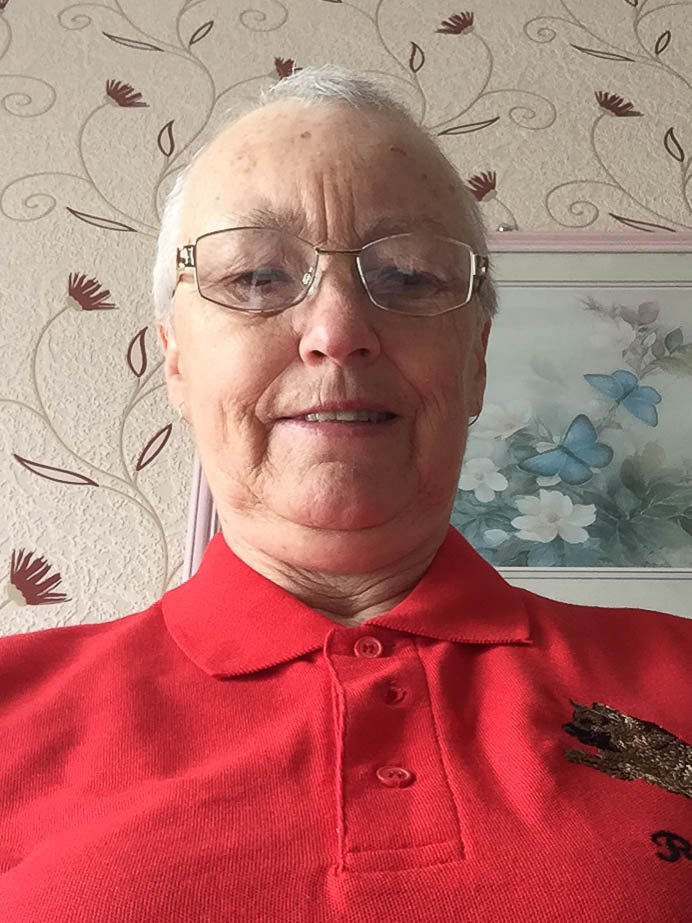 In November, she began a six-month course of chemotherapy - and noticed that Bea's daughter Enya, three, began to exhibit the same odd behaviour as her mum.

"As my chemotherapy started, Enya started coming to me every morning and smelling my chest, really deeply," said Linda.

"Three months into the chemo, Enya stopped doing this.

After finishing her chemotherapy, Linda then waited six weeks before having the operation to remove her lump.

She then waited a further six weeks before beginning a course of radiotherapy, every day for a month.

After she had finished her treatment, doctors told Linda that the cancerous cells in her lymph nodes were either non-malignant, or some were pre-malignant - effectively, her cancer had been killed off.

Linda is currently undergoing a form of chemotherapy every three weeks to prevent the cancer from returning - but she hopes to be discharged and given the all-clear soon.

She said: "Words can't describe how grateful I am to Bea and Enya. They saved my life.

"In the beginning, it never even dawned on me what they were doing. I just thought they were being nuiscances.

"I have two male dogs, but they never detected anything was wrong - it was just my two girls."

Linda added: "We've always spoilt them and given them lots of attention.

"We've always bred dogs for show, so they're very used to lots of people around and lots of attention. They're so friendly.

"It just goes to show how incredible dogs really are," Linda added.

It is well known that pets, particularly dogs, have heightened senses hundreds of times better than those of humans.

This makes them ideal to be trained as assistance and medical detection pets so they can alert owners with health conditions of any serious impending medical event.

Research is also currently being undertaken to see if dogs can detect diseases, such as cancer, through smell.