Tucking into a doner on board a London bus normally brings groans from fellow passengers, but it's positively encouraged at Last Stop Kebab in Edmonton, north London 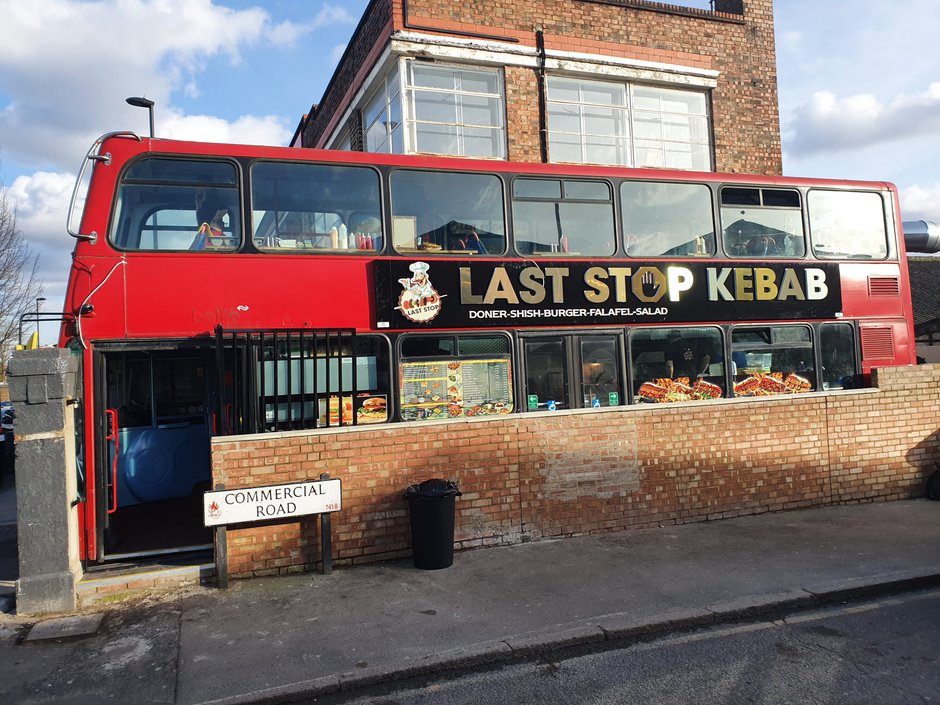 Tucking into a doner on board a London bus normally brings groans from fellow passengers, but it's positively encouraged at Last Stop Kebab in Edmonton, north London.

The bus themed Turkish restaurant can seat 40 customers at a time, and the on board experience includes the original TfL moquette designs on the seats.

There were only 20 days between when ambitious owner Firat Amara first thought of the idea to renovate a former Tansport for London double-decker bus and when he bought it on December 20.

From there it was hard work to transform it into a place fit for dining and it took two months to get everything ready.

Firat and two colleagues had to remove some seats, remove the engine and the back tyres to allow space for tables, chairs, a kitchen and the all-important doner kebab machine.

The gas, electricity and water needed to run the business comes from the supermarket Fnext door that Firat part-owns.

The 41-year-old was very coy about the bus he bought in London and did not want to reveal how much he had paid for it.

“That’s a secret,” he chuckled.

“It cost me a lot of money but I don’t want to say how much I spent on it.

“I thought, everything is running on social media.

He was not wrong, so far videos of the creative concept have been liked more than 450,000 times on social media and people are travelling from all over London to experience the service themselves.

“All day we’ve been busy and haven’t been stopped, I hope that carries on.

“We are so happy because we did something and people are giving good appreciation.” 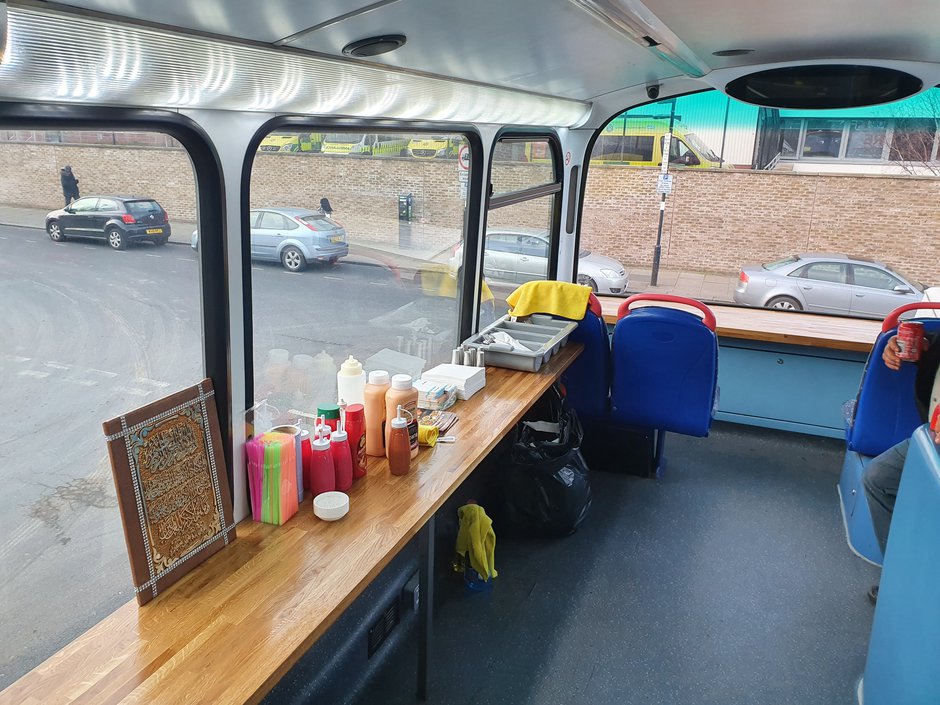 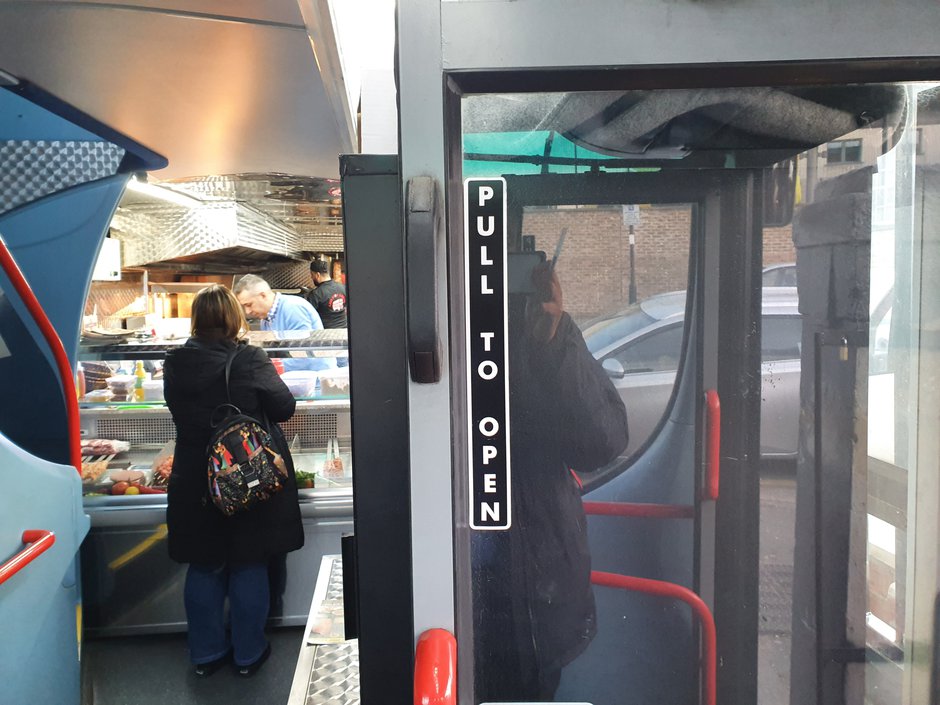 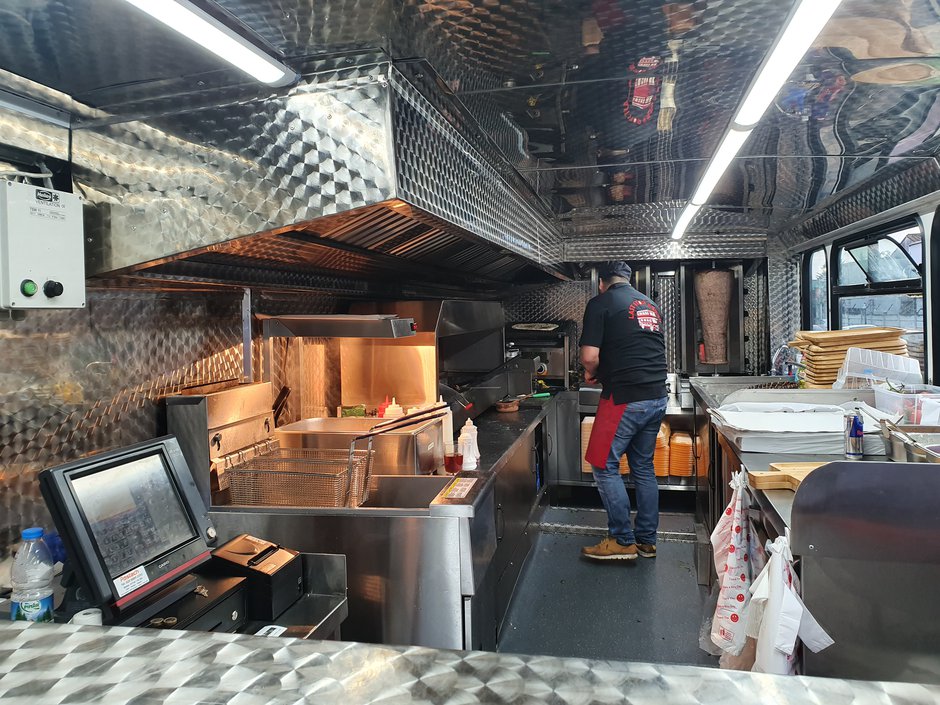 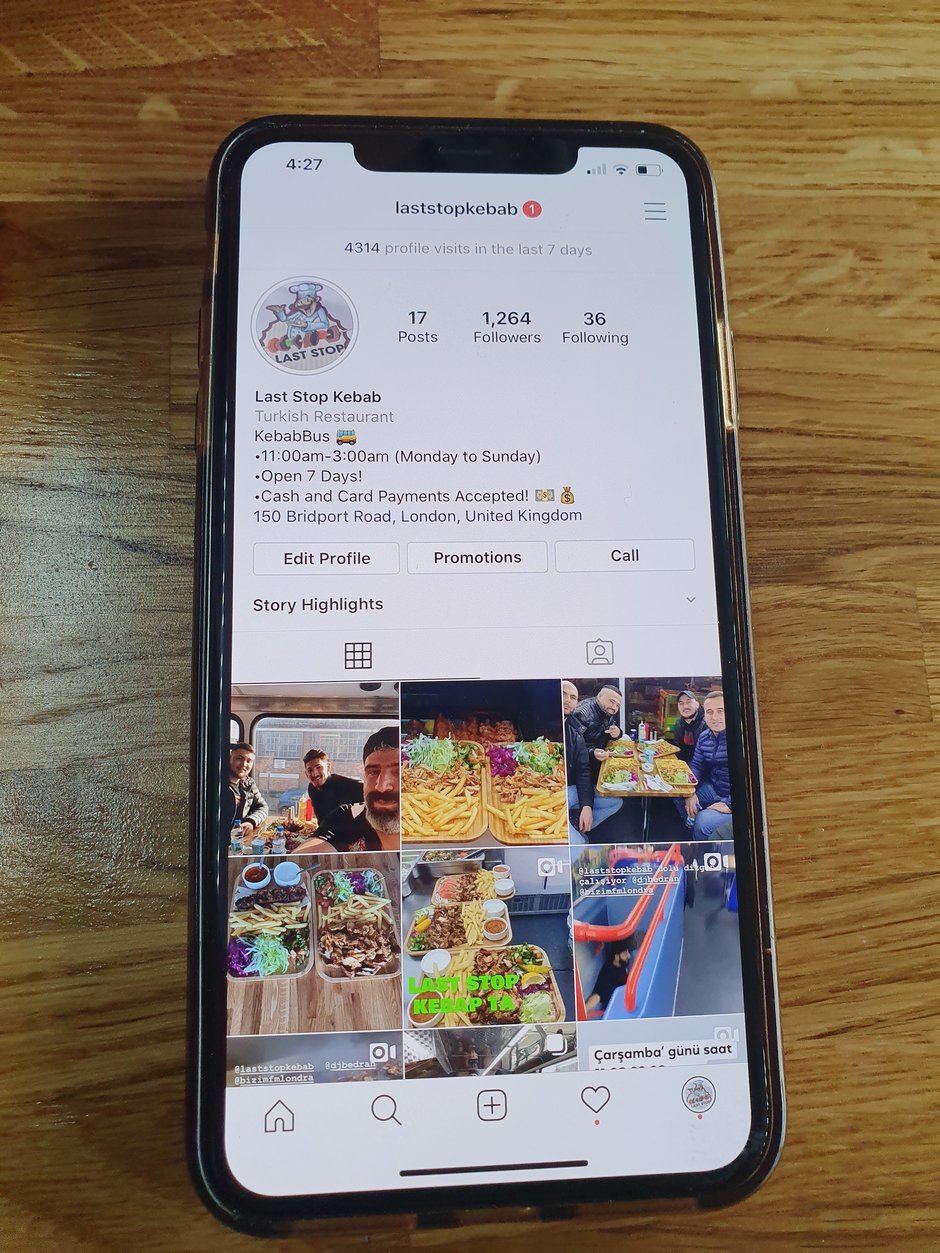 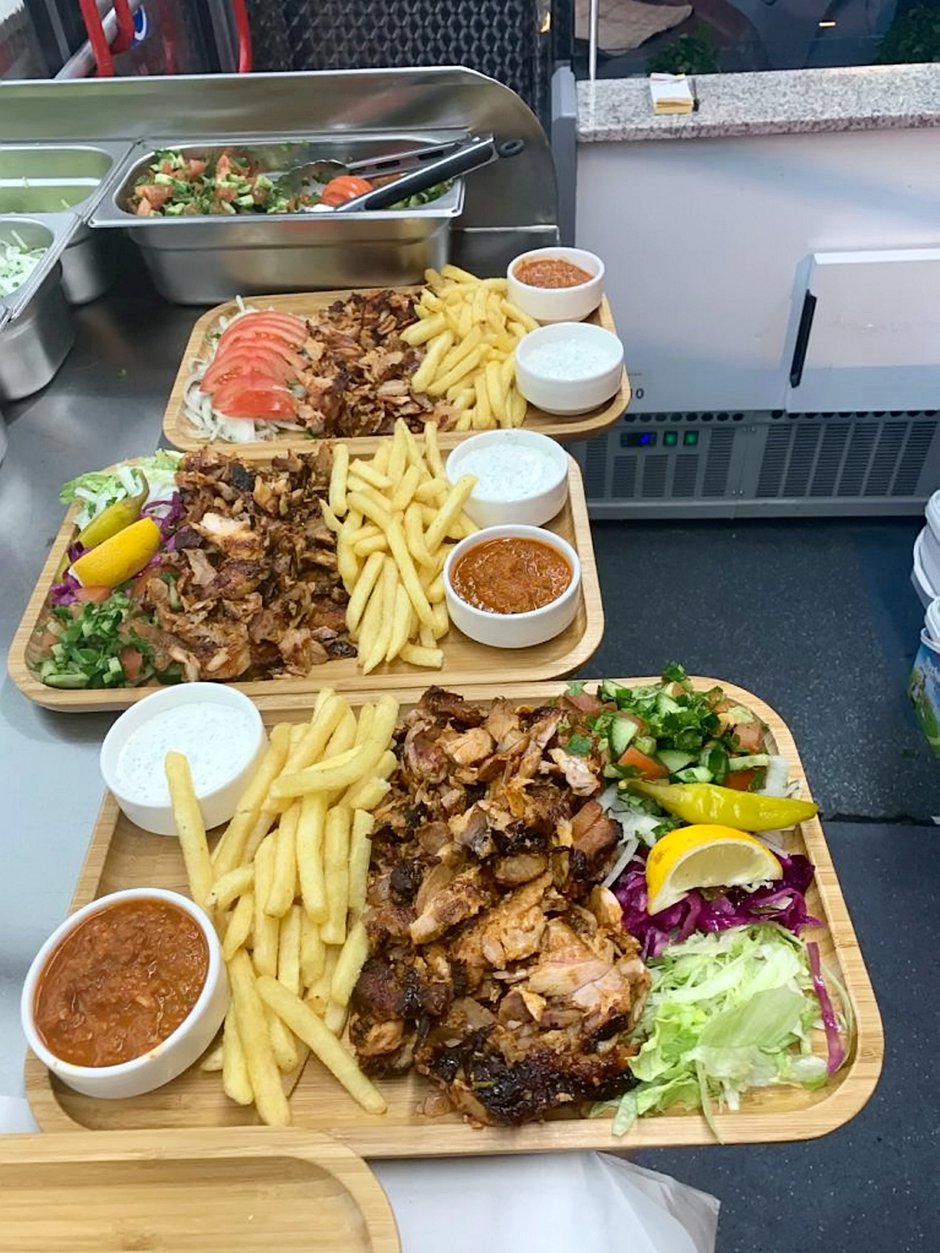 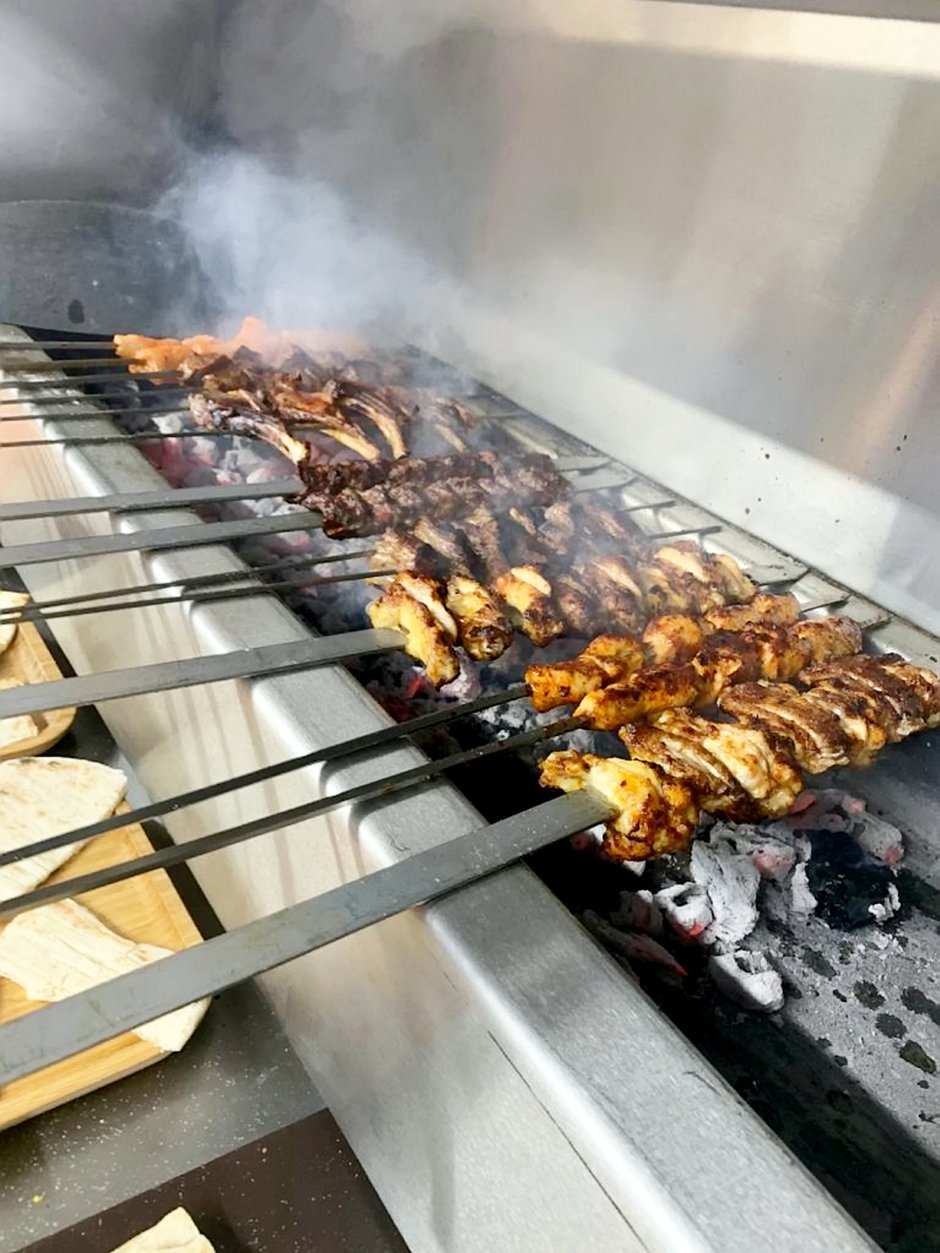 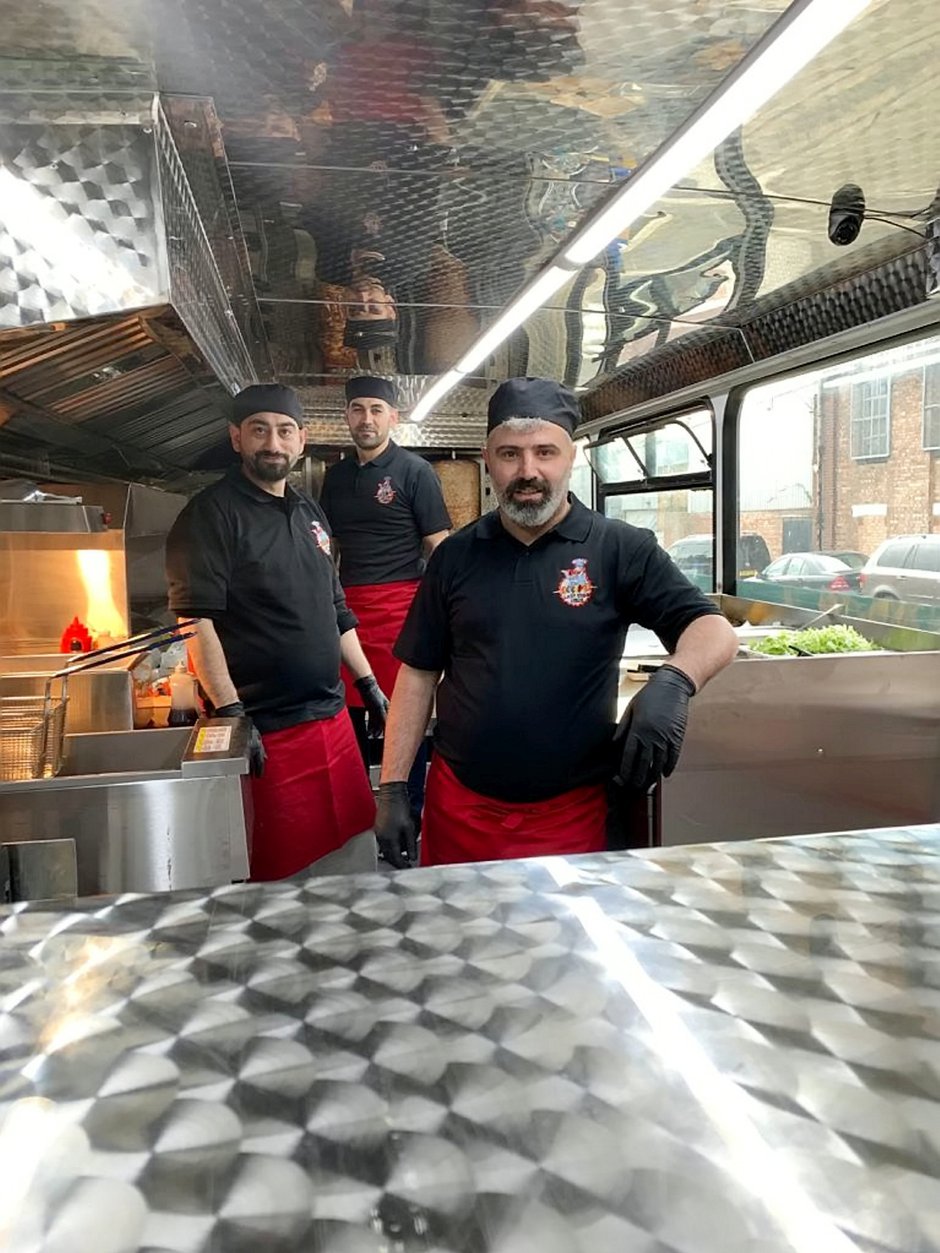 Since opening, Last Stop Kebab has been very busy with the upstairs packed, the downstairs full and queues of people outside of the door.

There is only space for three members of staff in the tiny, yet packed kitchen of the operation.

Customers should not worry about entertainment as there is Turkish music blasting through the bus’s original tannoy system as they tuck-in.

However, despite all its perks, like on all London buses, there is no toilet on-board.

There were a lot of people in the Edmonton area asking for hot food, both residents and visitors and employees of North Middlesex hospital because the nearest restaurant is a 20-minute walk away.

Firat was determined to think outside of the box and use his 25 years’ kebab experience to start something revolutionary.

He said: “I was always going to do it because at the end of the day what you put in is what you get back.

“You get the fruits from the tree, now it’s the sweet time and we are enjoying the customers.

“I love risk because when you do business, it’s a risky job, if you put in risk you get the money.

“So far, it’s working very well, I’m so happy and they make me so excited each time.”

The kebab bus serves a combination of kebabs, fresh salads and delicious wraps to customers every day from 11am to 3am.

One friend of Firat told him to scrap his entire plan before it even started and has been surprised at how successful it has been.

Firat added: “It wasn’t a surprise to me I knew it woyld happen.

“I asked my customers everyone said to go ahead with it, and they asked me every day when is it going to be open?”

The entrepreneur is already thinking about buying more buses and expanding to central London and Stratford in east London to tap in to different markets.