Bleu Greenwood has just taken his first steps at the age of four after being born with stage five cerebral palsy - causing extreme limb spasticity leaving him unable to use them. 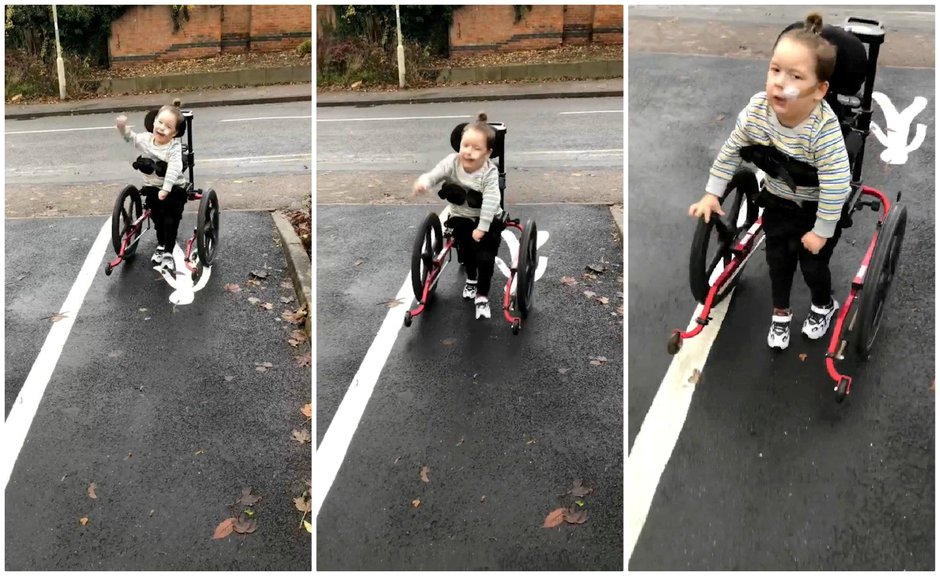 A four-year-old boy told he'd never walk gave a huge grin when he toddled into nursery for the very first time - after his parents saved for his entire life to pay for an operation.

Bleu Greenwood was born with the most restrictive type of cerebral palsy and his parents were told he'd never walk alone.

But they refused to give up, and spent his entire life scrimping and saving £10,000 for a private operation which he had this summer.

And after months of intensive therapy he had his teachers in floods of tears when he walked into nursery on his own two feet for the first time, earlier this month.

With a huge cheeky grin on his face, the little lad padded into school using his walker - taking steps doctors never thought were possible.

Proud parents Rielle Chapple, 27, and Dale Greenwood, 28, said it was the best feeling in the world.

Former restaurant manager and now full time carer Rielle, from Leicester, said: "It was the most emotional moment of my life.

“It was so lovely and overwhelming to see because we never ever thought it would happen.

“It just shows how determined he is and we are so proud of him.

“We all had a massive celebration when he did walk for the first time.

"Everyone was crying because it was such a happy moment.

“And you could see how happy it made him.”

Bleu's twin died during pregnancy but he was born on August 27, 2015 at Leicester Royal Infirmary and Rielle said she had no idea he was suffering from any problems.

But Rielle, who is currently three months pregnant, said it became clear “something wasn’t right” a few hours after birth.

She said: “He was doing weird jerking movements and I knew something was wrong.

“Then when he was 10 days old he started having seizures.

“By the time he got to four months he wasn’t hitting any milestones and that’s when we got the diagnosis.

“They said it was the most severe case of cerebral palsy and said he’d never be able to talk.

“But they also said even with surgery he’d never walk."

Bleu's has stage five cerebral palsy - the kind with the most limited movement - so was not eligible for an operation on the NHS.

But his parents refused to take no for an answer and started fundraising when he was just ten months old.

They finally raised £10,000 so he could have selective dorsal rhizotomy surgery privately in June. 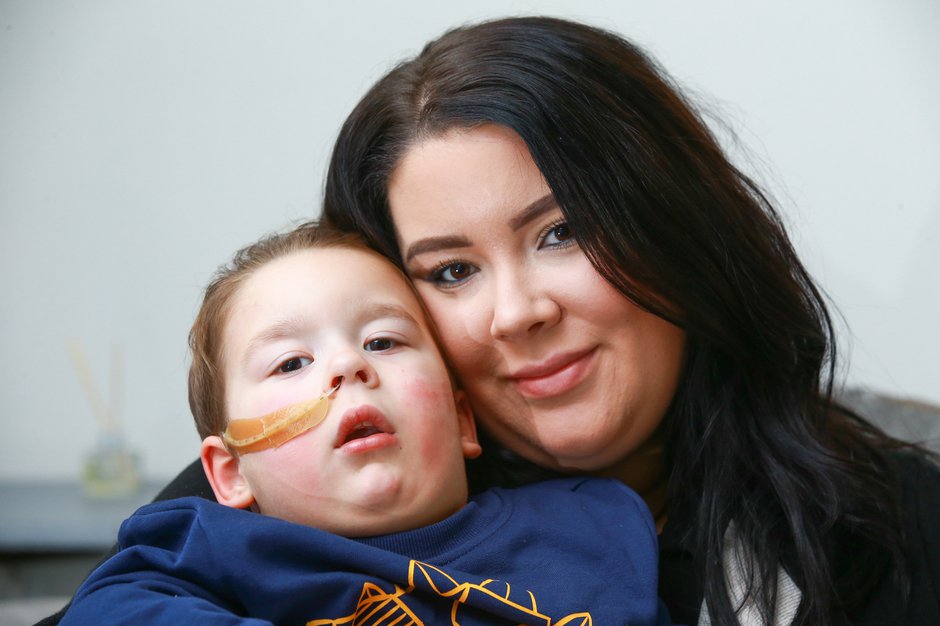 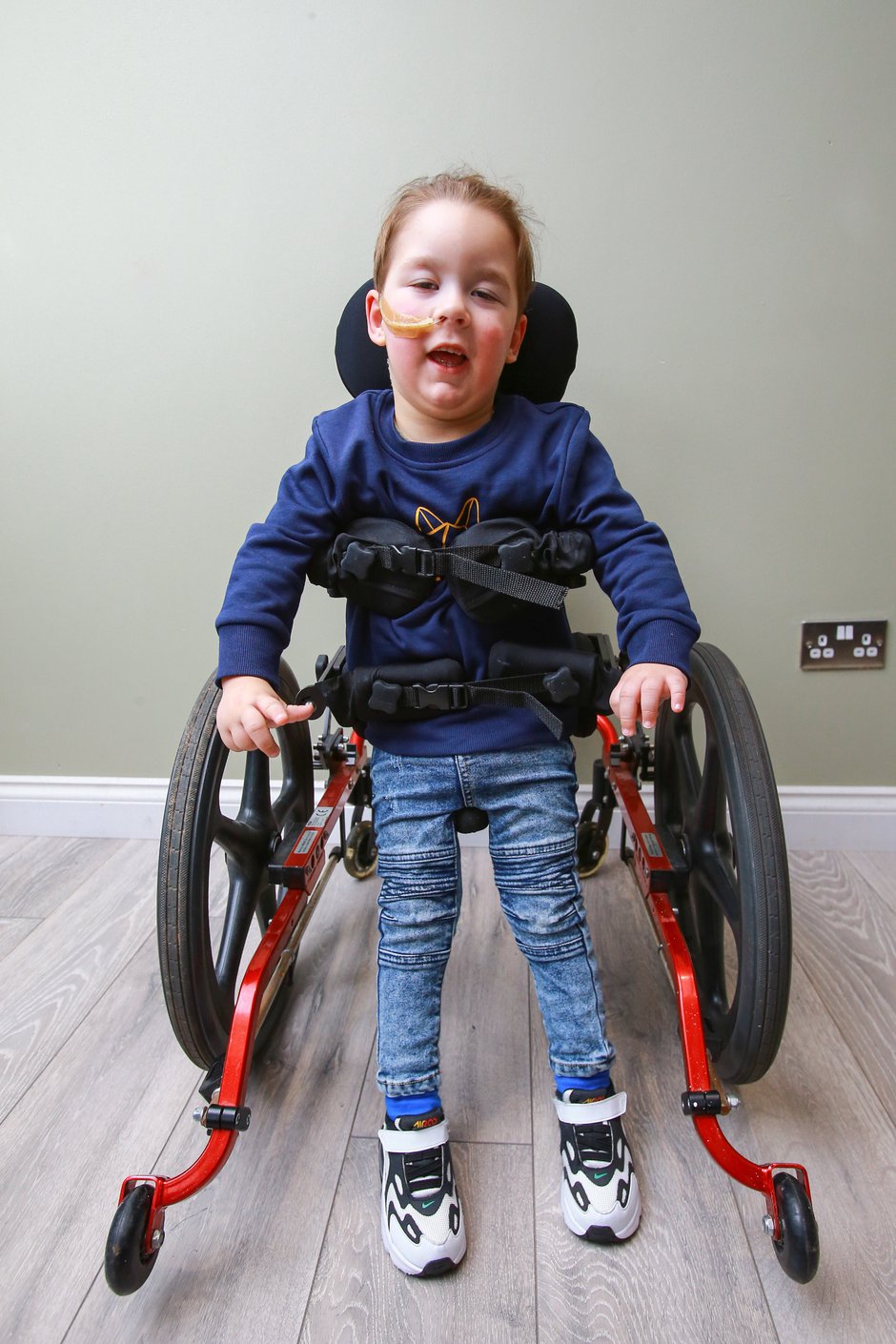 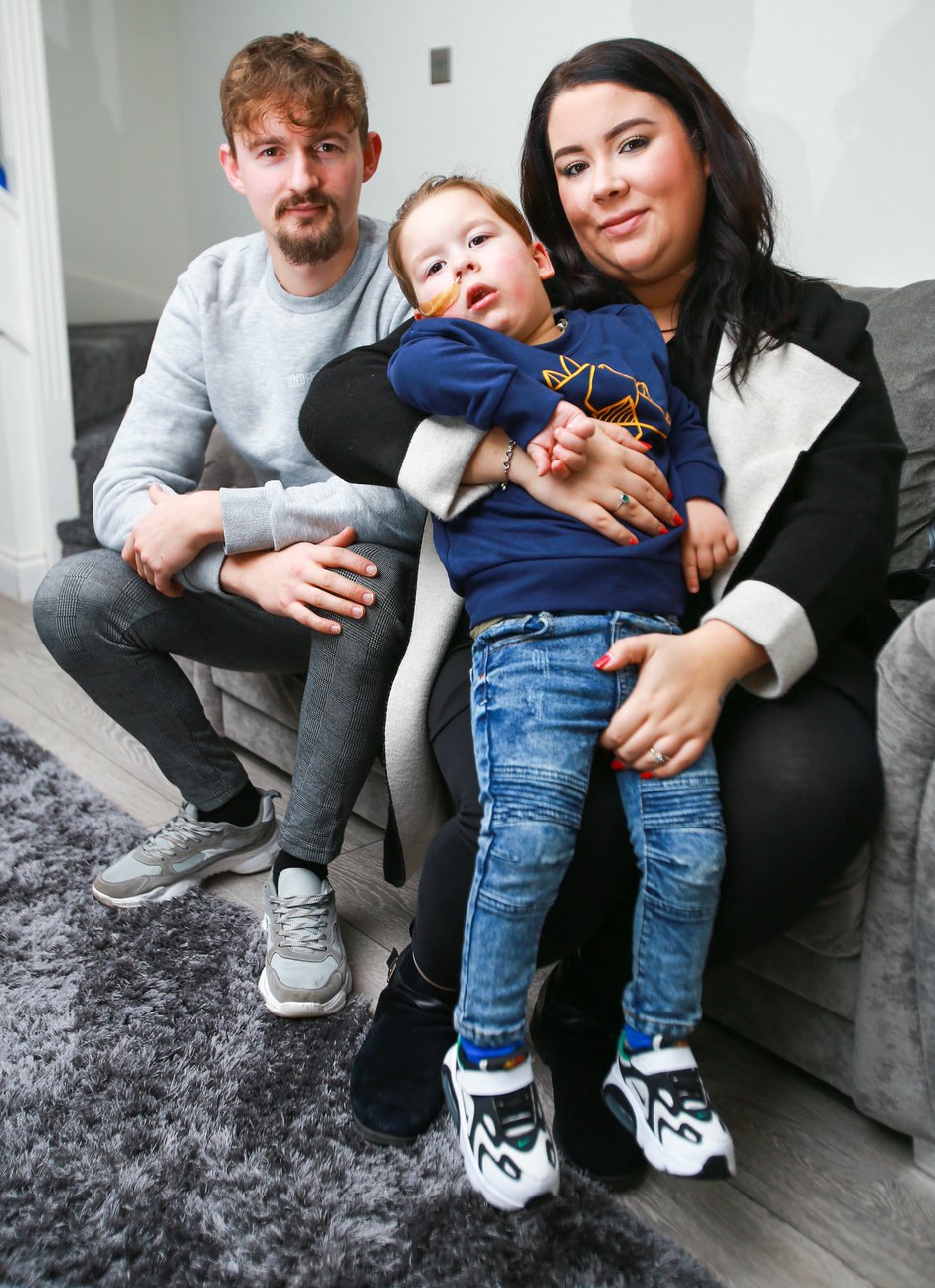 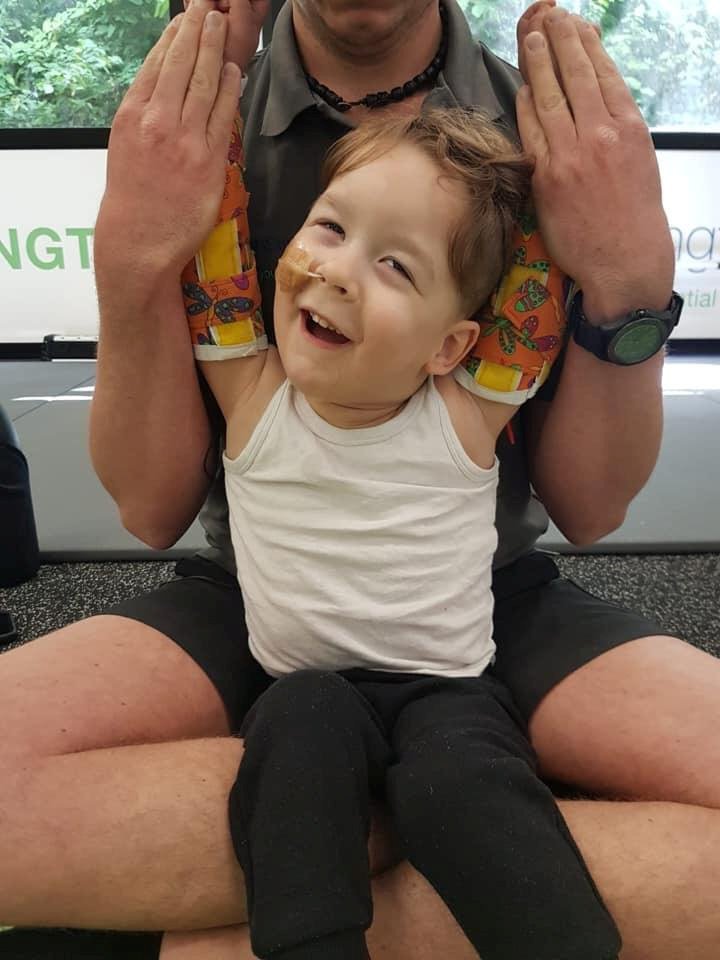 The operation at Nottingham’s Queen’s Medical Centre saw surgeons cut the nerve rootlets in his spinal cord which were sending abnormal signals to his muscles, causing them to contract and stiffen.

Rielle said: "We wanted to do anything we could to help him.

"We have fundraised for this operation his whole life, but it is only really beneficial to him if it is followed by intense therapy."

Post-op Bleu travelled all over the UK for intense physiotherapy sessions, costing £90 an hour.

And after five months of sessions, Bleu was finally able to take his first steps in the park using his walker, on November 13.

A day later he dazzled his friends and teachers at Wigston Menphys Nursery School by walking into school.

Rielle said: “He has made so much progress since surgery and has improved massively.

“He has no pain now and is on a really good path moving forwards.

“We will try to get the best out of him, for his sake.”

His great strides come despite him being hospitalised for infections and breathing difficulties in January.

At the time Rielle and catering manager Dale were told to “prepare for the worst”.

But little Bleu, who has also battled pneumonia, staphylococcus infection and sepsis twice, pulled through.

Bleu’s parents aren’t sure what the future holds.

Rielle said: “He is very severe and does have a shortened life expectancy.

“The operation has made him more independent and has improved his quality of life massively.”

Rielle and Dale are constantly fundraising to help pay for expensive medical and physiotherapy bills.