Captured on film by Professional BASE jumper Chris ‘Douggs’ McDougall the stunning video shows the colourful band of 26 base jumpers perched precariously on the edge of a cliff in Kjerag, Norway. 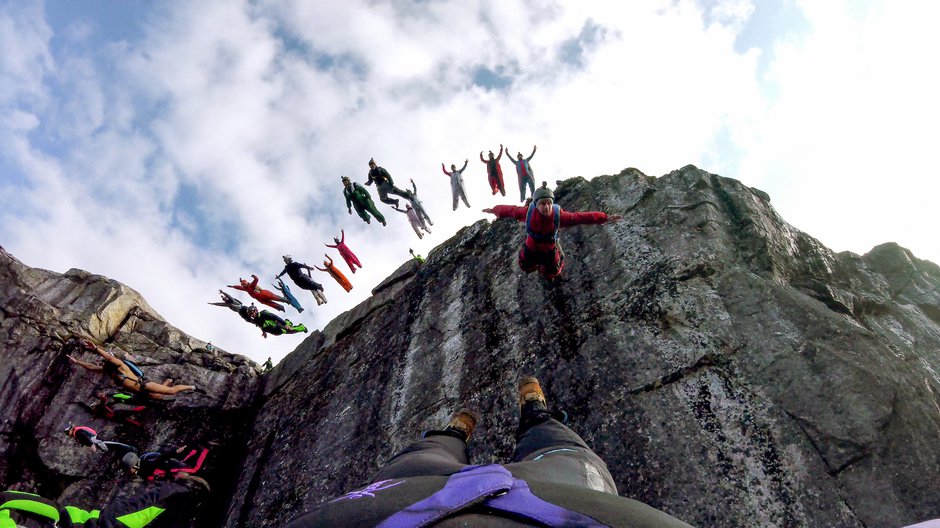 This is the mesmerising moment a troop of BASE jumpers leapt from a cliff in a mass formation - that resembles a human WATERFALL.

Captured on film by Professional BASE jumper Chris ‘Douggs’ McDougall the video shows the colourful 26 daredevils perched on the edge of a cliff in Kjerag, Norway.

They jump from the cliff in sequence plunge towards the ground in a waterfall formation that is an absolute visual delight.

Chris, 47 from Switzerland who organized the record BASE jump said: ''We were training with our school for 10 days before the jump and when the weather was perfect, we executed the record jump perfectly. This is the most people off this object ever.”

“I feel like I did a great job organising the jump and that my students and instructors did a perfect job executing the jump.” 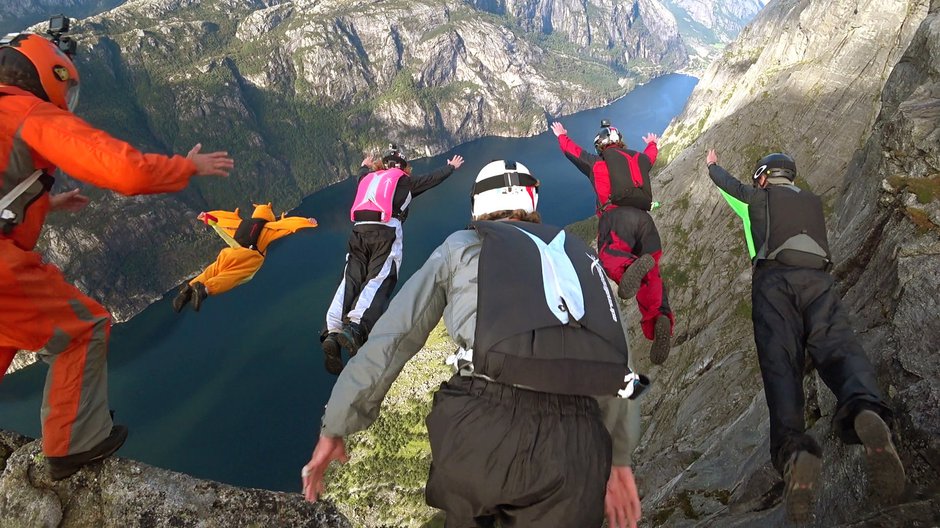 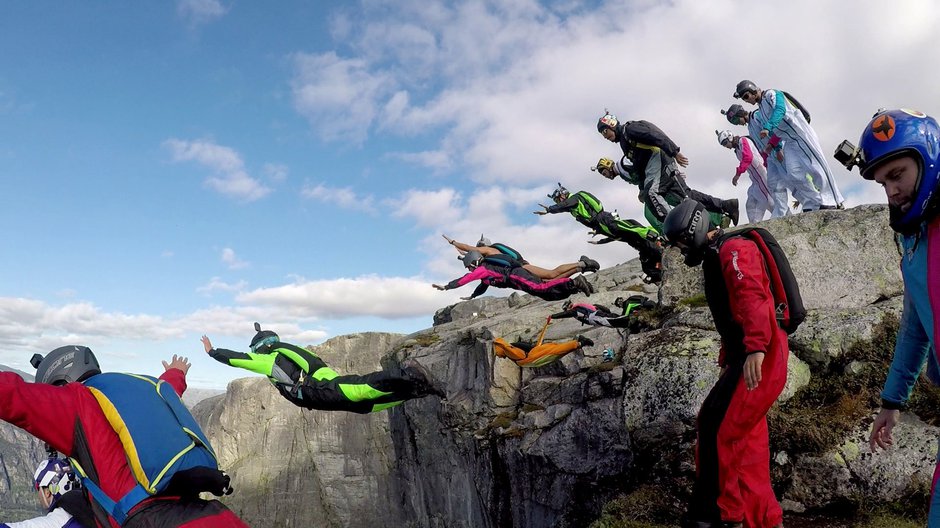