This inspiring dog with dwarfism is stuck in perpetual puppy-hood

Ranger is a two-year-old purebred AKC German Shepherd who has ‘Pituitary Dwarfism’. 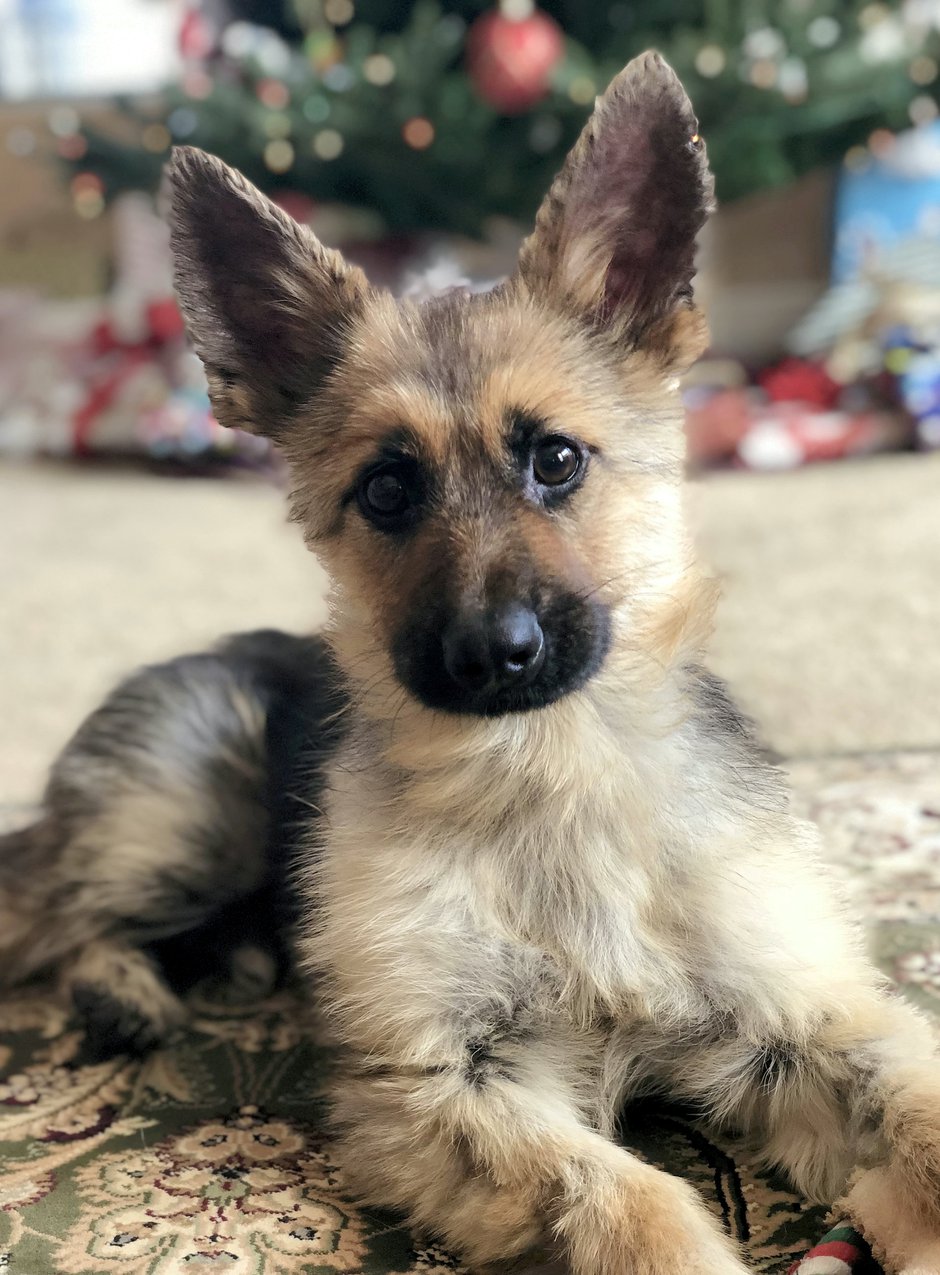 These pictures show an inspiring dog with dwarfism - that is stuck in perpetual puppy-hood.

It means he retains his puppy-like appearance much longer than is normal for his breed.

Ranger was diagnosed with the rare condition - which German Shepherds are predisposed to - after he contracted a parasite called Giardia.

After recovering from the infection his owners noticed Ranger wasn’t growing at the same rate a German Shepherd should.

They took him to their vet who surmised that little ranger may have the Pituitary Dwarfism mutation. 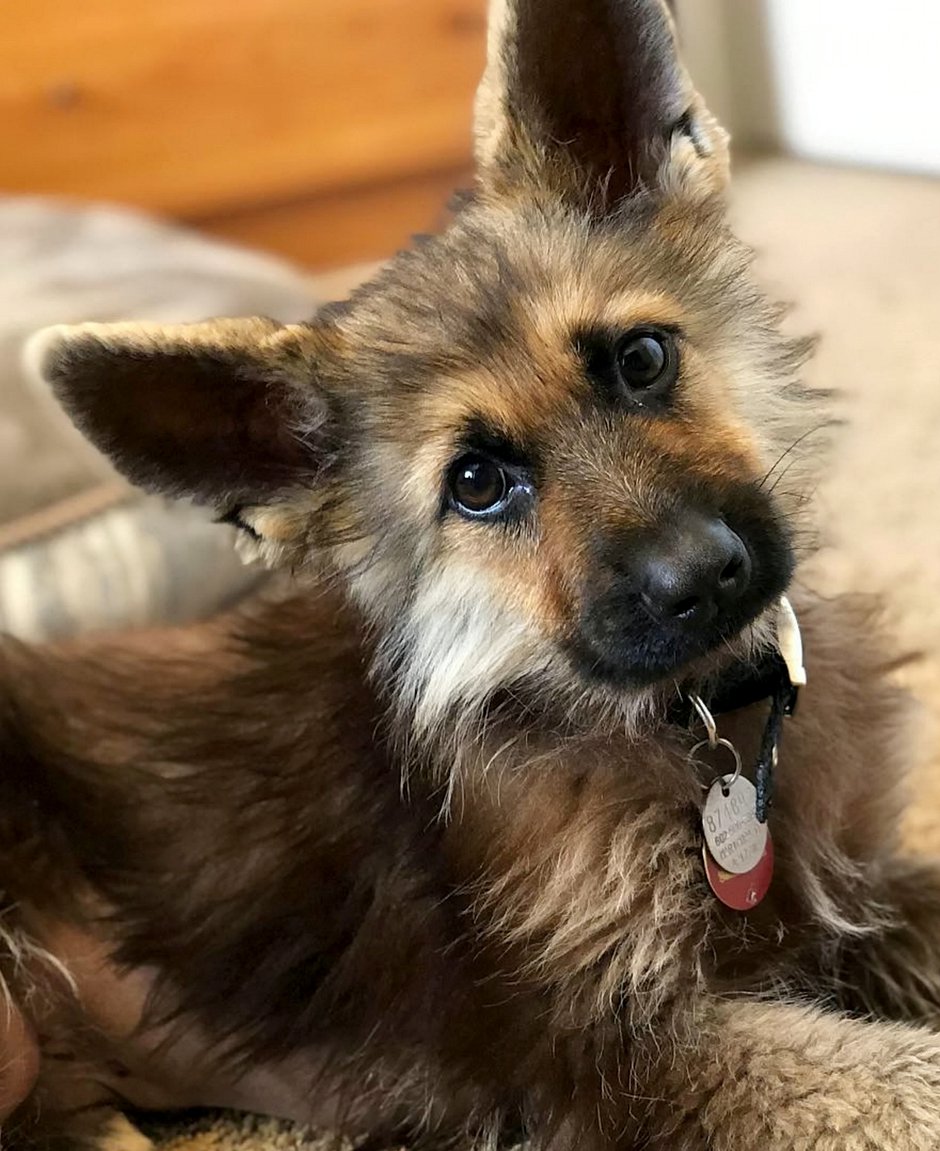 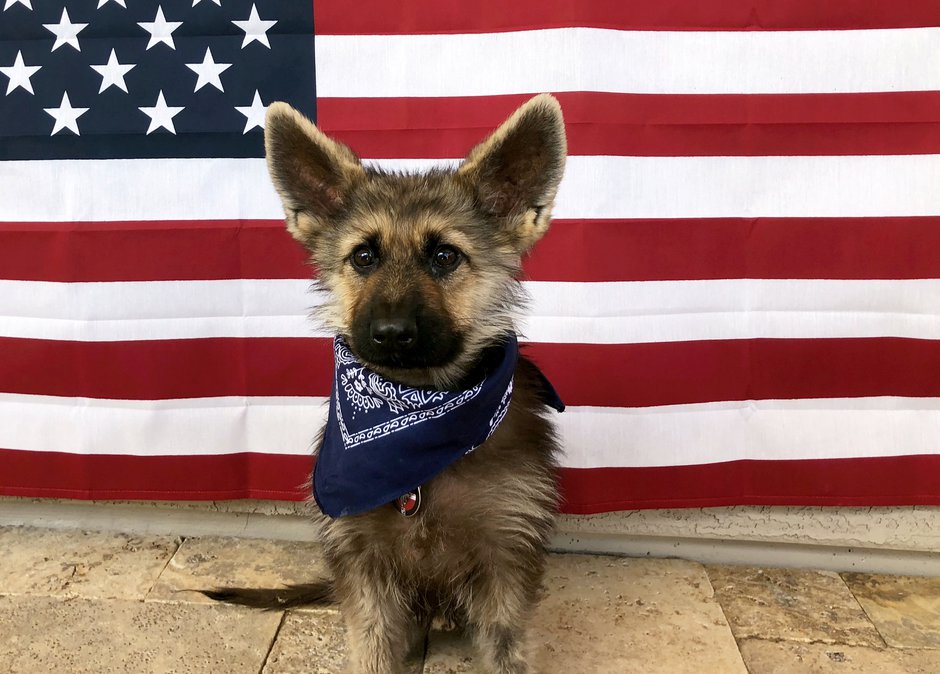 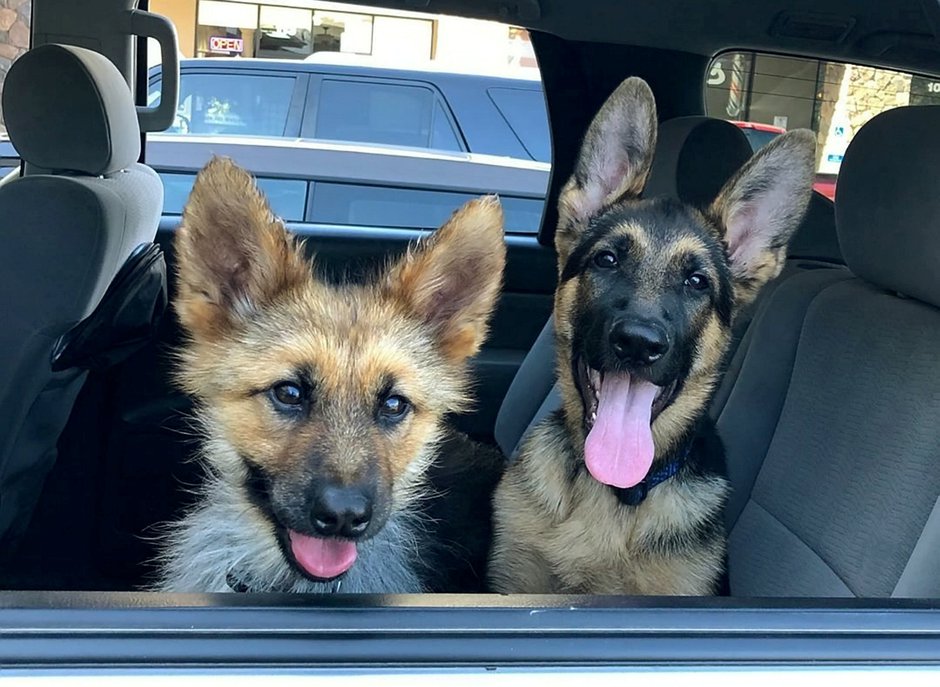 As a side effect of his dwarfism the poor pup has contended with various health issues including shedding fur and flaky skin caused by hypothyroidism.

With the unconditional love of his owners and some help from his legion of online followers Ranger was able to get all the treatment he needed and has now made a full recovery from all his health issues.

Despite all the adversity this under-dog has never let any of it hold him back.

Ranger is happy and healthy and can be found playing the day away with his family and sisters or enjoying online fame and adoration as the star of his own Instagram page.

Ranger has been filmed performing his ‘signature’ head tilt and playing with his sisters Hazel the Labrador and fellow German Shepherd, Jessie.

Shelby Mayo who is Rangers guardian, said: “When we originally got Ranger from the breeder, he was smaller than all his other littermates, but we figured that was because he had a parasite called Coccidia.

“In the weeks following we took him home and he was parasite free but later on ended up getting a parasite called Giardia.

''At the same time, we also discovered that Ranger had a large infection on his neck.

''During this time Ranger remained very small, the vet had suspected that he may have Pituitary Dwarfism, a genetic mutation

“But we were still sceptical as this condition is very rare.

''Over time Ranger still did not get much bigger, and at this point we are certain he does have this condition.

“After a few more months we got him neutered and that’s when we started to see big changes.

“He lost his appetite, started to lose weight, lost almost all of his fur, and had extremely dry and flaky skin.

''Many people on our Instagram page warned us that Pituitary Dwarfs can have many medical issues, but up until that point we hadn’t experienced any. 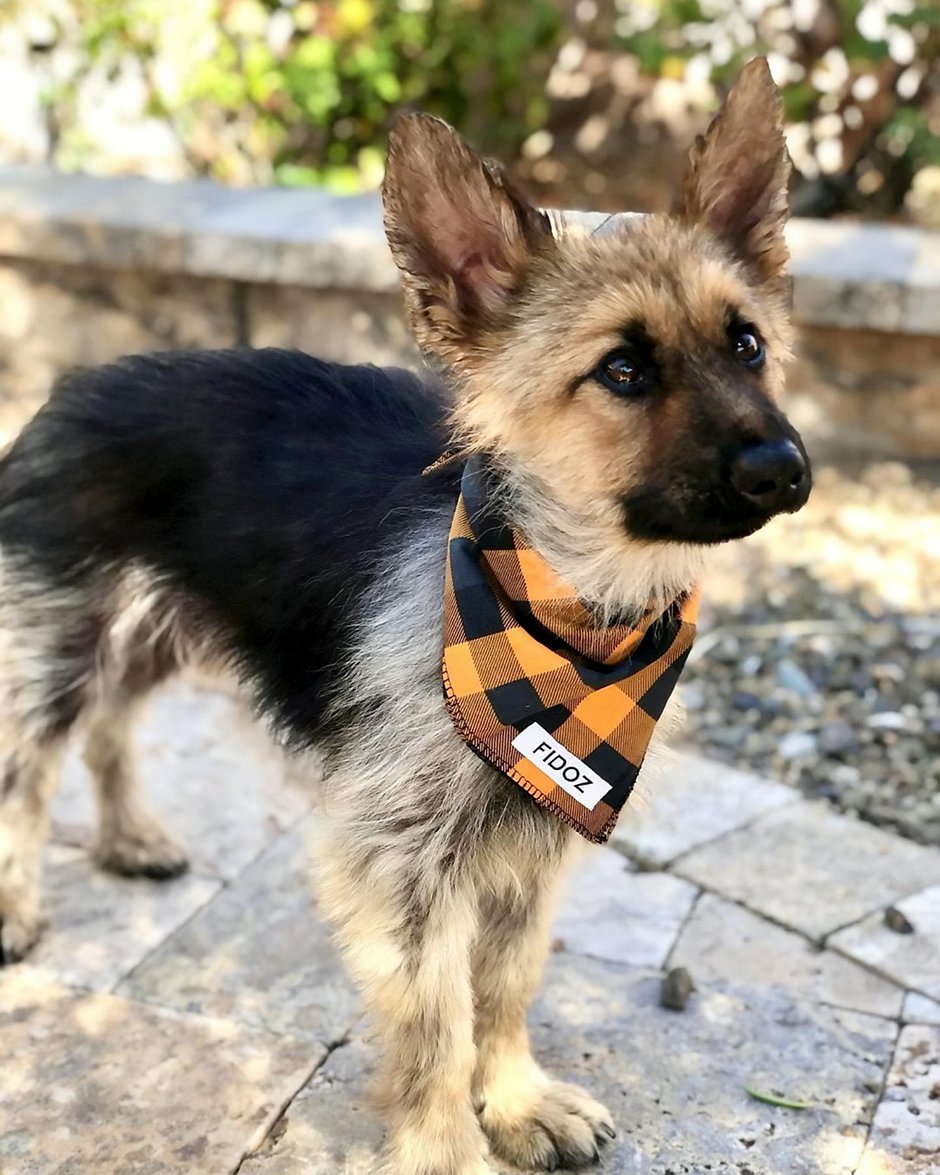 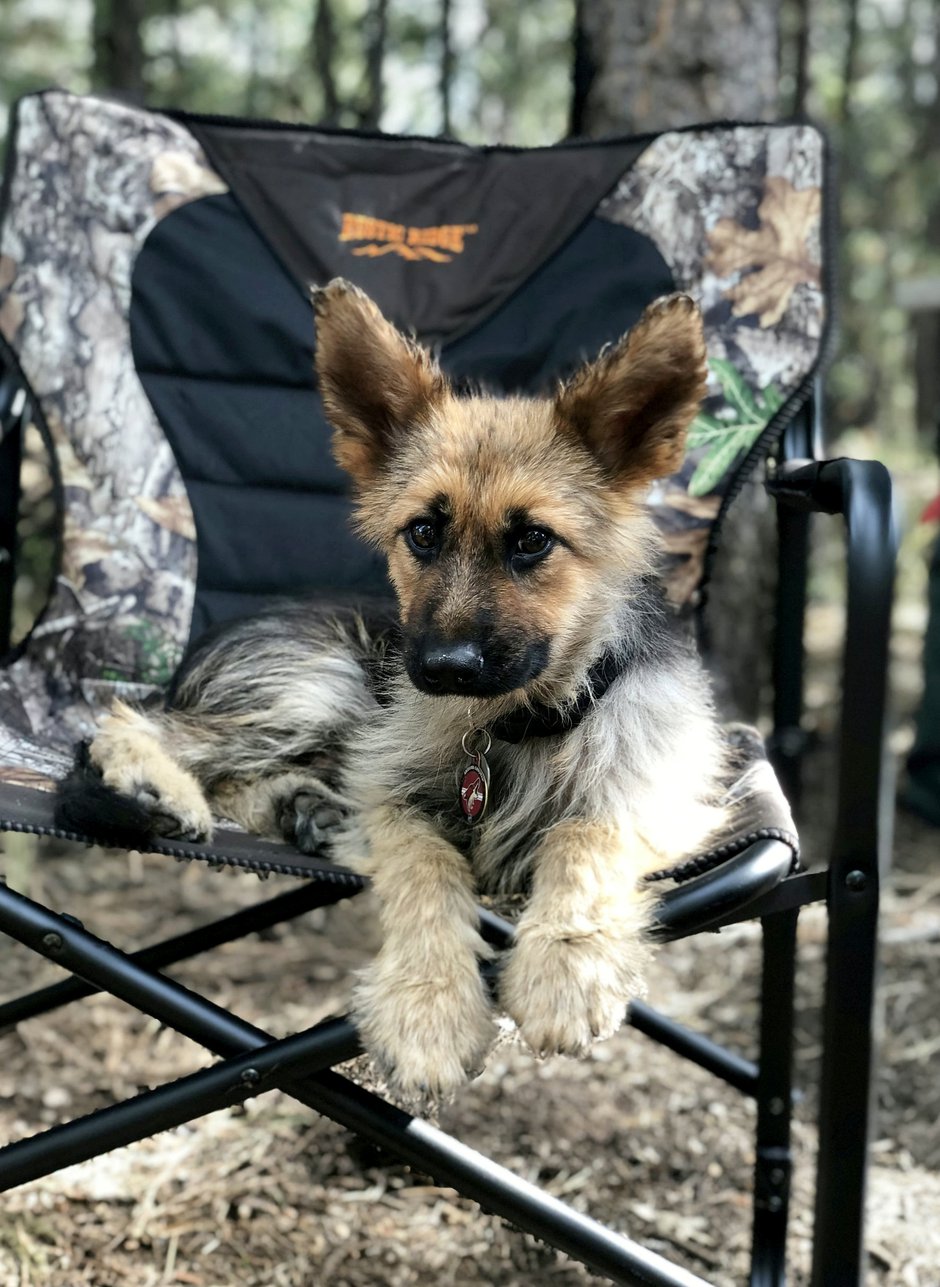 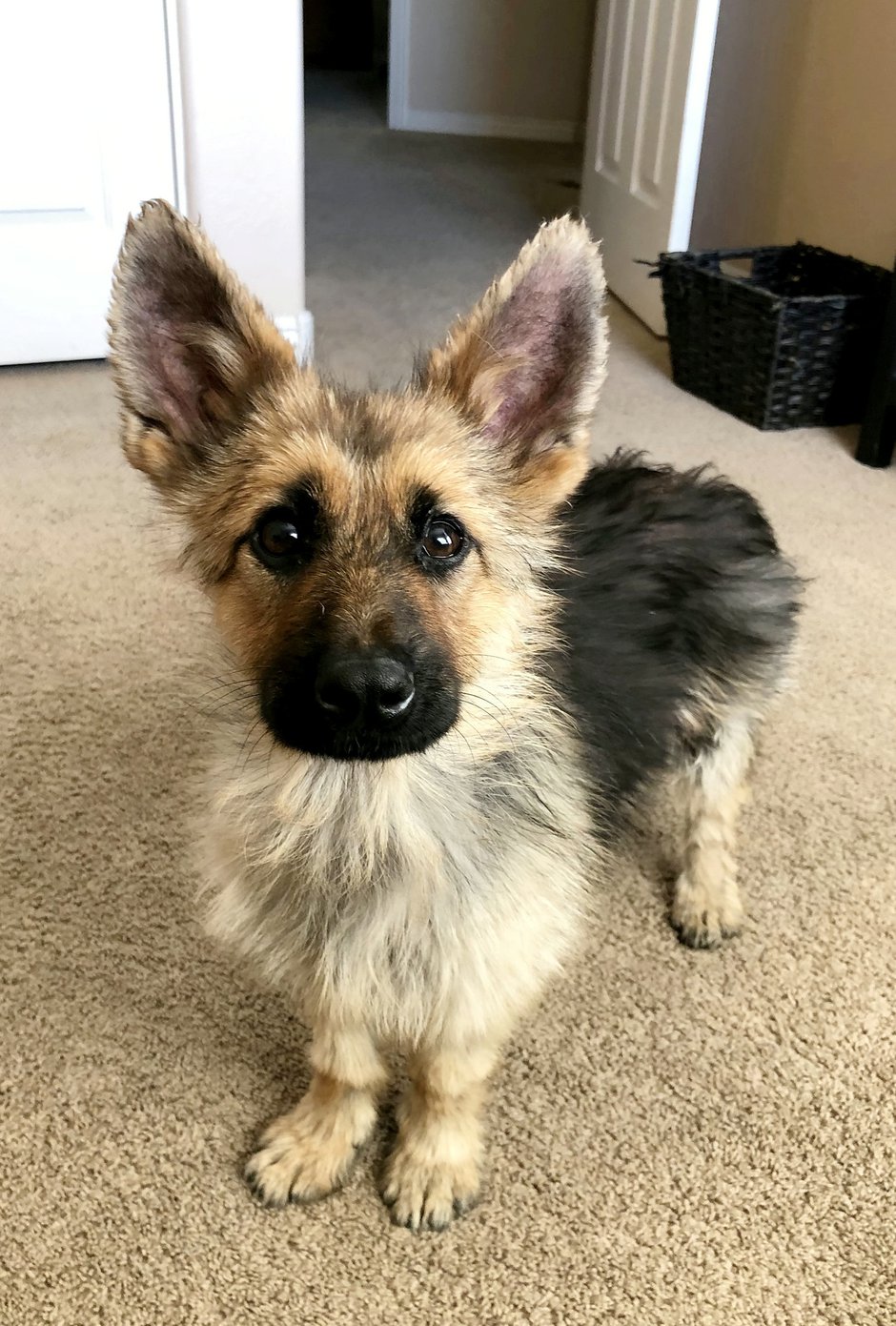 One of our followers ‘Guardians Farm’ are a small company that makes handmade soaps, lotions, etc and they sent us goat milk soap, which ended up helping Rangers skin immensely.

“At the same time another one of our followers who also has a Dwarf German Shepard told us to get his thyroid levels checked as many dwarfs suffer from hypothyroidism.

“So our vet checked his thyroid levels and sure enough he was low, this can cause hair loss and a loss of appetite.

“After getting Ranger on Levothyroxine and using this soap his fur grew back and the dryness went away.

Rangers litter was the first litter that our breeder had bred those to specific dogs together.”

“We believe this was the cause of the genetic defect. And as a responsible breeder will not breed the two dogs together again.

You can keep up with the adventures of Ranger and his family by visiting his Instagram page @ranger_thegshepherd.