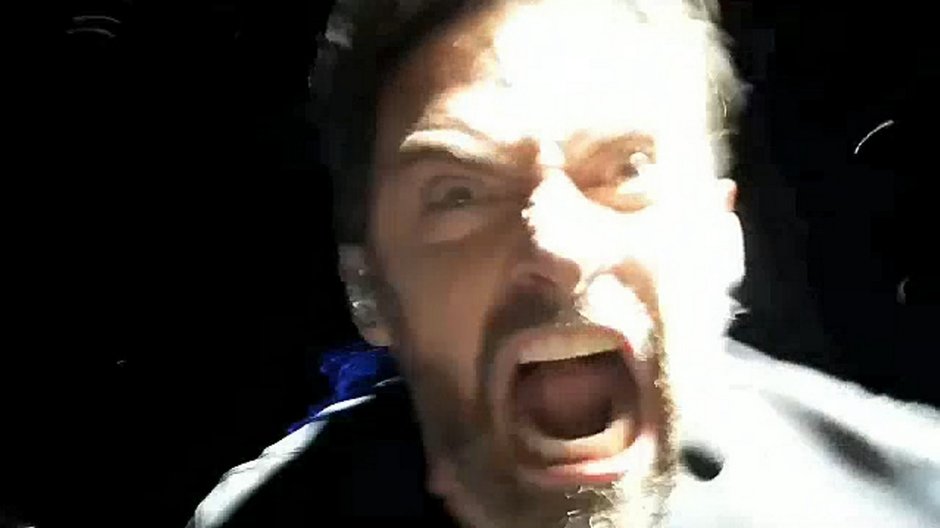 This is the moment Hugh Jackman delighted a front row fan during a concert by grabbing his phone and recording an epic Wolverine tribute.

Taylor Van Engen, 29, was standing in front of the stage during Hugh Jackman's singing and dancing tour and screamed in delight as the showman did a Wolverine pose.

His reaction caught the attention of the X-Men actor who walked over and went "full Wolverine" - growling and shouting into Taylor's phone.

Taylor can be seen jumping up and down uncontrollably before Jackman hugs him and says: "You've waited one-and-a-half hours for that moment!

"For that moment! I love you brother!" 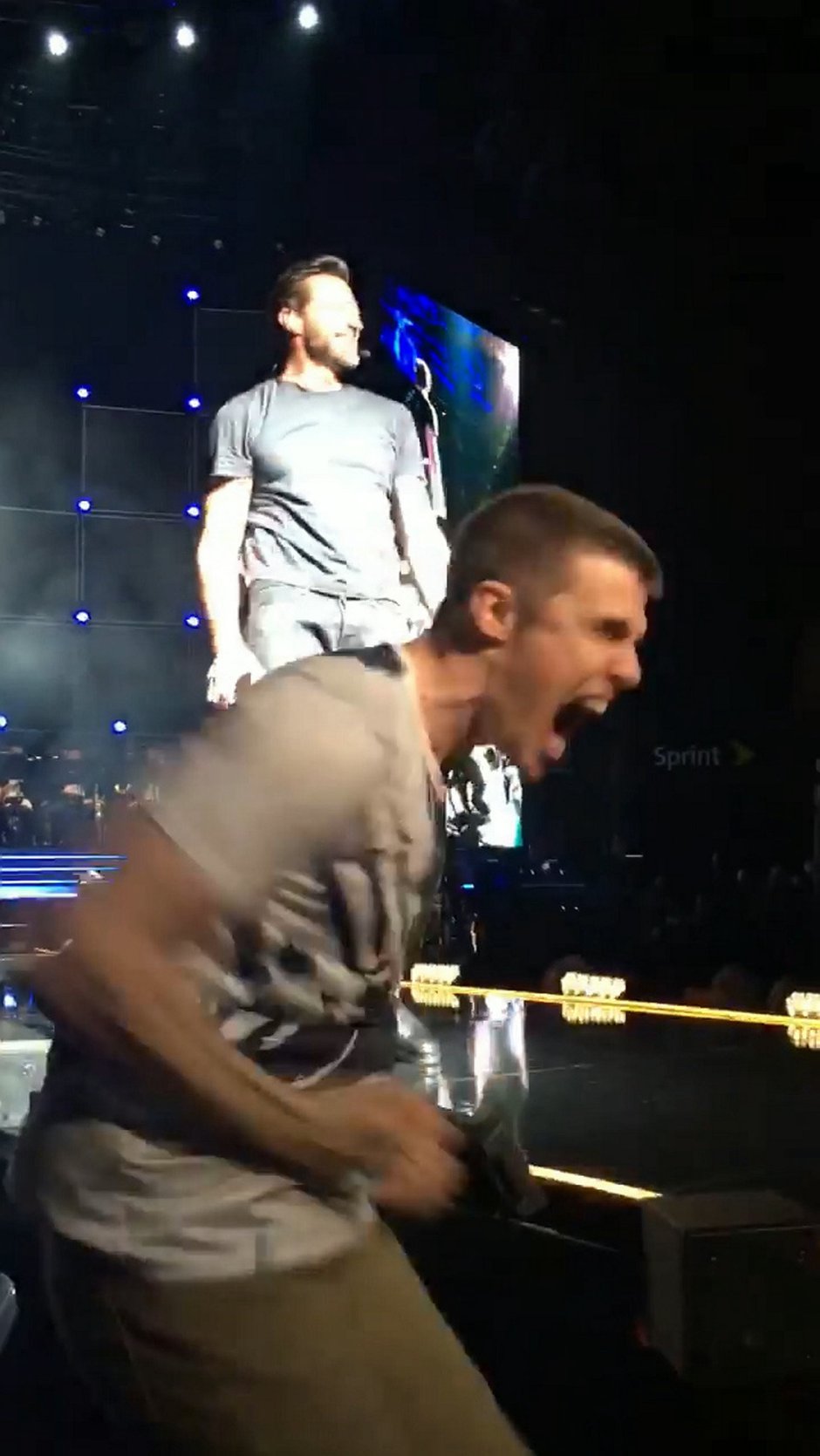 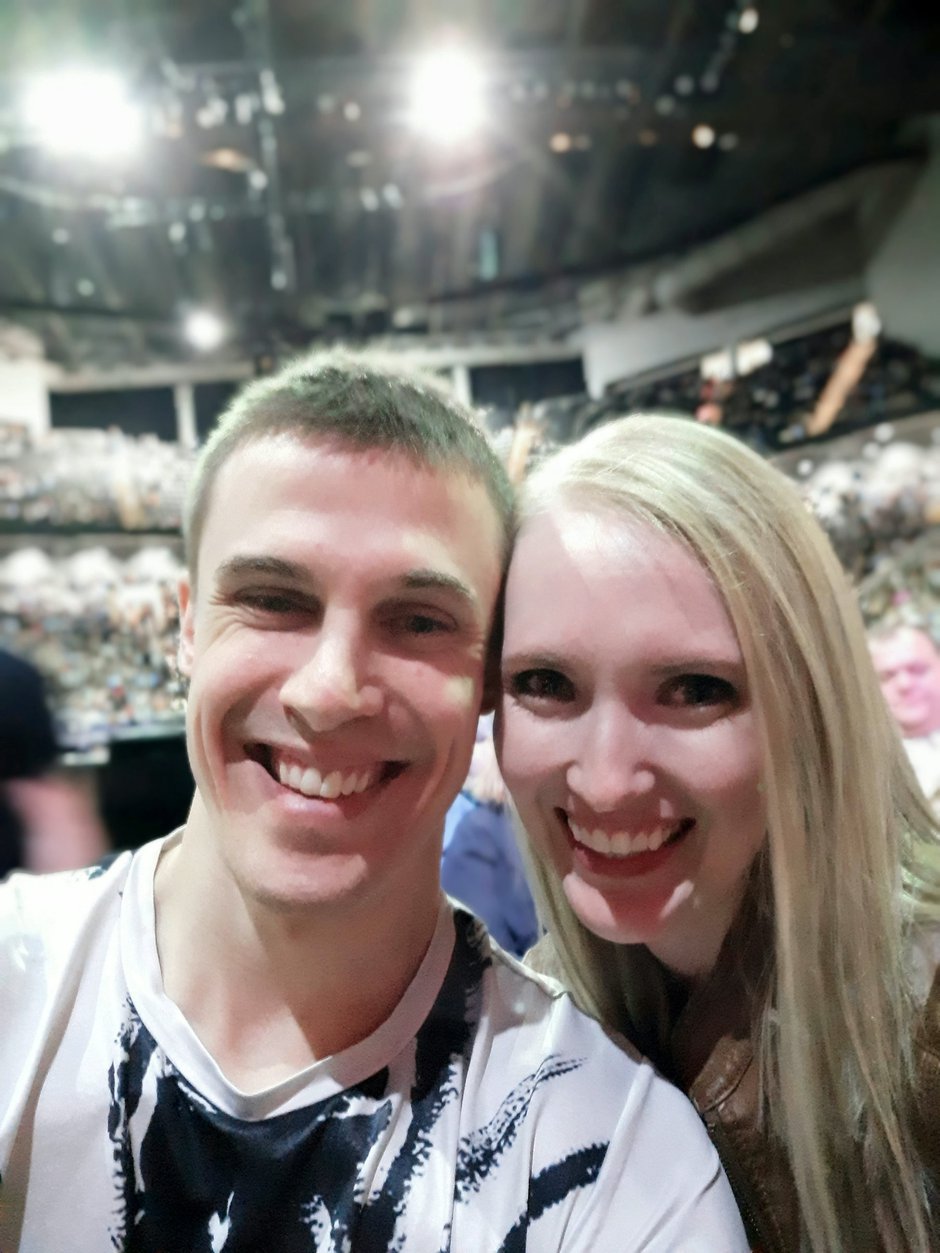 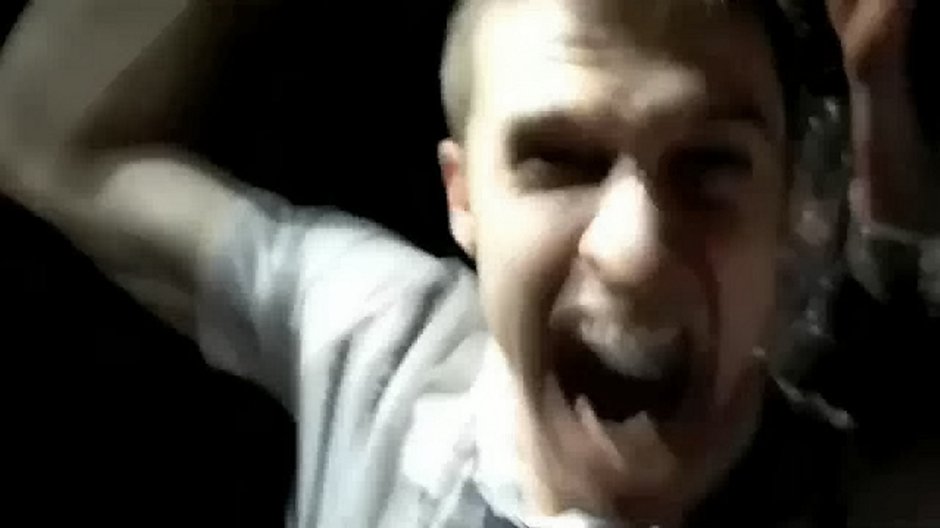 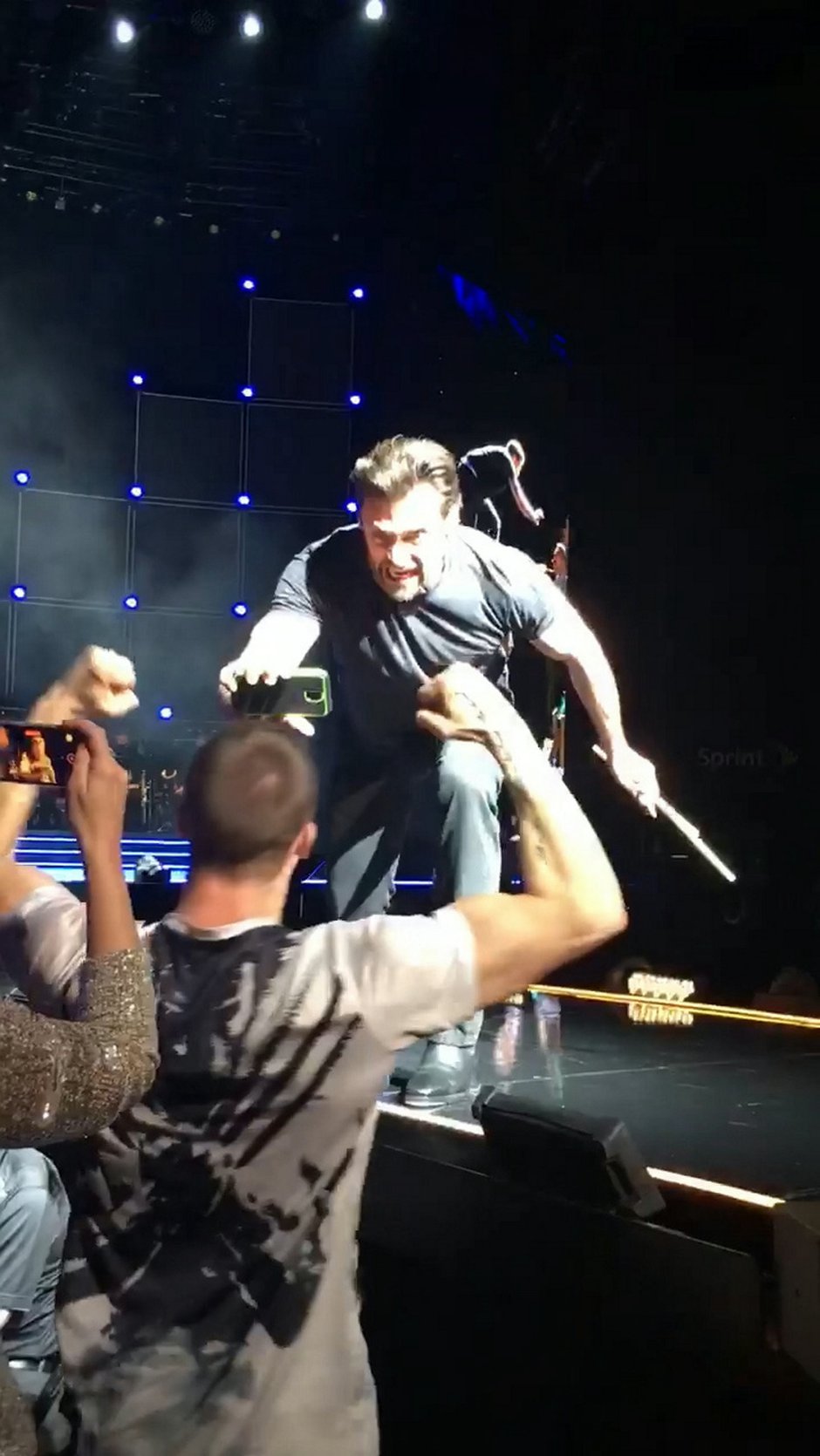 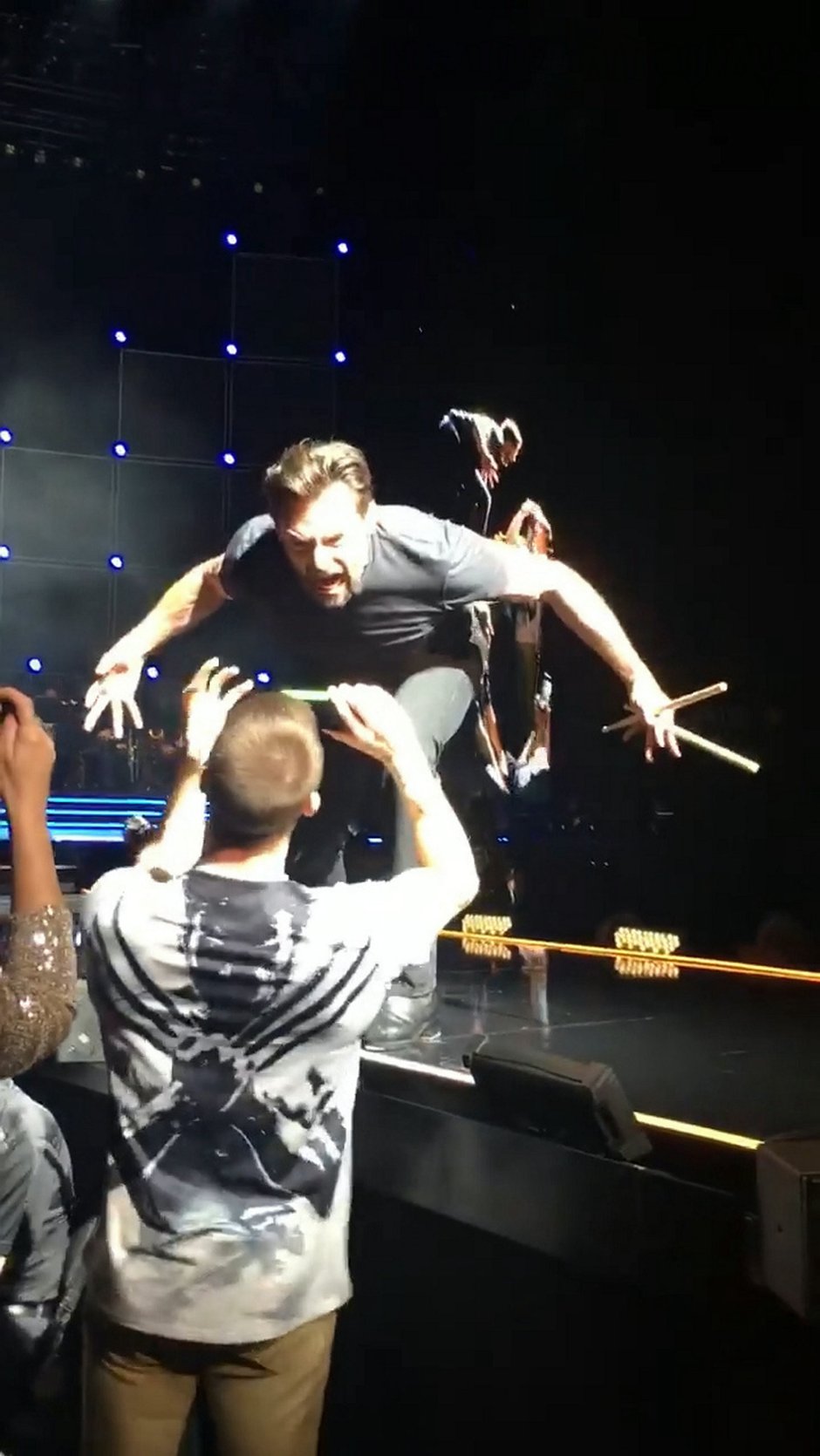 Postman Taylor said: "I lost sleep because I was too excited. For a week, I watched the videos we took and videos from other people's perspectives over and over again.

"During the intermission, I told my wife that I knew the Wolverine pose was coming - and I was gonna be ready for it.

"Hugh was going to do his tap routine, finish with the drums, then kick it out of the way.

"I was going to walk up to the security guard in front of us, stop there so they knew I wasn't going to be trouble - and Hugh did the rest.

"After the show, a few people shared their videos and pictures with us, and several others congratulated me.

"I still like the fact that someone even referred to me as Wolverine to get my attention."

Taylor, from Rock Valley, Iowa, has taken his wife Sarah, a social worker, to see Jackman's show 'The Man. The Music. The Show.' twice this year.

He's has been a massive Hugh Jackman fan since he was 10, and has gone to the cinema to watch every X-Men film made.

His close encounter with the actor came when he went to see the show at the Sprint Center in Kansas City, Missouri, on October 13.

He said he wanted to get close enough to give Hugh a 'high five'.

As the lights went down, Hugh posed as mutant Wolverine from his X-Men movies - leading to cheers from the crowd.

Taylor went wild, shouting at the top of his lungs to attract Jackman's attention.

Taylor said: "One security guard came up to me and said that Hugh didn't do all of that for every show.

"He said it was special and really awesome. I totally agree."