Daikichi, 13 and Fuku-Chan, 7 have spent the last 3 years travelling the land of the rising sun at the side of their guardian Daisuke Nagasawa. 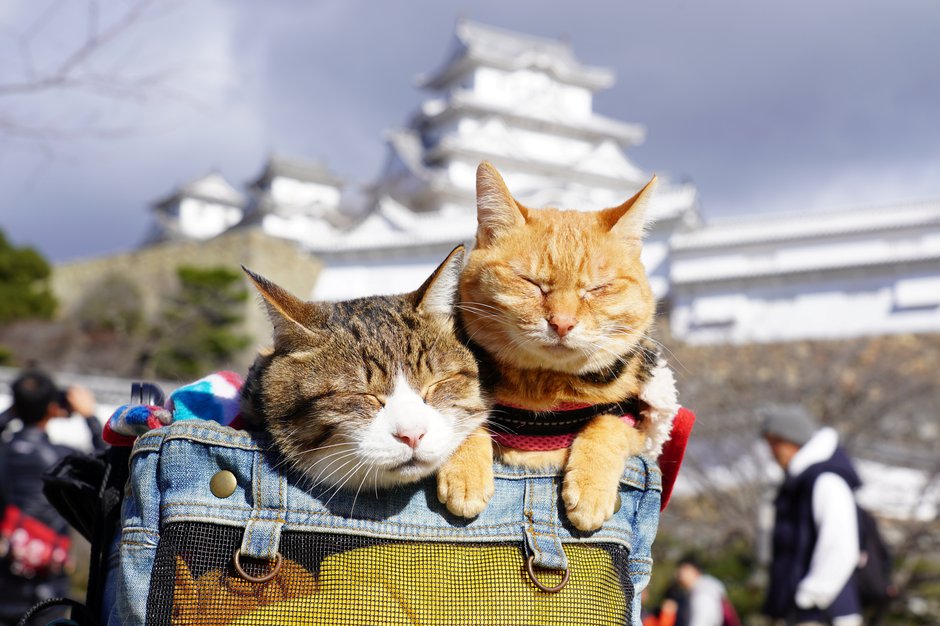 Daisuke Nagasawa, 50 and his faithful furry pals Daikichi, 13 and Fuku-Chan, 7 have spent the last three years travelling the land of the rising sun together.

The trio have visited all 47 prefectures across Japan including major landmarks like Mount Fuji, the cherry blossom gardens of Kyoto and the ‘Floating’ Torri gate in Hiroshima.

The rescue cats used to become frustrated with Daisuke’s long absences during his business trips.

After several complaints from cat sitters regarding the moggy's bad behavior Daisuke - who runs a tech company - devised the idea to take them along with him.

Daisuke enjoyed travelling with his cats so much that he started the Instagram page '@the.travellingcats' to share their journey across Japan with the world wide web.

The paw-some pair quickly gained a flock of feline loving followers and are fast becoming social media superstars as they continue to share all of their amazing adventures.

Daisuke shot this latest collection of videos between June and October this year.

The footage includes visits to the ancient 500 year old towers on Itsukushima Island,The floating shrine in Miyajima, Hiroshima as well as a wealth of scenic Japanese countryside 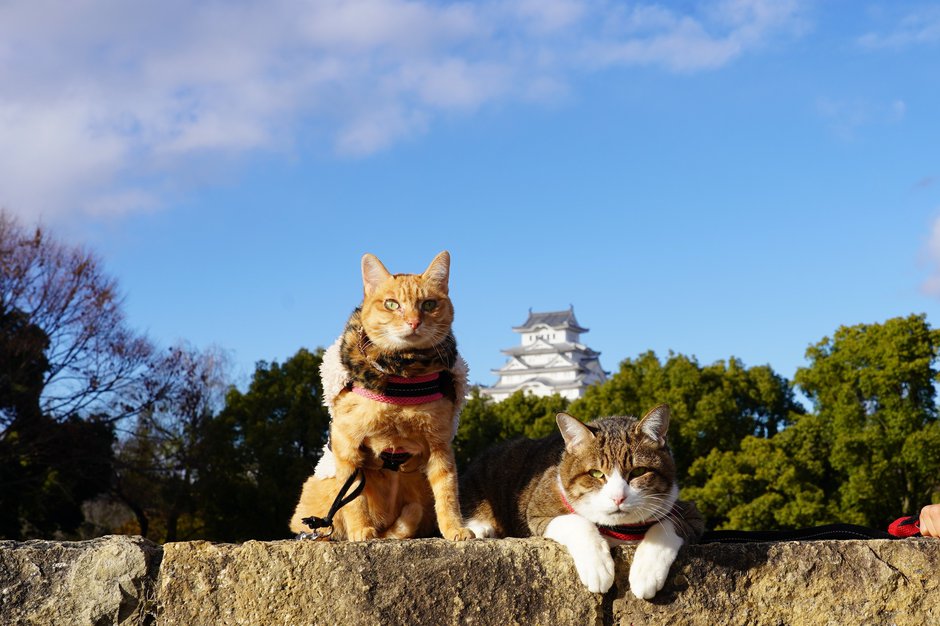 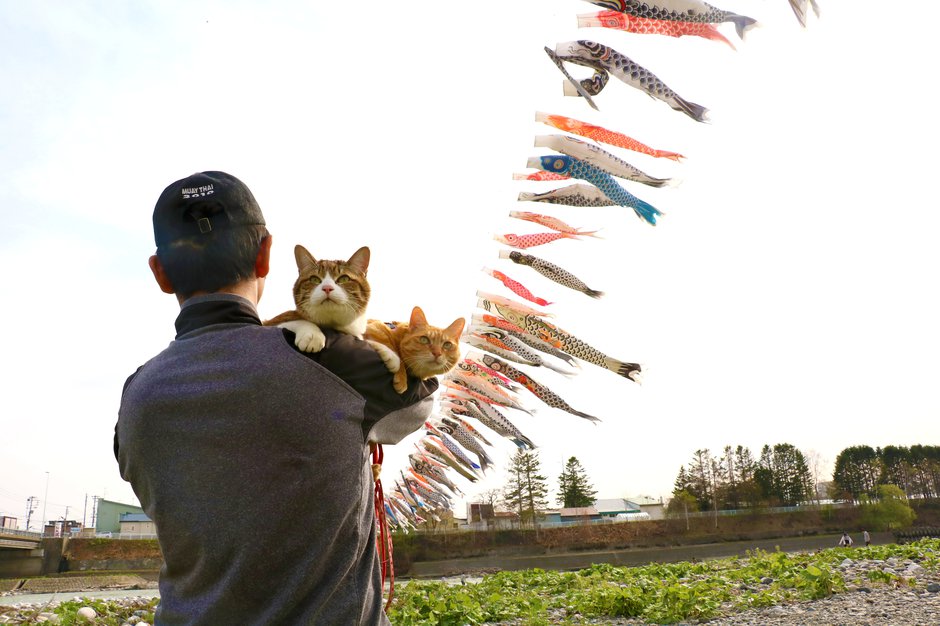 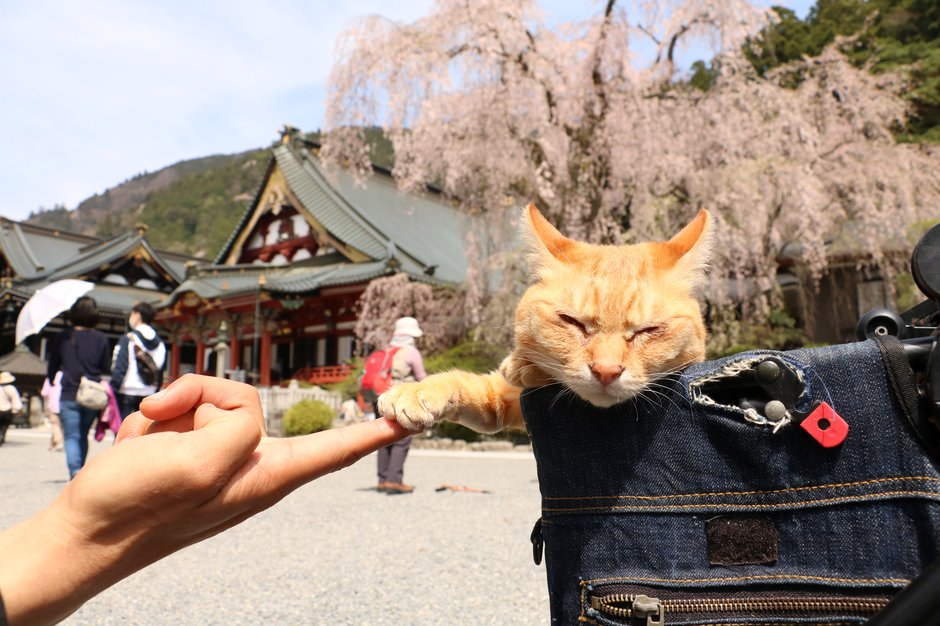 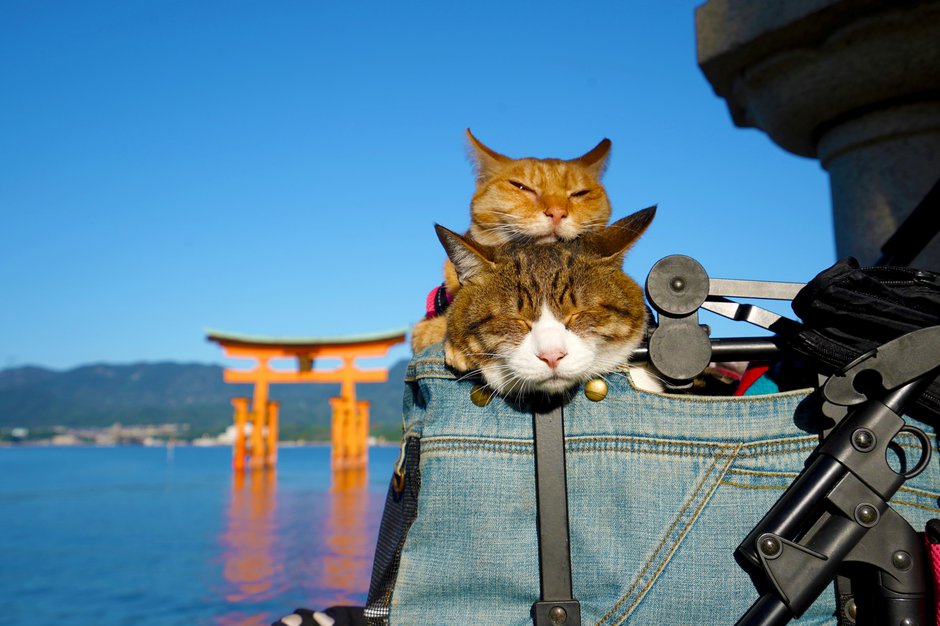 Daisuke said: “2019 has been great for us. So excited to have two kinds of our travel photo books published. We appear on two TV programs and two radio programs so far, and we had never been expected such lucky things would happen before.”

“Our favourite destination this year was the beach called “Kinenhama” in Tokunoshima Island, Kagoshima Prefecture. It exactly looked like Salar de Uyuni, Bolivia.”

“The cats enjoy walking by themselves even without leashes, but normally we never allow them to do that for the security reasons.”

"We’ll start to travel up to the Southernmost islands in Okinawa Pref from the beginning of 2020. And in Summer the Olympic Games will be held in Tokyo, so we’d like to report the best sightseeing sports for visitors in Tokyo area."

The footage also shows the reunion of tabby Daikichi and his rescuer Kaiko at Lake Akan in Hokkadio.

Although seeing her for the first time in a decade Daikichi recognises Kaiko instantly and lies down next to her for head scratches and belly rubs.

Regarding his kitty's long over due reunion with his rescuer Daisuke said:

"Daikichi was very happy to see Kaiko again as you see in the video. Cats never forget their benefactors"