Denzel the duck sleeps indoors, watches TV, relaxes in front of the fire at night and is probably the most pampered duck in the whole of the UK. 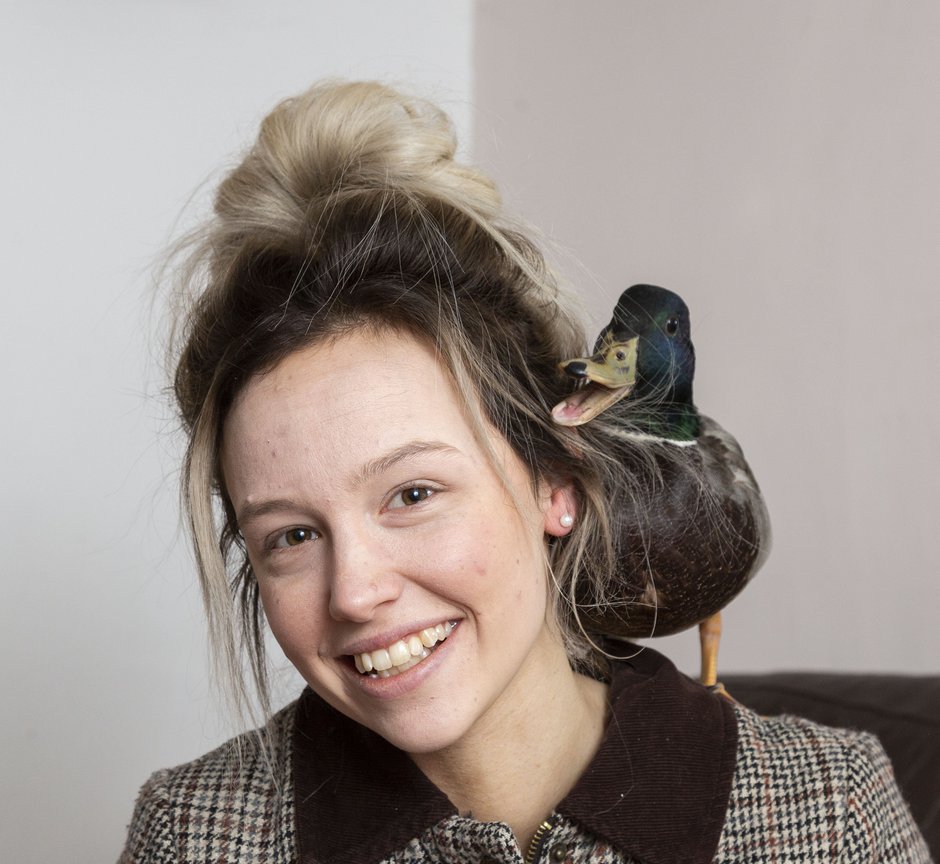 A kind womans adopted a lost duckling which turned up on her front doorstep in a rain storm - and now it barely leaves her side.

Jessica Clewes, 24, hand-reared Denzel the duck after her dad Michael Clewes, 70, opened his front door when he heard chirping outside.

She nursed the tiny shivering bird back to health - warming him up under a heat lamp and feeding him worms.

But when he was big enough to fly the nest, pampered Denzel didn't want to leave, so she built him a duck pond and outdoor house, but he prefers to be indoors.

Four months since he waddled into their lives, Denzel loves watching TV from his favourite spot in front of the fire.

He follows Jessica and partner, Adam Oliver, 38, around the house in Smallwood, Cheshire, and even sits on their shoulders and nestles into her hair.

Cleaner Jessica, who has experience as a game keeper, said: "We love him to bits. He sees us as parents and we have hand-reared him since he was a baby.

"He sits on my knee at night whilst I watch TV and now it’s cold outside he likes to sit in front of the log burner.

“He’s never ever tried to fly away and he could do at any point really, but this is all he has ever known.

“I’m not sure he would survive in the wild now. I’m not even sure he knows how to be a proper duck.

“He must have only been a couple of days own when he turned up on my dad’s door in the rain.

“I want to keep him forever now. We both have an affection for him.

“He must be happy otherwise he would just fly off. He could do if he wanted to but has never even tried.

"'Gamekeepers, farmers and country people aren't all about killing animals. We are all massive conservationists too."

Denzel, a mallard drake, showed up at Jessica’s dad’s front door during a rainy day in the middle of July.

Former game-keeper, Michael Clewes, 70, opened the door to bring him inside and gave him some TLC. 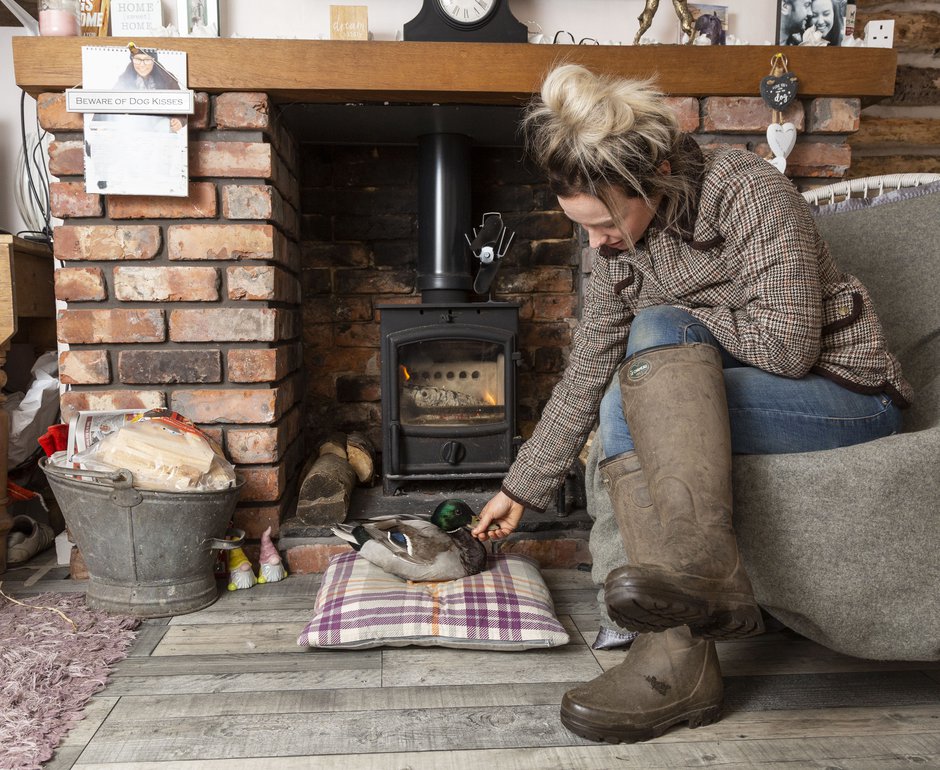 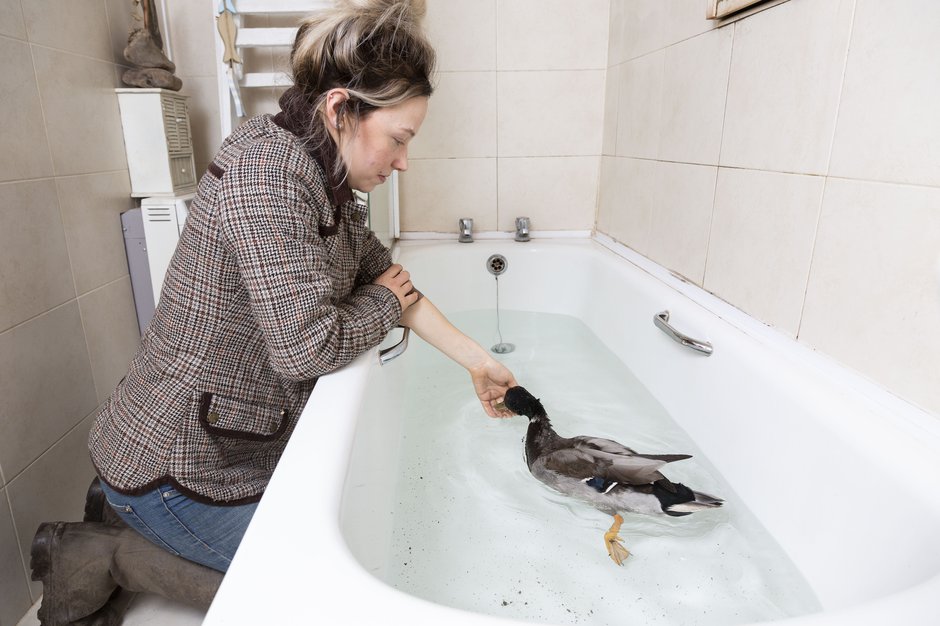 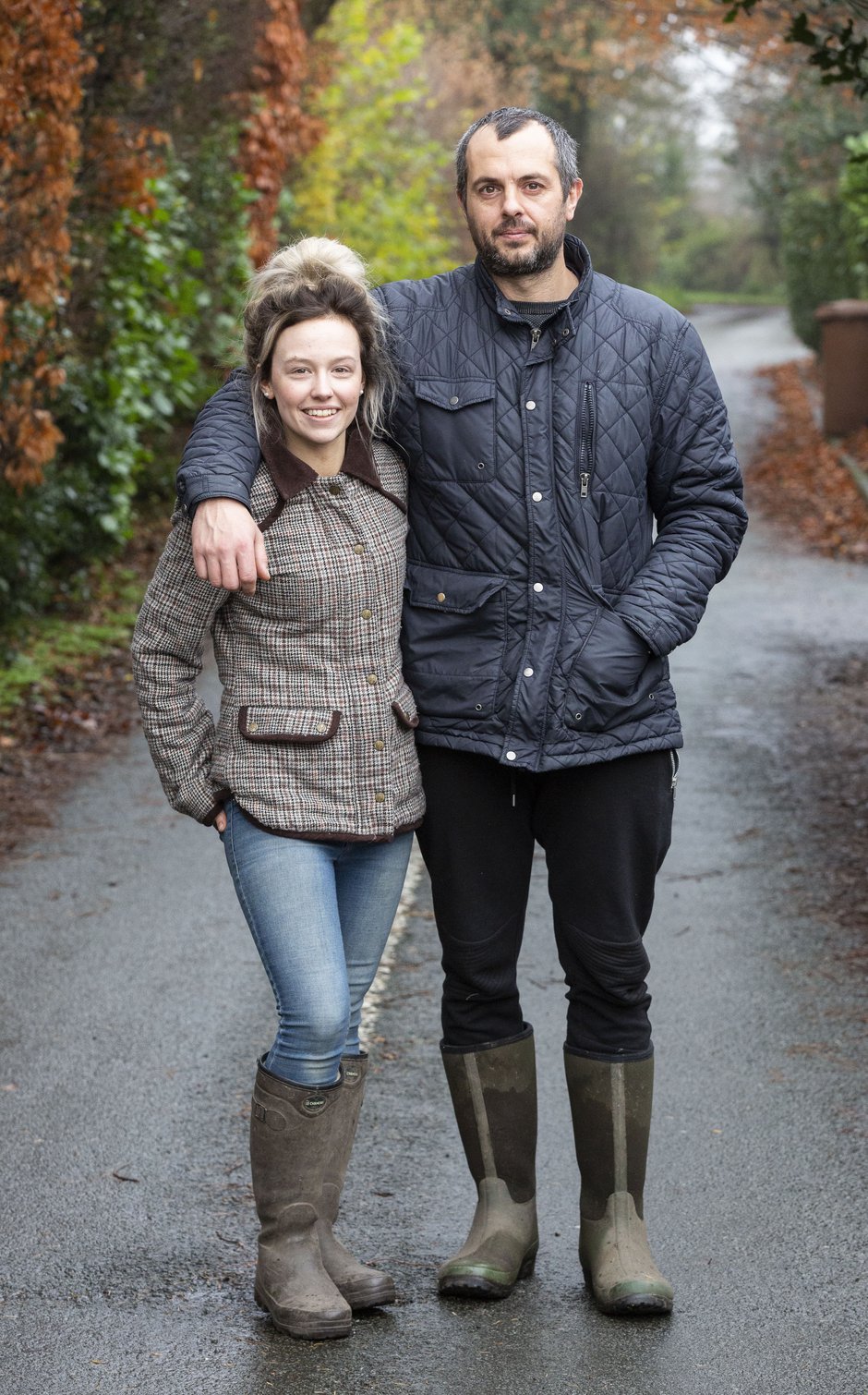 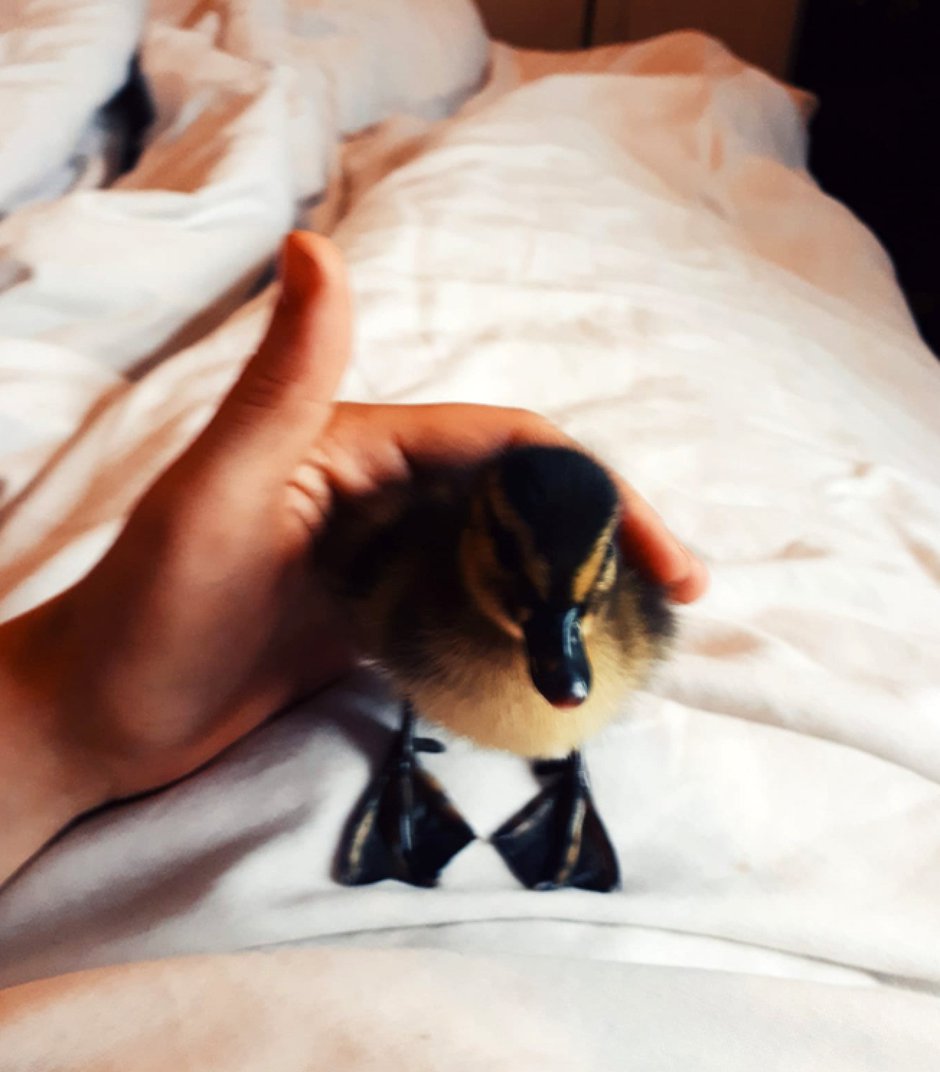 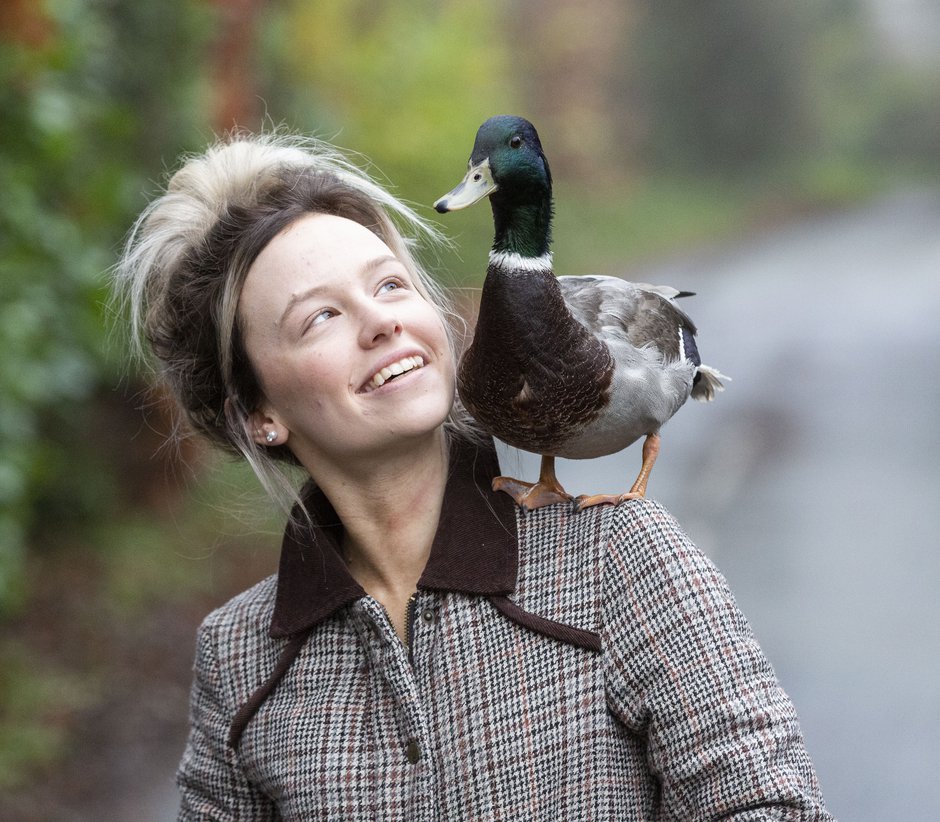 Jessica lives next door and took over from her dad later that day and has fed, cared for and nurtured Denzel every day since.

She built him an incubator and bought a heat-lamp for when he was young, which Denzel eventually grew out of at the end of August.

Jessica and plasterer Adam chose not to clip his wings and built Denzel a pond and shelter outside and let him roam around the garden for fun.

He spends his days outdoors - like every other duck - but unlike the rest of his breed sleeps in the warmth and comfort of a house.

Denzel typically snoozes wherever he likes at home but his two favourite places to take a nap are in front of the log burner or on the sofa.

Jessica said: “He has a duck house outside with a pen and a little pond. We feed him corn and occasionally give him meal worms as a treat.

“One of his favourite things to do with us is sit in the garden and dig up mealworms.

“He will sit on my shoulder too and I can walk around the house with him on there. When he was young he used to sit on my head. I think he might have seen it as a bird’s nest.

“My boyfriend is obsessed with him and they have a special connection for sure. He pecks me sometimes but follows Adam around wherever he goes.”

Unfortunately for Jessica and Adam, ducks are not the easiest animals to toilet train and they do find themselves cleaning up after Denzel around the house.

Jessica said the couple are now looking to adopt a female duck so Denzel can start a family.

She’s hopeful of one day having her very own duck nursery in her back garden.