Tora is a one-year-old Scottish Straight cat who loves nothing more than riding in the passenger seat of her best friend and owners truck. 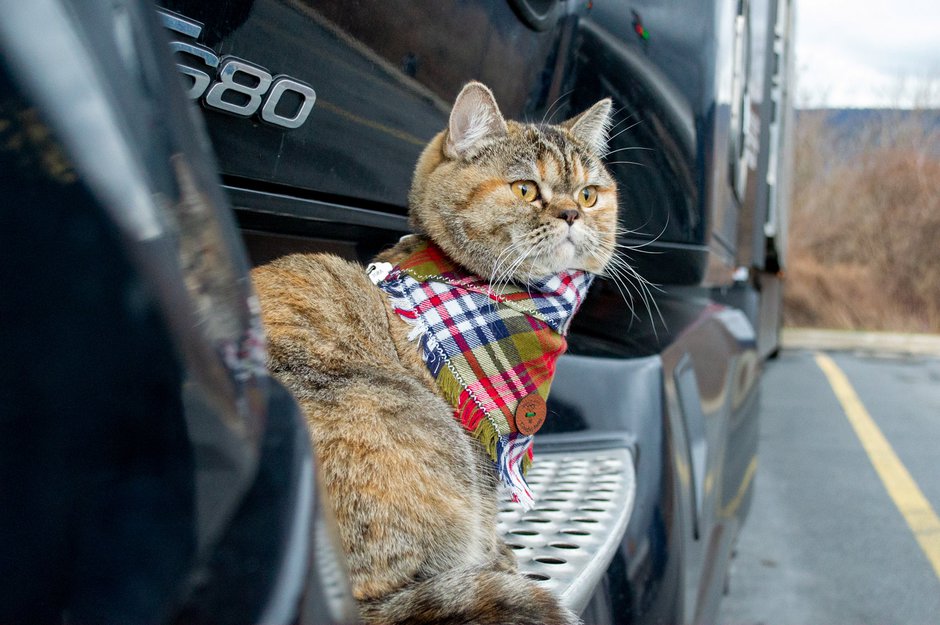 A 'trucking' cat which has travelled across 43 states in America in her owner's cab has built up a loyal following on Instagram.

Tora is a one-year-old Scottish Straight cat who loves riding in the passenger seat of her owner David Durst's truck.

David, 24, struggled to adopt a cat because agencies did not believe that a feline would have a good quality of life on the road.

Just as he was about to give up, a breeder sent him a picture of the then eight-week old Tora and David knew he had just found the purrfect co-pilot.

Together the pair have visited 43 of the 50 states in the USA, sharing the snaps and videos of their adventures on social media along the way.

The 'Tora The Trucker Cat' Instagram page has built up 12,700 followers.

David said: “We got Tora when she was just eight weeks old and hit the road just three days later.

"She was the bravest little kitten I've ever seen and took to the truck instantly. She loved looking out the window and taking in all the new sights. It was an instant fit.”

“We've been very overwhelmed by the amazing reception Tora has received on social media.

"It's been nothing but an outpouring of love and support, we never imagined such a great response.

"We're very thankful for all of the friends she's made along the way and we can't wait to make even more!” 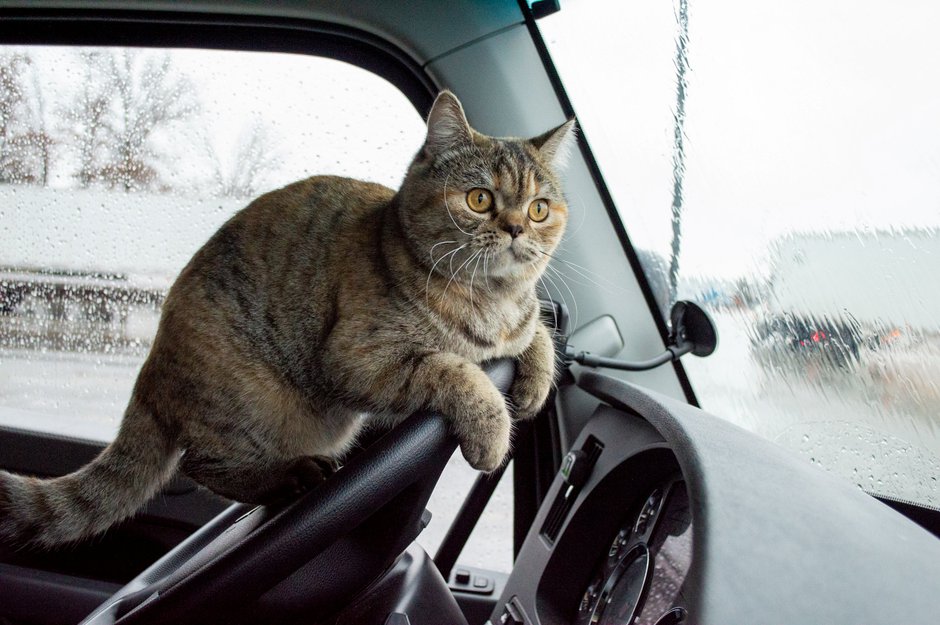 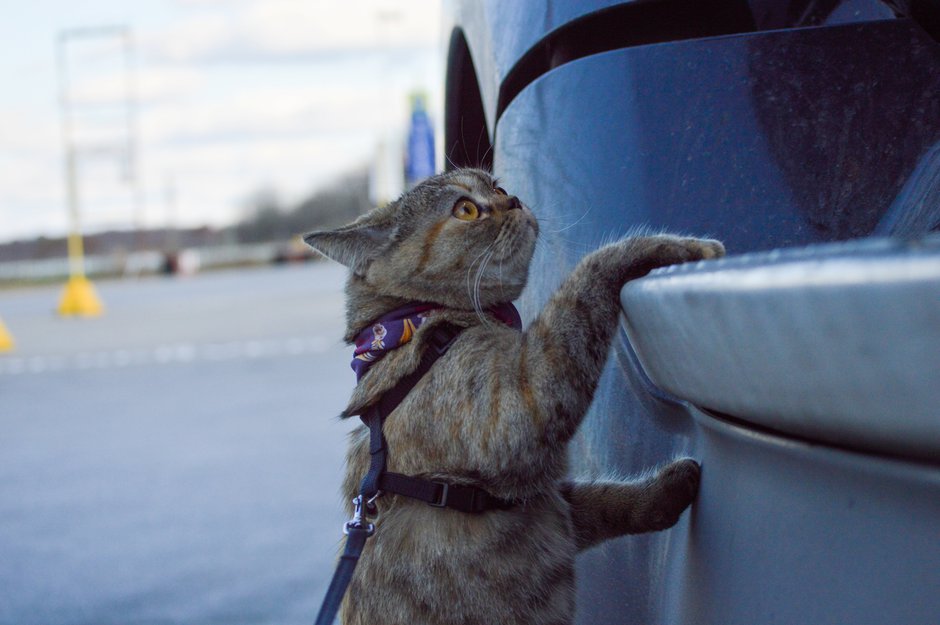 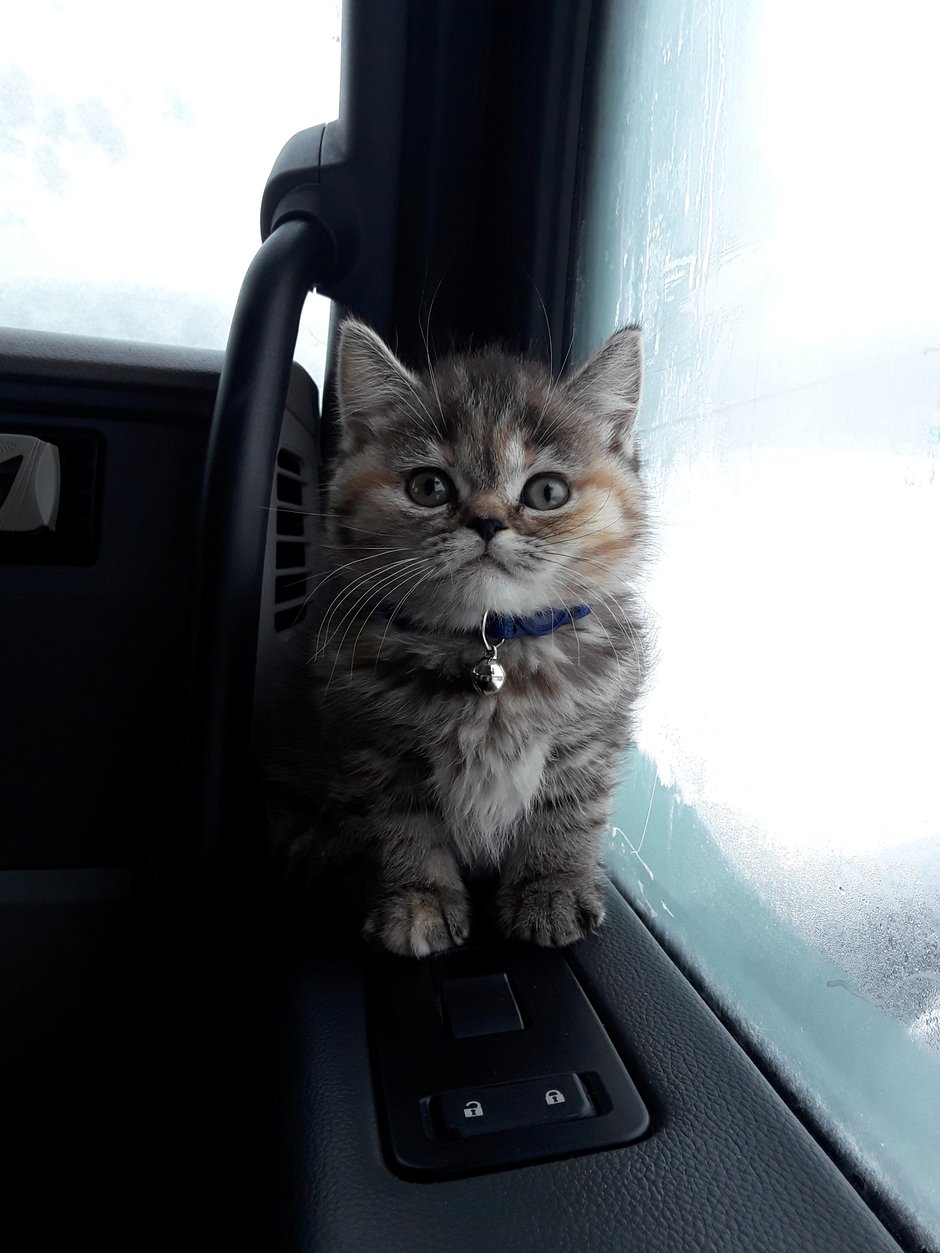 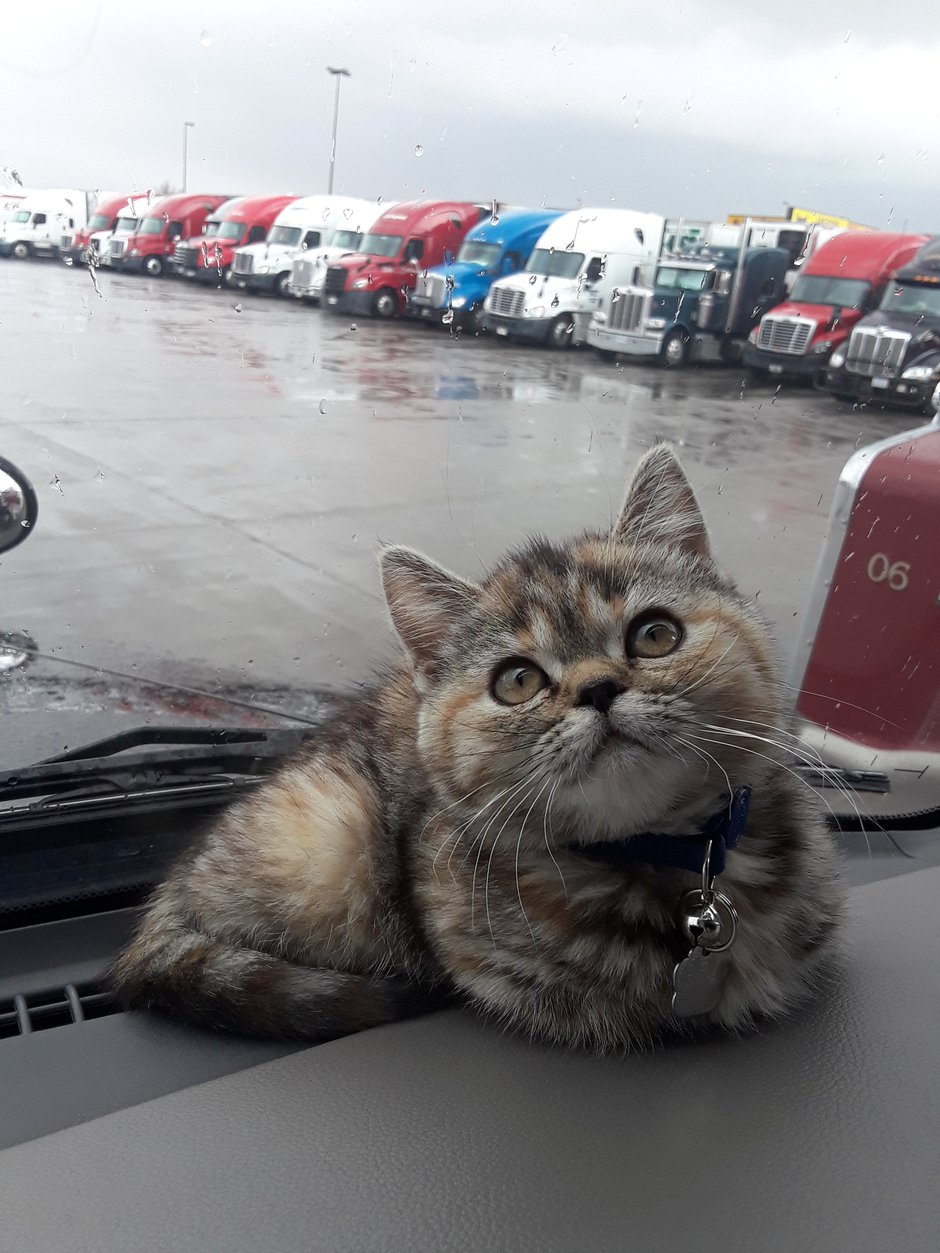 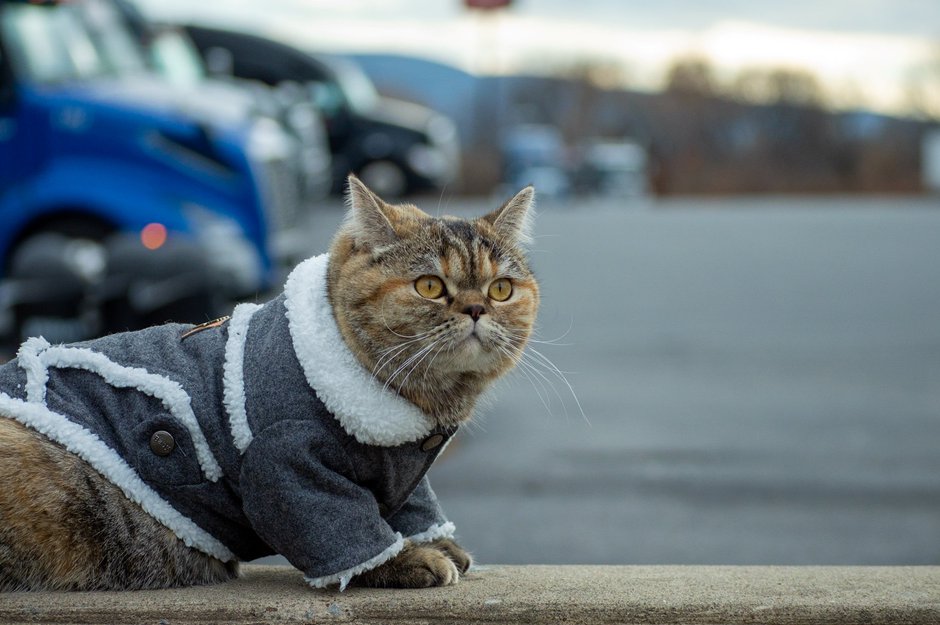 The pair have visited cities such as Sacramento, Austin, Houston, Dallas, and Orlando and plan to visit the remaining five continental states this year.

David said: "Tora loves to get out of the truck and explore, especially in big cities!

“My favorite memory with Tora isn't one of the many places we've been or one of the things we've seen together, it's actually the first time she walked confidently on a leash.

"Getting a cat used to walking on a leash is a daunting task on its own, add in the loud sounds of a truck stop and for some it becomes impossible.

"We were at a truck stop in Zuber, Florida, three weeks into having Tora on the road and took her outside to do some daily harness training.

"As soon as her feet hit the ground, she was exploring! We were outside for nearly two hours waiting for her to get tired. T

"That day was a big step towards all of the adventures the future held.”

Tora has a litterbox in the sleeper of the cab which is twice daily.

"This is the question we get asked the most by far," joked David. 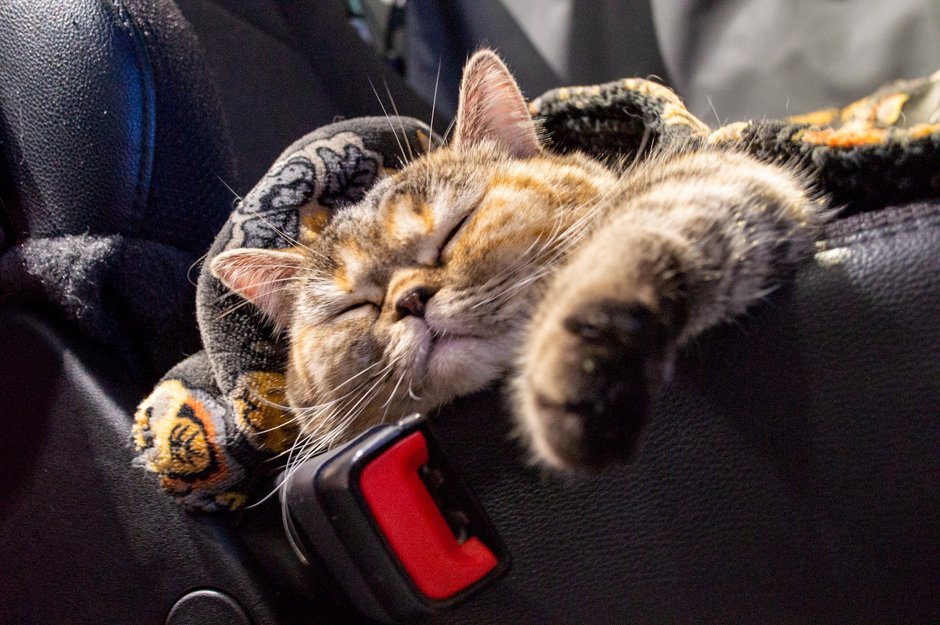