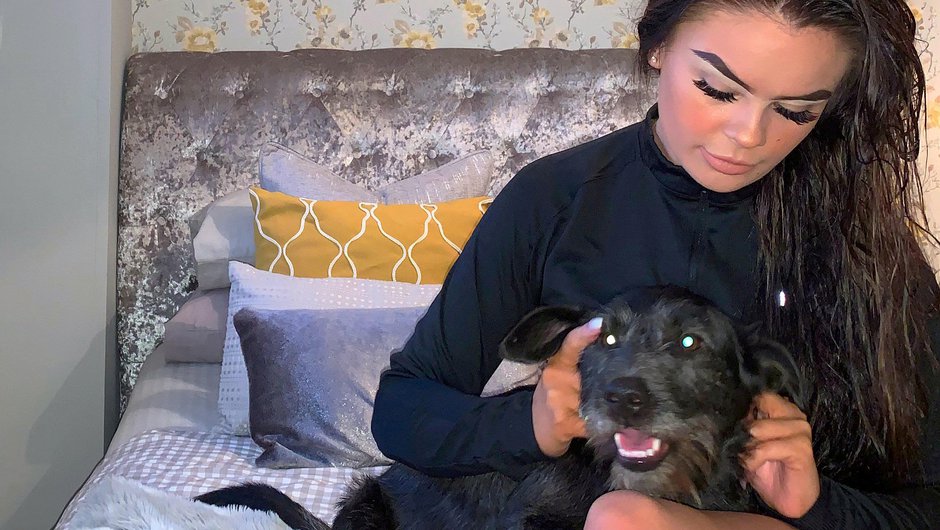 A woman has tracked down an eight-year-old stray mongrel she found roaming the streets on holiday in Greece - and brought him home.

When her holiday came to an end, Levi was devastated to leave Punter behind and return to her home in Plymouth, Devon.

But she said she couldn't forget about him and contacted search groups on the island in a bid to reunite.

The pooch was eventually found and has now been brought back to the UK with Levi travelling to London this week to greet him after he arrived on a ferry.

Levi said: "I was in Greece for seven nights and on the very first night I met him.

"Then I saw him the night after that, and then the next until I grew really attached.

"I started to ask the locals about him to find out if he was owned, but lots of them said he was new to the village and they hadn't seen him before, so then I found out he was a stray.

"I tried to track him down before we left, roaming the streets with a lead and dog treats, but unfortunately I was unsuccessful and had to leave the country without finding him."

Levi was determined to track Punter down so she got in touch with two Zante-based animal charities, Zante Strays and Healing Paws.

She begged them to help her, and soon they got to work and started looking for Punter.

Levi continued: "I'd been in England for about 24 hours when a lovely lady who was there on holiday messaged me a photo of the dog asking if it was the one I was looking for.

"Straight away I contacted the charities who sent a volunteer down to the beach to get the dog. Then they started the process of bringing him home." 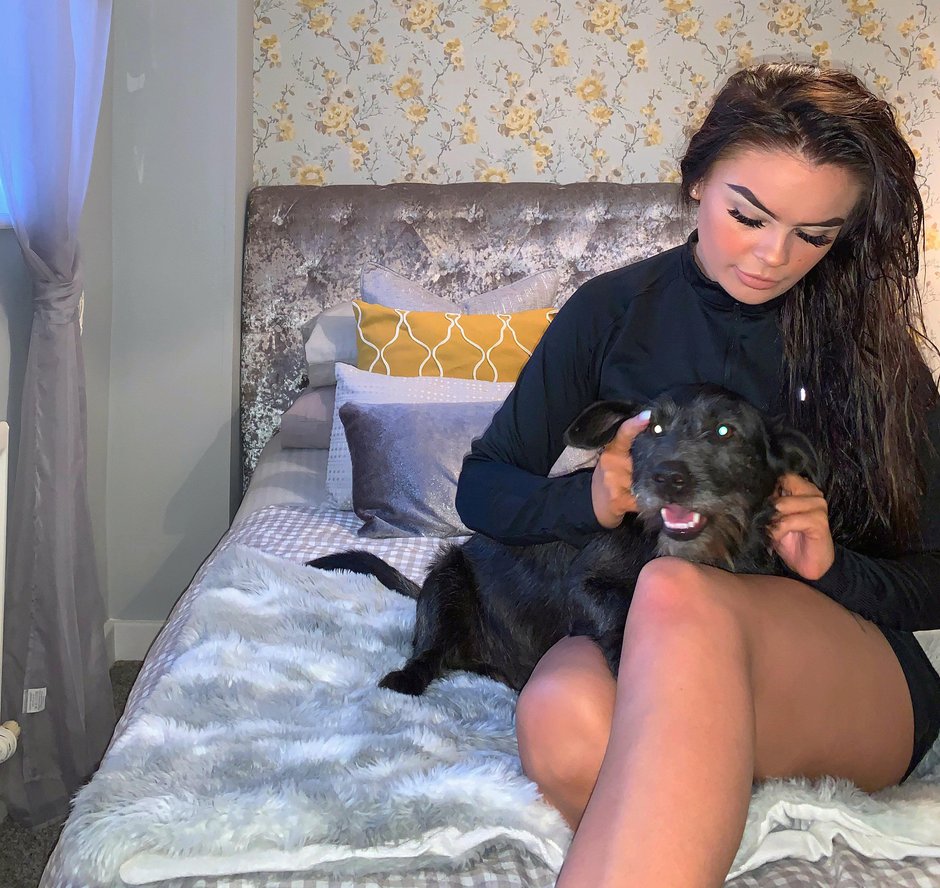 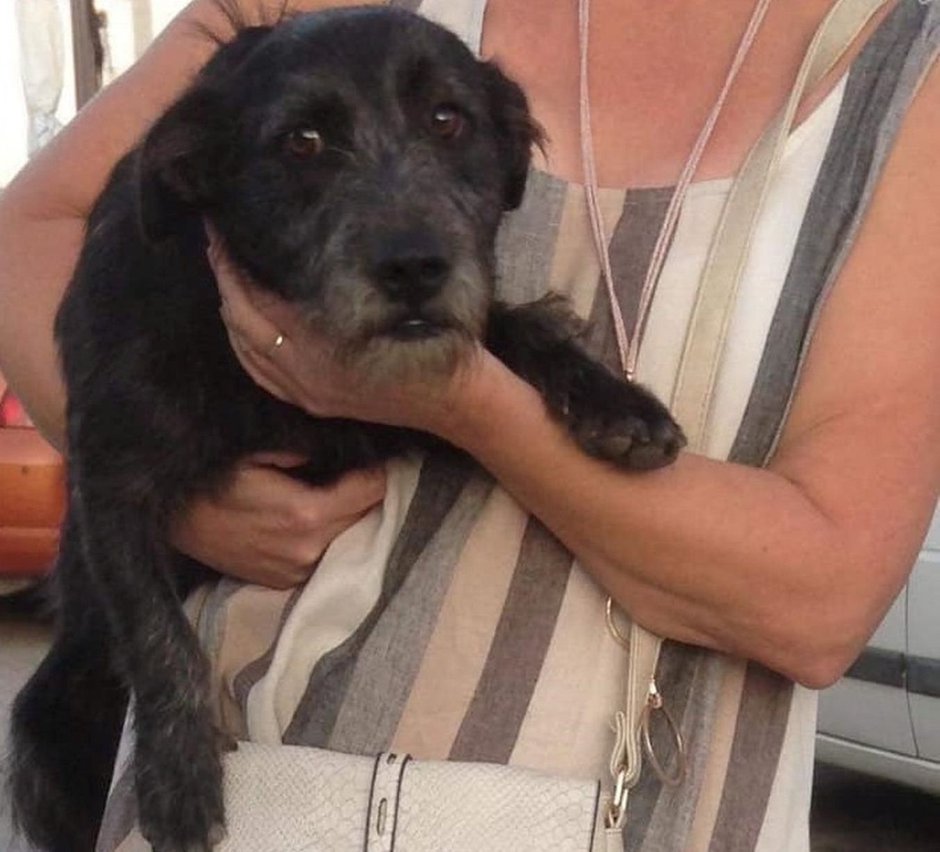 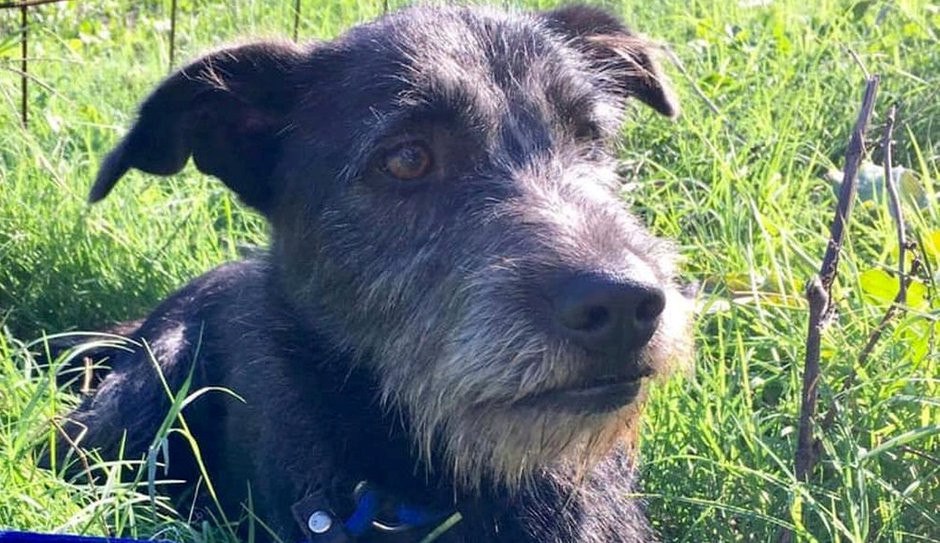 After choosing a name for her new furry friend, Levi waited patiently while Punter was put into boarding in Zante, paying fees to get him vaccinated and a passport.

And yesterday Punter finally arrived in the UK after a couple travelled to bring him home on the ferry.

Levi added: "I travelled to London to be re-united with him yesterday, and I just cried. All the way home he had his nose on my hand."

"He's settling in now, he's been going mad roaming around the house and it's so nice to finally have him here.

"I already have Oscar, a Jack Russell and Bella, a Bull Mastiff cross, so he's even gained a new brother and sister.

"He's so desperate for love and affection, and such a lovely dog after all he has been through.

"Before he was dodging cars not knowing when he'd next be fed, even having to eat horse faeces to survive, yet he was so loving and happy from the moment I saw him.

Levi's determination to bring Punter home has gained him a whole army of fans on social media.

"Lots of people have been so touched by him and the story, and I've gotten so many messages of support which is just lovely," she added.

"One lady even commented saying that he doesn't have a clue how famous he is, and it's so true, it's so nice to see how many people care about animals too."

Levi also urges anyone who is thinking of adopting a stray not to give up.

She said: "If I hadn't of pushed to find Punter and been so determined, then he probably wouldn't be with me now so to anyone thinking of doing something similar, be patient and don't give up.

"To think about the awful life he must have had, to now know that he's got a bed, he's got food he's got everything that a dog should have, I can't wait to shower him with love!"