This stunning picture sequence shows a freediver ‘hanging out’ over a huge underwater trench.

The pictures were taken in Barracuda Lake, Coron, Philippines by photographer Daniel Parson who was helping run and manage the one of the world’s largest freediving festivals. 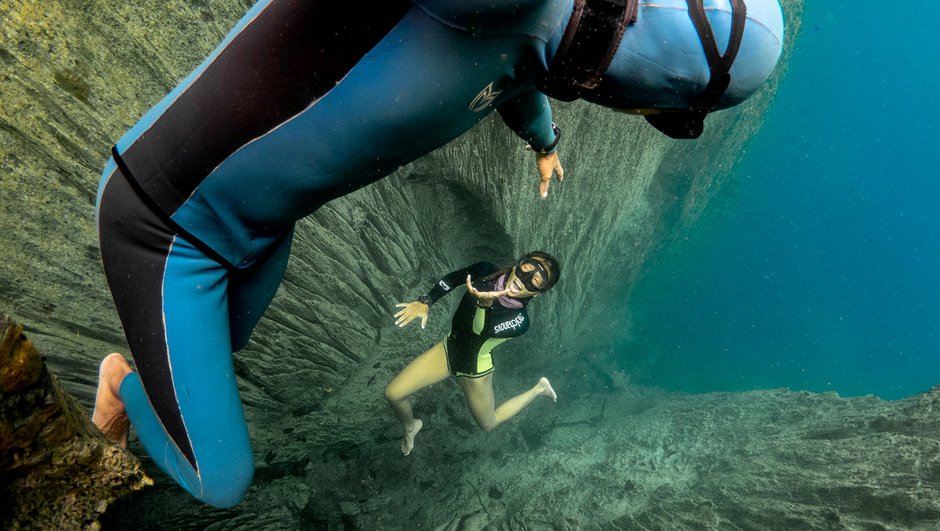 This stunning picture sequence shows a freediver ‘hanging out’ over a huge underwater trench.

Freedive expert and trainer Daniel photographed his students hanging from the submerged volcanic cliffs against the backdrop of an imposing abyss.

One shot even shows a male diver seemingly allow a female diver to fall into the trench below.

Daniel, from New South Wales, Australia, is the owner and Director of Freediving Central.

He said: "Freediving Central is based in Sydney, Australia, and runs courses across the continent and internationally.

"Freediving is diving to depth while holding your breath! No tanks, no breathing apparatus!

“I had the idea for these photographs for some time before my visit to Coron, however, finding the right backdrop was a challenge. 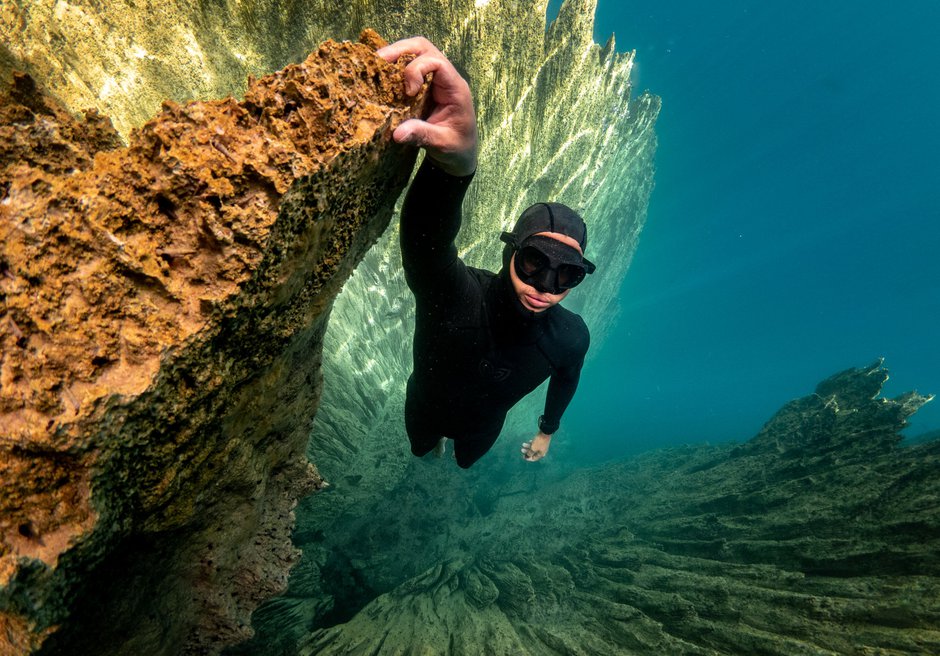 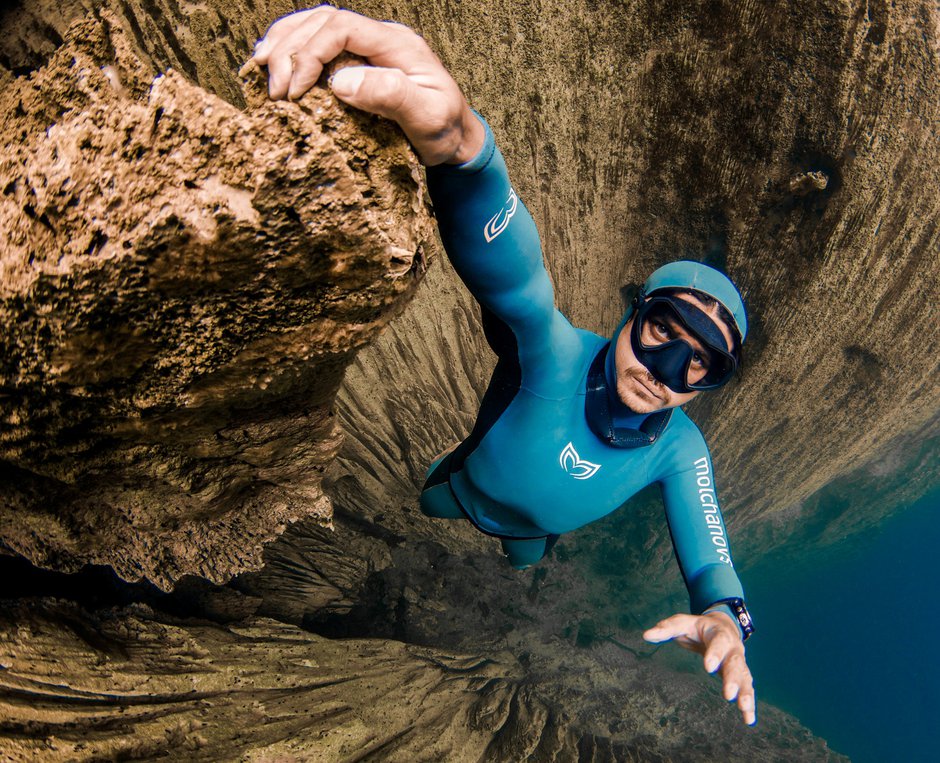 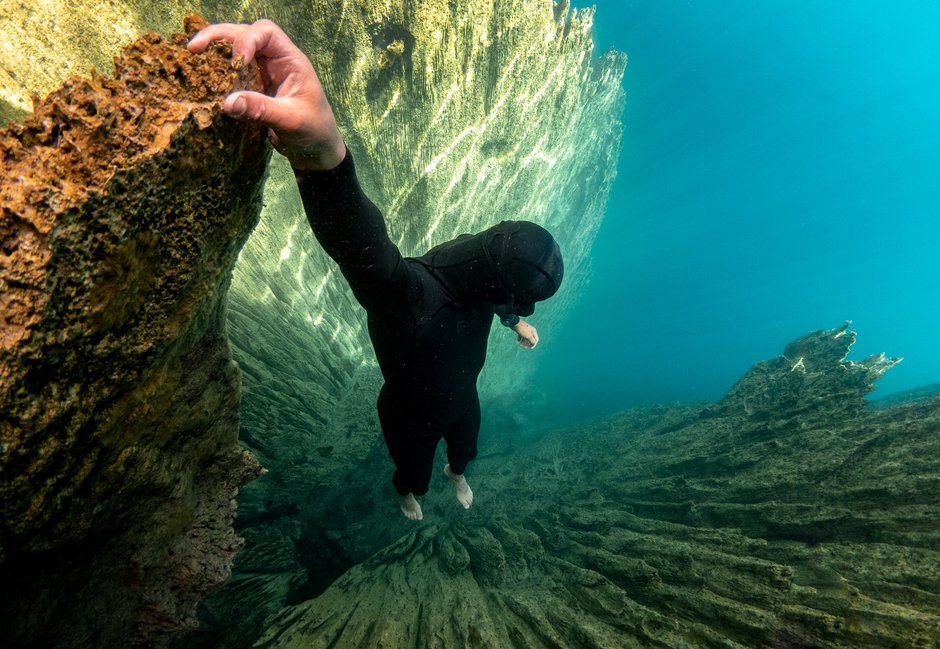 “The volcanic cliffs surrounding Barracuda Lake are stunning and when you combine freedivers who can hold their breath for substantial amounts of time with such epic underwater scenery, you can create some pretty incredible shots!

“The sheer cliff faces were the perfect backdrop for a ‘cliff hanger’ scene where the freediver risks sinking into the vast nothingness if they let go.

“It was a lot trickier than it looks to get these shots just right but the photographs were a success and turned out better than I imagined!

“The visibility in the lake is endless which gives an illusion that makes the audience question whether they are in water or not.

“I was lucky I had some talented freedivers who could convey the fear of falling into the abyss and holding on for life.

”We are still not sure whether the male freediver let her go, or if her hand slipped … there were rumours at the time that their relationship was on the rocks!”