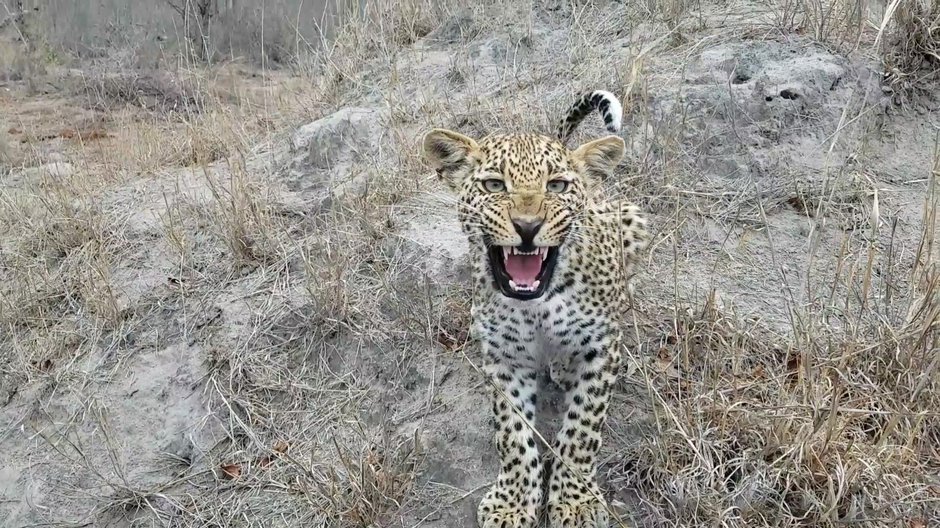 This is the moment a wildlife photographer found himself face to face with a curious leopard cub.

Game ranger Dillon Nelson was filming a mother leopard and her young daughter when the inquisitive cub decided to get a closer look.

The curious 10-month-old cub got up from it’s overlook on a termite mound in Sabi Sands nature reserve, South Africa, and ended up centimetres away from Dillon.

He froze as the young leopard investigated Dillon's boot before eyeing him up and letting out a defensive hiss.

Dillon, 25, said: "I work in the area as a game ranger or nature guide and take people out on Safari and Bush walks.

“We were following a resident female leopard and her 10-month-old cub as they moved through a very dense Monkey Orange and Bush willow thicket. 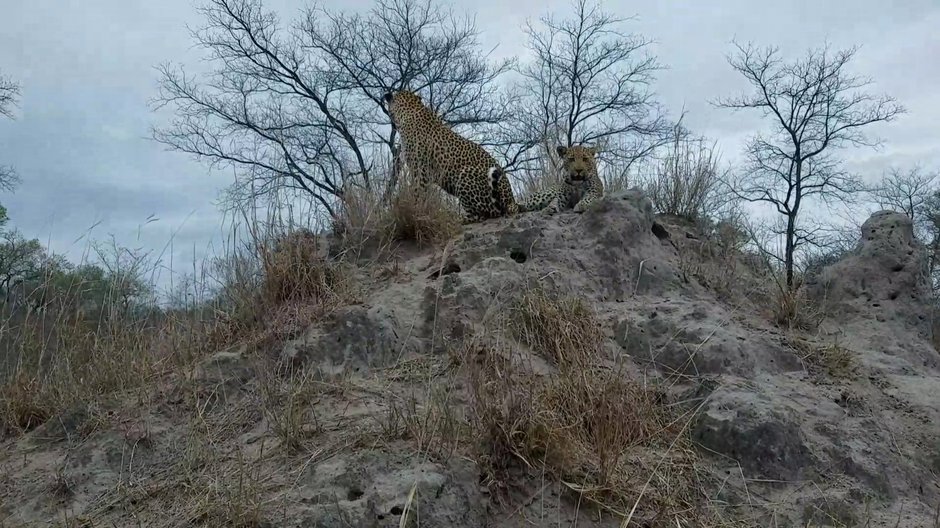 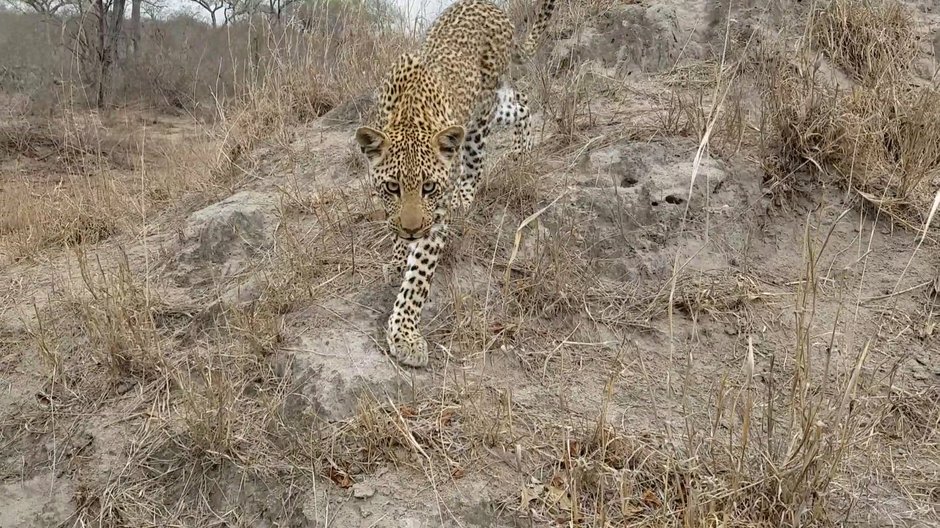 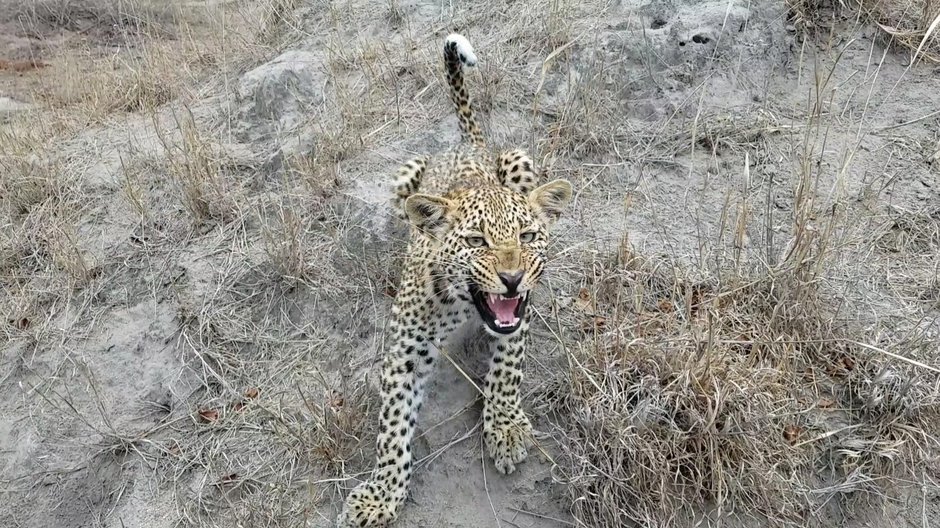 “She was presumably taking the cub on a walk about, teaching her some skills about hunting and stalking prey.

“The adult went up onto this termite mound to get a better look at her surroundings, with the youngster following right behind.

“With the cub being quite young and inquisitive she came to investigate what my shoe might be. Possibly thinking or hoping it was a scrub hare or squirrel.

“I was quite nervous but more excited than anything else. It's hard to describe how it felt during the sighting because I was trying to keep calm and take in what was happening.

"As I saw her approaching I already knew it was too late for me to move. I thought I should just keep still and allow her to investigate.

"She saw what she needed and then proceeded on her way. Definitely a thrilling experience, and one not many people get to have. “