James Michael went swimming in Lake Malawi in southeastern Africa with pals two years ago, and had no idea a parasitic worm had burrowed into his privates 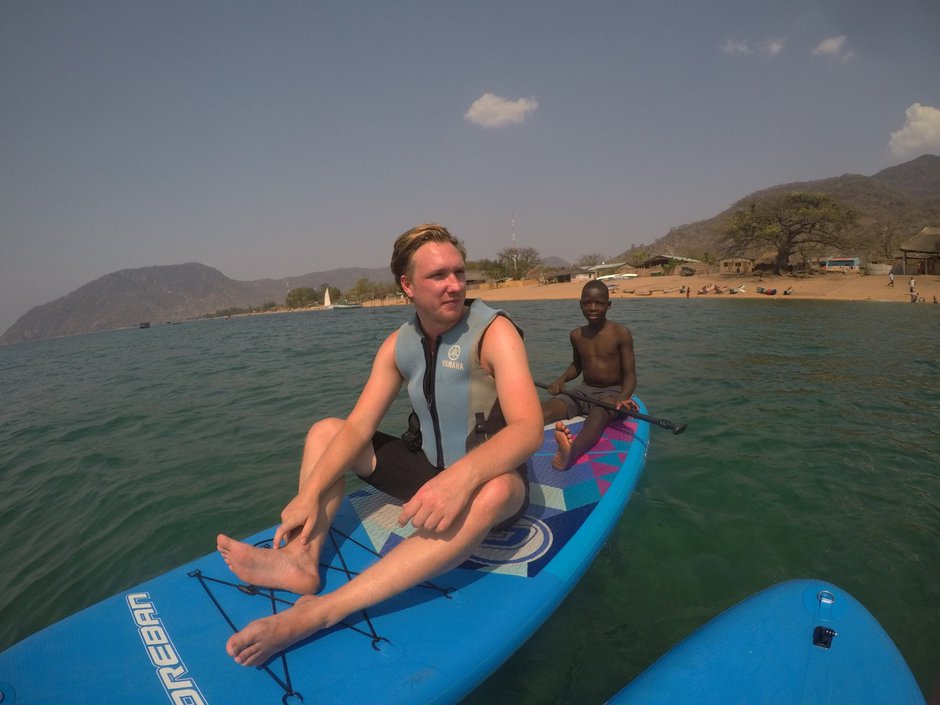 A traveller spent three months in hospital and lost the use of his legs after taking a dip in a lake - when a parasitic worm swam up his penis.

James Michael, 32, went swimming in Lake Malawi in southeastern Africa with pals two years ago, but had no idea and had no idea a parasitic worm had burrowed into his privates.

The parasitic worm laid eggs inside him, which slowly made him so ill his immune system went into overdrive, and attacked his spine.

The marketer was hospitalised for three months while medics fought to get the infection - bilharzia - under control, giving him only a 30 per cent chance of a full recovery.

But after a stint in a wheelchair, suffering digestion and toilet problems, and using crutches for four months he has finally made a full recovery.

James, from Kensington, central London, said: "When I look back at photos from my time in Africa, it's weird to think that's where the parasite crawled up my penis.

"That wasn't exactly how I imagined the trip of a lifetime with my friends going - the whole experience was surreal and strange.

"Plotting a line, it was like going straight from a paradise beach to a hospital bed, almost incapacitated and helpless.

"This journey has made me definitely think more about my health and about how I look after myself - like reading up on health risks when I travel.

"I would urge anyone thinking of getting into Lake Malawi not to.

"It's just not worth the potential risks of a little worm climbing in your body through your parts. It's a grotesque, sickening thought.

"This has been horrendous. It's felt like a never-ending mountain I've had to climb."

James went on the "trip of a lifetime" to Africa with three mates back in August 2017.

They travelled from Zambia to Zimbabwe, before visiting Malawi for five days.

The group of three swam and canoed for three hours a day every day in Lake Malawi - before jetting back to the UK.

"Even though I contracted the infection then, nothing happened and I was able to leave for home thinking nothing was wrong," he said.

In October 2018 James began to notice a loss of feeling in both his legs, and initially thought it was fatigue from cycling.

"I supposed it was just from the exercise, so didn't worry about it," he said.

"But the feeling of fatigue never shifted, and actually got worse that month."

But it got worse over the course of a few weeks, until it was taking him five minutes to climb up 15 steps to his flat. 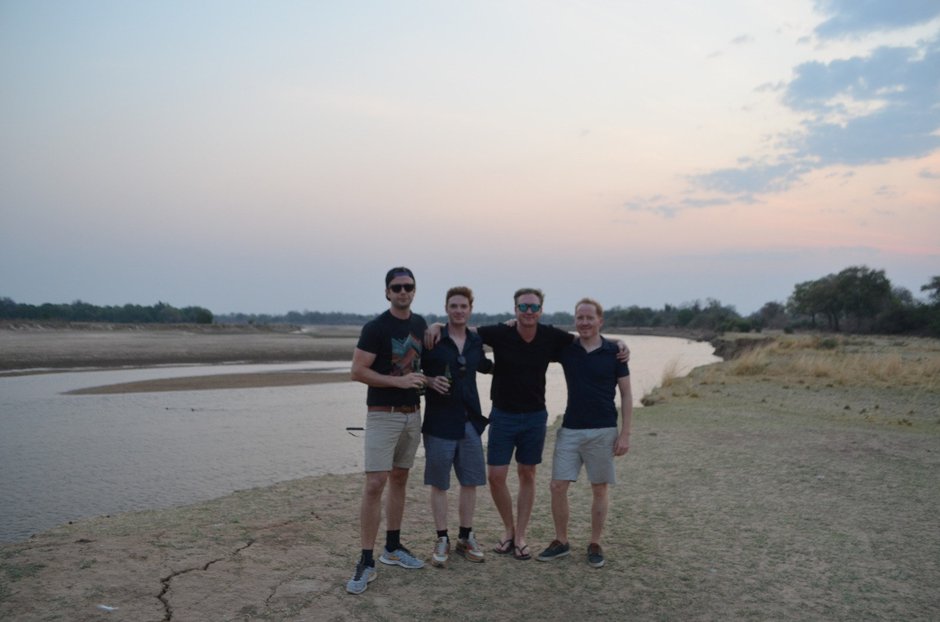 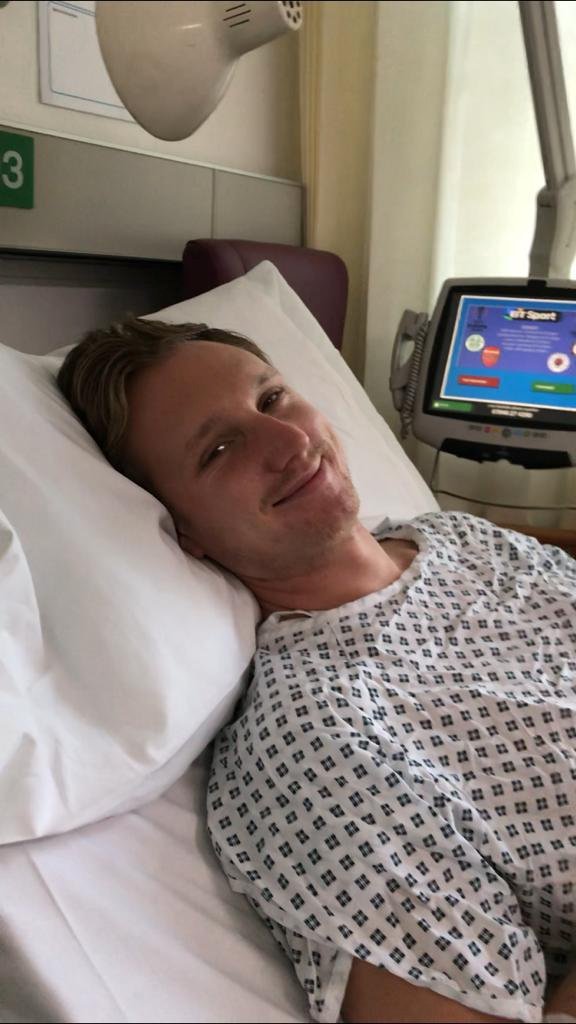 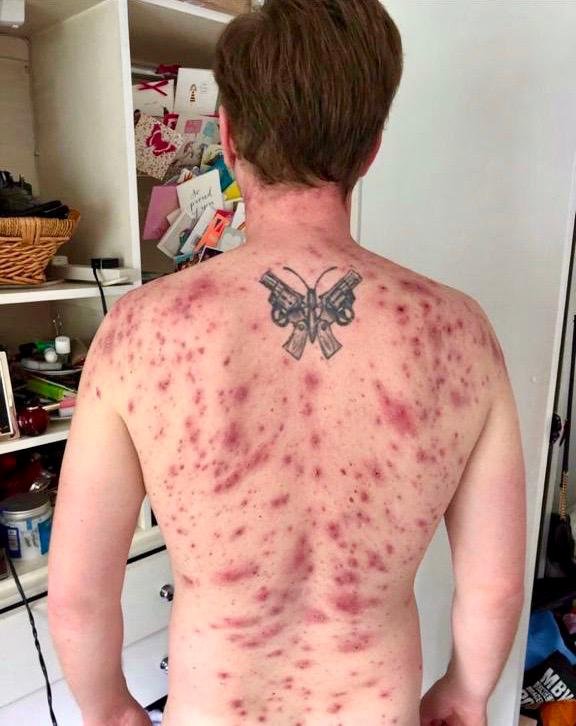 He went to Chelsea and Westminster Hospital in November 2018 when he woke up sweating uncontrollably, and started to worry he had MS or motor neurone disease.

Worried James was given antibiotics and sent home, but still felt terrible, and a week later, with the loss of feeling increasing went back to hospital.

"I explained to them that something serious was going on," he said.

"I went to the neurology department, and they did blood tests to see what was up.

"They determined quite quickly that my immune system was attacking my spine, leading to the loss of control of my legs.

"I was put on a six-month course of steroids to counter this, but they didn't actually know what had caused this."

Tests revealed his immune system was attacking his spine, and he eventually totally lost the use of his legs due to a combination of pain and loss of feeling.

Doctors from the Hospital For Tropical Diseases told panicked James that a parasitic worm had crawled up his penis and laid eggs in his body.

A week before Christmas he was diagnosed with bilharzia - an infection caused by a parasitic worm which lives in fresh water in subtropical and tropical regions - and given suitable medication.

He said: "That killed the infection but I was left basically debilitated.

"They told me there was a 30 per cent chance I'd make a full recovery - ten years from now.

"It was a horrible feeling - I felt completely helpless, and the odds weren't good. I couldn't wish what I've been through on anybody."

He had to spend three months in hospital using a wheelchair, then four months on crutches, until April.

He also had to deal with extreme acne caused by steroids, diarrhoea, and using a catheter because he couldn't use the loo.

James said: "The pain has been like nothing I've ever know. At times, it has been an excruciating physical pain that's been debilitating.

"Early in my recovery - sometime in January - I had a really terrible acne outbreak that went all down my back and down my arms.

"I couldn't sleep for a month because lying on my back hurt. I couldn't really be under running water either, so I had to shower my front instead.

"The loss of feeling and use of my legs affected every part of my life. I wasn't able to exercise much because of the infection, which was hard.

"In January, I couldn't use the toilet normally, so had to use a catheter. That was quite embarrassing for me because it's not something you associate with young guys.

James also lost his appetite and struggled to maintain a sex life with his girlfriend.

He said: "My girlfriend couldn't hug me because just to touch me hurt and we've not been intimate with each other because it's just too painful for me.