A golden retriever nicknamed “Street Sweeper” because he couldn’t walk on his front legs has gained a new lease of life, thanks to $20k of treatments and a specially designed wheelchair 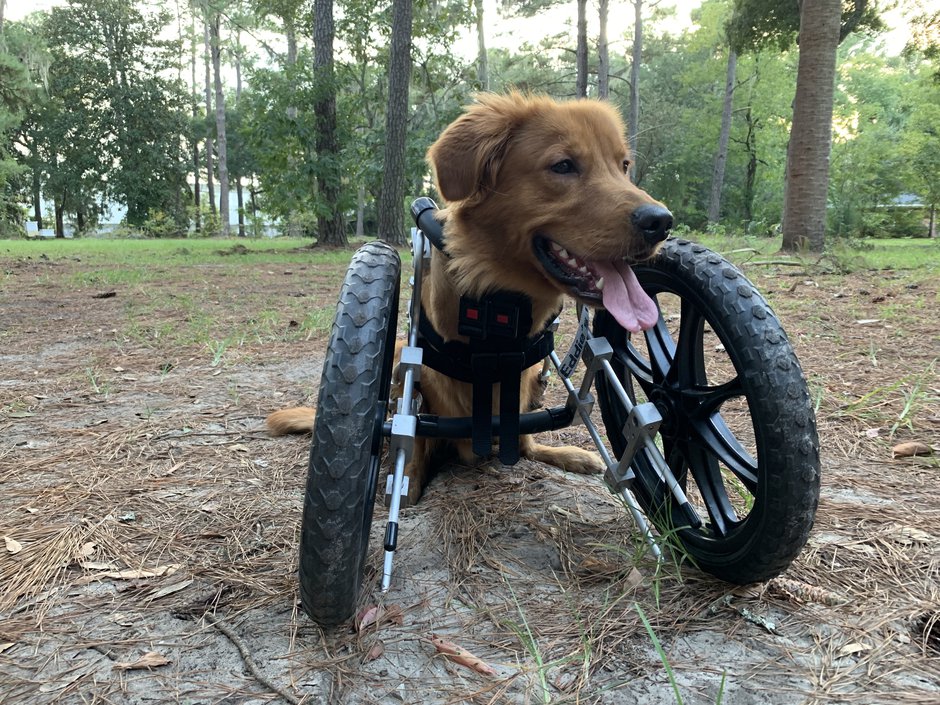 A golden retriever born with deformed front legs has a new lease of life - thanks to a specially-designed wheelchair.

Pigpen the pup needed both legs amputated at eight months-old and could only move by pushing his body along the ground - earning him the nickname 'Street Sweeper'.

But now the 14-month-old has a custom-made set of wheels to replace his front legs - allowing him to scoot around and play with other dogs.

He said: “It was worth it though - he’s so happy. If I could bottle that kind of happiness and sell it then I’d be a billionaire.”

"We initially thought he was just going to be the runt of the litter, but as he continued to grow there was a noticeable developmental difference between him and his siblings," he said.

“He couldn’t use his front legs, he just used to slide along the ground like a street sweeper.

“He’d get super dirty all the time but he didn’t care, he was having a great time.

“My fiancée named him Pigpen after the keyboardist from the Grateful Dead [American rock band].

"But the name gathered new meaning, because he was so dirty all the time.

"He's a very messy eater too."

Chad consulted with a veterinarian who advised that both of Pigpen’s front legs needed to be amputated, in two separate operations.

“A lot of thoughts crossed my mind,” recalled Chad, who lives with Pigpen and his fiancée Gloria Mulvaney, a 34-year-old nurse and their two other dogs.

“We were worried about what his quality of life would be like after the amputations.

“But after talking to the vet, we decided that if Pigpen could fight the fight then we could too.

"As long as he is comfortable and not in pain we said we would do everything we can to keep him alive.” 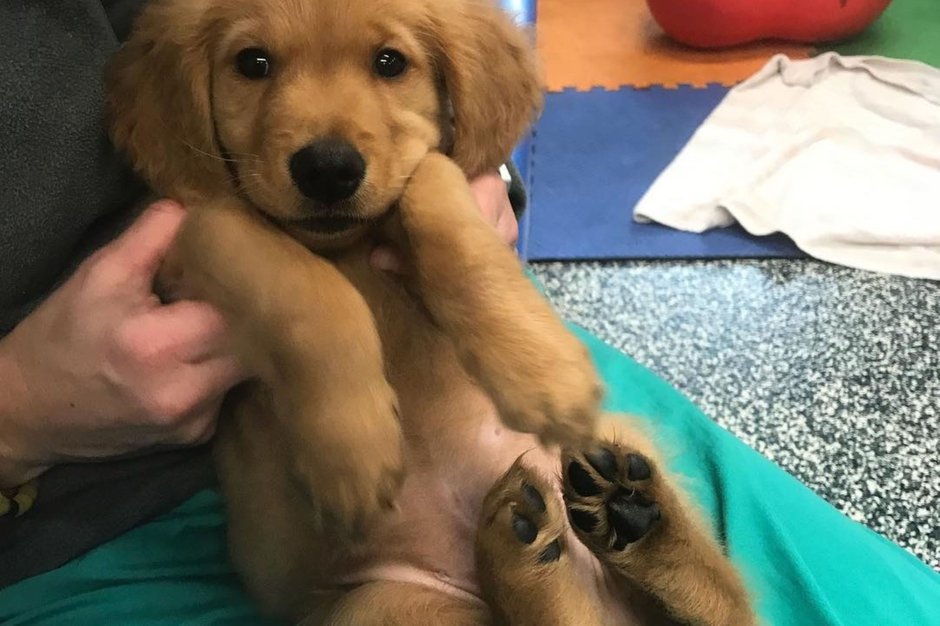 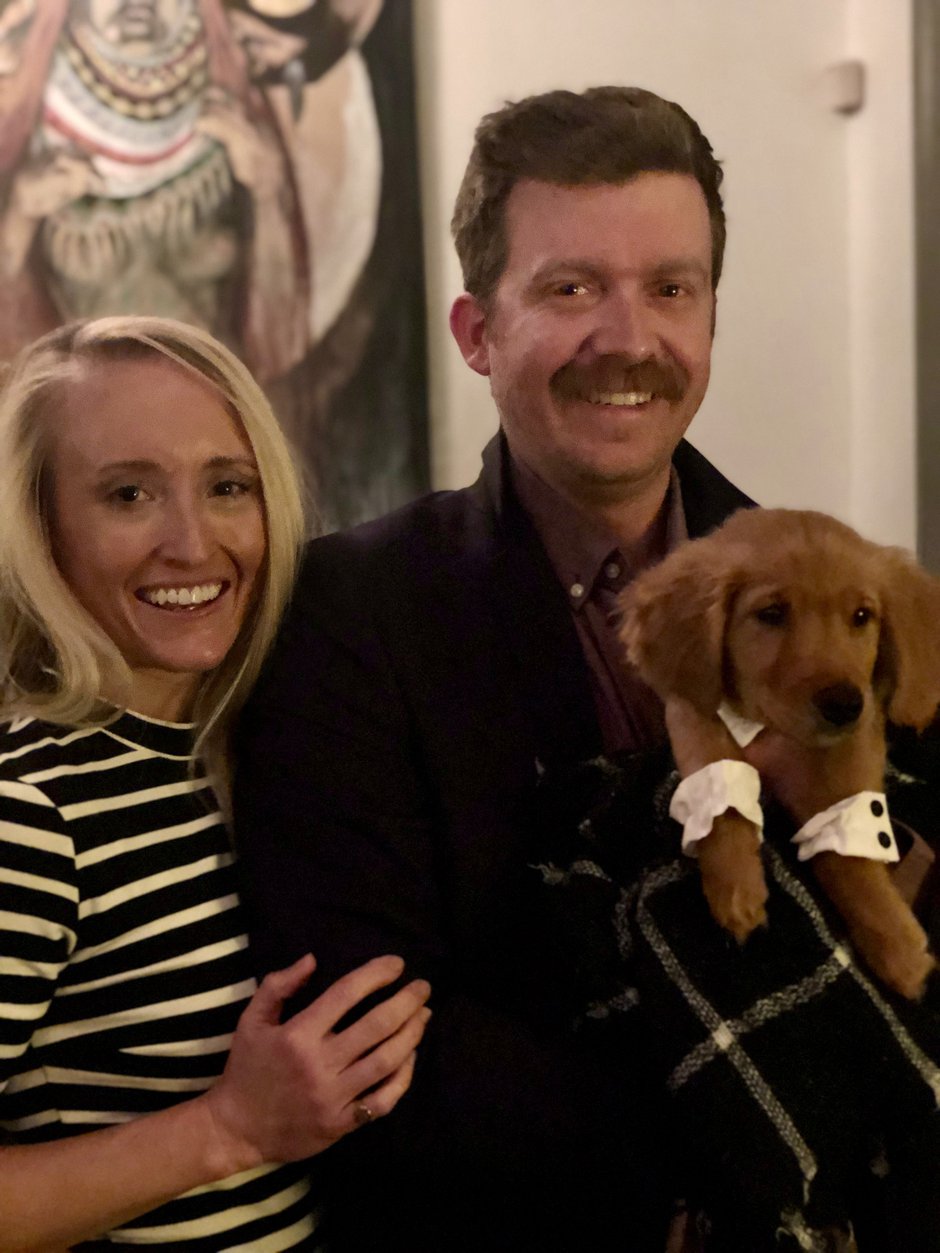 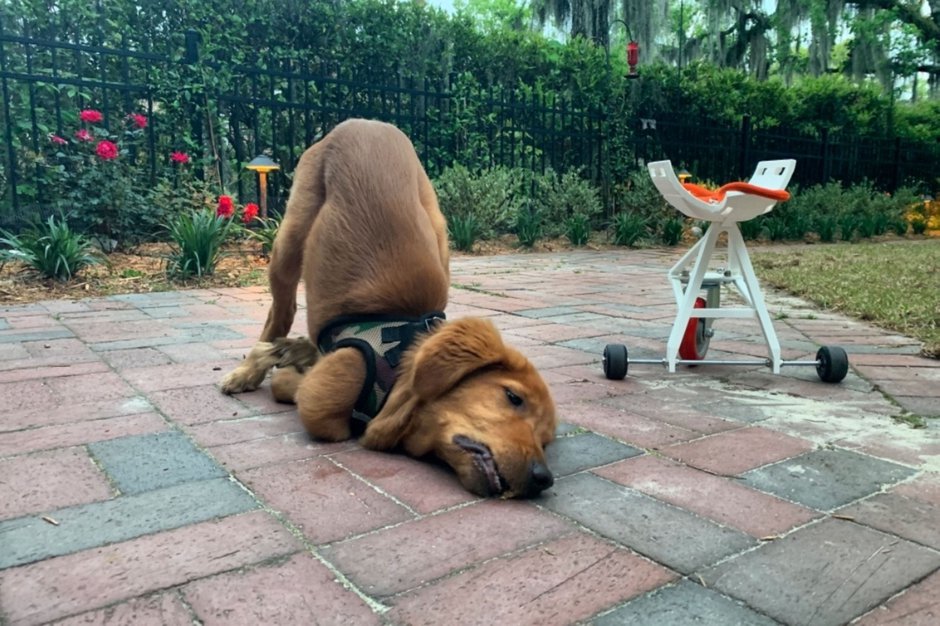 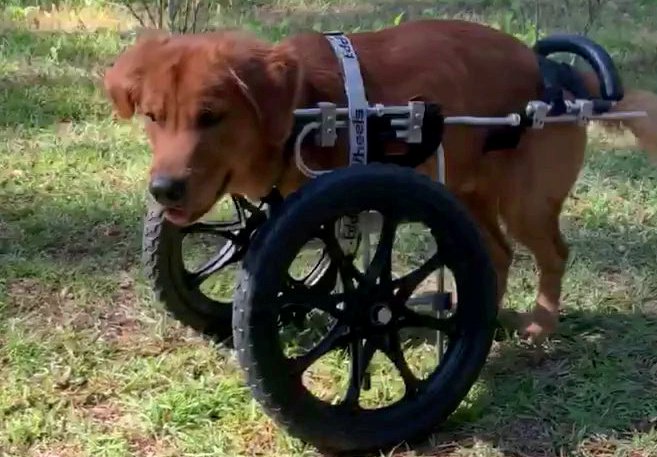 In July 2019 Pigpen had both his front legs removed and by December 2019 he was having physical therapy at the Fetch Canine Rehab facility in Savannah.

“He recovered more quickly than anyone expected him to,” said Chad.

“He seemed a lot happier. His front legs were weighing him down and becoming very deformed.”

Pigpen has also received his first professionally-made wheelchair, to give him independence and mobility.

“We experimented with several prototypes while he was a puppy but we had to wait until he was fully developed to get the final model,” said Chad.

Pigpen can now play freely with his friend, a white golden retriever named Hank, who lives in the neighborhood.

"They have a great time rolling around together," said Chad

Chad estimates that the total cost of Pigpen’s treatments has amounted to over $20,000.

“We held a fundraiser and the vet was so kind, he gave us the operations for half price,” he said.

“It was worth it though, he’s so happy. If I could bottle that kind of happiness and sell it then I’d be a billionaire.”

A public fundraiser on GoFundMe.com has been set up to help fund Pigpen's ongoing medical care: