A five-year-old leukaemia patient is heading to Singapore with his parents after kindhearted members of the public donated £500,000 for potentially life-saving treatment

Oscar Saxelby-Lee will have CAR-T treatment after the community helped raise the funds to cover the cost of the treatment, which is not currently available on the NHS 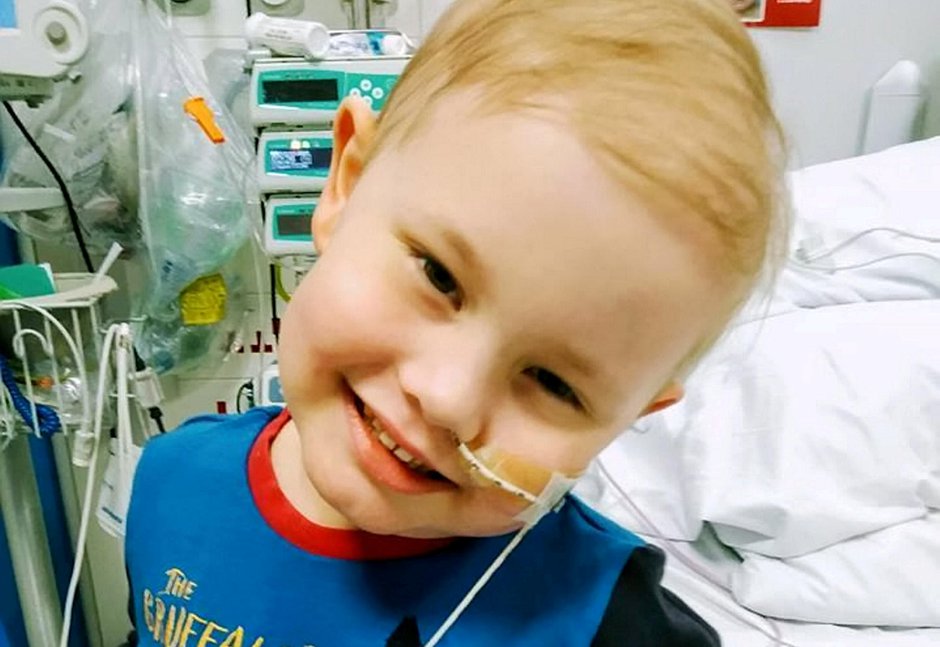 A five-year-old kid is heading to Singapore with his parents after kindhearted members of the public donated £500,000 to fund leukaemia treatment.

Oscar Saxelby-Lee will have CAR-T treatment after the community helped raise the funds to cover the cost of the treatment, which is not currently available on the NHS.

He will make the trip with his parents “in the next few days” following the successful crowdfunding campaign to pay for the potentially life-saving treatment.

Oscar’s mum Olivia Saxelby said: “Oscar is continuing to fight, but his disease hasn’t responded greatly to treatment in the UK involving a top up of donor cells he was given.

“It kept his disease level down to an extent, but it’s not what we had wished.

“It’s taken a few days to come to decision, not only because of the results, but the difficulty in knowing whether each option will cure him.

“All we want to do is the ‘right’ thing by our baby. So in the next few days we shall be on the plane to Singapore.

“We are scared, we are petrified, we just don’t know if this is the best option, but what we do know is Oscar was given this chance, and we must go for it before it’s too late.”

Oscar, from Worcester, first made headlines when more than 10,000 people responded to a plea for potential stem cell donors after doctors gave him three months to find a match.

After a match was found, Oscar’s parents Olivia, 26, and Jamie, 23, hoped it was the first step to curing their son who has a rare T-cell acute lymphoblastic leukaemia.

But they were left devastated when they discovered the disease had returned despite Oscar's stem cell transplant this spring.

They suffered further heartache when they were told the NHS would not fund a second transplant or a potentially new cell therapy treatment.

The desperate couple launched a fundraising drive to raise £500,000 needed to send Oscar to Singapore for the CAR-T trial. 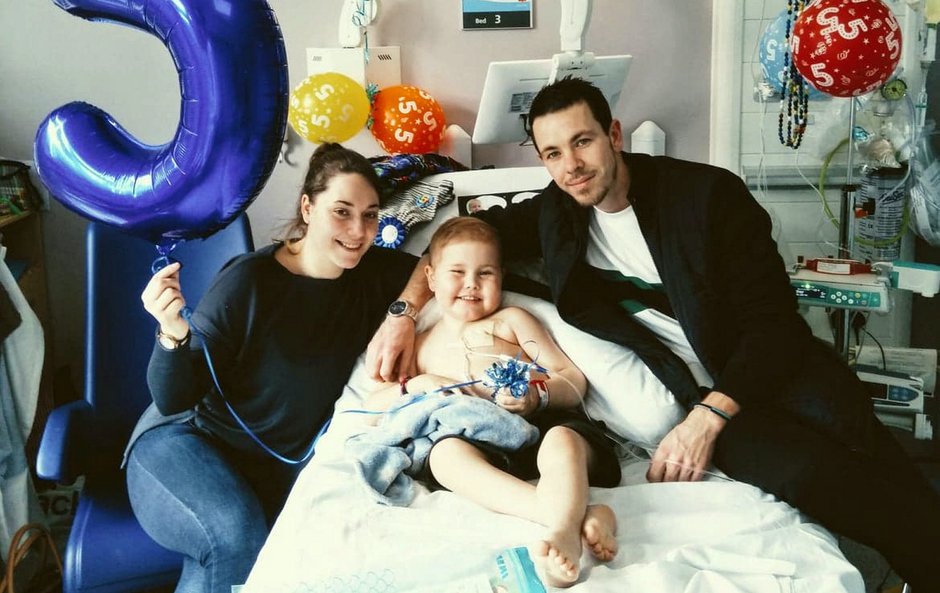 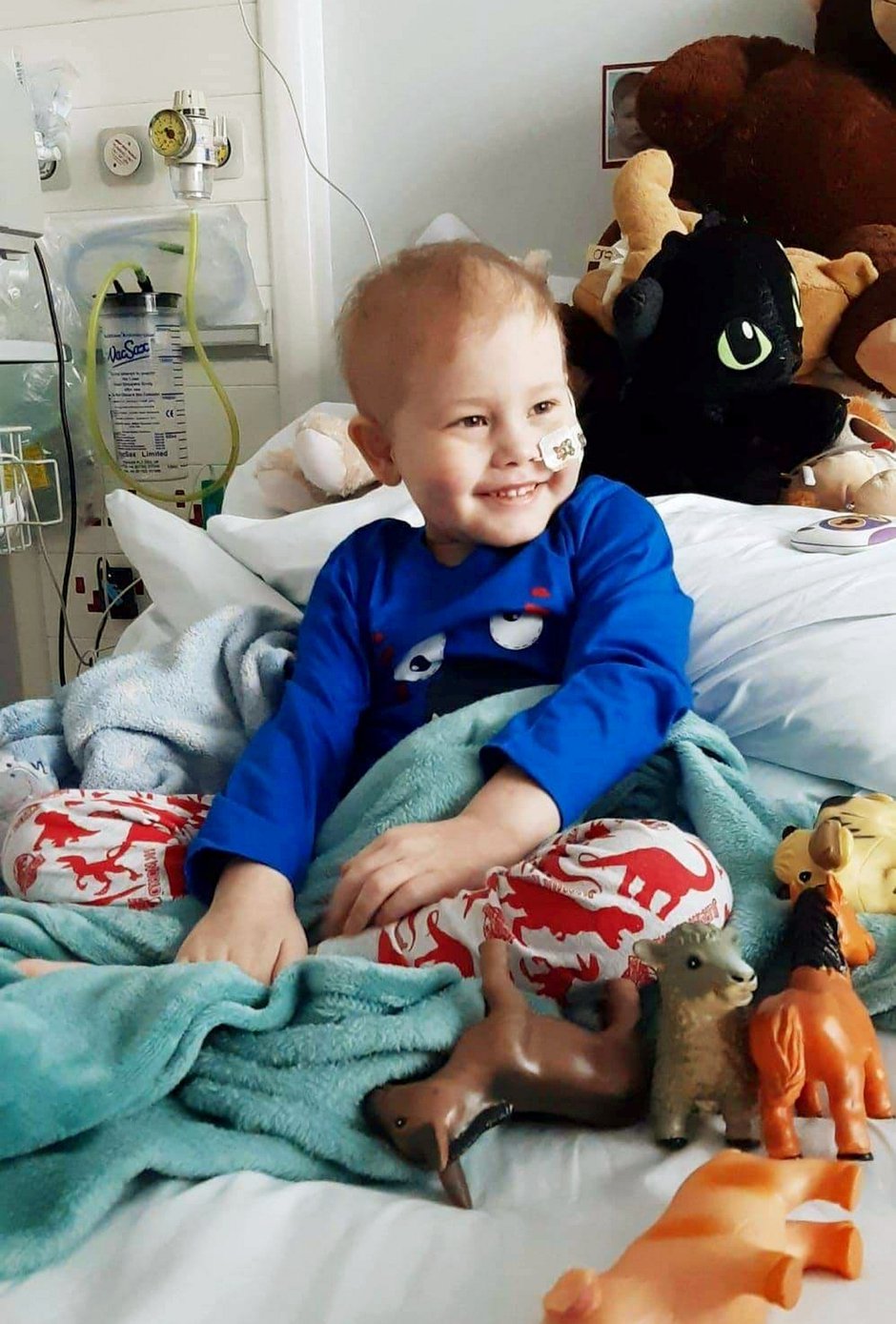 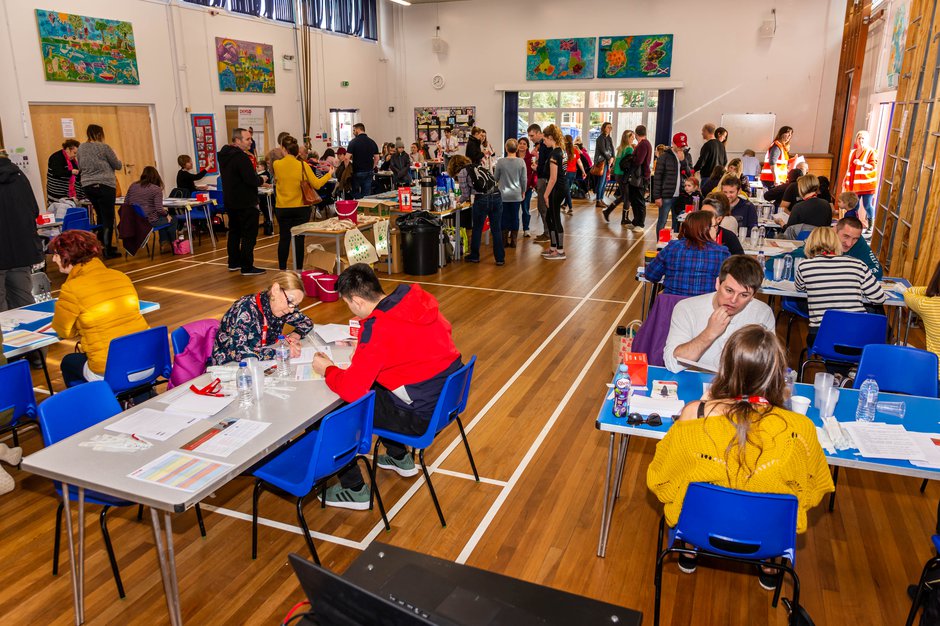 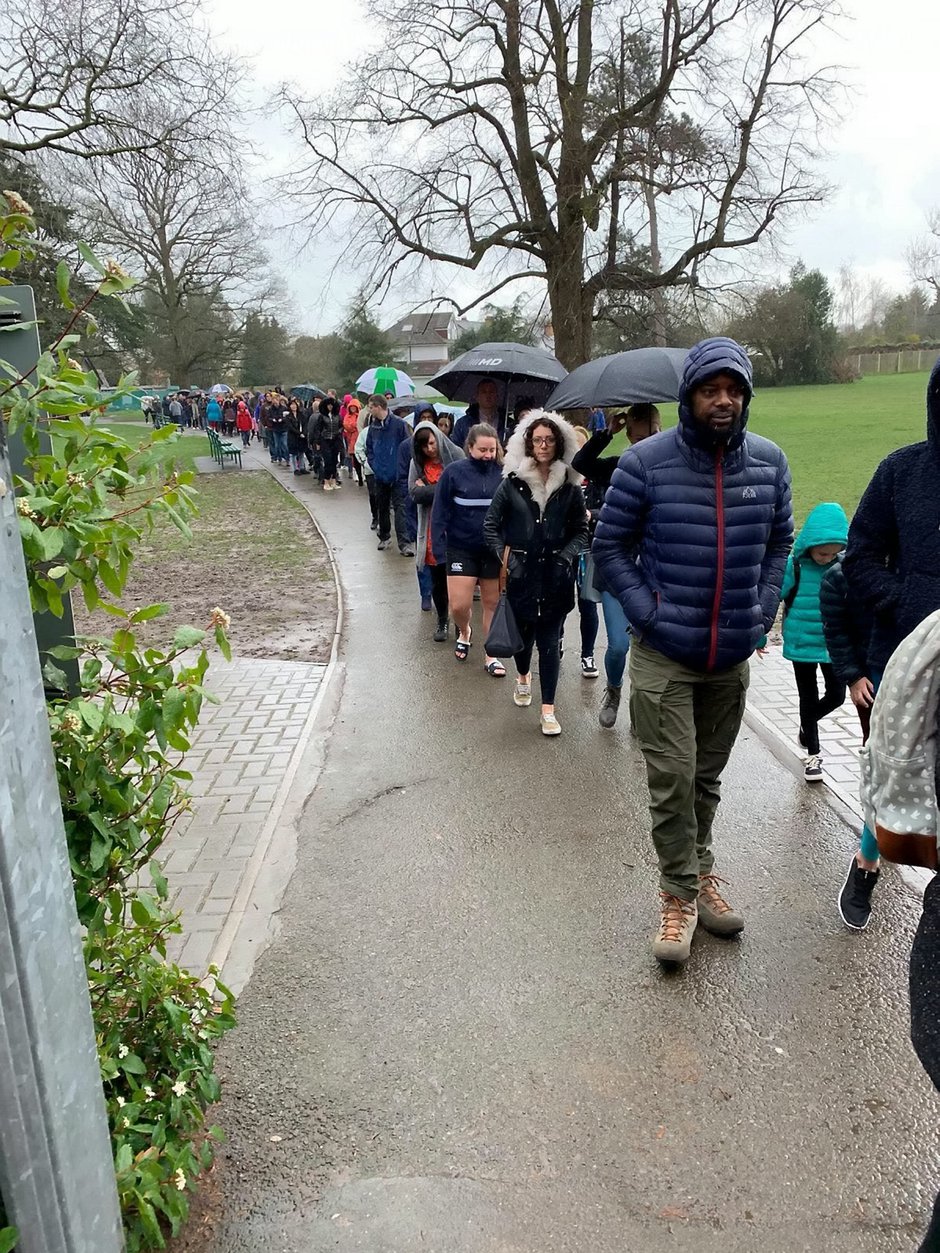 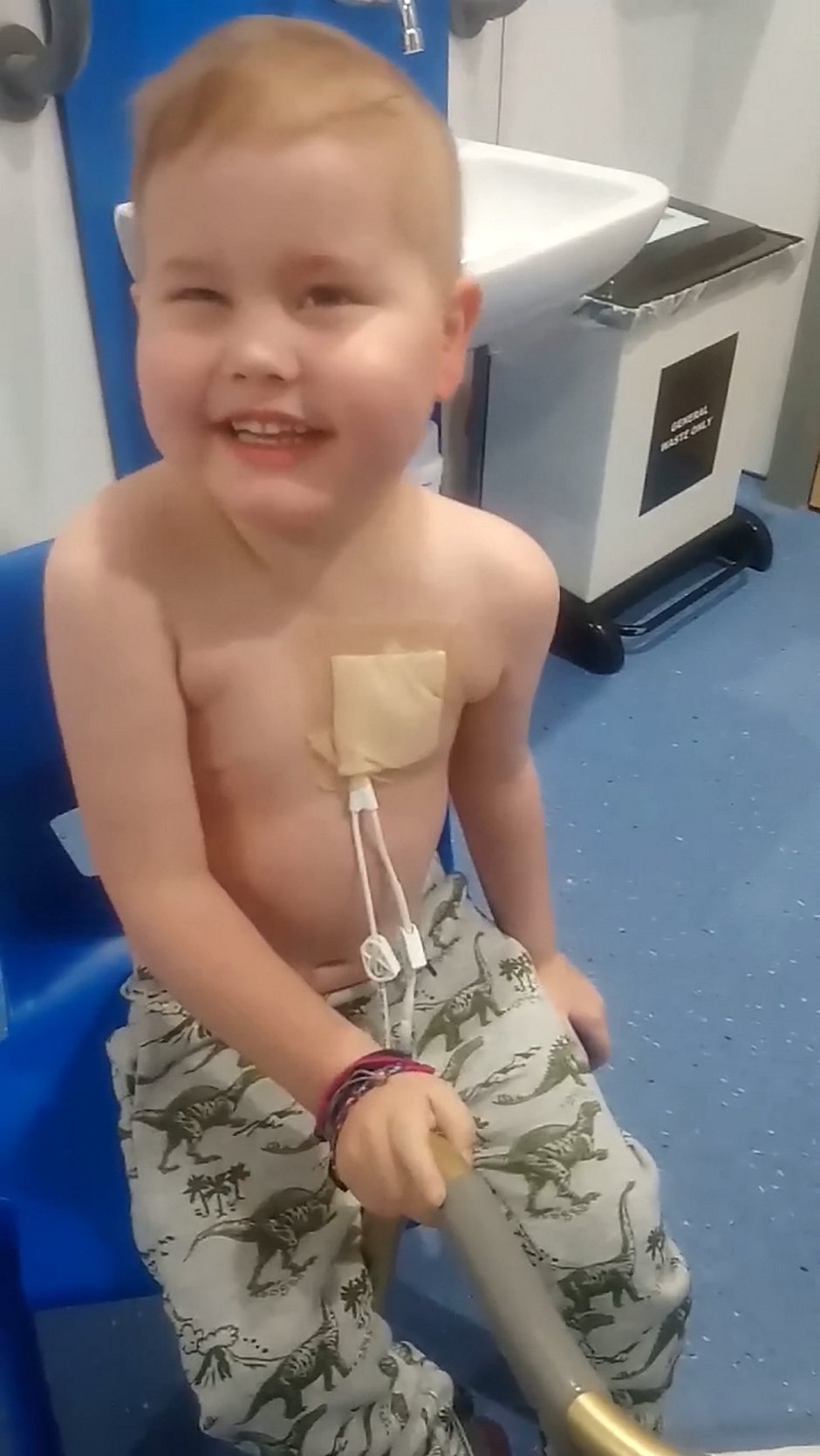 The campaign to raise half a million pounds to fund a specialist treatment for the brave five-year-old boy was one of the fastest online charity appeals, taking just three weeks.

In a post on their Facebook page, the family said: “Often we sit, no talk is needed, no eye contact is needed, just tears. Just that time to grieve.

“It’s not often but it happens. It happens because all we wish for is a ‘normal’, happy life without our baby suffering.

“Being strong, remaining positive is absolutely our way of coping but sometimes we do have to be realistic.

“All we want to do is the ‘right’ thing by our baby. Yet that is not something that you can’t determine during these traumatic times.”

“We would like to wish them the very best of luck on this next step of their journey and to say we are rooting for Oscar all the way.

“The funds are ready, but we are currently working hard to sort the final details for the funding of Oscar’s treatment and are awaiting on the final paperwork from Singapore before transfers can take place.

“When this is received, we will be ready and waiting.

“Thank you so much to the people of Worcestershire for working together to help us give this wonderful little boy this chance.

“Grace’s legacy was a wish to help other children, and we are so proud to have been able to help support Oscar’s family in this way.

“We will continue to be in close contact with the family, helping where ever we can.”