Daphne Neville, 82, has kept the mammals for nearly 40 YEARS and devotes her time to increasing awareness about the cute creatures 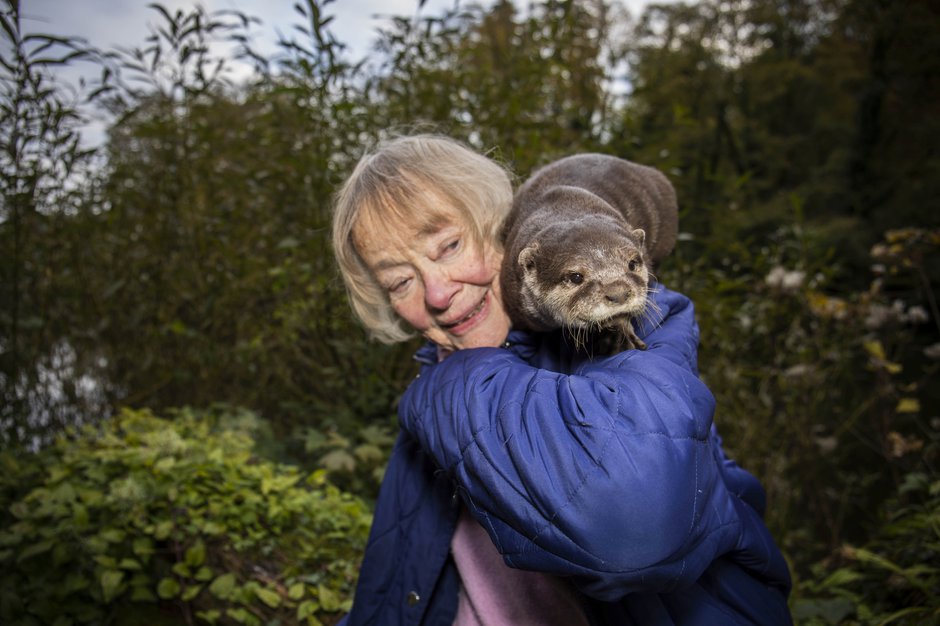 Meet the animal-loving pensioner who has spent her life raising pet OTTERS - and regularly walks around town with them on her shoulders.

Daphne Neville, 82, has kept the mammals for nearly 40 years and devotes her time to increasing awareness about the creatures.

She even takes her current pet, 'Rudi', to the shops - but said people don't mind because the otter looks "cosy and happy".

An actress by trade, Ms Neville adopted her first otter in 1980 after a friend suggested her 18th century converted water mill near Stroud, Glos., offered the perfect conditions.

'Rudi', her tenth otter, is extremely docile and is used in shows across the country.

The affectionate animal is licensed under the Dangerous Wild Animals Act 1976 because of his 36 sharp teeth, although Ms Neville said she has never had a problem.

She said: "With Rudi, I've had him since he was three weeks old. He thinks I'm his mum. I'm a part of him and he's a part of me.

"I've shown people you can have incredible bonds with these creatures. Touch wood, we have never had an accident.

"I wouldn't want to be a risk to anyone. All my otters have been immaculately behaved. I wouldn't dream of taking them out otherwise.

"We do shows all over the place. People come from miles away - especially from Australia and New Zealand. They don't have otters there." 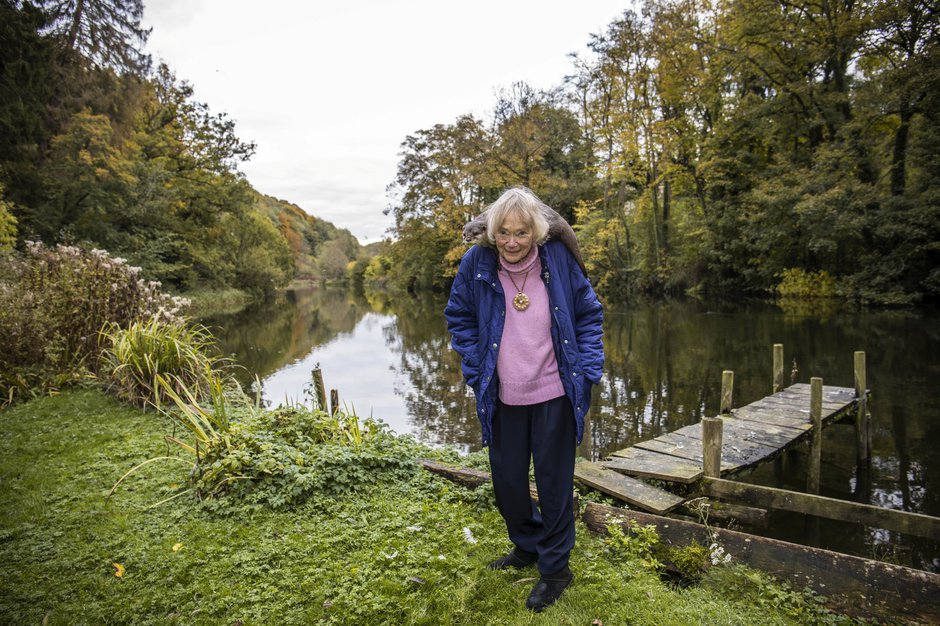 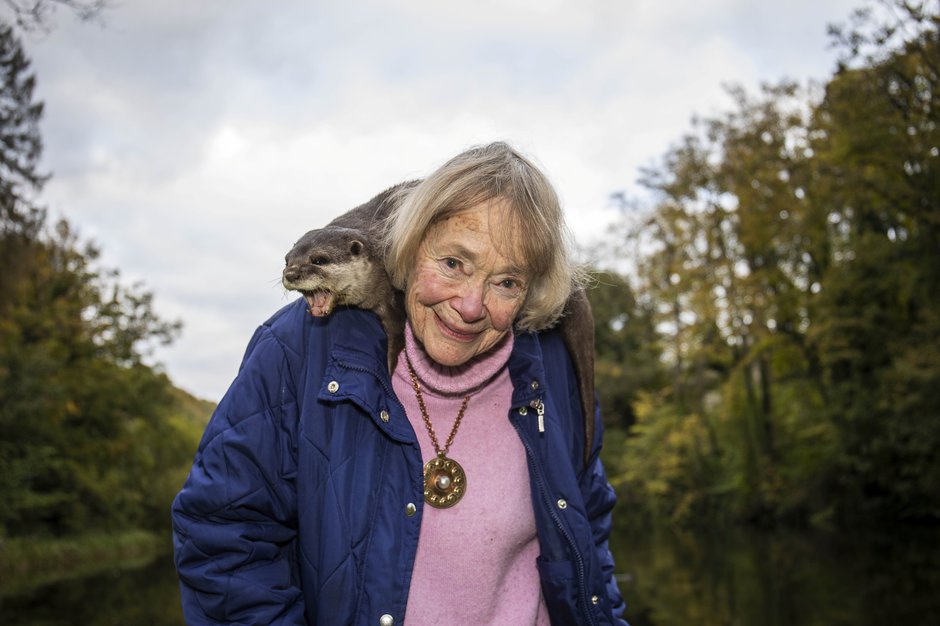 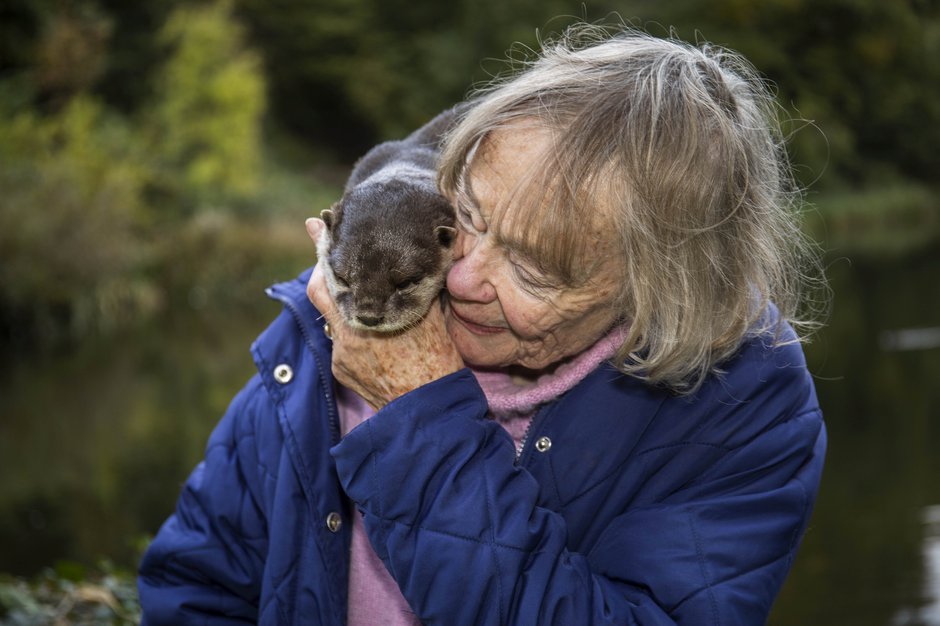 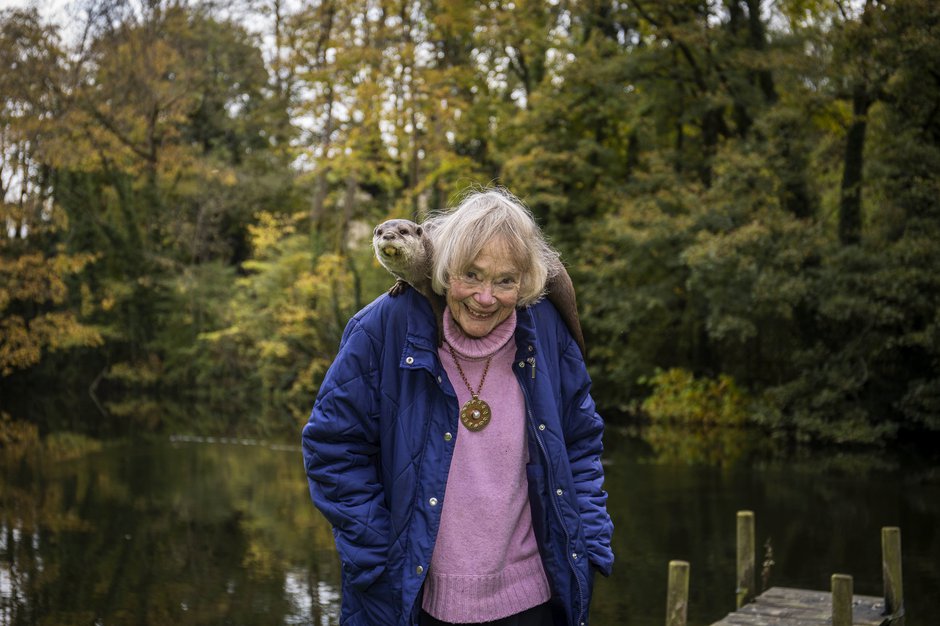 Ms Neville raised previous otters with her late husband Martin and three daughters, who have all now left home.

She also campaigned hard alongside big names such as the legendary Sir David Attenborough in years gone by to urge water companies to clean the country's rivers.

They had become so polluted with the chemical polychlorinated biphenyl (PCB) that the wild otter was almost extinct.

She said: "We didn't know anything about otters - we were just a normal family. But then we wanted to raise awareness about their future.

"We fought so hard for their safety. Clean water is pivotal for the future of otters and all living creatures. Since then [1980], the rivers have visibly improved."

Ms Neville is now supporting Animal Alerts, a small device which attaches to the front of cars and emits an ultrasonic sound.

This warns creatures like rabbits, dogs and otters not to cross the road as the car is approaching - potentially saving huge numbers.

She said: "It keeps them on the verge. Otters like to cross the road at night when they think it's safe."

When he's not on Ms Neville's shoulders, 'Rudi', an Asian small-clawed otter, lives in a large cage in the garden - where other otters can come and say 'hello'.

He performs in country shows, fêtes and children’s parties - including at Kensington Palace.

The pair have even appeared on the hit Channel 4 TV show 'Come Dine With Me', coming in second.

Ms Neville also keeps rescued swans, ducks and a goose on her lake.