Ellis Dimelow said the man was "loving it" 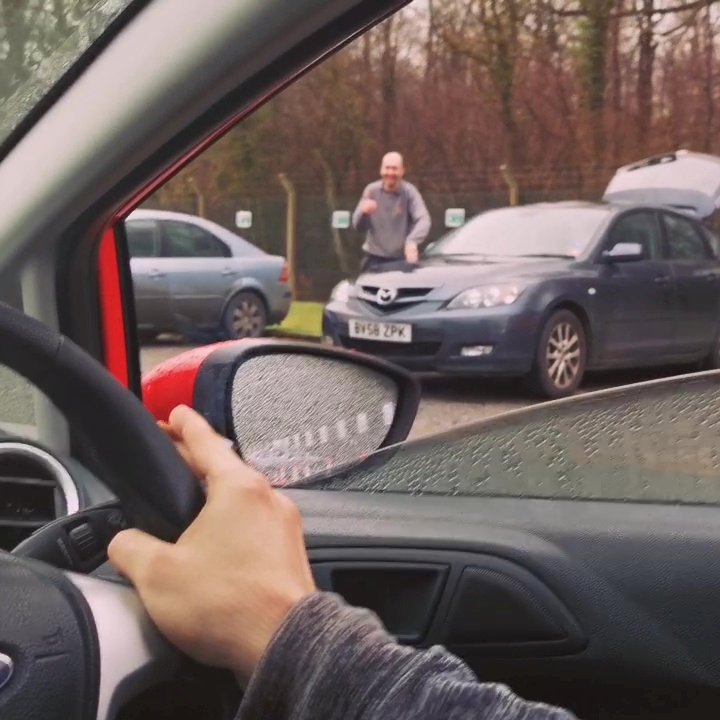 This hilarious video shows the moment a driver blasted the song "Pump It Up" through his radio - as he drove past a man who was inflating up his car tyres.

Ellis Dimelow was a passenger in his friend Dom Zach's car when the pair drove past a man at the side of the road pumping air into his car tyres.

Cheeky Ellis, 27, quickly took advantage of the moment, and started playing 2004 dance hit, Pump It Up, through Dom's car radio, winding down the window as they drove past.

The man can be seen glancing up and laughing when he heard the song playing, and started pumping his car tyres in time to the beat.

And as Ellis and Dom laugh at the situation, the other driver can be seen crossing his arms and shaking his head in mock annoyance at the pair at Harrogate, N Yorks.

Ellis, who works at a housing company in Harrogate, said: "We just put the song on as we were driving up to him.

"He was loving it. All three of us had a good laugh about it," Ellis joked.