RADIO HO HO! - Christmas-mad barrister splashes out £5,000 creating festive light and music display outside his home which drivers can enjoy by tuning their radios into his sound system

Nick Wright, 47, wows his neighbours and passing motorists with his dazzling light and music display at his home in Stourport, Worcestershire 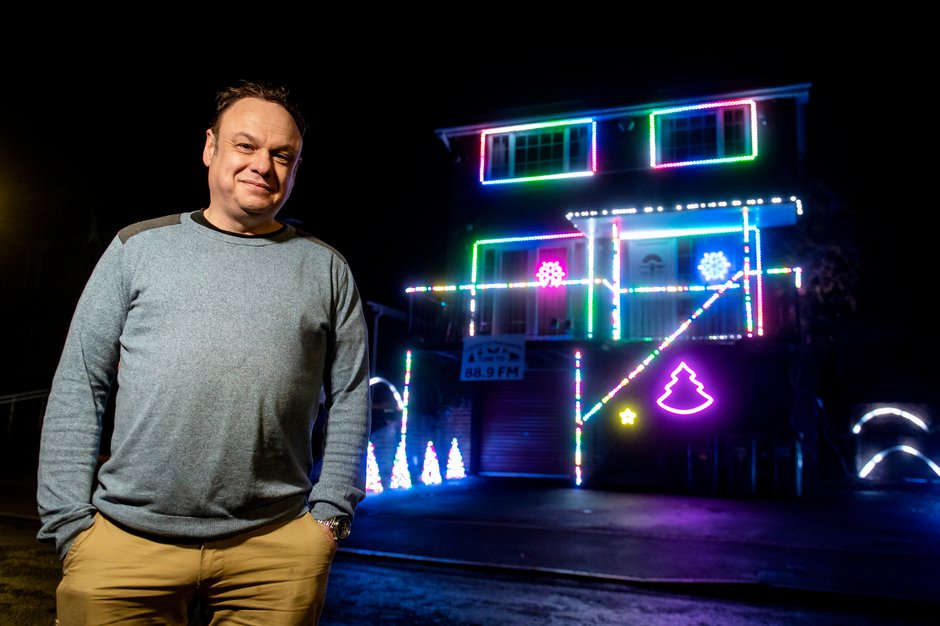 A Christmas-mad barrister has spent £5,000 creating a spectacular festive light display outside his home to flash in time to music from his own radio station which drivers can tune into.

But programming each of the 2,000 lights on the house, each individually controlled by a computer network, took the dedicated homeowner three months of hard work.

The now align perfectly with a playlist of 14 Christmas classics, that have a rock style twist, and can be heard from the street in Stourport-upon-Severn, Worcs.

Drivers passing by can even tune their car radios into a designated frequency - 88.9fm - and enjoy the dazzling Yuletide lights show in a more immersive way.

Nick says he has spent around £5,000 importing various lights and gadgets from the United States and China over the past year to construct his Christmas rock show.

He said: “I always do Christmas lights on the outside of my house but this year I decided to do something a bit different.

“I've got a thing called a space flower light which is like a three kilowatt light that you can see from five miles away.

“It's like one of those from the 20th Century Fox Film adverts. There’s a lighting company in the United States and, every year, I always look at their stuff but it's not cheap.

“So that's why I thought this year, I'll give it a go and see what happens.

“I had eight boxes sent over from the United States, which helpfully doesn't come with any instructions, but I used online forums to figure out how they work.

"When I first got into it, I thought I'd bitten off more than I could chew, but it's effectively a computer network with various controllers that you daisy chain together.

“They work the lights and you can then programme them to music. That's the easy part, connecting it all up.

"Sequencing the song is the tricky part as each light is individually configured.

"It took me around five hours to do 10 seconds of a song, but now that it's done it looks really cool."

As well as lights around the windows and doors, Nick's home is decorated with light-up snowflakes and Christmas trees - all of which are colour-changing. 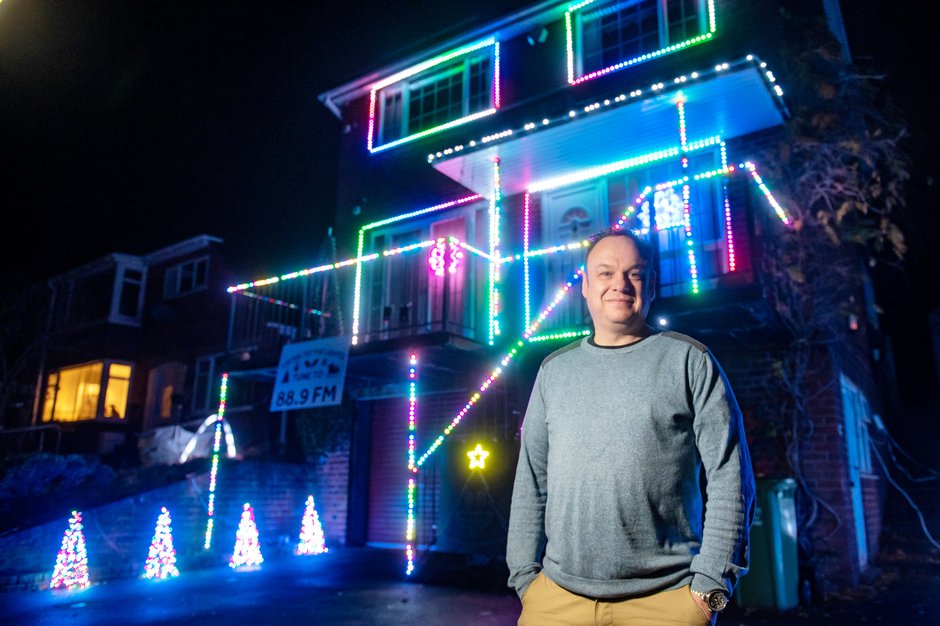 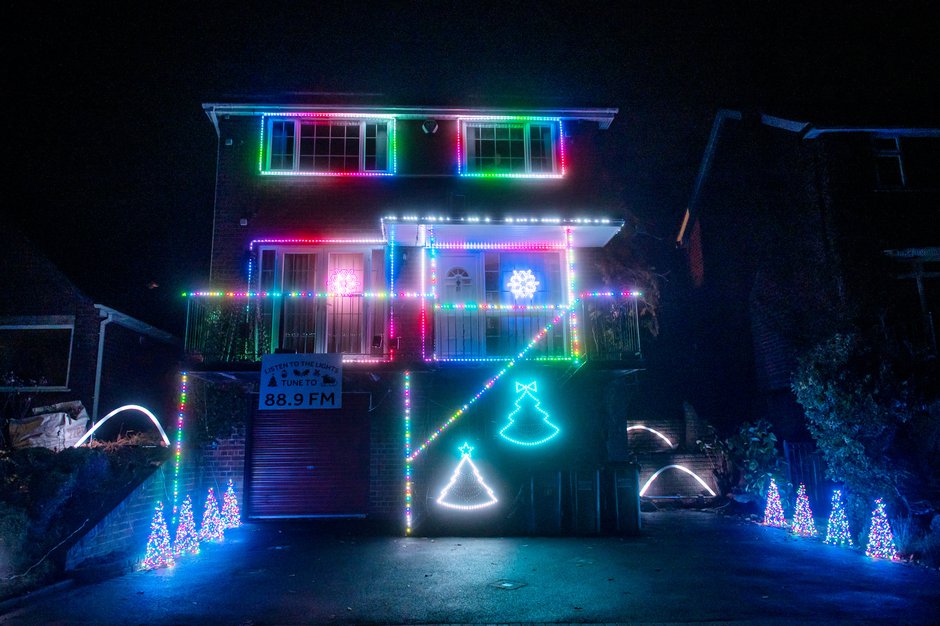 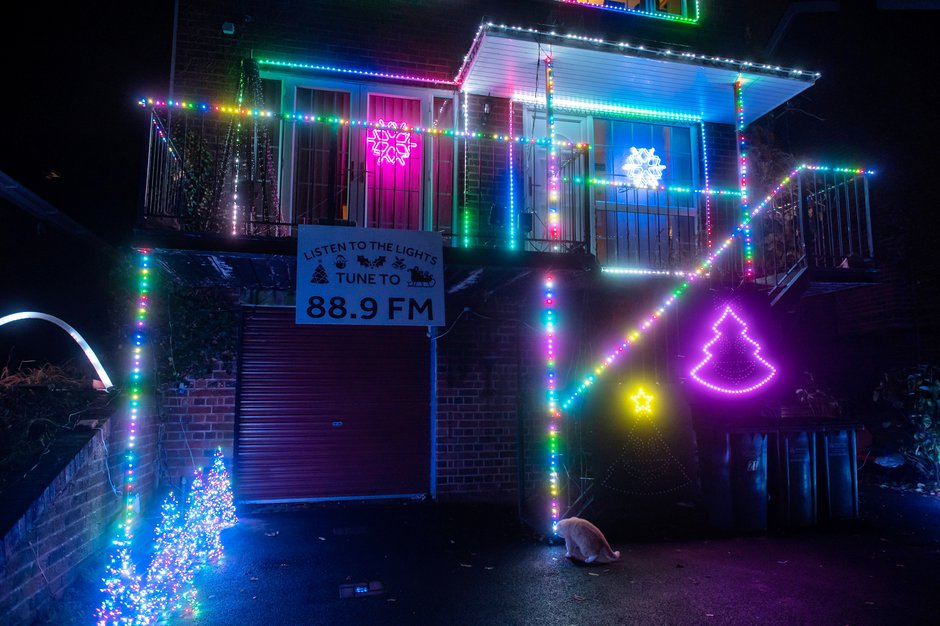 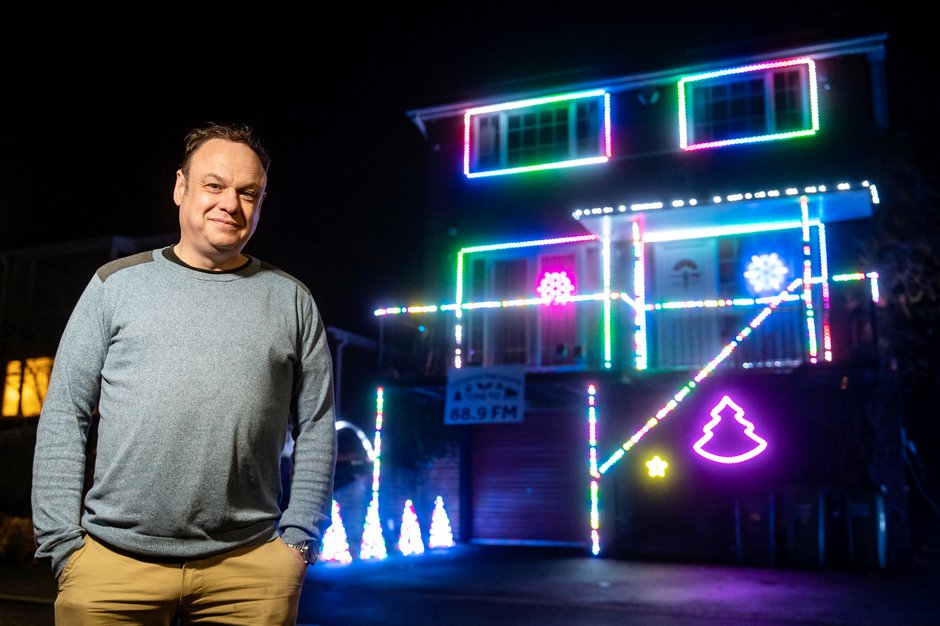 Asked how his neighbours have responded to the display, Nick said: “It's not particularly loud so I don't think they mind. I've only got them on between 5pm and 9pm.

“I've definitely noticed more people this year stopping and staring in the street.

“My one next-door neighbour, he's out every night and he's always filming it.”

Despite having no engineering training, Nick’s dad Paul was a big help in assembling the display.

Nick added: “My Dad is very good at knowing what to do.

“The arches you can see are slightly different because they've actually got LED strips in as opposed to pixels.

“The arches are two metres long and they come straight so I had to find some way to bend them in half to make it an arch.

“Dad came up with the idea of filling them with hot water and we literally bent them over when the plastic softened.

“He is very good at stuff like that, my dad.”

It doesn’t even cost all that much to put on, according to Nick, despite all the hardware involved.

He said: “Because it's all LED and all pixels, it's costs less than a hairdryer to run really. Even though it's 2000 pixels.

“It's something ridiculous like a quarter of a watt per bulb or something. It's really, really low.

“They are all data jammed in and all run off various extensions, but when it was all on, I went down into the garage to check out the meter and it really wasn't going that fast at all.

“Next year I'll probably do something for a Severn Valley Railway trust, who I volunteer for, and the train line is just down the road from me.

“This year I just wanted to get it right just to see if I could do it. Next year, I will put a collection box out the front and do it for a charity.”