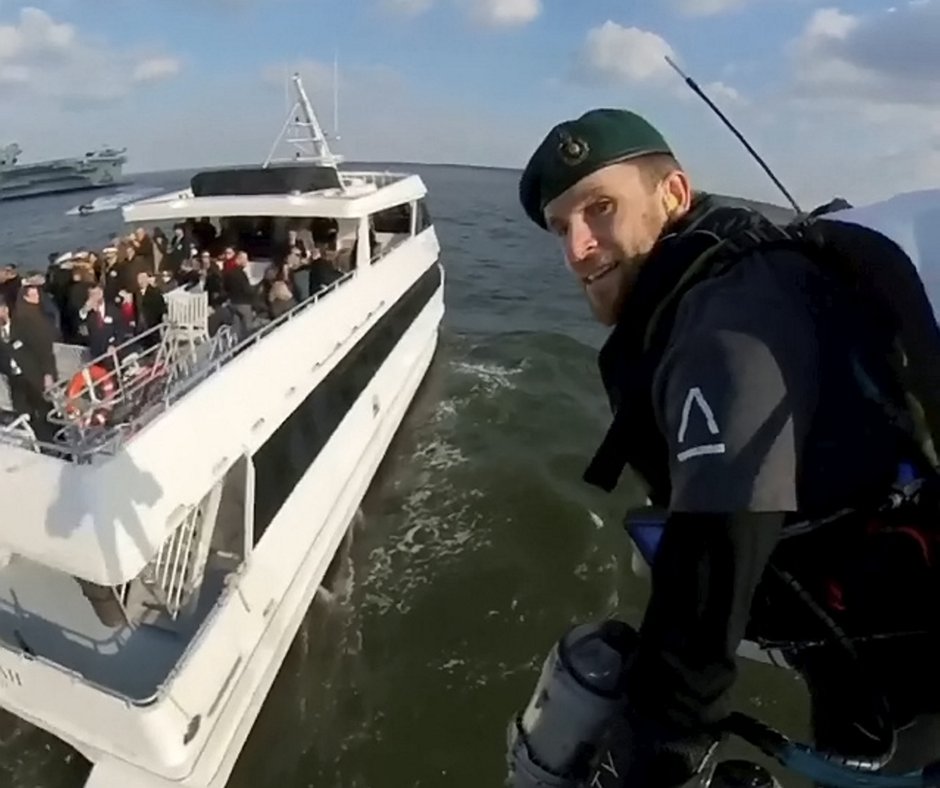 This is the moment a real-life 'Iron Man' showcased his jetpack technology to American military defence teams.

The fully functioning ‘Jet Suit’ developed by Gravity Industries is powered by cutting-edge technology and makes human flight a reality.

Richard, Founder and Chief Pilot of Gravity Industries, travelled to Annapolis, home of the United States Naval Academy to play host to the ‘Atlantic Future Forum’.

There were a series of events on board the vessel, aimed at bringing together the military leadership and great minds from a host of nations to discuss the future of Defense capability

As a beacon of UK innovation in this space, Gravity Industries was invited by the Royal Navy and British Embassy to support the two days celebrating British Trade and Innovation, by demonstrating multiple Jet Suit flights to innovators, business leaders and senior military representatives from the UK and US. 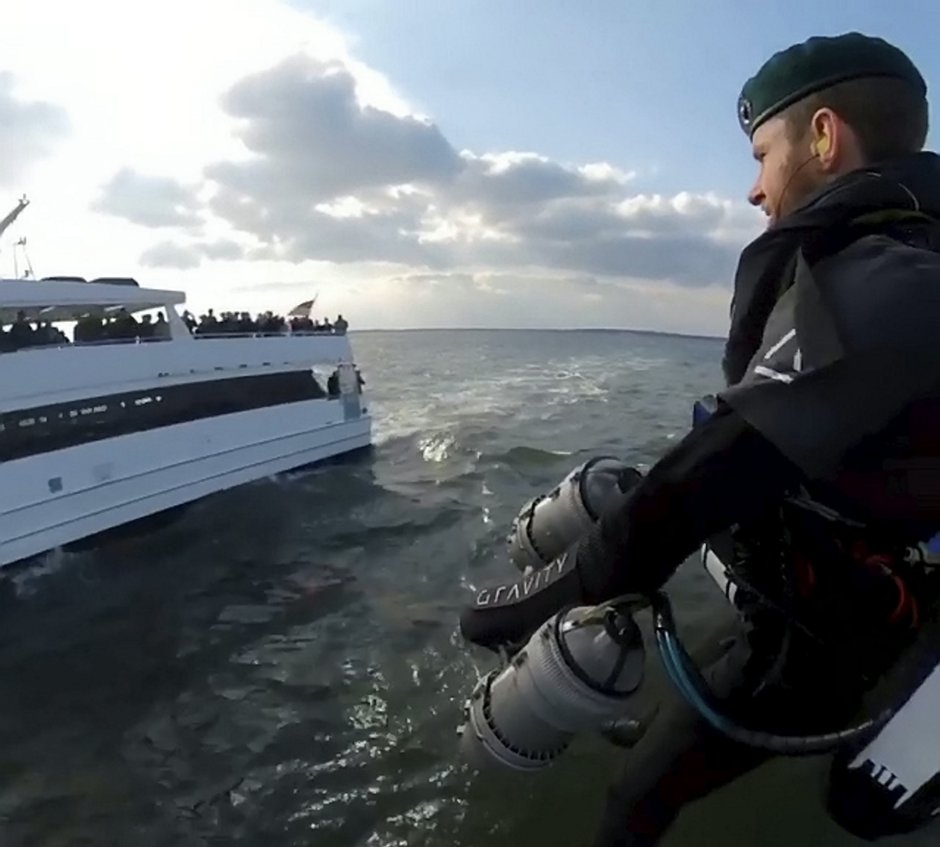 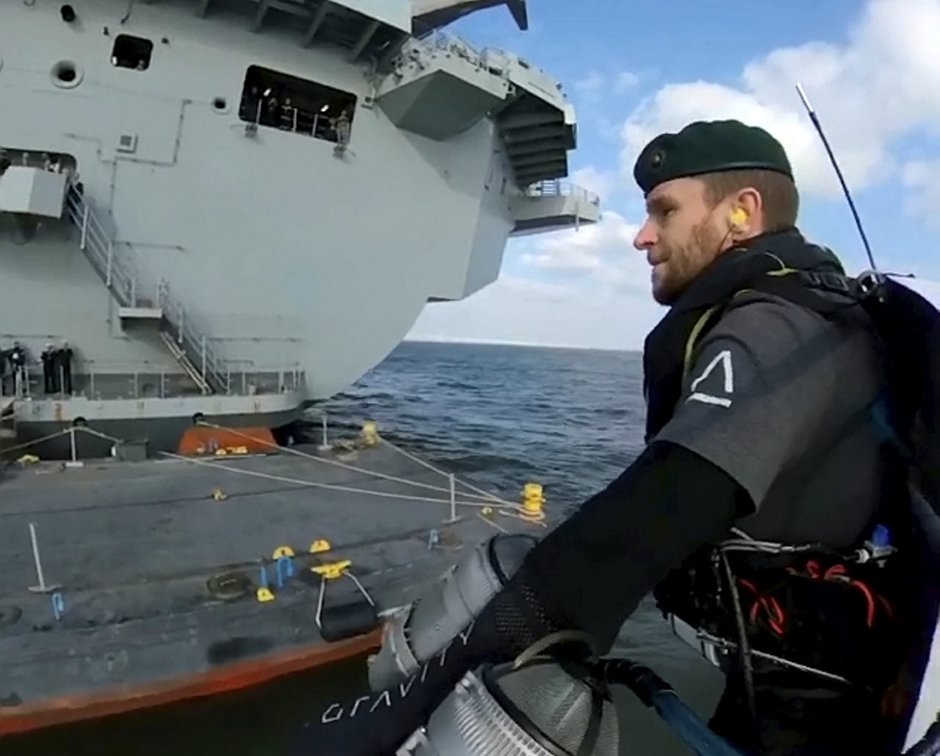 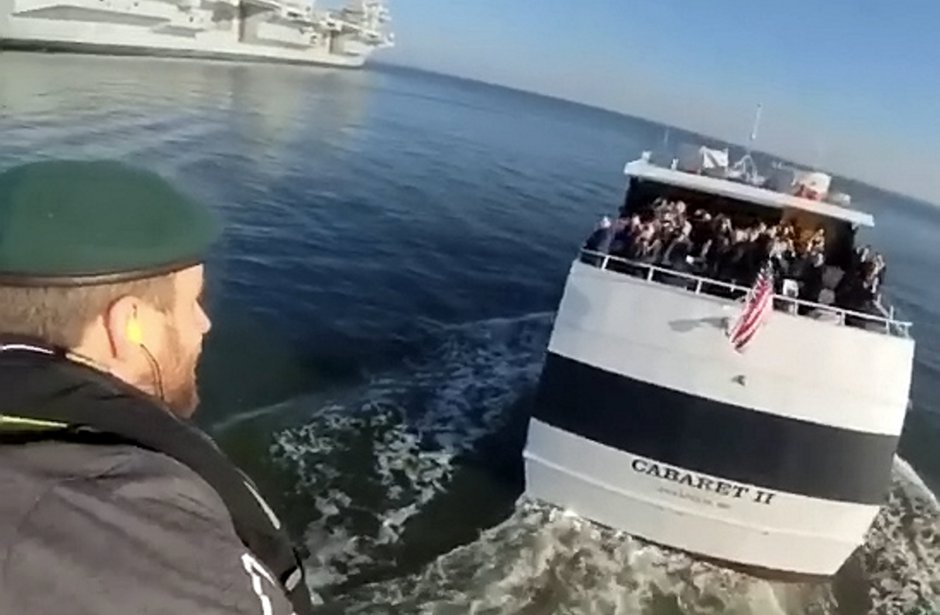 Richard can be seen leaving the HMS Queen Elizabeth and hurtling across the ocean to spin around a boat full of amazed US investors.

As the founder of Gravity Industries, Richard leads a team that also designs and builds the Jet Suits.

He recently more than doubled his own world record, achieving a speed of more than of 85 mph: he now holds the Guinness World Record for “fastest speed in a jet engine powered suit”.

Richard said: ‘We were honored to be invited to support this year’s Atlantic Future Forum and demonstrate the capabilities of Gravity’s jet engine powered suit to this audience”

“We are passionate about supporting UK PLC, Trade and Innovation and our work with the Royal Navy is part of an ongoing programme of exploration and demonstration of our tactical mobility capability.”

“This exploration is alongside our core focus which is scaling more than 90+ events across 30 countries, into becoming an international Race Series.”