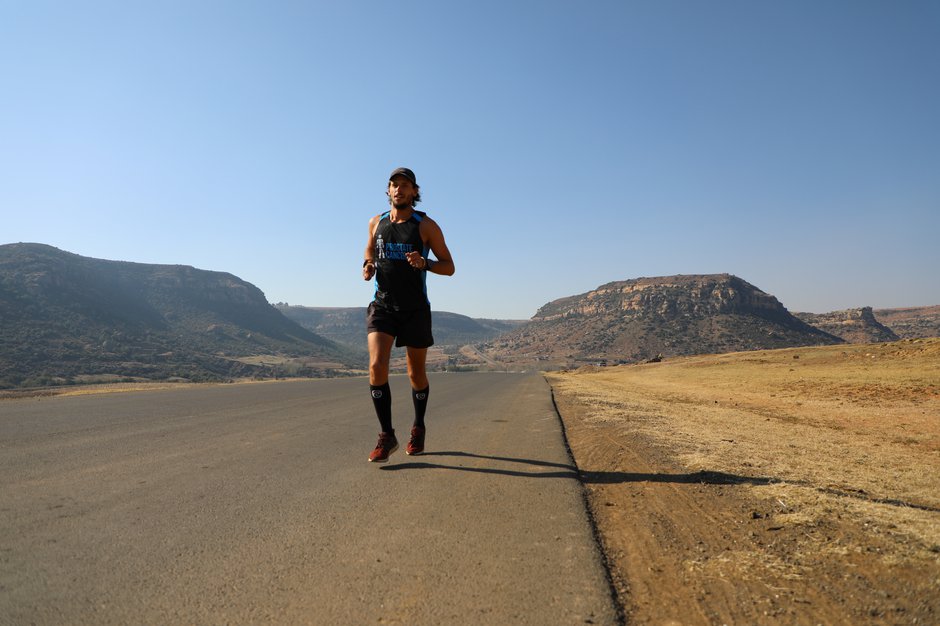 A British endurance athlete has set a new world record after running 196 marathons in every nation on earth in just 22 months.

Ultra runner Nick Butter, 30, quit his banking job and embarked on his solo expedition in January 2018 after being inspired by a friend with terminal cancer.

He has since covered 5,130 miles in organised events across seven continents, overcoming the extreme heat of the Sahara Desert and bitter cold of Antarctica.

Nick has averaged three marathons in three new countries every week for the last 96 weeks - burning an estimated 1.5 million calories in 5.1 million steps.

During the 675-day adventure he has been hit by a car, bitten by a dog, broken his elbow and even been shot at.

Today he completed the final event - the Authentic Marathon in Athens, Greece - making him the first man in history to complete the feat of running a marathon in every nation.

Nick, of Dorset, said: "It's been the most incredible experience, I've seen things you wouldn't even imagine as I've run across the world.

"It took two years to plan which was really daunting, sorting out all the logistics and organising the flights and everything.

"Over the past 18 months, I've been through 10 passports and something like 120 Visas, I've lived in airports and hotel rooms, it's just been a total whirlwind.

"It's been such an eyeopening adventure.

"I thought the sights would be the best part of this experience but it's actually been the people - I've got around 2,000 new contacts in my phone from people I've met across the world.

"Sure, the views I've seen have been breathtaking - but it's the little kids running next to me wanting to hold my hand in some country I've never heard of before in Africa that has been the most amazing bit for me.

"It's gone so fast, yet at the same time feels like I've been doing it forever, it's a weird reality and I can't believe I'm at the finish line."

Nick has always been a keen runner, taking part in marathons across the globe, but his world changed in 2016 when he met fellow runner Kevin Webber during the Marathon Des Sables in Morocco.

He was immediately drawn towards Kevin's positive attitude and bubbly personality, but as he got to know him over the gruelling five-day event, Kevin dropped the bombshell that he had terminal cancer.

After being diagnosed with prostate cancer in 2014 and told he had two years to live, Kevin had set off running marathons across the world to raise money for Prostate Cancer UK. 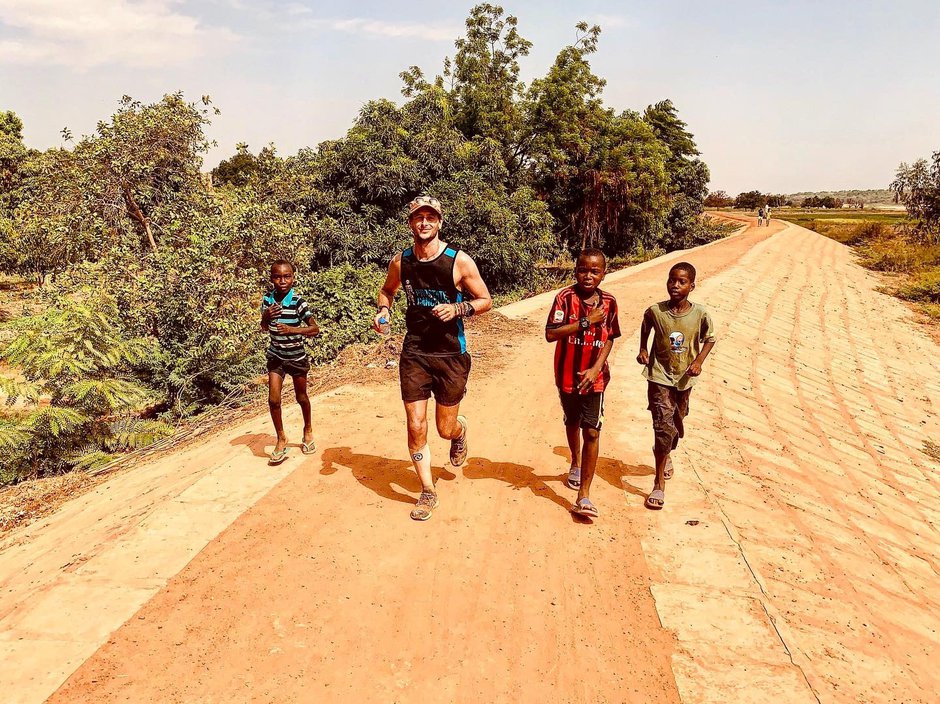 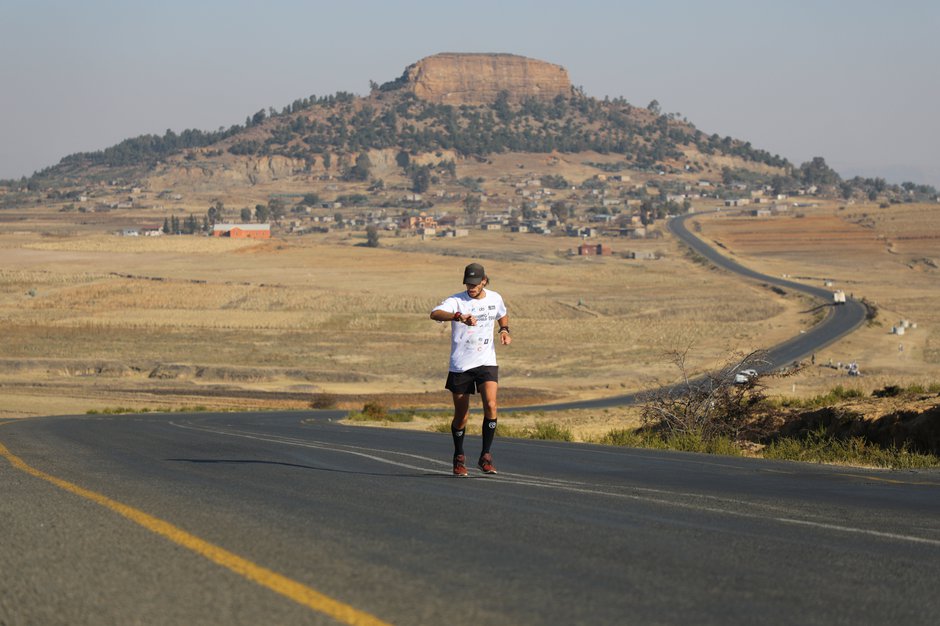 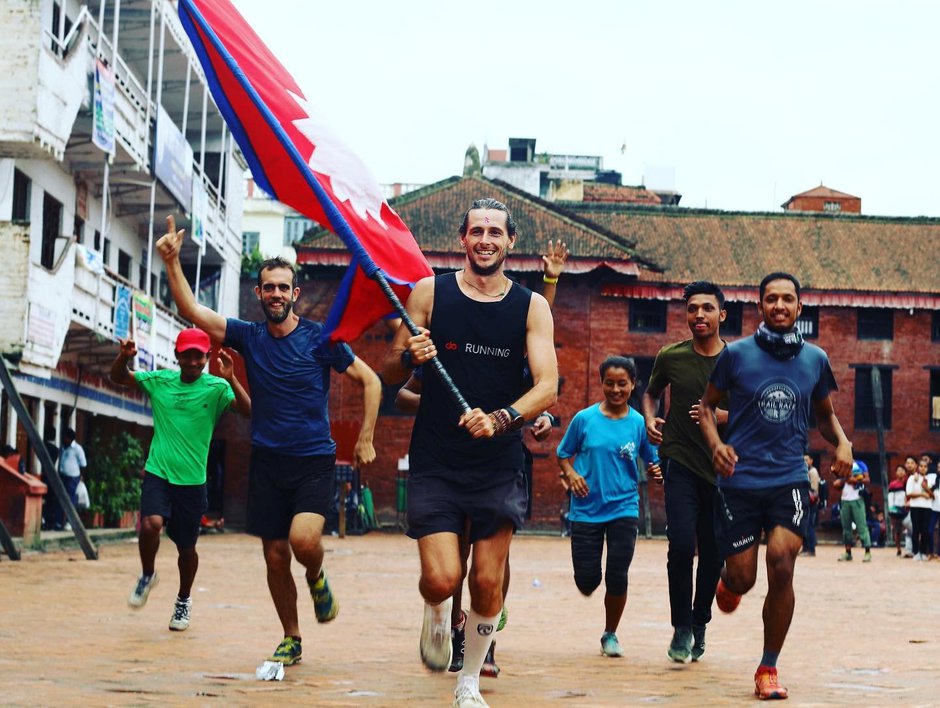 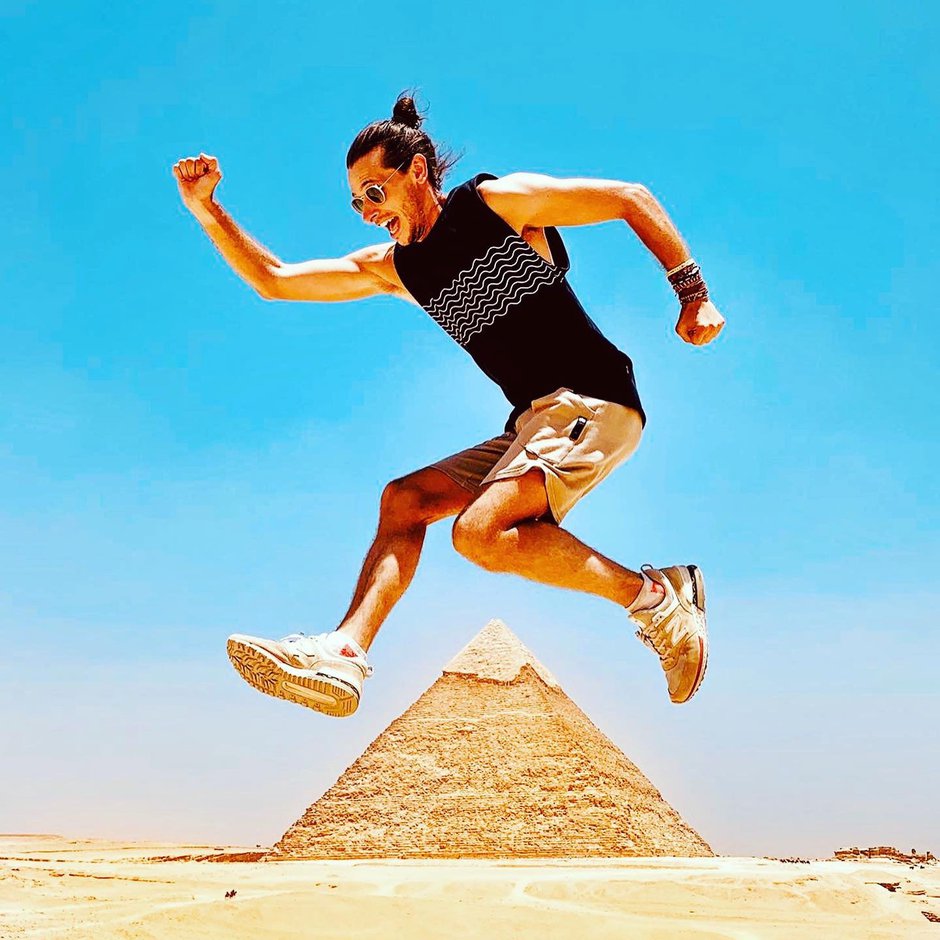 Nick said: "I couldn't believe that this guy, who always seemed so happy and full of life, had just told me he had terminal cancer.

"I was shocked, and when Kevin told me 'Don't wait for the diagnosis' it really struck a chord with me and I just knew I had to do something to raise money for the charity.

"Kevin changed my life that day and in the months that followed, I quit my job at the bank and swapped my suit for running shorts forever.

"People wait so long to live their dreams tomorrow, but tomorrow might not come, and Kevin's words motivated me to get out there, see the world and do what I'm really passionate about whilst raising money for charity.

"I took my camera along on my journey as I'm a keen photographer as well, and I've got photos and souvenirs from across the globe - it's been incredible."

Nick raised an initial £46,000 in donations to cover his costs and started his adventure running in -25 degrees Celsius in snowy Toronto, Canada in January 2018.

During his travels he carried everything he needed to survive, camping wild or bedding down with supporters.

Since setting off he has raised a further £63,000 for Prostate Cancer UK on his Just Giving page as well as about £20,000 in external donations.

With two books planned to be released in 2020 and a 1,000 day running expedition in the pipeline for 2021, Nick has set himself up for a busy return to his home in Dorset.

Set to run the circumference of Iceland in July 2020, he's not hanging up his running shoes just yet and is embarking on a speaking tour to inspire others to follow their dreams.

Nick said: "I'm looking forward to going out to schools and sharing my experience with others to hopefully inspire them to pursue what their passionate about.

"I've learnt so much about other countries and cultures throughout my journey, and the idea of teaching kids about things like a Nepalese prayer wheel is just amazing to me.

"The average human lives for 29,747 days, and if you're British, you spend about 9 years watching television, so it's interesting to get people thinking about how much time you waste not doing something you're truly passionate about.

"You don't know when you're time is going to run out, so get out there and chase your dreams today - as Kevin said, don't wait for the diagnosis."

Nick is continuing to raise money for Prostate Cancer UK and has a Just Giving page set up to help him reach his £250,000 target.