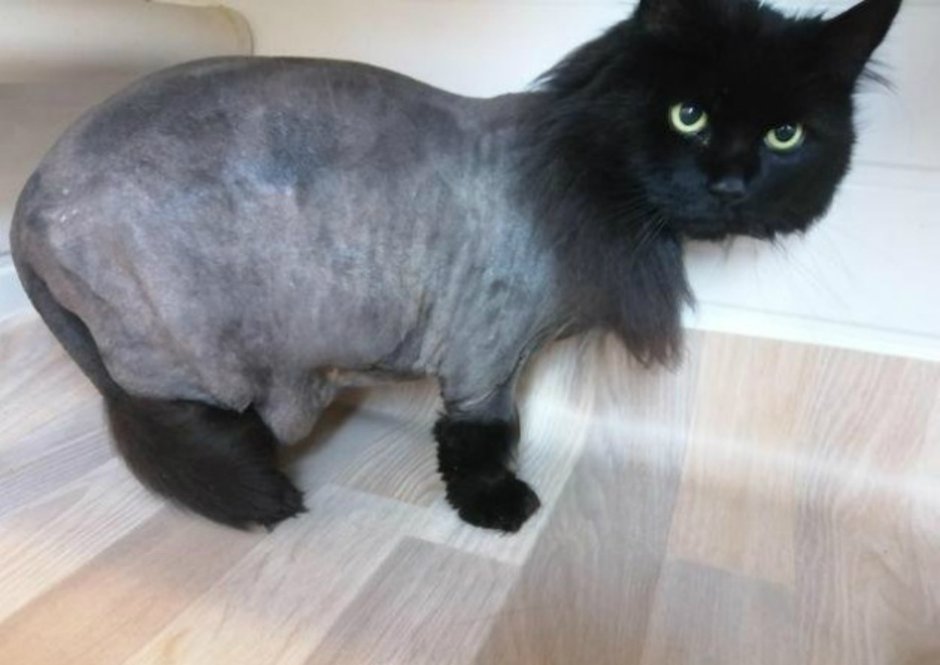 A stray cat which was dubbed “catopotamus” by the RSPCA after a close shave left her resembling a HIPPO is looking for a new home.

Animal charity staff had to shave off Holly's fur due to painful knots which developed after she lived on the streets without an owner.

Comical photos show the startled puss with most of her body shaved down to the skin leaving her "looking like a hippopotamus".

Staff at RSPCA East Norfolk are now trying to find her a home and describe her as a gentle-natured, friendly cat who would be happiest in a quiet environment. 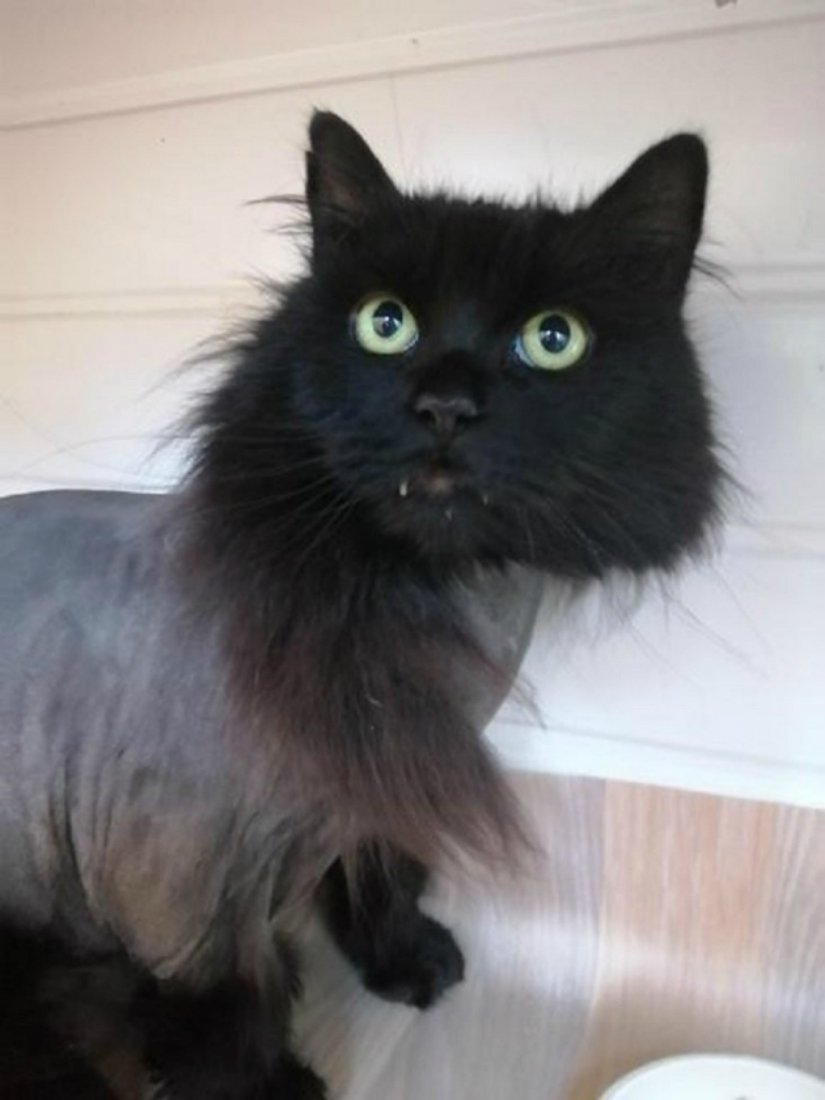 Her coat, once fully grown back, will need to be brushed each week to prevent it getting matted again.

She has undergone a dental and a spay check she is now ready to find a home - after spending over a month recovering at the charity's Great Yarmouth branch.

Anyone who thinks they could provide a loving home for Holly is asked to call the RSPCA's rehoming line on 07867 972870 or visit the branch.

All of the RSPCA's cats, dogs and rabbits are neutered, vaccinated, microchipped and on a flea and worm programme.