Valerie from Benin, western Africa, developed bow-leggedness aged four - and had such low confidence that she asked her dad to pull her out of school

These incredible before and after photos show the transformation of a teenager who had surgery on her extremely bowed legs.

Valerie, 14 - who the charity refuse to fully name - developed bowed legs at the age of four and had such low self confidence, she begged to be pulled out of school.

She joined her uncle's tailoring shop as an apprentice and worked hard, despite her extremely bent legs which arched out, making it difficult for her to walk.

The talented seamstress was sewing when a customer told her a hospital boat operated by charity Mercy Ships has docked near her home in Cotonou, Benin, in West Africa.

Valerie boarded the charity's ship Africa Mercy and was one of 76 children and teenagers to receive free surgery during the boat's 10-month stint.

Her bow-leggedness was corrected with surgery and physical therapy and now she can walk and run and is planning to return to school.

Valerie said: "I was desperate to learn how to read. A friend onboard gave me a few alphabet pages for me to trace - and the next day I told her I needed more to read!

"I was very happy. I told myself - 'I no longer want to be a seamstress! I want to go back to school!'

"Not long after then, my legs were strong enough for me to go home. School will be great. People will say - 'is this the same girl? Her legs are straight'!"

Bow-leggedness is a deformity marked by outward bowing at the knee, which gives the limb the appearance of an archer's bow. 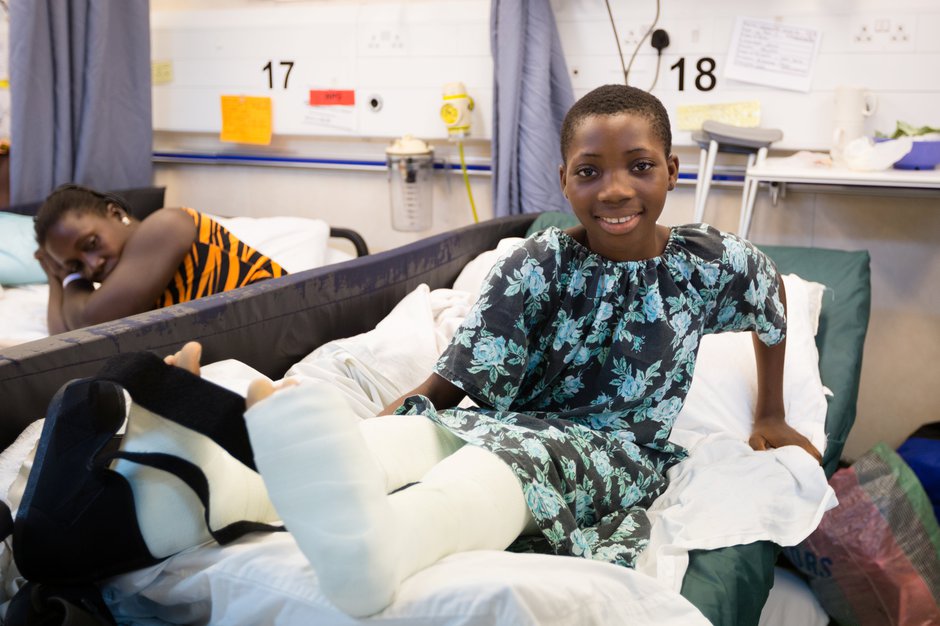 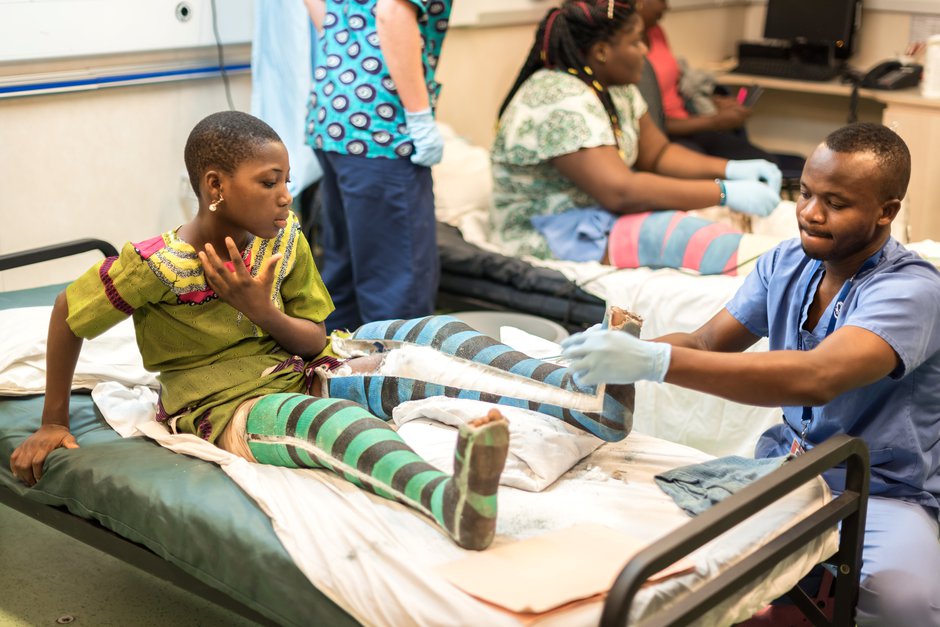 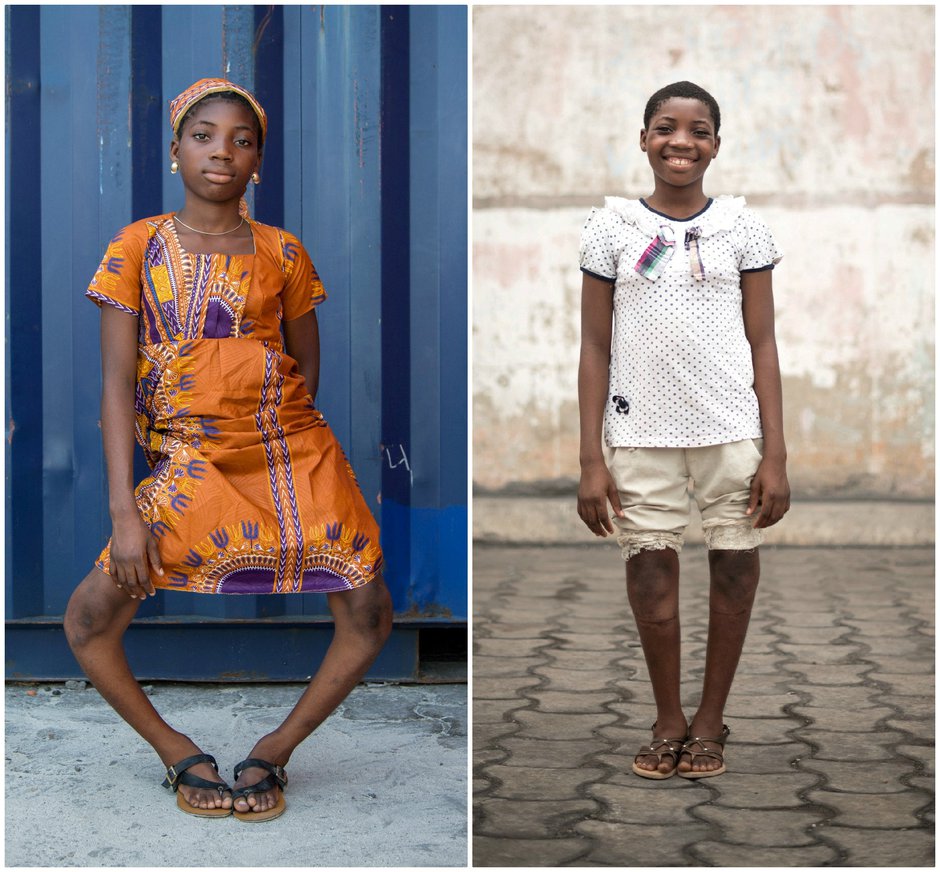 The chief cause is rickets, but it can also be caused by skeletal problems, infections, and tumours.

Valerie did not wish to disclose the cause of her condition.

During Valerie's knee operation, surgeons removed a wedge of bone from the outside of both her knees, causing her legs to bend inward.

After general anesthetic was administered, a five-inch incision was made down the front and outside of her knees.

Guide wires were drilled into the top of the shin bones from the outside of the knees, before an oscillating saw was run along those wires, removing most of the bone wedge.

The tops of Valerie's shin bones were then lowered on the outside and attached with surgical screws, before her tissue was stitched back together.

One of five daughters, Valerie was in post-surgery rehab for about four months, during which she learned to read.

It has operated in more than 57 developing nations and 18 developed nations around the world, with a current focus on African countries.