Photographer Adam Stanley, 36, took the video in his home in Adelaide, Australia 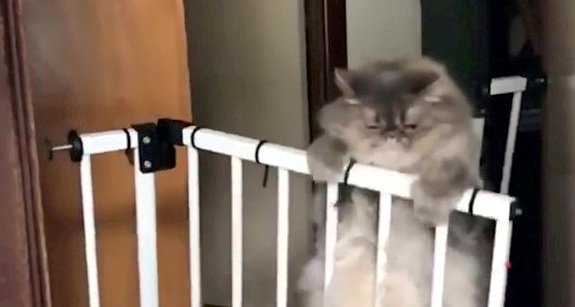 This is the hilarious moment a fat cat took out a stairgate while trying to jump over it.

Photographer Adam Stanley, 36, took the video in his home in Adelaide, Australia.

It shows his 10-year-old Persian, Prudence, trying to jump over the stairgate.

But the tubby tabby unfortunately had too many pounds on her to make it over and instead took out the whole thing.

Mr Stanley said: "She's normally very graceful when she jumps it but for some reason failed hard this time, i've never laughed so much."