This is the heart pounding footage that shows a troop of daredevils launching themselves across an 80 METER Canyon on a gigantic catapult!

After the immense success of DD Squad’s world’s biggest trampoline that landed them on the first page of CNN, Dunking Devils are back with another jaw-dropping stunt. 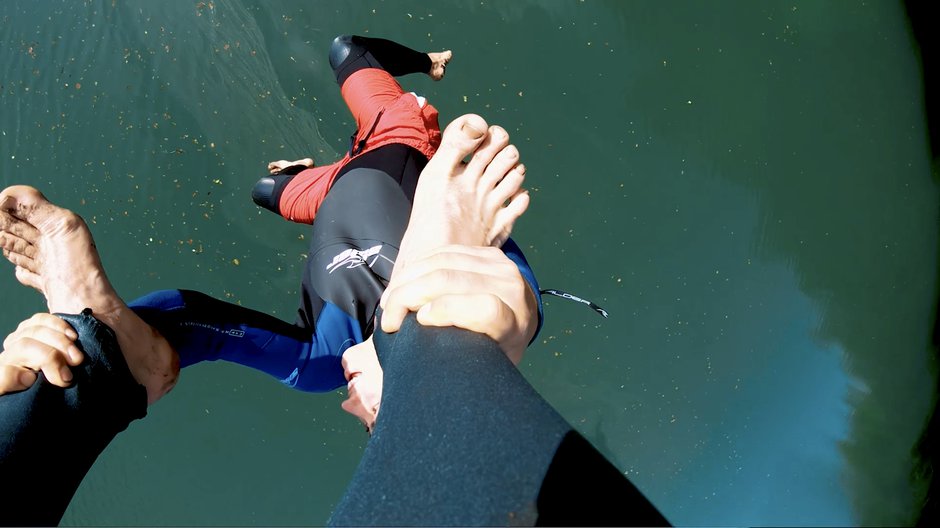 This is the heart pounding footage showing a troop of daredevils launching themselves across an 80 METER canyon - on a giant zipwire.

The world-famous acrobats are seen riding the so-called 'Y Zipline' in an insane adrenaline-fuelled experience.

Dunking Devils took a different spin on the traditional zipline, a popular activity among adrenaline lovers.

The main difference between the traditional zipline and Y Zipline is the fact that the latter is instead of 1 made of 3 cables in the shape of letter Y.

Whereas the traditional zipline takes you from point A to B down a straight line, the ride down the Y Zipline ends at the junction of all three branches. The impact with the knot then generates enough force and momentum to catapult you high in the air!

DD Squad often travel to different locations to film their episodes, but this time, they found the perfect spot just 20 minutes from one of Europe’s greenest capitals - Ljubljana. 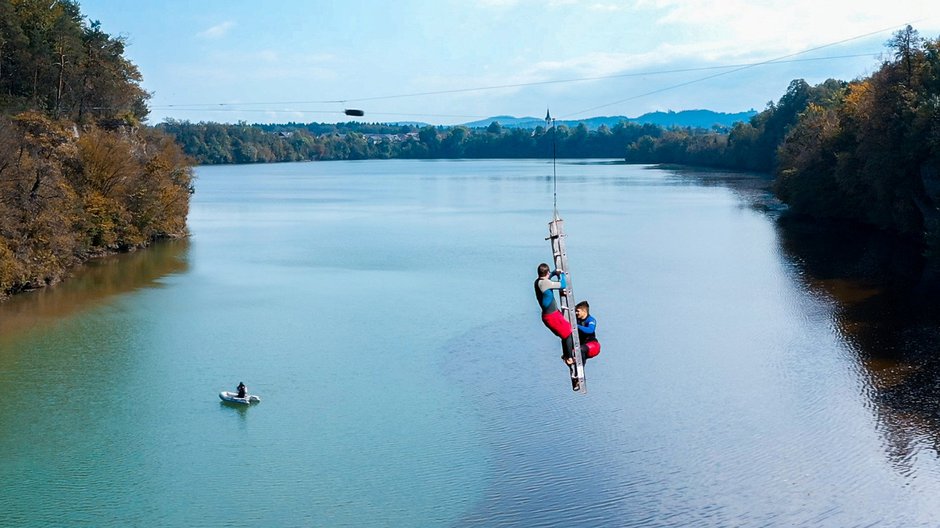 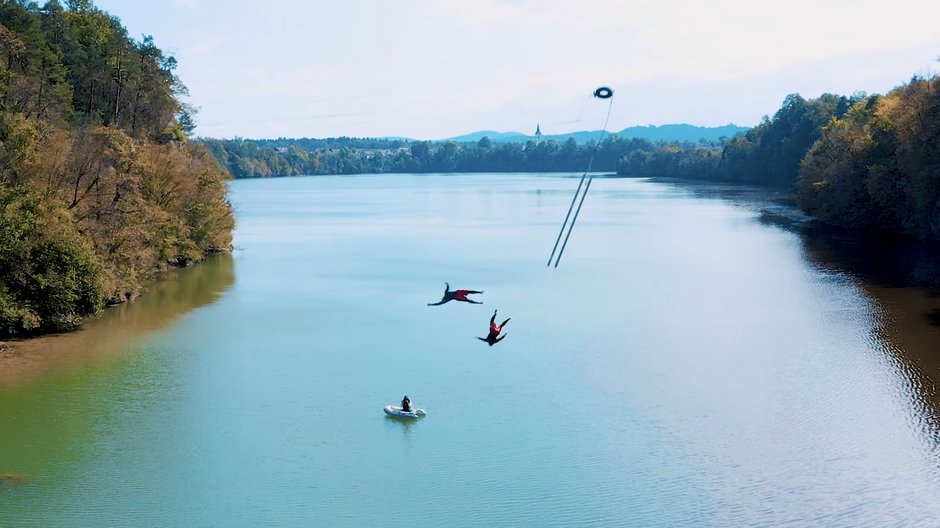 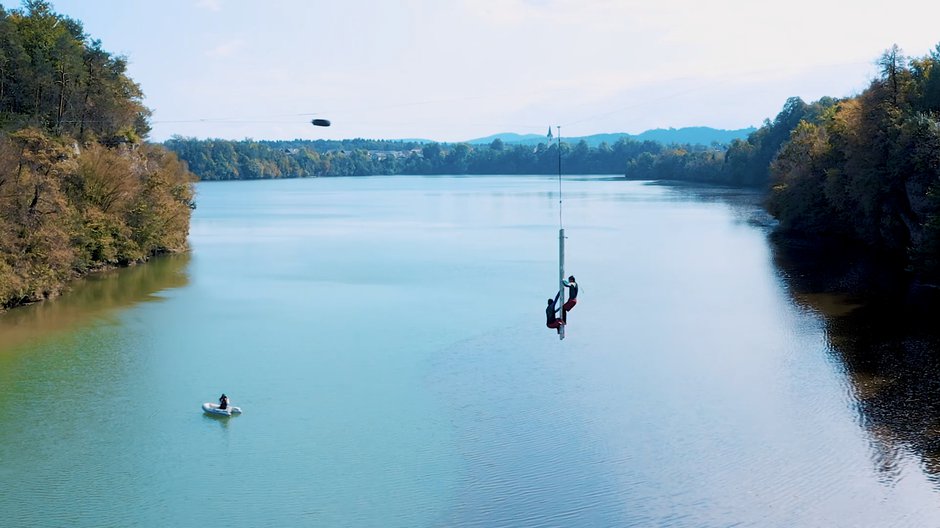 The guys from DD Squad had caught wind of epic cliffs at Lake Trboje a while ago, so they decided to check them out and see whether they were suitable for cliff diving. Luckily, the location ended up being just what they were after - the entire river canyon is lined with beautiful cliffs of up to 15 meters tall.

Matevž Pogačar, Dunking Devils acrobat and member of DD Squad, said: “The idea of turning a traditional zipline into some kind of a catapult had been in our minds for a very long time.

"I’m happy we’ve finally done it! The whole setup was quite challenging - we had absolutely no idea how the apparatus would work.

“It took us three days to set up the zipline and a lot of trial and error until everything worked just as we had imagined.

"During our 7-day zipline adventure we met some really nice locals, who encouraged us during our stunts and even lent us a helping hand with the setup.

“The whole experience was really positive, so we will definitely return to Lake Trboje!”