Peter Pike first found the sword in woodland in Newton Abbot, Devon, in 1949 and buried it to hide it from his friends - and there it remained 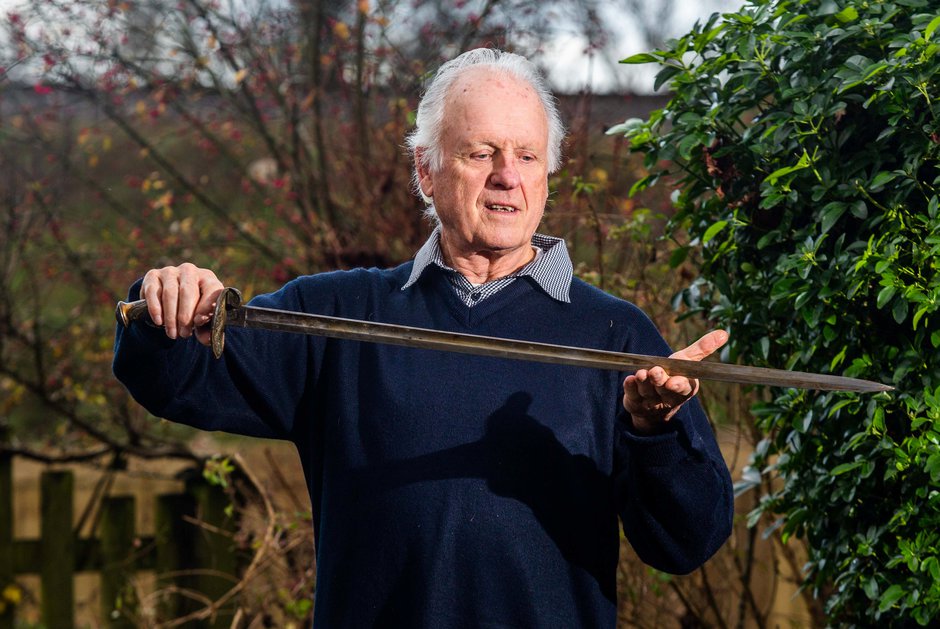 A stunned pensioner found an Napoleonic sword in the same spot he buried it as a boy - 70 years ago.

Peter Pike, 81, was just 11 when he first came across the mystery weapon in a scabbard while playing with friends in the woods.

He was scared by his discovery and didn't tell his three pals, so quickly buried it again in the same spot and forgot all about it.

But several decades later he remembered what he had done and decided to try and dig it up.

And to his amazement when he returned to the woods in Newton Abbot on holiday it was still in the same spot.

The historic weapon now has pride of place on display at his home in Paington, Devon.

Peter said: "We were playing in Bradley Woods. When I was a child that's what you did.

"Every Saturday morning about four of us would go and play up in the woods and we built our own den.

"We all used to go up to where we were playing. I was only about 11 and it was all very sweet and innocent.

"One day one of the lads said 'Can we make another den this one's getting very dirty' and I was pushed under a big bramble bush to have a look.

"As I was pushing back all the roots and leaves I found this sword - a big metal one in a metal holster.

"I was so surprised I didn't know what to do."

Peter, who was raised in a children's home, was worried that he would get in trouble if he returned to his carers with a sword - so he hid it. 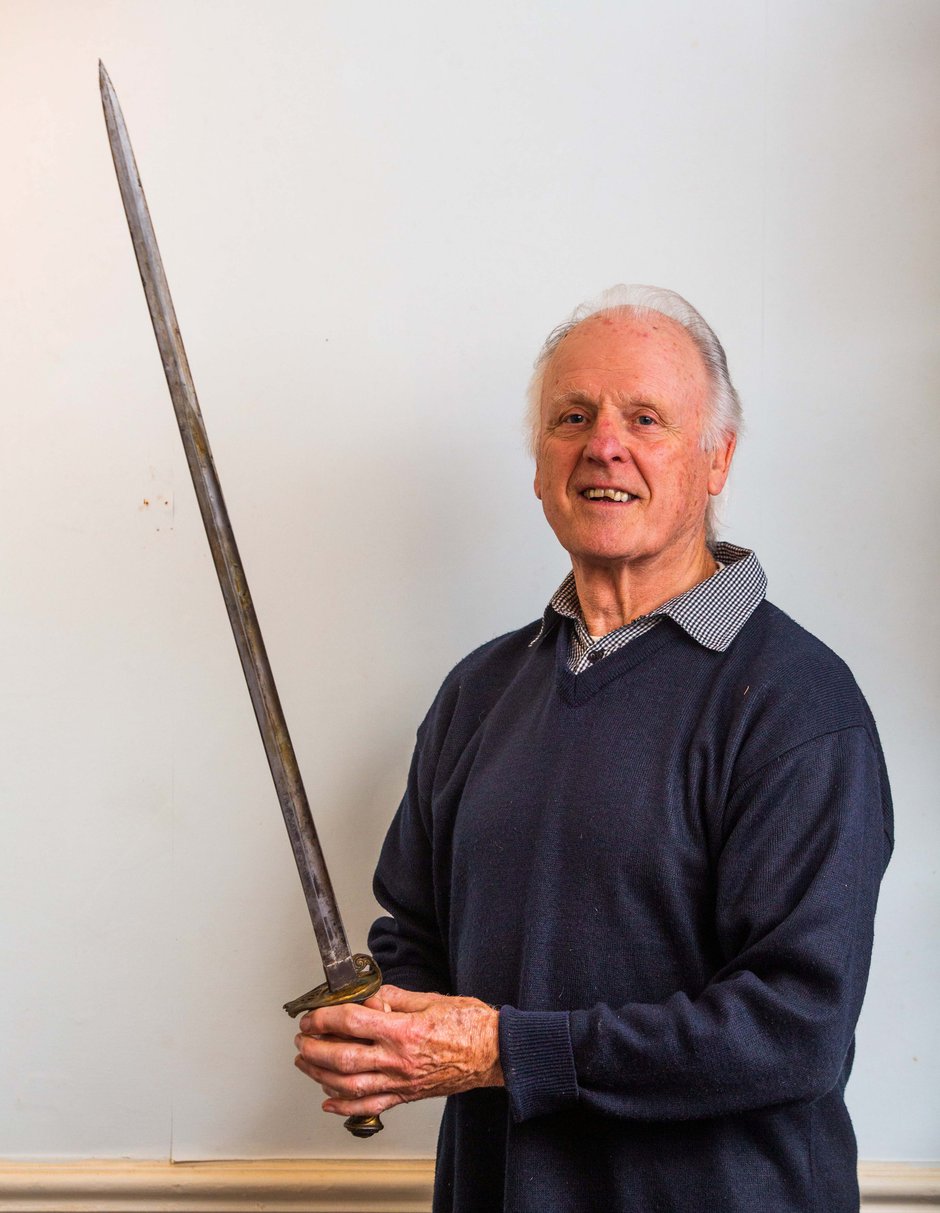 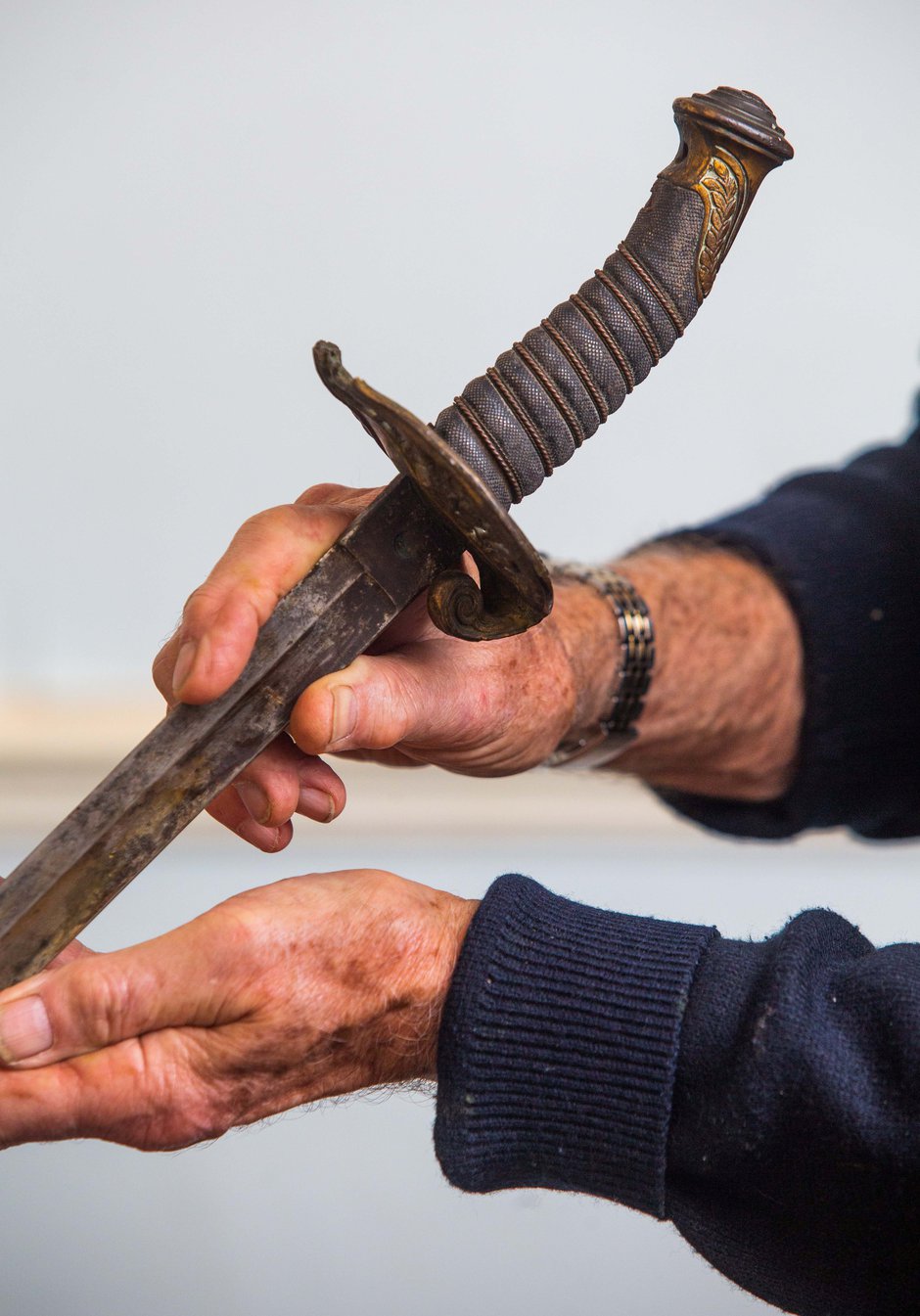 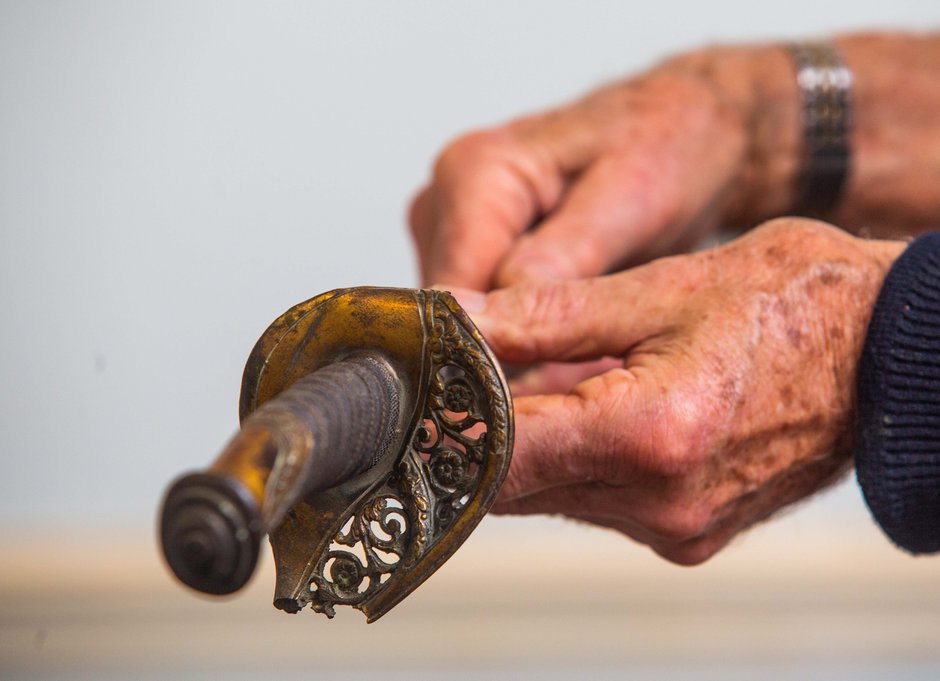 He added: "In those days if we did anything wrong they always threatened that you would get sent to Forde Park if you were naughty.

"I thought if I took a sword back to the children's home that I would get sent to Forde Park which was more like a prison for boys.

"So I didn't tell anybody - I covered it up with mud again and left it for later.

"But then I just forgot all about it for years and years."

Peter now has the sword and experts have taken a look at it and confirmed that it probably dates from the end of the Napoleonic wars in the early 19th century.

He added: "I never thought about it once in all that time.

"It wasn't until I was back in Devon on holiday that I remembered. We arranged to go back to the woods and take my daughter's beach spade with us.

"We decided to bring it home and it's been with us ever since, in pride of place on the fireplace.

"It's in a metal holster and it was well-oiled but it looks like it's seen some heavy action - there's damage on the hilt and I wonder if that's why it was thrown away."

Peter said he has taken the sword to Newton Abbot Museum for evaluation and experts believe it dates from sometime around the end of the Napoleonic War.

Peter added: "The Museum is interested in putting it on display but I don't want to give it away or sell it - maybe at some later time, but not just yet."