THE LAUGH JEDI – This is the adorable moment that the tiniest little Star Wars fan couldn’t contain his happiness at meeting his hero, Chewbacca in person. 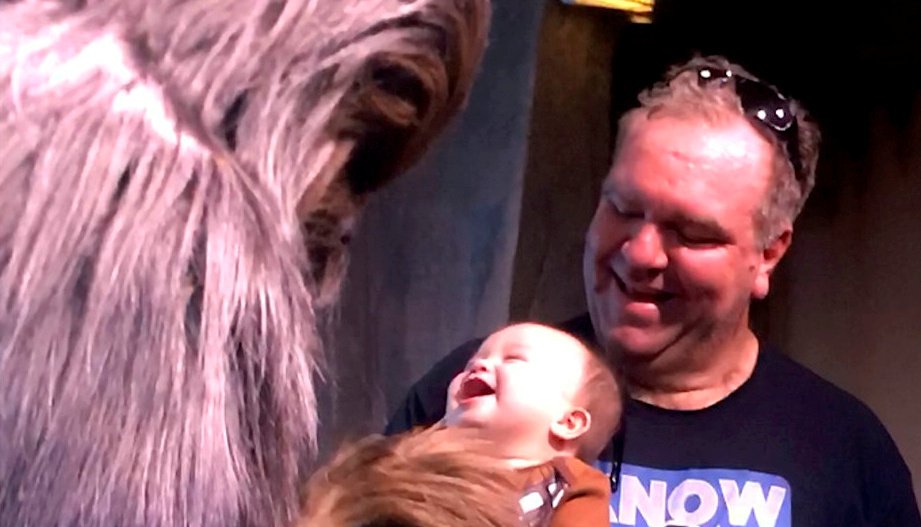 The LAUGH Jedi – This is the adorable moment that the tiniest little Star Wars fan couldn’t contain his happiness at meeting his hero, Chewbacca in person.

The footage shows an 8-month-old babies’ priceless reaction as he giggles his head off after he meets a Disney World character actor dressed as everyone’s favourite Millennium Falcon Co-pilot, Chewbacca.

The lifelong force fanatics had taken their grandson to the ‘Star Wars launch bay’ section of the tour when the wholesome events were captured on film.

The actor dressed as Chewie begins investigating the baby completely in character, gently poking at him and tickling his belly.

The tickling and Wookie roar sound effects prompt ‘Lil Chewy’ to let out giggles and squeaks of the purest kind of joy. 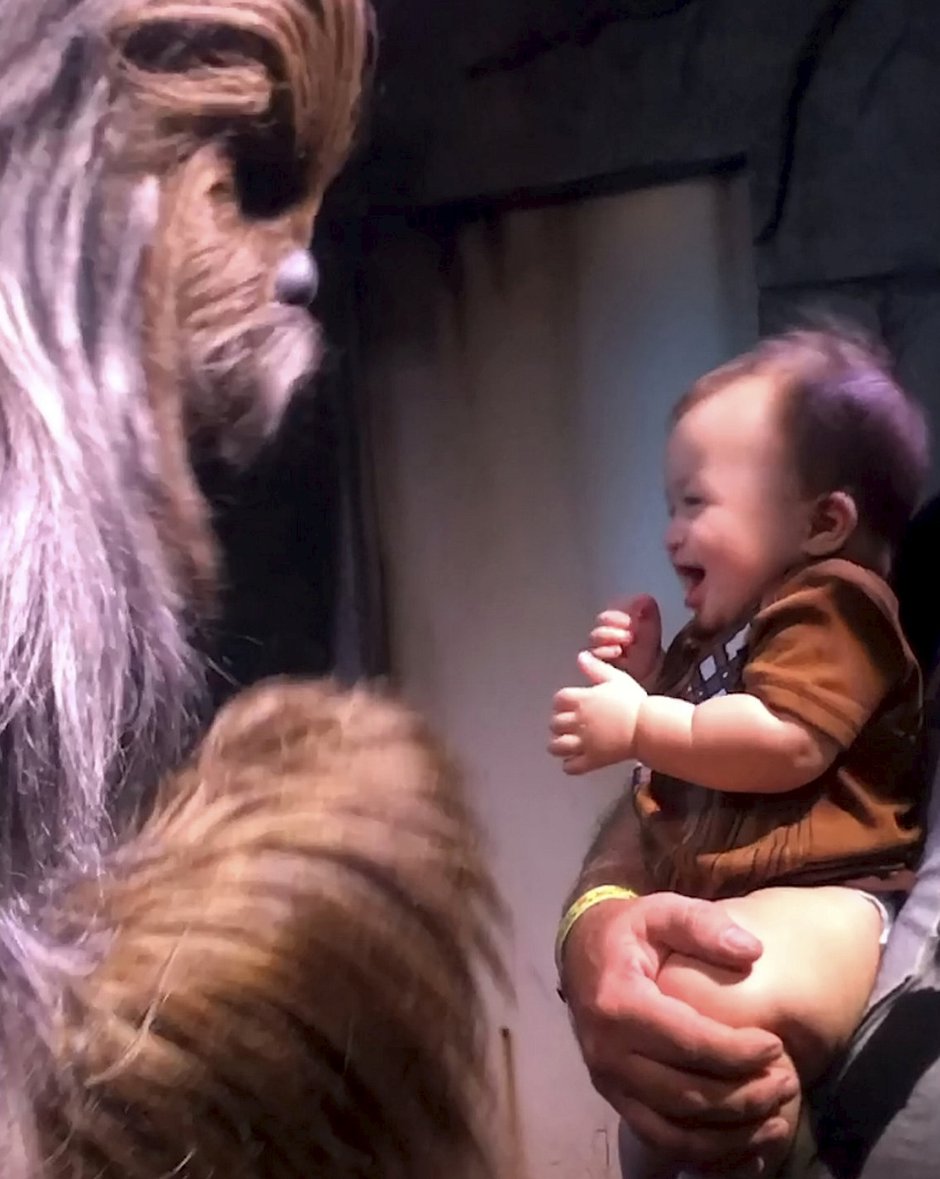 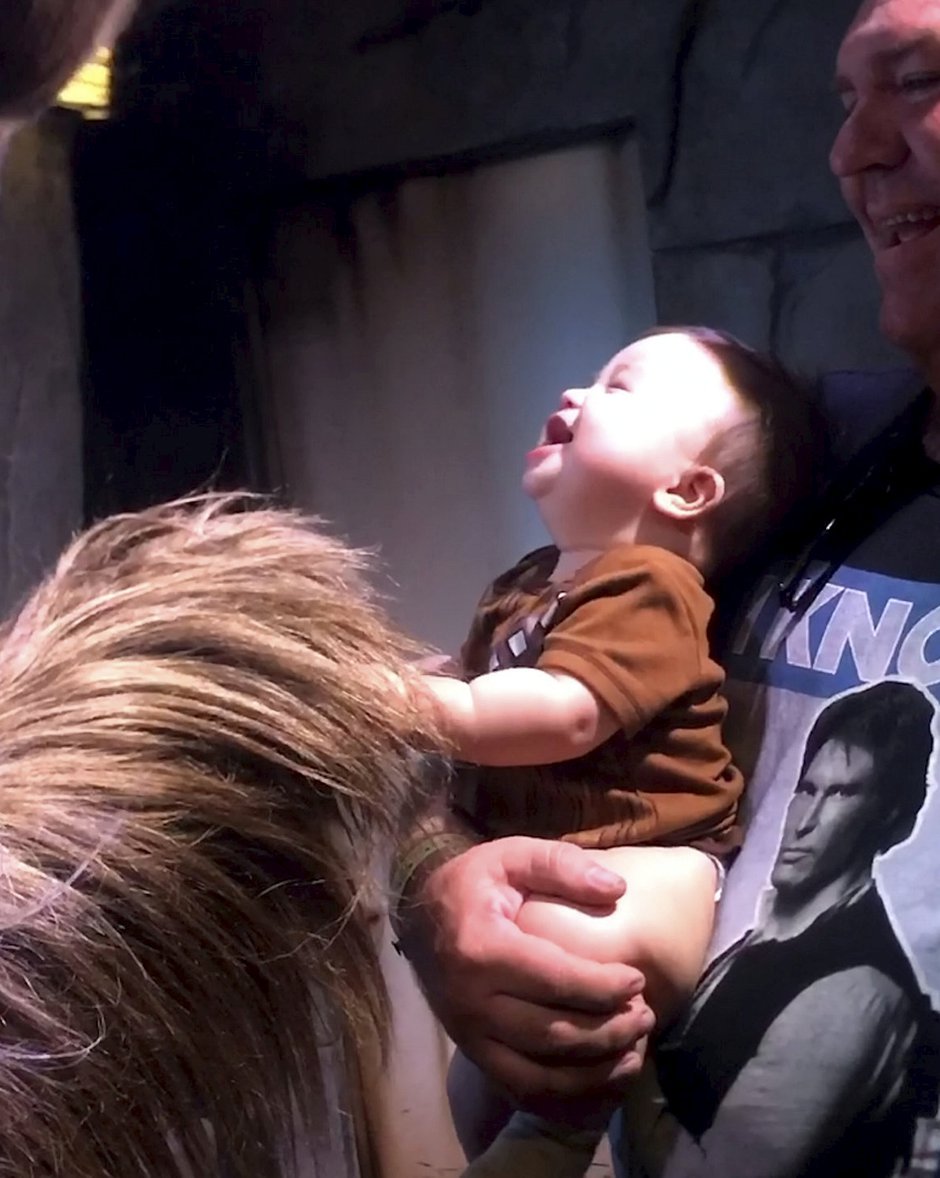 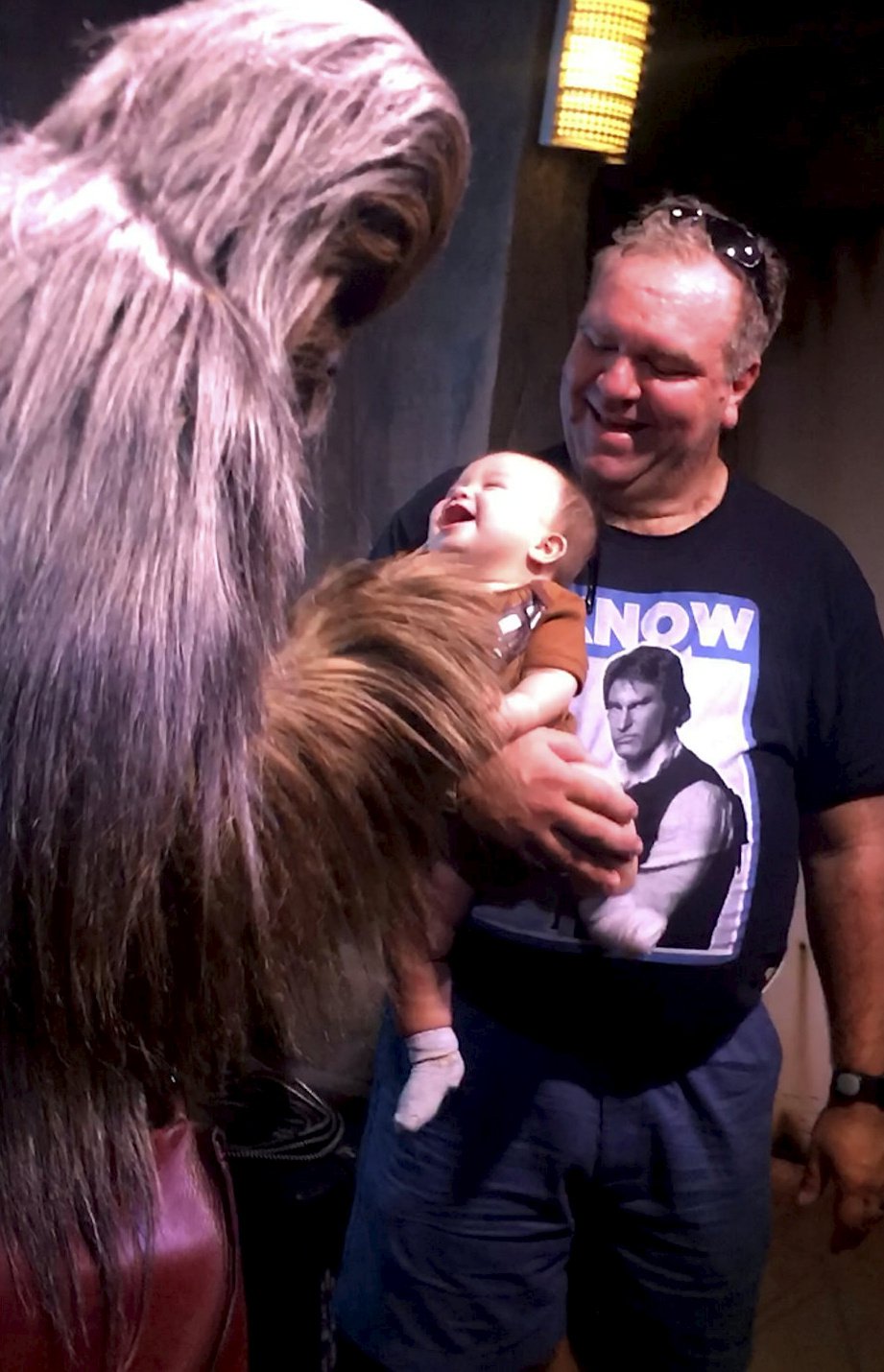 The video has since been viewed more than 2 million times on Rachel’s Facebook page.

Rachel said: “This was Lil Chewie’s first visit with Chewbacca. We dressed him in a Chewbacca outfit, and Eric wore a Han Solo shirt.”

“We were not expecting him to react the way he did. Chewbacca came over to get us.”

“Next thing I know I heard him Laughing. I looked up and he was belly laughing.
Chewbacca was just as excited. I started to record. I was amazed and I wished his Mom and Dad were with us.”

“I am in awe with the reaction to the video. We originally shared it so friends and family can see it. Last Sunday all of a sudden, it took off.”

“I am blessed, that my grandson can make people smile and bring them happiness in this world we live in.”