Darren Buckler, 40, built a body for a Mercedes mini truck for his nephew Eugene, four, for Christmas following a stay in Birmingham Children’s Hospital 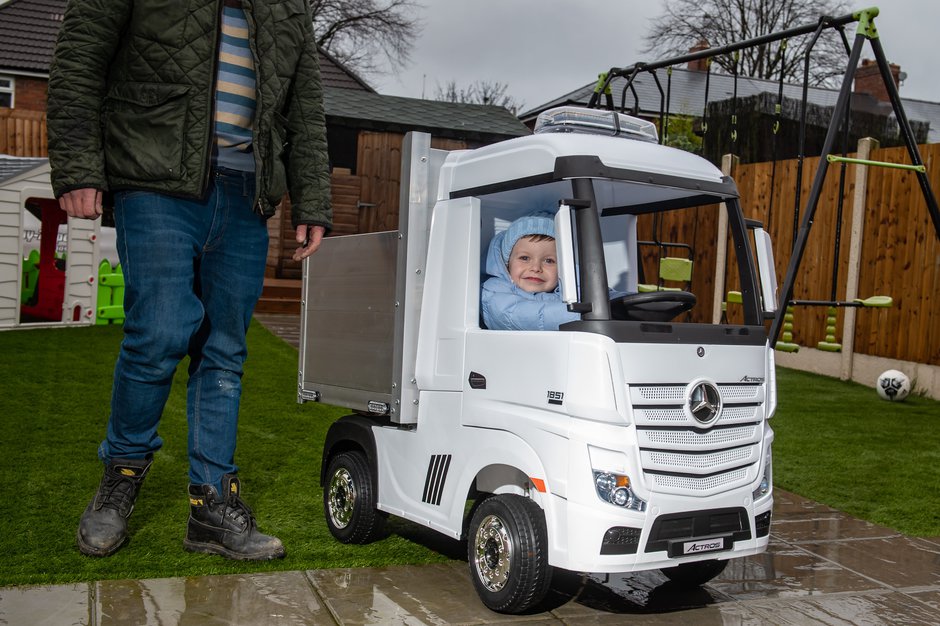 A truck-mad four-year-old has been given the ultimate boys toy after his uncle built him a remote controlled LORRY he can ride around in.

Darren Buckler, 40, spent 12 hours over two days constructing the £600 replica of a Mercedes Actros HGV in his garage at home for nephew Hugene (corr).

The self-employed landscaper decided to build the vehicle as a Christmas present after Hugene spent five weeks in hospital with kidney disease in December.

The 24-volt battery-powered four-wheel drive lorry has a plank aluminium body and flashing safety lights and is big enough for a child to sit in and drive.

Darren says Hugene loves nothing more than travelling around his local park in the impressive toy, which has a top speed of 5mph and a battery life of over an hour.

He is now hoping to quit his job to make the models full-time after being inundated with orders when he posted a photo of the present on Facebook.

Former trucker Darren has so far made over £10,000 in less than a month selling ten lorries at £690 each and raffling five off at £15 a ticket.

The dad-of-three says there is currently a two-week waiting time on the trucks, which are 2ft wide, 4.5ft long and 4ft tall and are available in red, black, blue or white. 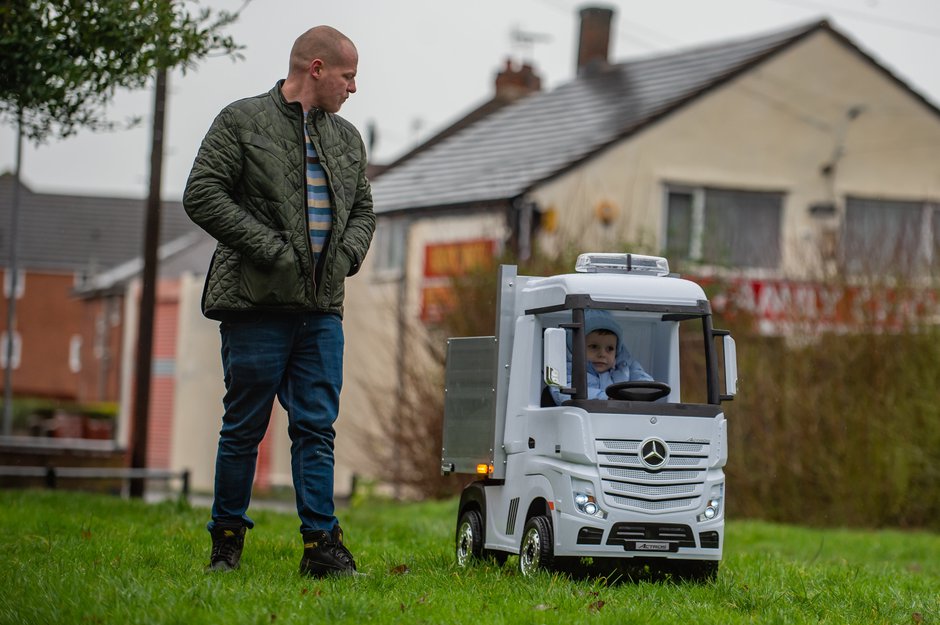 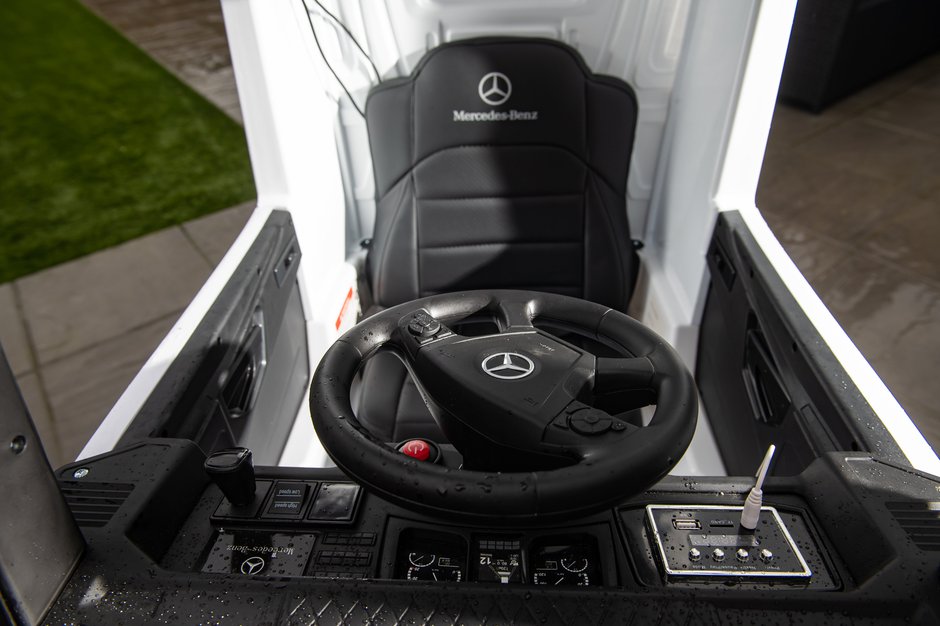 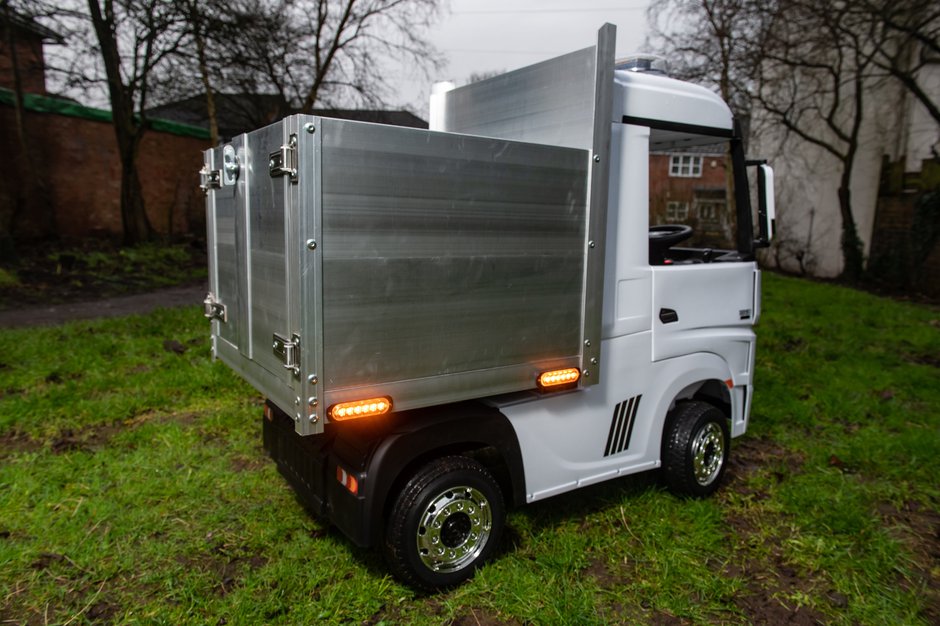 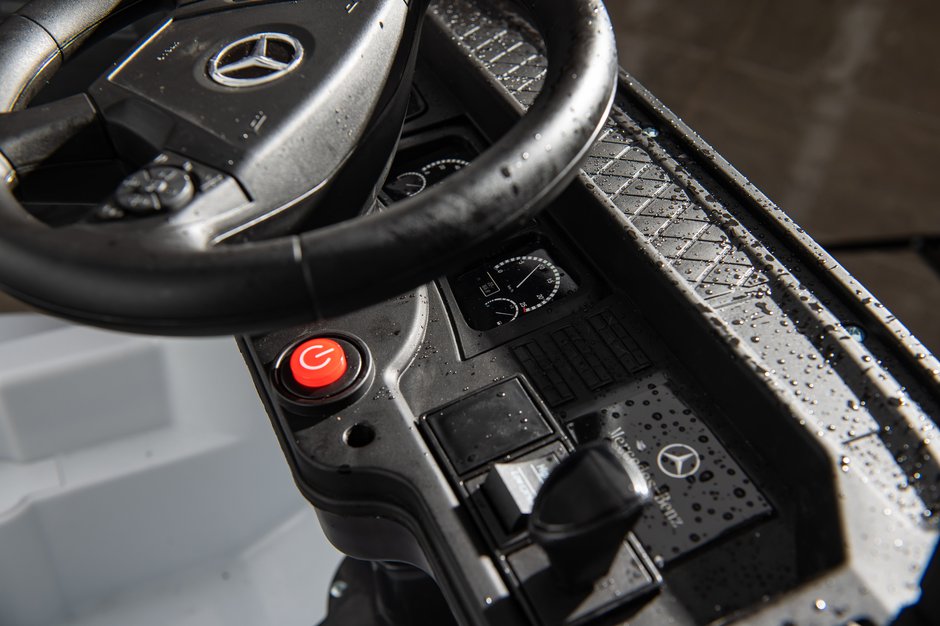 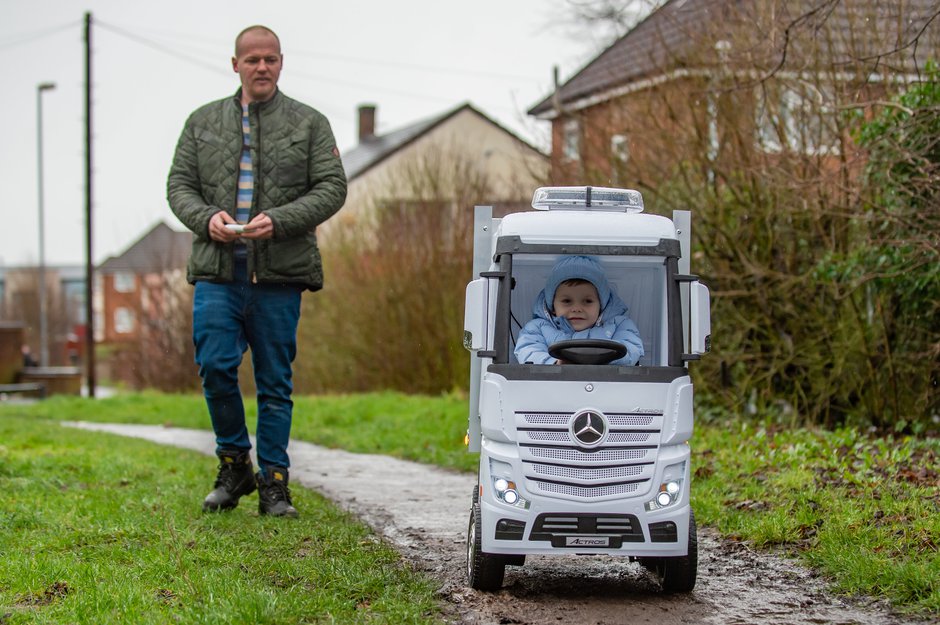 Darren, who lives with partner Leanne Bradford, 37, in Walsall, West Mids., said: “Trucks have always been my hobby.

“I used to be a lorry driver. I have driven them for the last 20 years.

“I saw one of these toy lorries and thought ‘I could make a more realistic one of them' so I gave it a go for Hugene, who is my brother-in-laws son.

“It was to cheer him up really as he had just come out of Birmingham Children's Hospital with kidney disease, which is going to require further operations.

“We live in the same street and there’s a green area called the snicket where he can drive it. He absolutely loves it.

"I thought it would be a one-off but then I posted some photos of it on Facebook and I was inundated with requests for them. Its like the whole country wants one.

"I might pack my full time job in and try to set up myself as a business but at the moment I’m enjoying my hobby.

"I don't make much profit from them as they cost about £600 to build but I'm hoping to reduce the cost if I can buy the materials in bulk.

"I'm also going to raffle some off for charity as well, its not really about the money for me at the moment, I'm just enjoying making them for now.

“Everyone is interested in trucks round here so I've had a few orders locally as well as family and friends.

"But there are a lot of orders on Facebook. I can make them for kids to match their dad’s truck. I can’t build them quick enough at the moment."