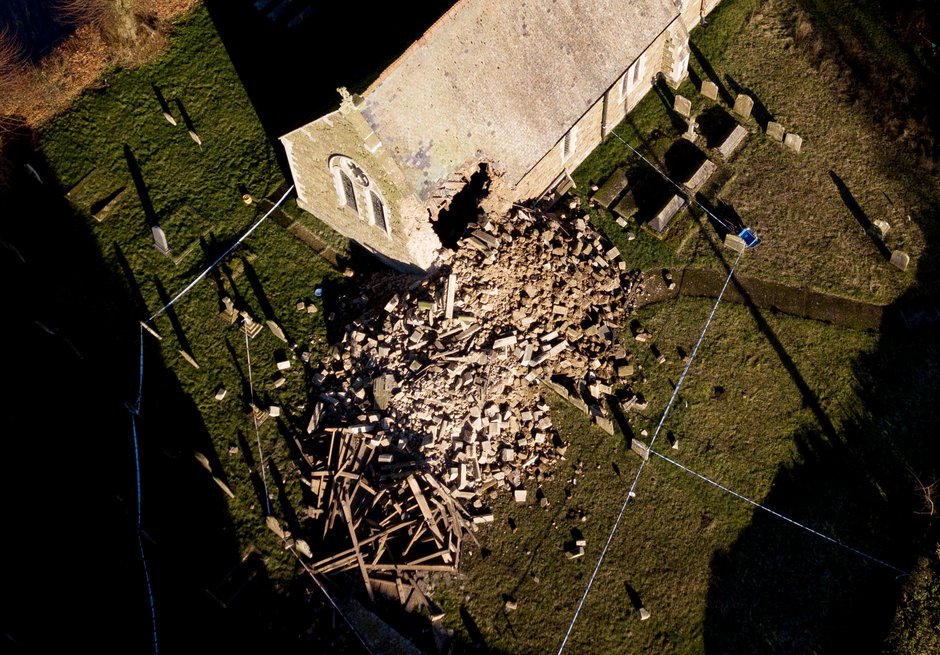 Shocking pictures show the scale of devastation after a 150-year-old church was reduced to rubble when it suddenly collapsed on Sunday morning (19/1).

Emergency services were called to St John the Baptist Church in High Toynton, Lincs.,
after a historic tower, built in 1872, came down without warning.

Sniffer dogs were brought in by the fire service to search the rubble for bodies - but fortunately nobody was reported injured.

The Grade II-listed church would usually have been packed with parishioners but there was not a service on Sunday.

The remains of the church have been cordoned off by police while an online fundraiser has been set up to help raise £100,000 towards the cost of the repairs.

A structural engineer was inspecting the site this morning (Mon) with the Reverend Charles Patrick.

He said: "It’s obviously a great shock to see the devastation and a great gaping hole.

"The fire service did a thorough job and brought in dogs just to ensure nobody was found."

Horncastle Police tweeted: “We have been supporting the community of High Toynton with Horncastle firefighters after the collapse of the church tower.

“No injuries to report thankfully and we will be supporting the community with regular 24 hours checks of the site.”

Police and Crime Commissioner for Lincolnshire, Marc Jones, also tweeted: “What a terrible shock for the whole community.

“Glad that everyone is safe but what a sad sight to see.” 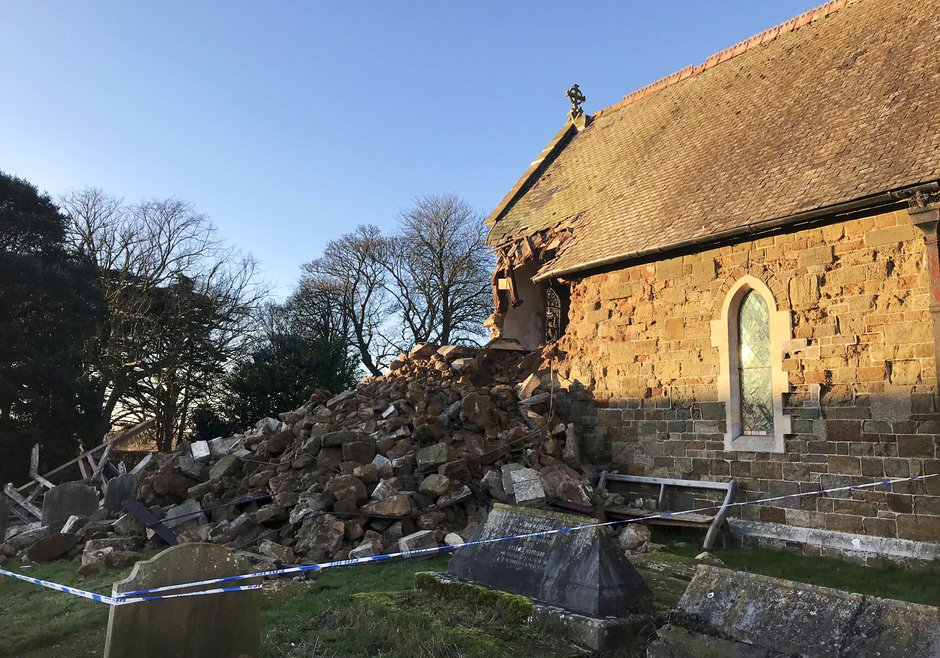 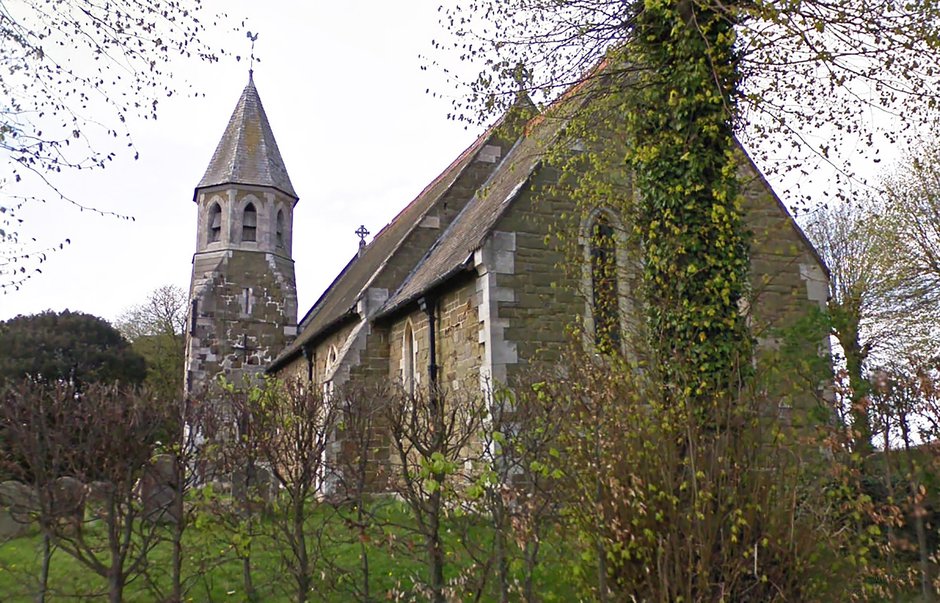 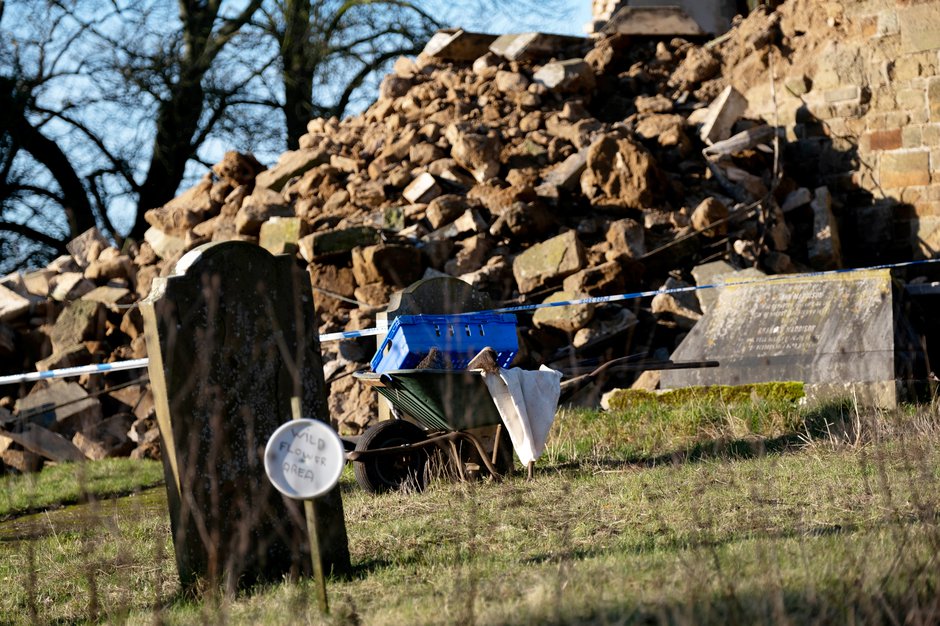 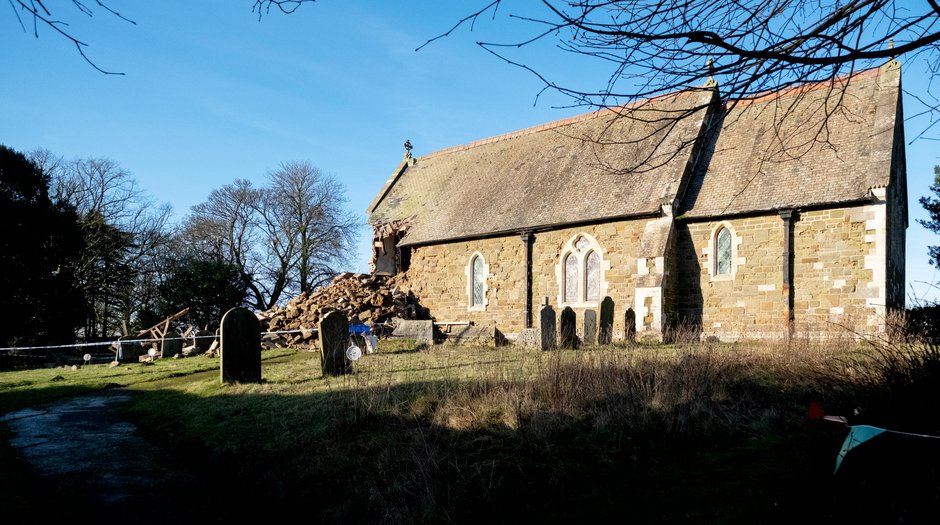 There has been a parish church at the site since the 13th century and the current building was constructed using mainly greenstone in 1872 by Ewan Christian.

The architect, who also restored Southwell Minster and Carlisle Cathedral, reused 12th-century fragments and Norman stone from the previous church erected in 1779.

High Toynton is known as a "doubly thankful" village - it is one of only 14 in the UK where all the men came back from both World Wars.

Included in the church is a bank of Living Memories, which includes a resident’s diary of 1939 to 1941.

Group administrator of Horncastle churches Debbie Knight said: “The Reverend is there this morning with the structural engineer.

“There was not a service yesterday and we believe the collapse happened in the morning.”

A JustGiving page has been set up by Robert Tomkinson, a villager who got married in the church, to raise money to rebuild the church tower.

Robert said: “On Sunday, January 19, the tower of St John the Baptist church in High Toynton collapsed, taking down almost 150 years of history.

"Thankfully no one was hurt.

“The rest of the building is still standing - but the challenge of rebuilding starts now and the village will need all the help it can get!

“We don’t know how much we will need at this stage but the final figure will no doubt be very high - all money raised here will go to the High Toynton Village Fund.

“The church is the heart of village life (and the only community building left after the bus stop!). It hosts church services and music nights throughout the year.

“If you have any connection to High Toynton - we need your help.

“There is so much history behind this wonderful building.

"There has been a church on this site since the 13th century and High Toynton is one of only 14 villages in the UK to be ‘doubly thankful’ - with everyone who fought in both World Wars returning home.

“This fundraising target will be updated once the full costs of rebuilding are known - but any money you can give will help.”

"Our Urban Search and Rescue (USAR) and search dog from Sleaford then attended and carried out a full search, and no people were found. Crews left about 3.30pm."