A cleaner won two £500,000 Thunderball jackpots in the same draw by MISTAKE and almost asked for her ticket to be void 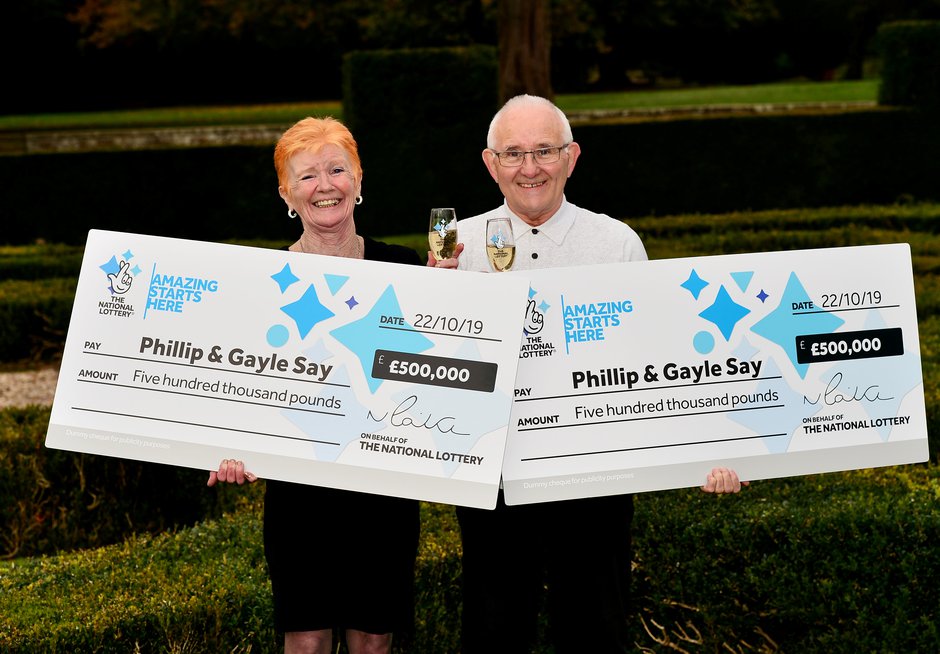 A cleaner won two £500,000 Thunderball jackpots in the same draw by MISTAKE and almost asked for her ticket to be void.

Gayle Say, 56, bought multiple lines for three tickets for Tuesday’s draw but realised she had copied the same numbers out twice.

The gran was about to ask the shopkeeper if she could cancel one of the tickets but changed her mind, because "it's not like we will win anyway".

Gayle also matched three numbers and the Thunderball on another line to claim an extra £20.

And in a one-in-a-million chance, she also won an extra £5,000 by matching five numbers and £10 for guessing three numbers on another line.

Gayle, who is married to Philip, 65, quit her job as a cleaner after scooping her mega rollover win.

She said: “I always go to the same shop to buy the tickets but after checking them I realised I’d chosen the same combination twice, one on each ticket.

“I thought about trying to get the ticket void but thought ‘it doesn’t matter, it’s not like I will win anyway’, and left the shop.”

Gayle realised her mistake had doubled her money later when she checked the Thunderball numbers on her phone.

She said: “With the tickets in my hand I rushed inside to tell Philip we had won and at the same time I realised another of the ticket’s had the same number line.

“I kept shouting ‘we’ve won and we’ve won again!’ Philip was scrambling around for his glasses to look at the phone to make sure I was right.

“We were both shaking, my legs were wobbling and we just looked at the phone in shock.”

Retired builder Philip, 65, said: “I immediately started to text the family with the news but no one believed me.

“I then saw a sight I will never forget, my wife dancing around the living room singing Frank Sinatra’s Who Wants To Be A Millionaire.”

The couple, who have four grown-up children and seven grandchildren, plan to put deposits on houses for their family and help them with their rent. 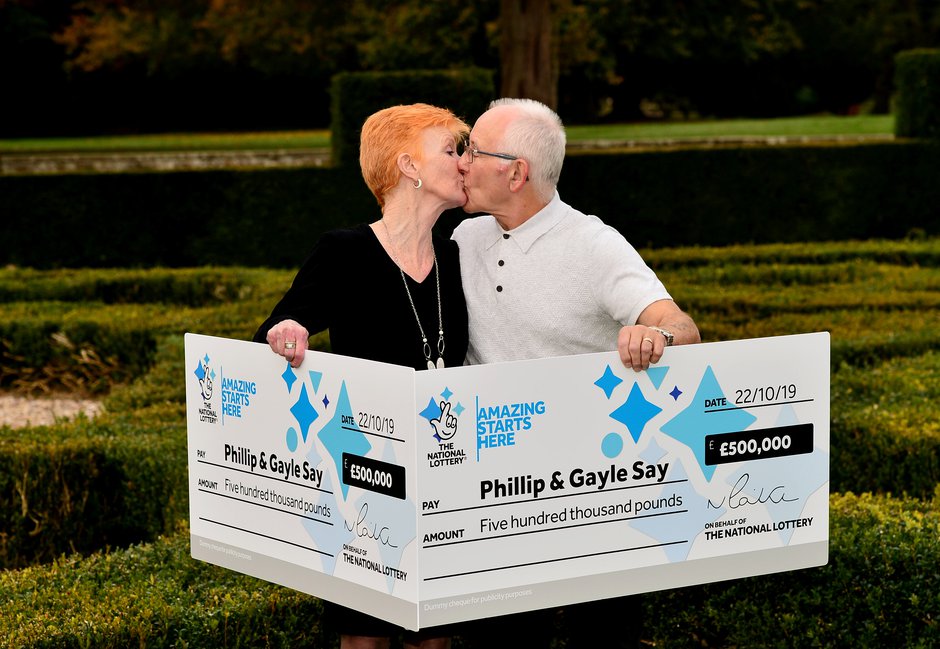 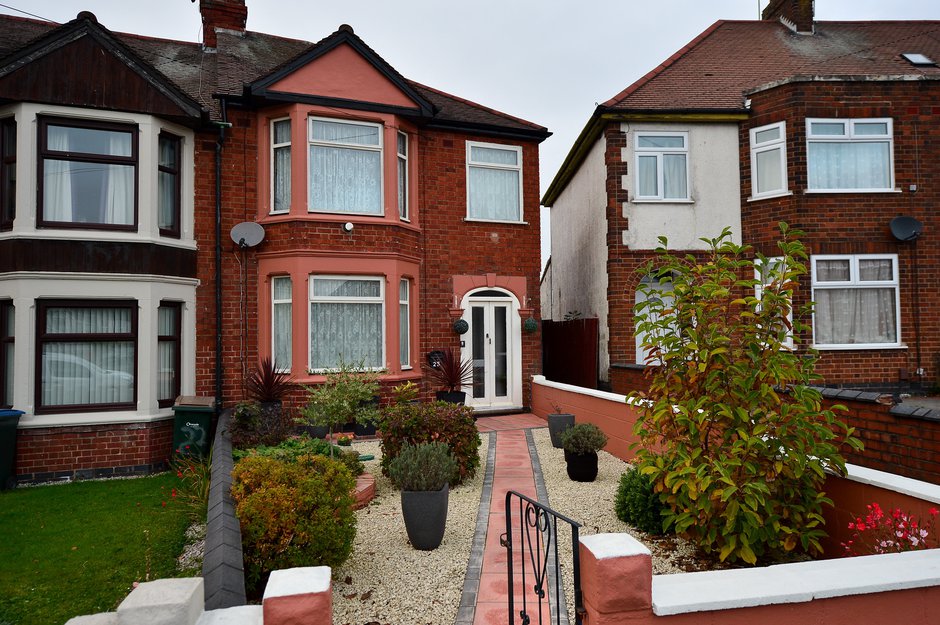 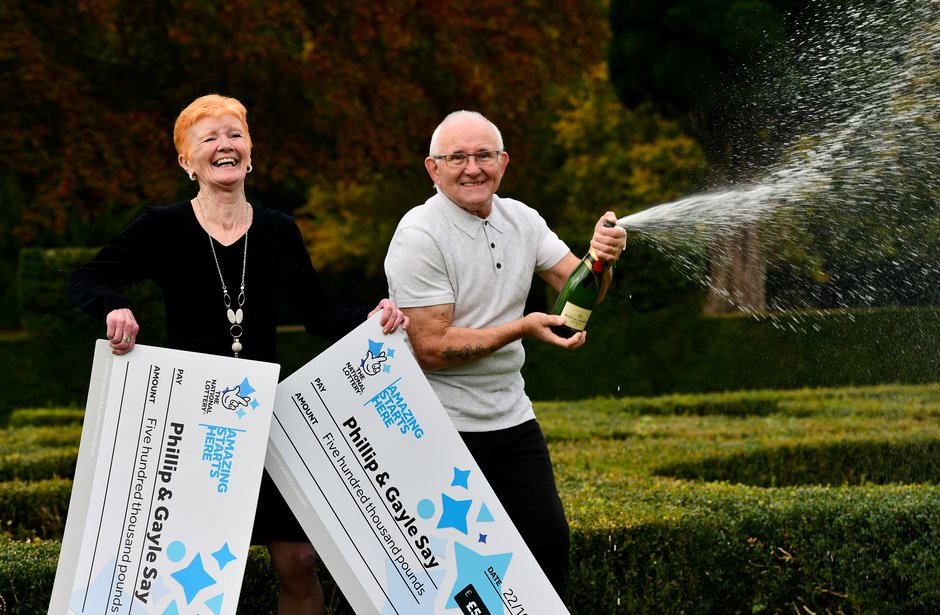 Gayle added: “As well as helping out the family, all I want is for Philip to finish off the extension he is working on, and now with the winnings I can have a new kitchen.

“I resigned last week after we found out about the win, worked my week’s notice and as of today I am officially retired. It feels great.”

The couple bought their Thunderball tickets from Nina’s Convenience Store in Coventry.

Every Tuesday they buy multiple lines on three tickets based on door numbers, anniversaries and family birthdays.

Double lotto winners Gayle and Philip Say, who are both 65, say their first purchase will be a car to ferry around their seven grandchildren.

Gayle said: “My eyes popped out when I found out. I felt like jelly. I thought ‘I’ve got to get this right, it might not be’ I am still trying to get over it now. It’s beginning to sink in.

“We haven’t made a new purchase yet, but it will mostly be going to family and a new car. We’ve had lots of ideas but nothing as of yet.

“We couldn’t believe it. We can make a few more mistakes like that.

“My last shift this morning was great. I won’t have to get up in the cold dark mornings anymore. I have to leave the house by 6.40am and I do weekends so I only have one day off.

“I can lie in on Saturday and Sunday now. It’s amazing I haven’t done that for 28 years. I will find something to do though.

“We will sort one thing out at a time. We will be staying in Coventry though.

“I would usually just win little bits, but now I’ve got a big bit!”

Philip said: “After we found out we had two lots of numbers the same, she then said she has got a line with five numbers but without the bonus ball.

“If we had the bonus number, it would have been another £500,000. But a million is enough at the moment.

“I cycle everywhere, so I don’t have a car. But it will be something for the kids. It’s £1million for our family, not for us.

“We want to get a family car because we have grandchildren. I look after them on a Monday and a Tuesday.

“We won’t change, we will be the same. It’s just you have some money to be the same with.

“We still have our numbers for tonight’s draw. I just hope we win that one.”