Taal volcano is 45 miles south of the capital Manila. 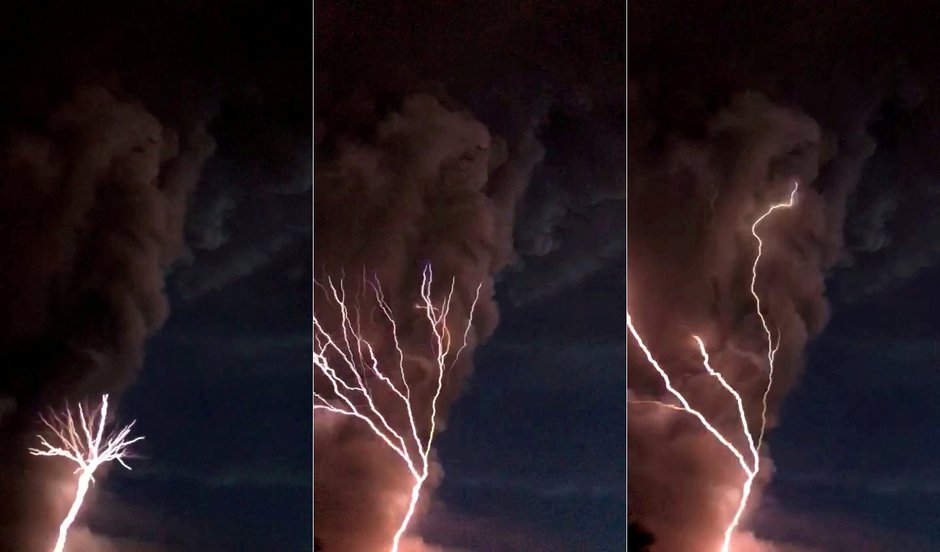 This is the moment a killer volcano caused ultra rare volcanic lightning to fork across the sky in the Philippines.

More than 8,000 people were ordered to leave their homes last night (Sunday) after Taal volcano started to spew giant ash clouds, accompanied by rumbling and tremors.

The volcano has erupted more than 30 times over past 300 years, killing 6,000 people, and started become volatile again this weekend.

A 17-year-old local resident, whose family decided to stay in their home, shot this video from his balcony in Tagaytay city on Sunday.

It shows rare volcanic lightening - a long debated phenomenon which typically occurs at the start of an eruption. 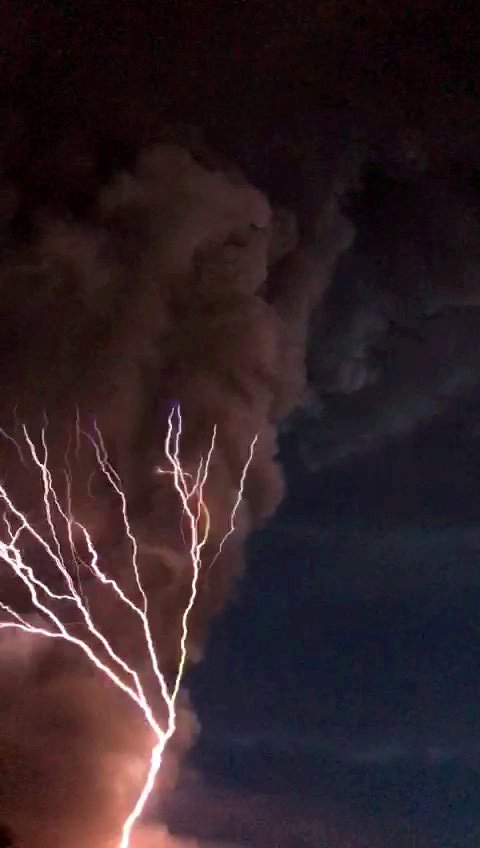 He said: "It was around 6pm and me and my family just arrived home.

"We had a plan to leave but we decided to just return home.

"When we arrived I went to balcony to get a better view.

"I wanted to take a photo but instead took a video and that’s when the thunder struck."

The exact cause of volcanic lightning has been long has been debated.

Volcanic lightning is an electrical discharge caused by a volcanic eruption, rather than from an ordinary thunderstorm.

It is thought to be caused by colliding ash - and sometimes ice - which generating static energy in the volcanic plume, when the particles rub together.

Taal is the Philippines' second most active volcano and situated on an island in the middle of a lake.