Restaurant worker Jamie Shoebridge has been waiting tables for three years but may consider a career at a circus after this incredible juggling act. 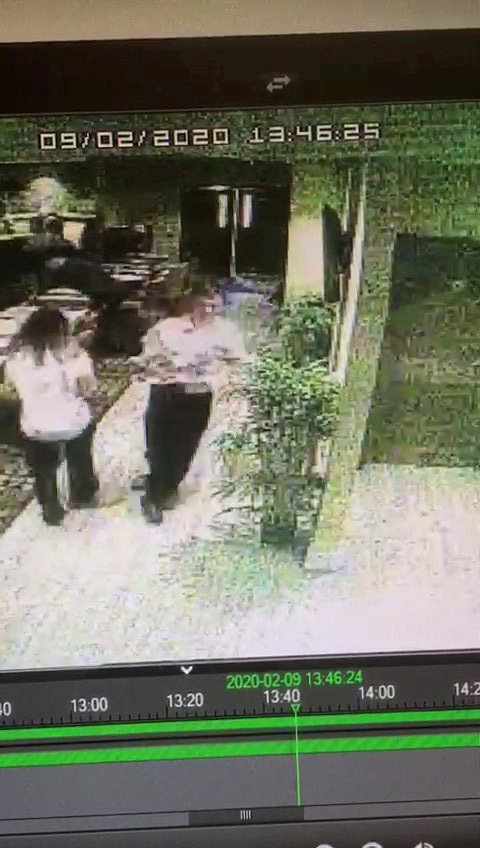 This is the impressive moment a waiter fell to the floor carrying four meals - but didn't drop a single plate.

Jamie Shoebridge, 24, has been waiting tables for three years but may consider a career at a circus after this incredible juggling act.

CCTV cameras captured him crashing to the floor after slipping on peppercorn sauce - taking down a big decorative plant in the restaurant with him.

But bizarrely he somehow managed to keep hold of the plate he was holding in his left hand - and continue to balance three other meals on a tray he was also carrying on his right.

Restaurant supervisor Jamie, from Nottingham, said he jumped back up and delivered the meals as planned with his guests none-the-wiser.

The only casualty of the three roast beef dinners and bangers and mash dish was one sausage and a few peas.

“I lost my footing and fell down face first.

“There was some peppercorn sauce on the floor and I slipped on it. It’s all a blur and I’m not sure how it happened.

“It was just an instinct to lift my arms up and try to save the plates. I just got back up and carried on as normal.

“I have no idea how none of the plates got smashed. I’m impressed with myself.

“The only thing that fell off the plate was one sausage and a few peas.”

He said after falling over and realising three of the meals were still intact, he carried on

Jamie added: “It didn’t hurt but I was very confused as to how it happened.

“We all had a laugh about it in the office.

“It has become a bit of a running joke at work now.”