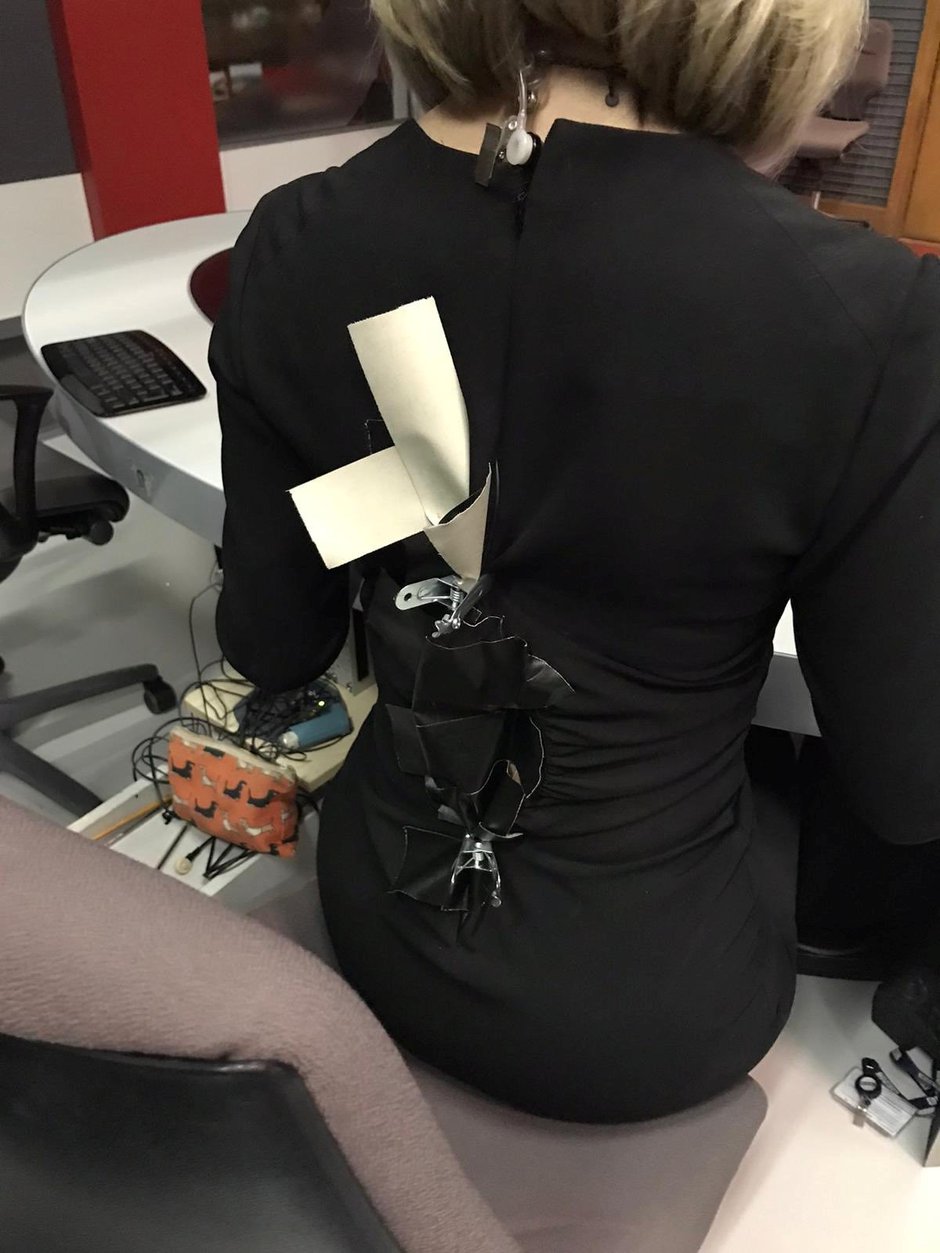 A BBC TV newsreader whose dress burst open minutes before going on air was saved by her colleagues - who patched it up with gaffer tape and bulldog clips.

Points West anchor Liz Beacon, 43, was drafted in at the last minute to present the evening news and rushed home to grab her new and unworn Zara outfit.

But minutes before going live the zip 'popped', leaving the black fitted dress gaping all down her back.

Without time to change, the quick-thinking crew pulled it together using big metal bulldog clips and black gaffer tape - and took a photo to show Liz.

Viewers had no idea of the outfit malfunction when they tuned in to watch the live broadcast just 20 minutes later.

Liz, from Bristol said: "I hadn't worn the dress before and it was a bit sticky when I did the zip up, but I just thought that was because the dress is quite a tight style anyway.

"Never in a million years did I imagine it would burst open half an hour later!

The dress, bought at Cabot Circus shopping centre in Bristol, was a birthday gift from her mother in December.

Liz was looking forward to debuting it on the programme because it was different to her usual presenting outfits. 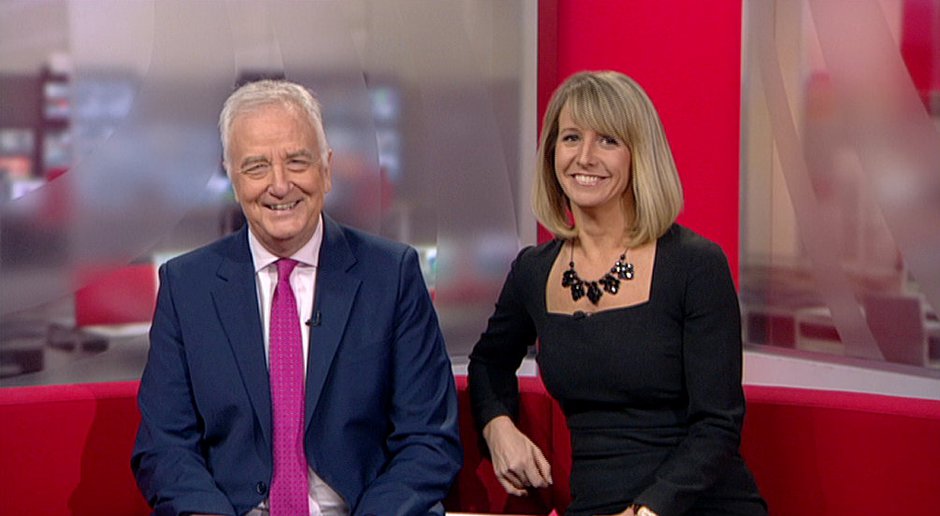 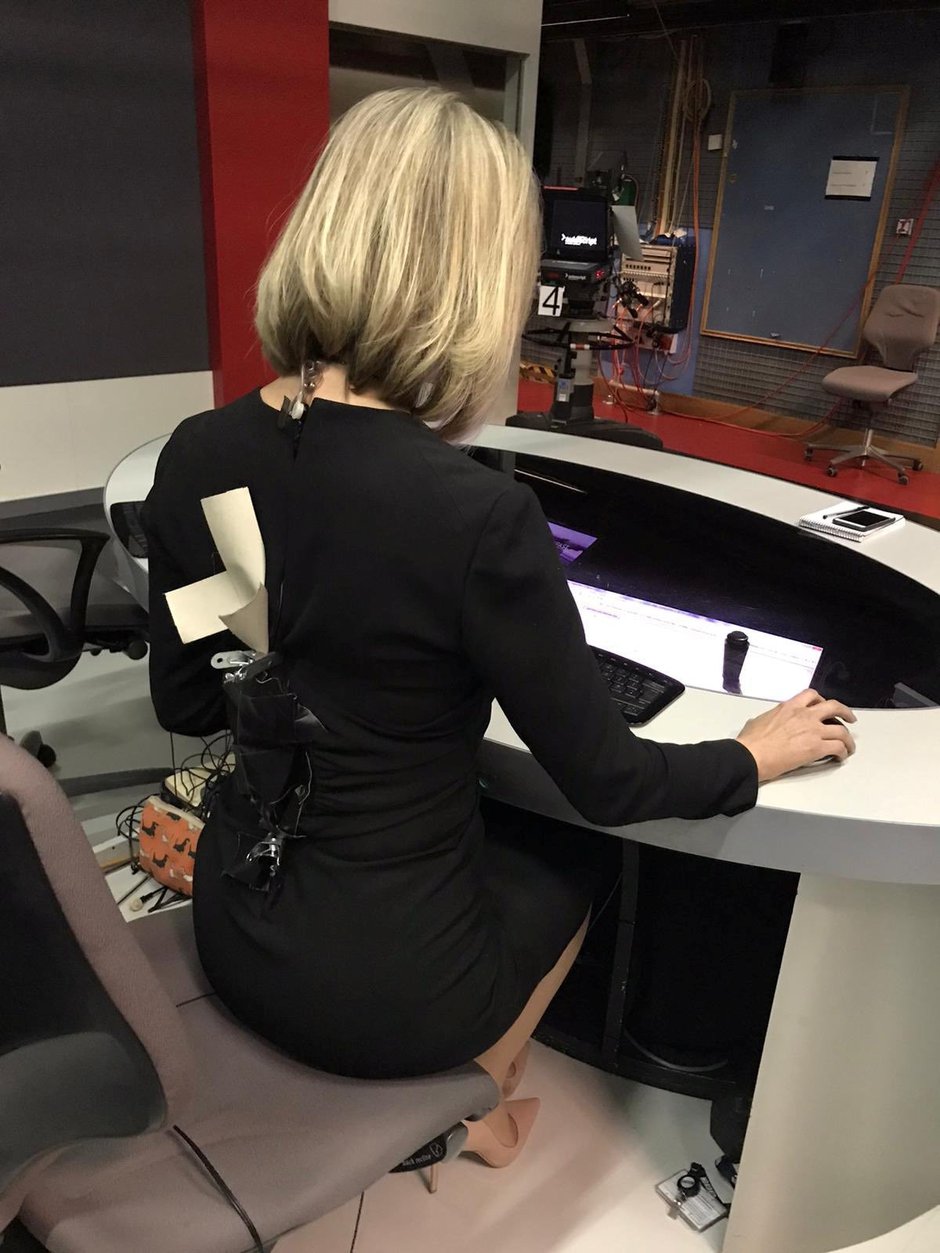 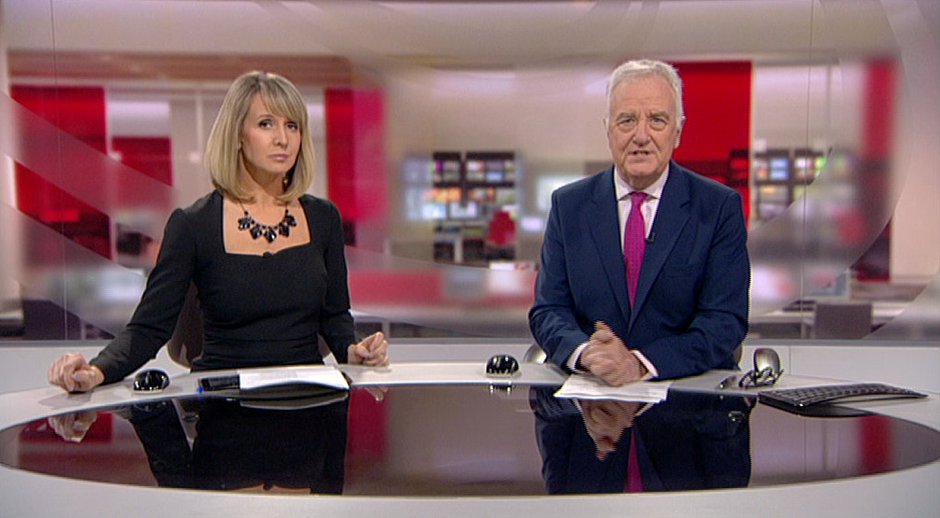 She managed to stay composed for the entire 30 minute programme with her dress haphazardly taped and clipped closed behind her.

"I asked the director - another Liz - to come and take a look, and when she saw it, she gasped and said 'Quick, get me some clips and some gaffer tape'.

"I had no other options. There is a dressing room here but I don’t store any dresses in there - that will change from now on!

"There were three people helping me in the end, with fellow presenter David Garmston next to me trying to keep me calm.

"It was all hands to the pump - a director, a fellow presenter and a cameraman, all trying to help me in the 20 minutes we had before going live.

"I was still fiddling with it, reaching behind me, trying to make sure the tape was stuck down, as we went on air.

"I couldn’t relax the entire programme, which is most unlike me! I kept feeling it move, and was completely paranoid that it would ping open again."

She has since spoken to Zara regarding the incident and is liaising with their customer services with the hope of organising a replacement.