Probation officer Jonathan Coelho, 32, was treated for Covid-19 at Western Connecticut Hospital before he died of a cardiac arrest on April 24. His wife Katie Coelho, 33, walked into the ICU seven minutes after he was pronounced dead. 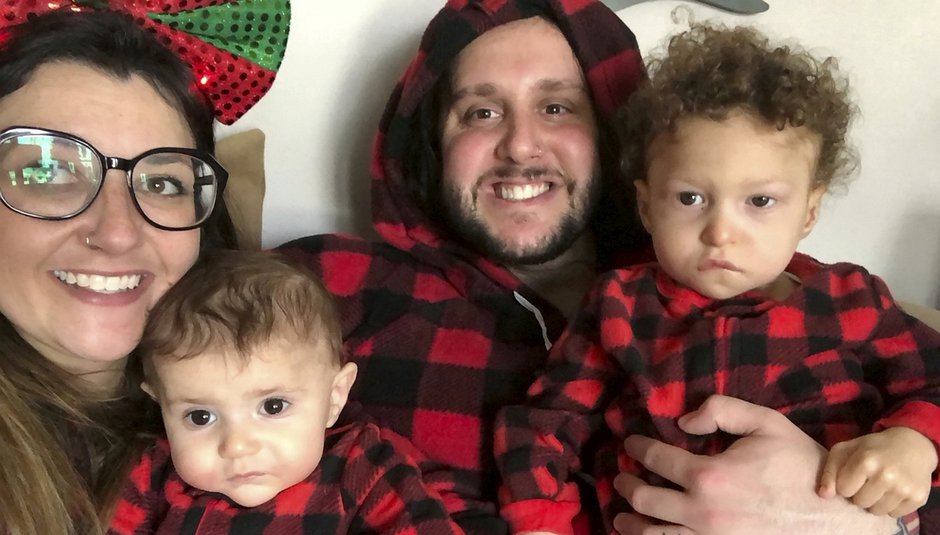 A wife who missed her husband's death by minutes found his final phone notes to her including how to pay the mortgage - and how much he loved her.

Katie Coelho, 33, walked into the ICU seven minutes after Jonathan Coelho, 32, was pronounced dead of coronavirus.

She regretted being unable to say goodbye then discovered he had penned an incredibly emotional goodbye in an 170-word phone note.

Beneath instructions on how to pay the mortgage, Jonathan left messages for his wife and children - Braedyn, two, and Penelope, one.

Jonathan wrote it the day before he was placed on a ventilator at a hospital in Danbury, Connecticut.

The note includes reassurance that "if you meet someone, know that if they love you and the kids that I love that for you".

It added: "I love you guys with all my heart and you’ve given me the best life I could have ever asked for.

“I’m so lucky, it makes me so proud to be your husband and the father to Braedyn and Penny.”

The stay-at-home mum from Connecticut, USA, said: “I don’t think if I was in Jonathan’s position, I would have thought to write a note - but that’s just how Jonathan was as a person.

“Trying to understand how he was in that mental state is so hard, but it’s also not surprising because of how much he loved me and loved the kids.

“I turned on his phone to get some pictures and when his phone turned on, his call log was on because he had tried to call me.

“So I cleared that out and right behind it was his notes and at the top of it, it had some personal information - who to contact at his job, passwords and telling me that we had a safe that I didn’t know we had.

“He was the grown-up in the relationship!

“Then I started reading down and the first line said, ‘I love you guys with all my heart,’ and I just screamed.

“I kept reading and it clicked.”

Jonathan’s symptoms included a migraine and a loss of taste and he tested positive for Covid-19 on March 25.

After developing respiratory problems on March 26, he was admitted to hospital and placed on a ventilator on March 31.

One of the last conversations the pair had was when Jonathan first came off the ventilator on April 7 - he told Katie that he might be discharged soon.

On April 22, doctors called Katie at 2:15 am to say that she needed to come say goodbye.

Jonathan's ashes are now part of two grandfather clocks - one set to the time Braedyn was born, and the other to Penelope's birth time. 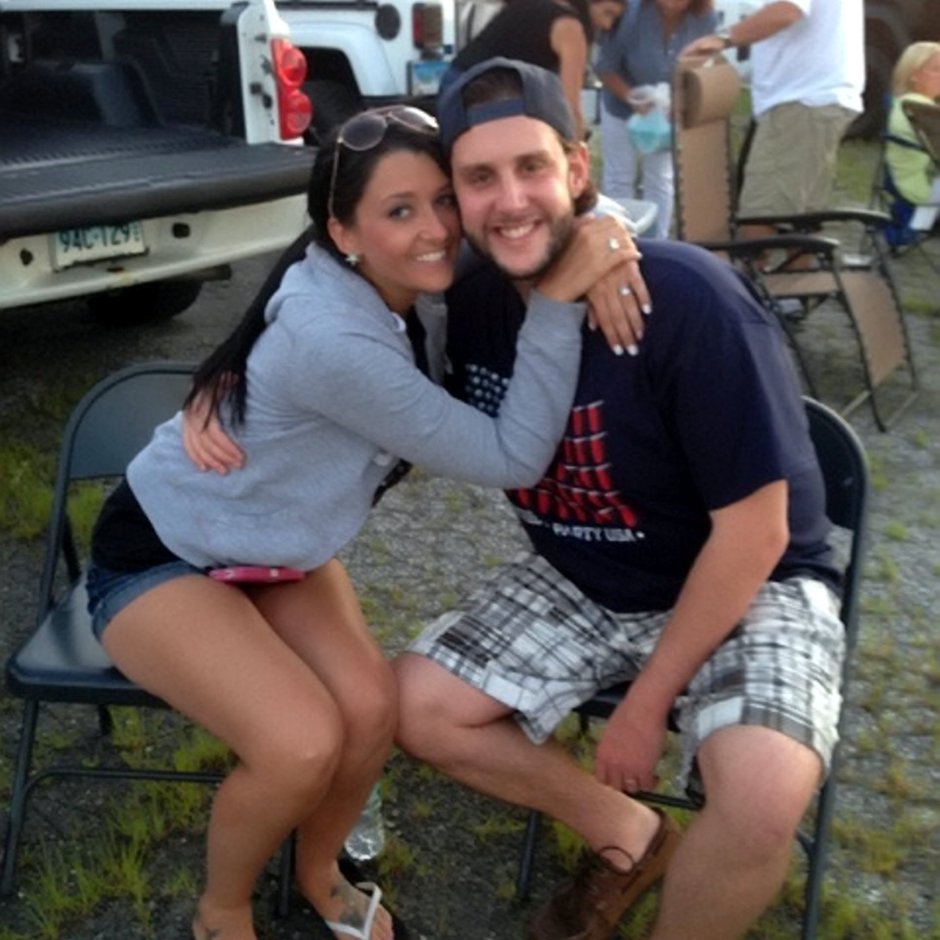 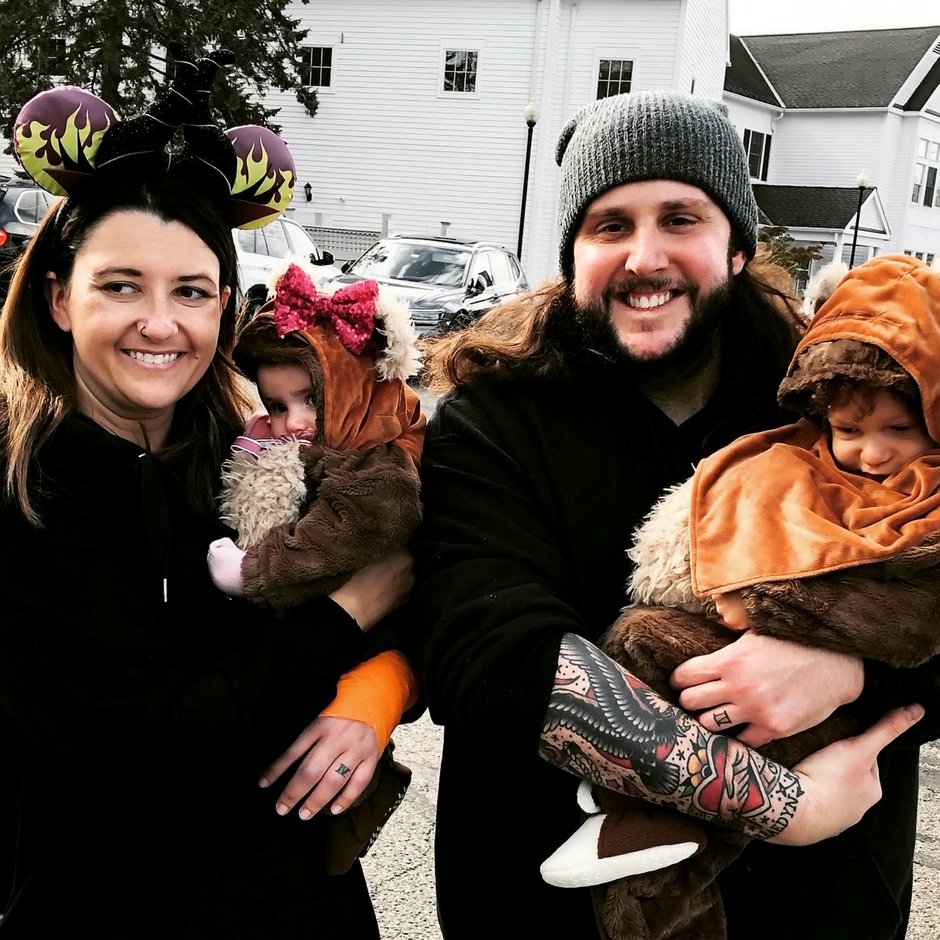 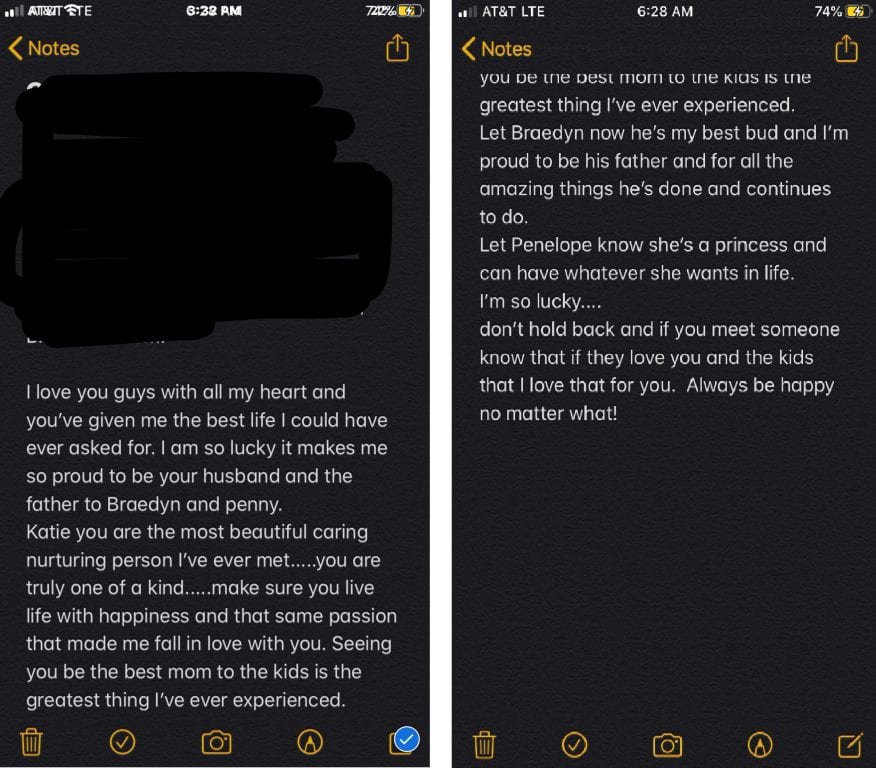 Katie and Jonathan met at Western Connecticut State University and would go on double dates with their partners at the time.

The pair eloped on Valentine’s Day in 2013 - and got married in sweatshirts in their living room.

They had a larger wedding with family and friends in December 2013.

Katie said: “I never felt so secure in who I was as a person until I became his wife, because he just never made me feel anything less than amazing.

“It sounds so surreal because it’s like a person like that doesn’t exist, but he really did.

“He was my partner - there was nothing else I wanted to do except share my time, my laughter, everything with him.

She added: “Jonathan was just steadfast and I knew he loved me."

“I love you guys with all my heart and you’ve given me the best life I could have ever asked for.

“I am so lucky it makes me so proud to be your husband and the father to Braedyn and Penny.

“Katie you are the most beautiful, caring, nurturing person I’ve ever met...you are truly one of a kind...make sure you live life with the happiness and that same passion that made me fall in love with you.”

“Seeing you be the best mom to the kids is the greatest thing I’ve ever experienced.

“Let Braedyn know he’s my best bud and I’m proud to be his father and for all the amazing things he’s done and continues to do.

“Let Penelope know she’s a princess and can have whatever she wants in life.

“Don’t hold back and if you meet someone, know that if they love you and the kids that I love that for you.

“Always be happy no matter what!”