Derrick from Lincolnshire is 5ft 4, taller than the average British woman 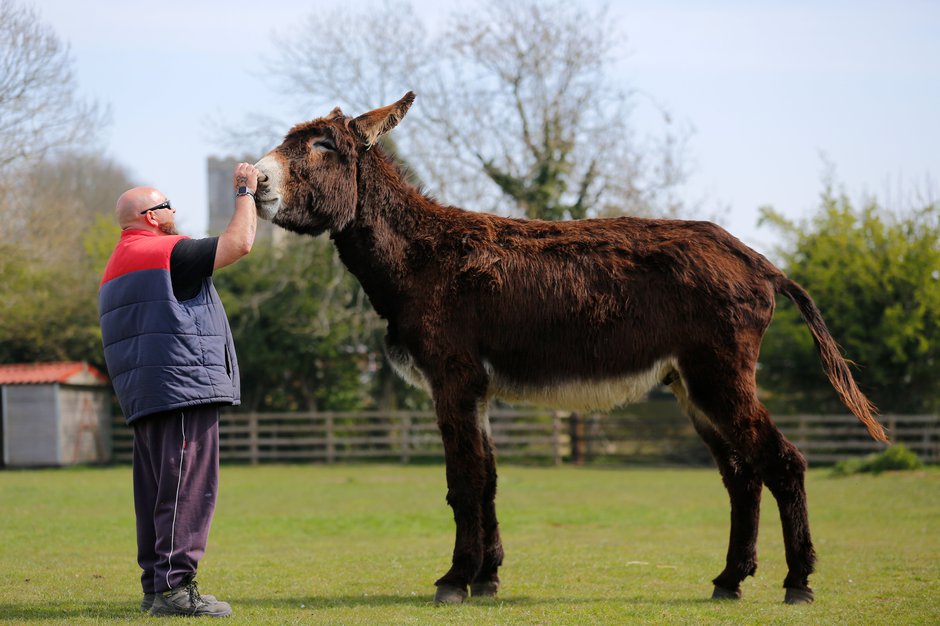 A British sanctuary is home to this massive DONKEY which is set become the biggest - in the WORLD.

Whopping Derrick is an American Mammoth Jackstock - the largest breed in the world.

The current record is held by Romulus in the Texas, USA, who measures 17 Hands - (5ft 8ins).

Derrick is now just an inch short but his owners say he will easily become a world record holder for biggest donkey. 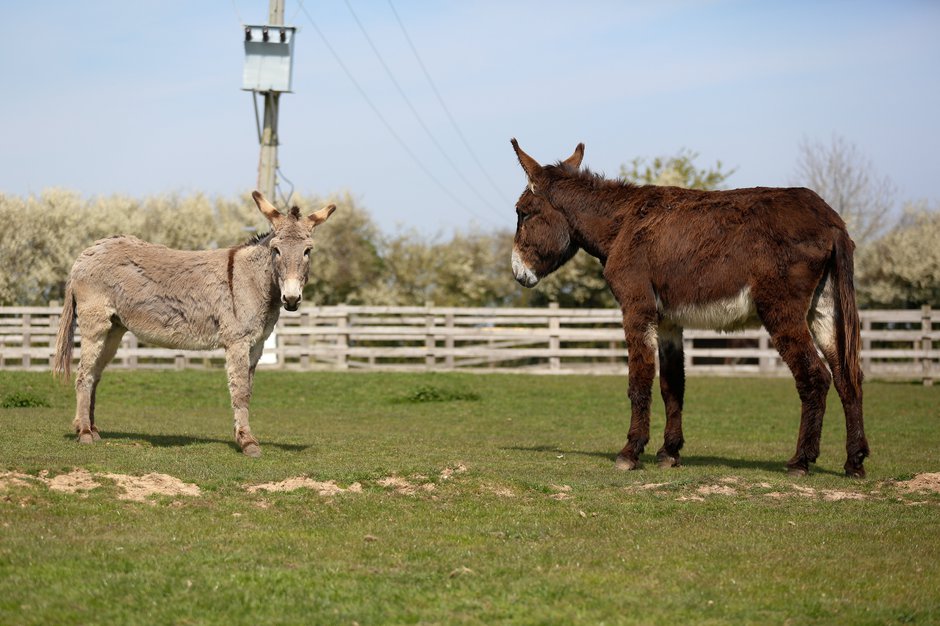 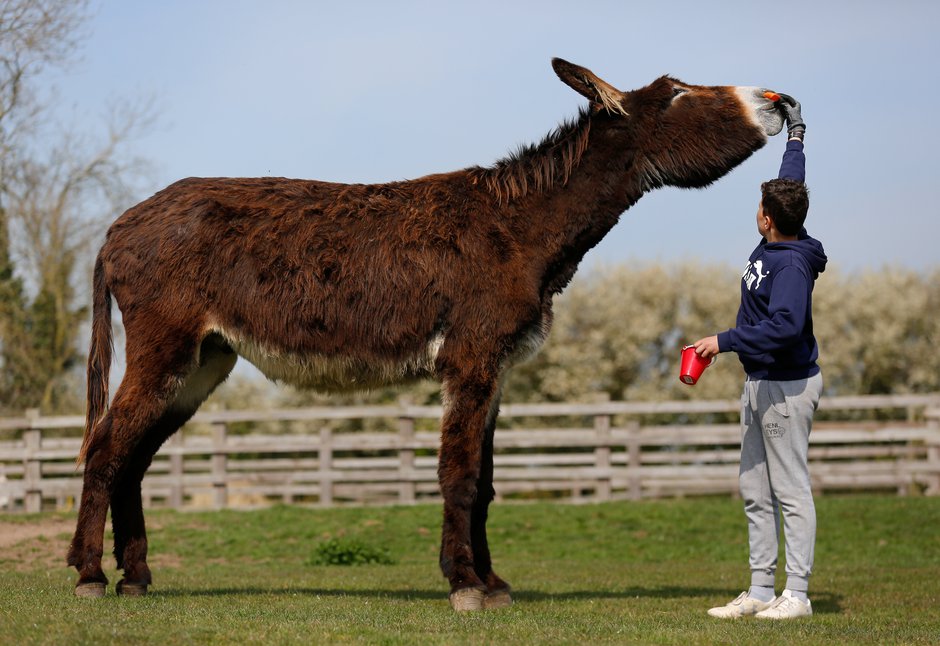 Sanctuary owner Tracy Garton said: "He was always big, he was big when he was born.

"He hasn't finished growing yet, they stop growing when they reach seven years old.

The 52-year-old said that despite his size, Derrick is a gentle giant: "Derrick is very very friendly.

"He's just like a big dog, follows you around all the time and wants to be by your side."

Romulus has held the title since 2013, but is set to lose the crown once Derrick finishes growing.

Radcliffe Donkey Sanctuary opened in 1992, it has 59 animals including donkeys, mules, horses, zeedonks and a zonky. 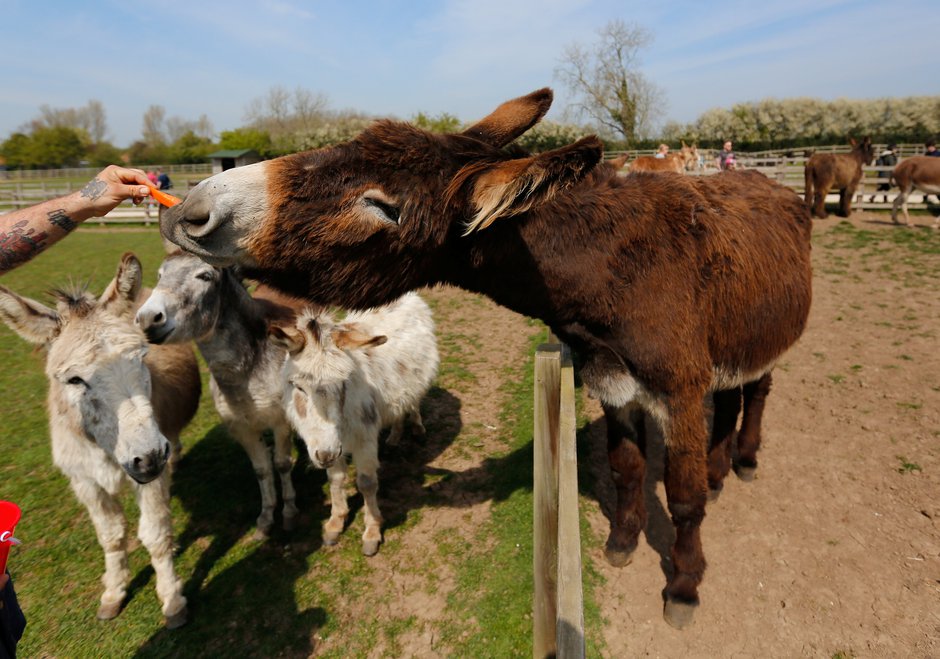