Catherine Carr thought she'd use a quiet moment to do some laundry, but her daughter had other ideas 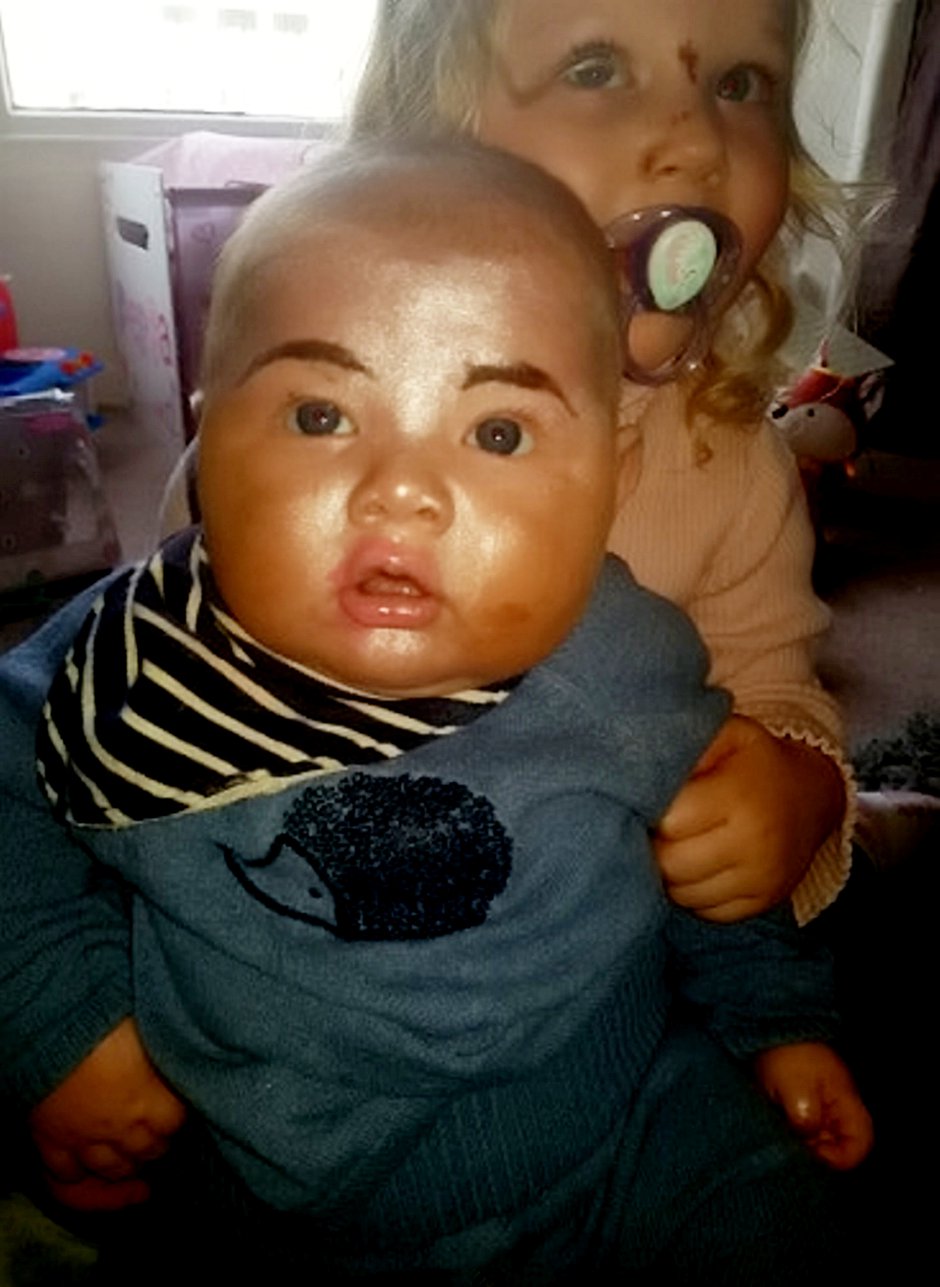 A three-year-old gave her baby brother this hilarious TOWIE-style makeover with cosmetics - to 'look just like you mummy'.

But Tiffany then decided to use her mum's make-up to paint her bro's face - leaving him a deep brown colour.

The younger used a brush to cover him with bronzer, gave him red lips with lipstick and drew on eyebrows with eyebrow pencil.

Her mother came down to find Frankie fully made-up - and was even more gutted when Tiffany explained she wanted him 'to look like you mummy'.

Catherine, of Harrogate, Yorkshire, said: “I left him fast asleep and she was sat quietly watching her tablet.

“It was all so nicely peaceful until Tiff shouted 'mummy come downstairs – I made Frankie look like you'.

“She'd basically piled as much as bronzer onto his face as possible and covered him in highlighter cream. 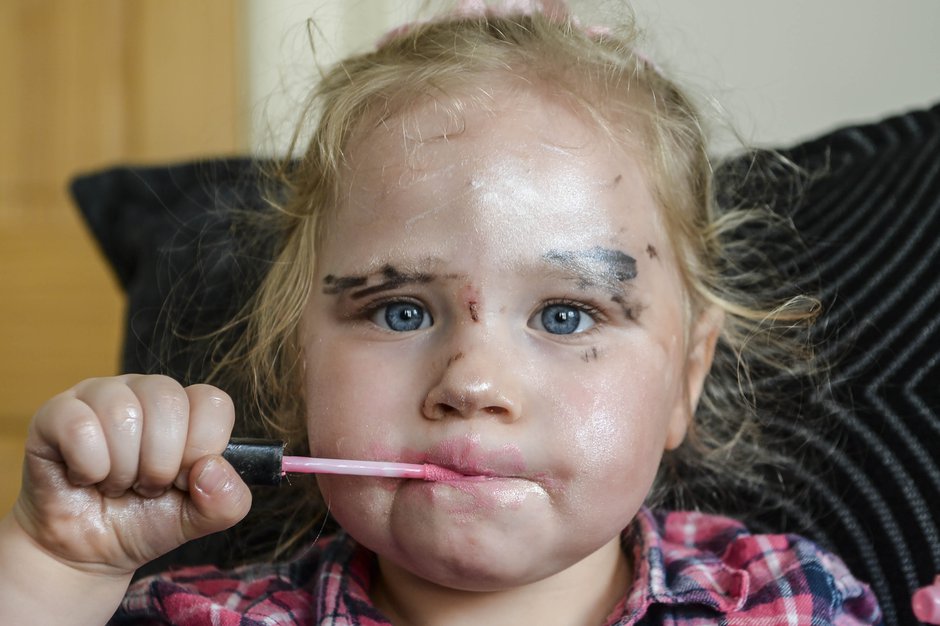 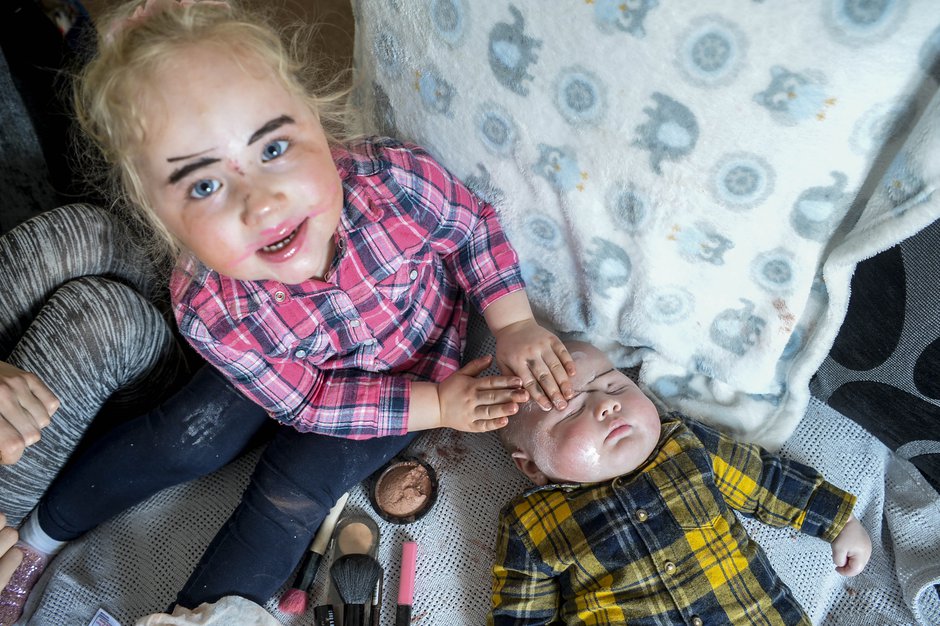 “She'd also put my lipstick on him and done quite a good job drawing on his eyebrows with my eyebrow pencil.

“She seemed to think he looked exactly like me – I couldn't see it to be honest.”

But far from getting a telling-off, Tiffany's make-up job had her mum in stitches.

“I was mortified, but I couldn't tell her off – it was just too funny,” Catherine explained.

“Some would have told her off, but she's always doing hilarious things like this, she's a little legend.”

And she said Frankie seemed perfectly happy with his makeover as well.

She said: “He loved his new look. He was fast asleep when I left him but I came downstairs and he was sat on the floor smiling his head off.

“He looked like a doll, she'd put that much make-up on him.”

Catherine shared snaps of Frankie and his sister on a Facebook parenting group, with thousands of mums and dads liking it in just hours.

She wrote: “I don't know what's worse, the fact she she thinks I look like that or the fact that she's done his eyebrows quite good.” 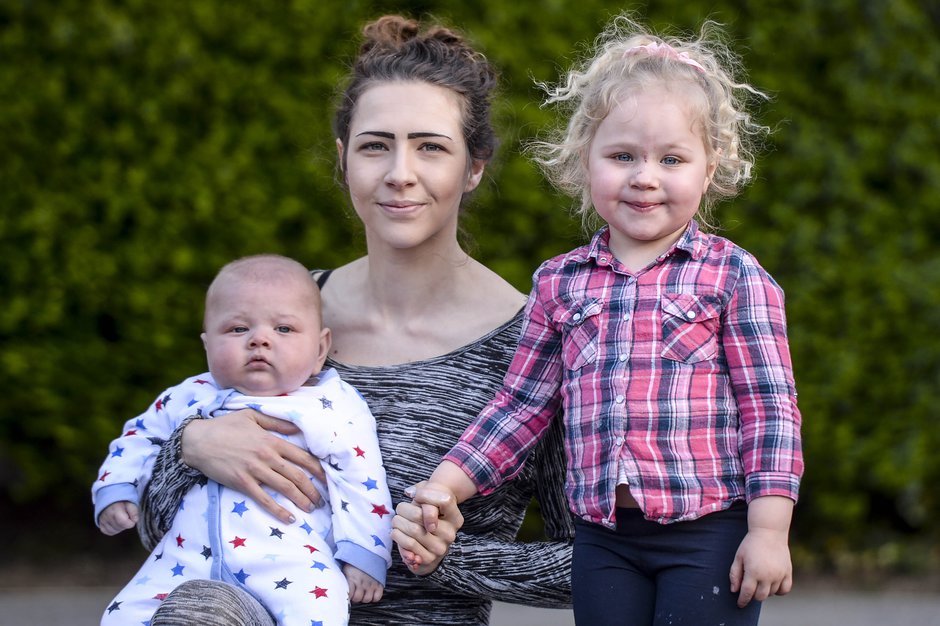