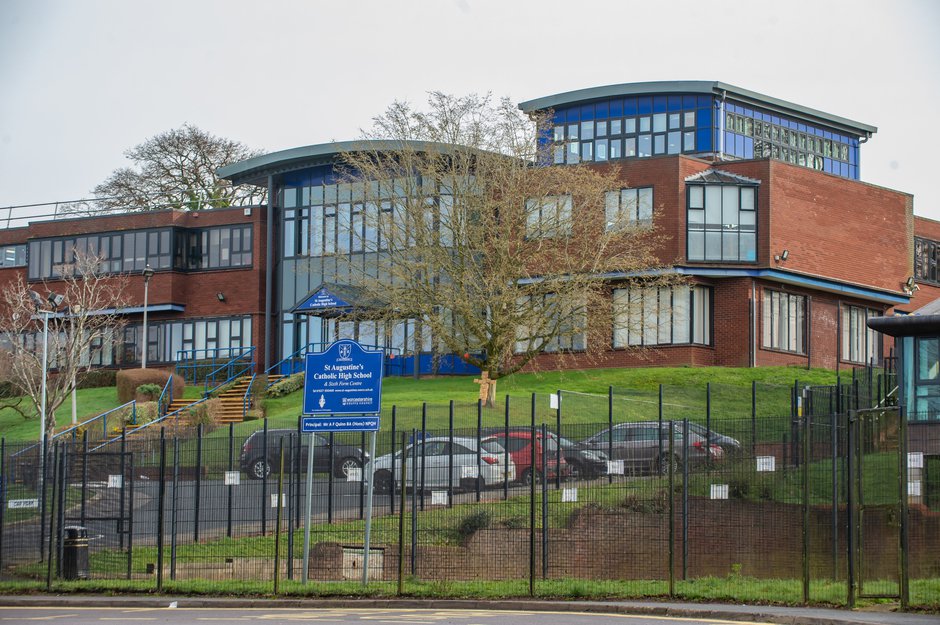 Parents at a catholic school say "more than 100" kids suffered burns while having ash crosses smudged onto their foreheads during an Ash Wednesday assembly.

Parents said the ritual was performed by a priest and two older children and was stopped half way through when kids complained of "tingling".

One concerned grandparent said more than 100 kids were burned - and parents are considering legal action against the school in Redditch, Worcestershire.

A parent who took her son to hospital for treatment said medics told her it was a chemical burn that would likely leave a scar.

Traditionally the ash for the ceremony comes from leaves burned in last year's Palm Sunday services.

But a grandparent said "toxic" ones had been used this time.

Mum Cassena Brown, 39, said her son Chairo Rowe, 14, was badly burned in the ceremony, had to be taken to hospital and has been off school for two days.

She said: "I am absolutely furious.

"They started with the year nine and it was the priest and two sixth form children - a boy and a girl.

"That's the first thing that confused me when I heard about it. Why are children doing it to other children?

"After a while some of the children said that it had started to burn. Some of the teachers said it did as well.

"Some of them rubbed it off straight away, but some left it on.

"The children who left it on complained it was burning and some were given a wet wipe to wipe it off.

"But when some of the kids wiped it off, it ripped the skin off as well.

"It was red raw. They should have been sent to a medical professional, not given a perfumed wet wipe."

Delivery driver Cassena said all parents were sent a text message saying some children had been left with an "irritation" after the Ash Wednesday assembly.

She said the message said the parents of the most severely affected children would get a call - which Cassena did - and she came to pick up her son early.

"I saw other children walking out with their parents, with red marks - like a heat rash almost - on their foreheads," she said.

"But when I saw my son I was gobsmacked.

"My son was the worst of everyone. Because he is of Afro-Caribbean heritage you can see the burn very clearly, as the skin is burned and it's white underneath."

She said doctors at Alexandra Hospital said it was a chemical burn and recommended keeping the wound clean with cold water.

"It continued to burn throughout the night," she said.

"He's embarrassed. Last week he had girls at school saying he was cute, now he has a burn on his face."

A grandfather of another burned child, who did not want to be named, said "over 100 children were damaged".

He added: "They are anointed with a cross on the forehead.

"The medium used was a mixture of palm oil and ash from burned leaves.

"They must have picked a toxic leaf as the results in most cases were burns on the forehead resulting in hospital admissions for many children.

"The parents are contemplating legal action."

The Christian Ash Wednesday ritual involves receiving a mark of ashes on the forehead as a token of penitence and mortality.

One dad, who has a daughter at the school, said: “I think it was basically the first year students in school who were affected.

A mum said: "A load of the kids had to go home after they got burned."

Another mum added: "My daughter said something had happened and some kids got burned on the forehead.

“We are not Catholic so my daughter would not have taken part." 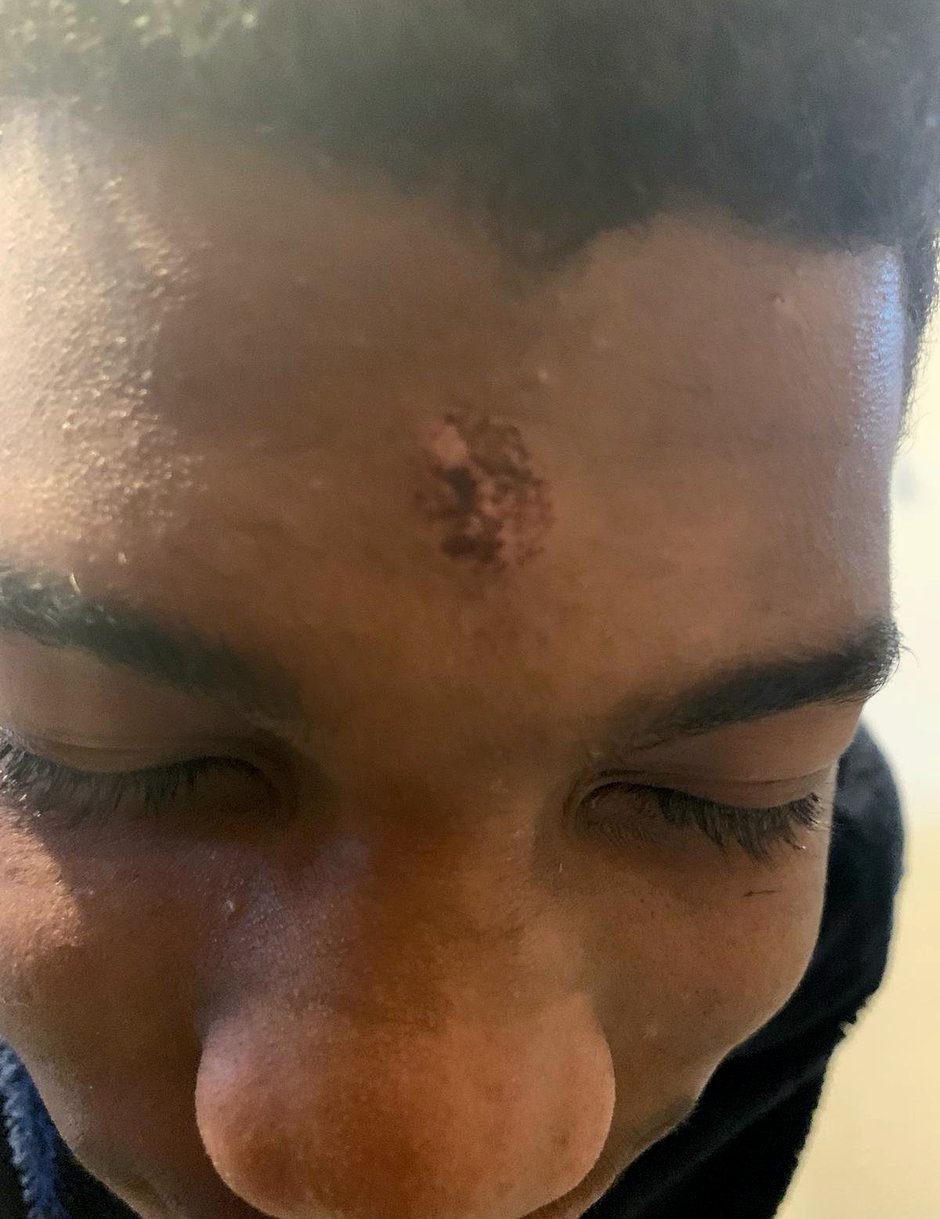 St Augustine’s Catholic High School said the ash was provided by a priest from the Diocese of Birmingham, which sourced it from a company in Aldridge.

Head of school Gerald O'Connor said he didn't know how many children were affected - but it was less than the estimate of "more than 100" given by parents.

He said he didn't know how many children were taken to hospital, but said some teachers were burned too.

A spokesperson for the school said: "During the Ash Wednesday service, it came to our attention that some discomfort was experienced by students that had received the ashes on the forehead.

"As a result all students were requested to wash the ashes off immediately to ensure no further discomfort was felt.

"We are aware that some students had a reaction to the ashes from the parish, for which medical advice has been sought.

"Parents are being kept informed and the school will carry out a full investigation as to why the ashes may have caused this reaction on this occasion."

Mr O'Connor added: "There were a number [of students] that we advised to seek medical attention. We've asked parents to keep us informed as to whether they did or not.

"We dealt with the issue immediately. Obviously health and safety is our primary concern.

"Some teachers were affected. We advised them to seek medical attention as well.

"We source our ashes from an external provider. We know there are processes to follow, and that is under investigation. We have asked for that investigation to happen. We want to get to the bottom of it."