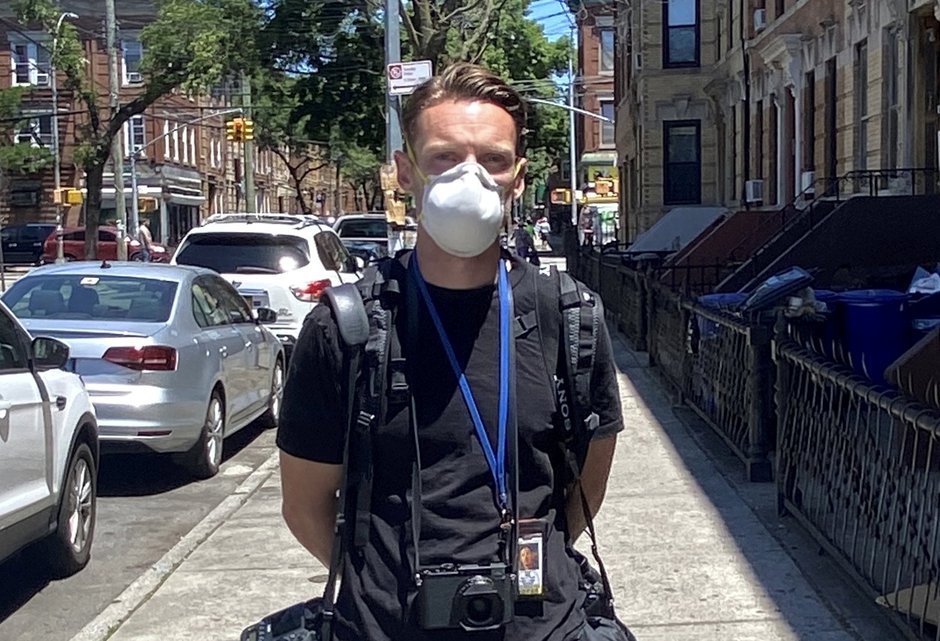 A British photographer has become one of the first members of the media to be arrested and charged while working at the American police brutality protests.

Adam Gray, 33, a New York based photojournalist for agency SWNS, had been taking photographs at the rallies in city.

He says he was thrown to the ground by police with several officers climbing on top of him in order to restrain him and force him into handcuffs.

Despite showing his press pass that had been issued to him by the US State Department at the UN Plaza, Adam reports he was arrested and put into a police vehicle.

He was charged with unlawful assembly near Union Square and spent twelve hours through the night in custody amongst the protestors.

Adam said: "The whole time that I was being arrested, I was shouting that I was press and showing them my Foreign Press card but they just didn't seem to care.

"I get that in the heat of the moment you might get pushed or grabbed, but as soon as you say that you're press, it normally stops there but not this time.

"I've worked in many other countries doing work like this and never has it gone as far as this, I couldn't believe it."

Adam had been heading down 13st near Union Square on Saturday 30 May after filing Manhattan protest photos by Astor Place.

During his arrest, police claimed that they had made several orders for people to leave the area before Adam had arrived on the street.

Adam said: "I walked down the street taking photos as I went and then the cops rushed the crowd.

"I photographed the pandemonium that ensued of them pushing and grabbing protesters before one big cop came at me and pushed me to the ground with his truncheon to my chest.

"I smashed into the floor with my three cameras as three or four cops then got on top of me, restraining me and putting me in handcuffs as I shouted repeatedly that I was press."

Adam was put into a police van with about 20 other protesters and waited for half an hour inside before being driven down to 1 Police Plaza, Manhattan. 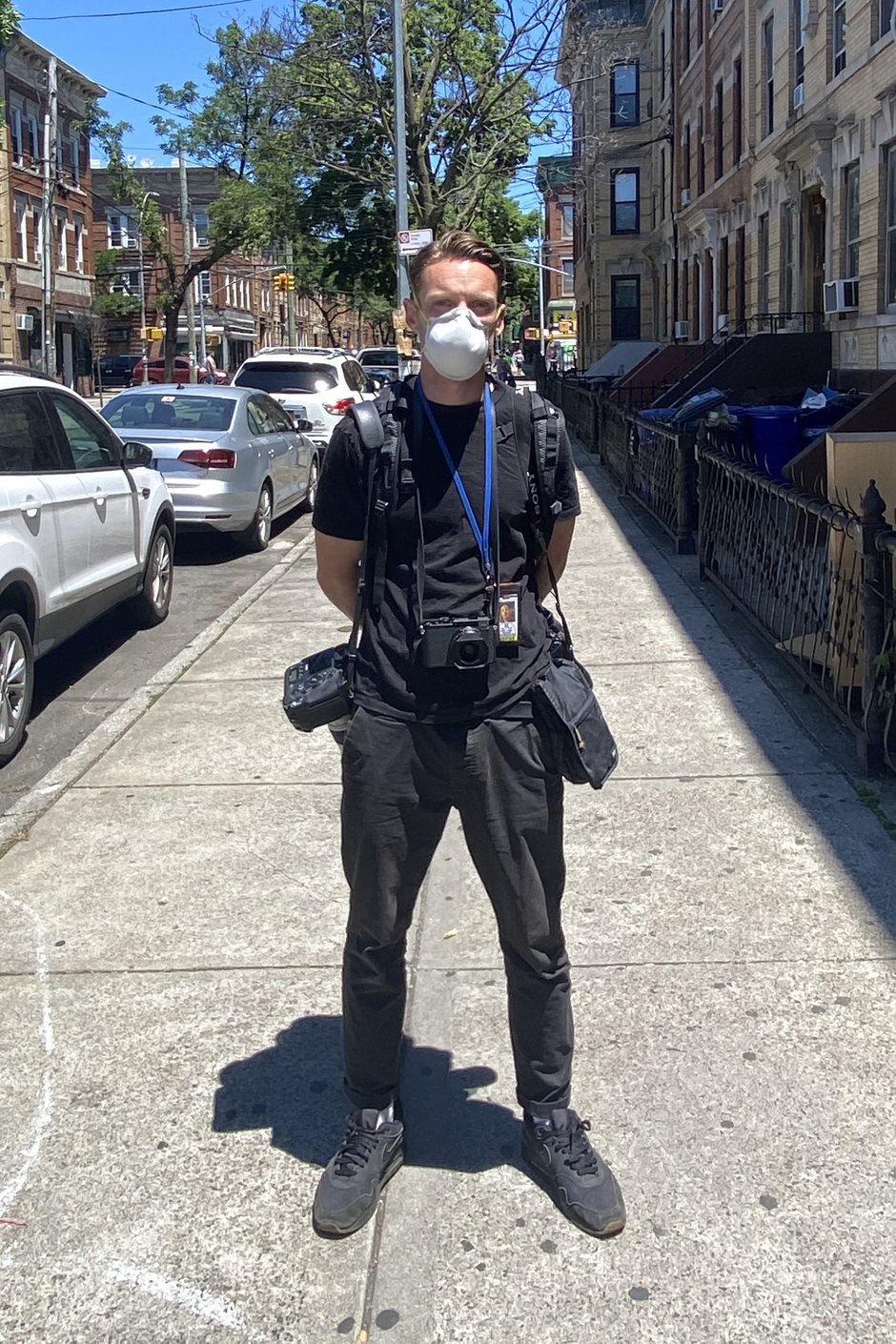 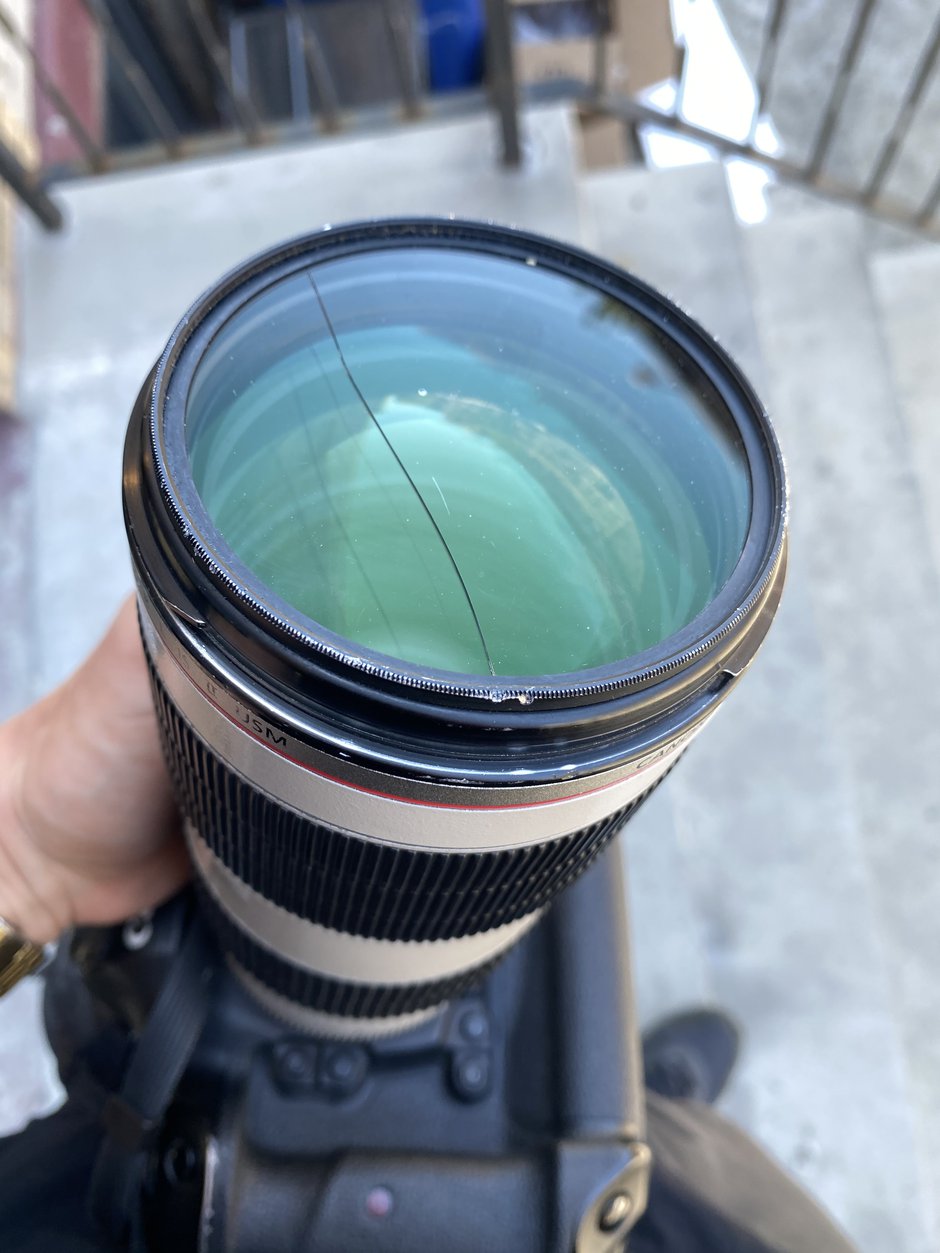 HE claims police were removing masks from the protesters and not returning them as they sat in close proximity to other people in holding.

Adam said: "I was explaining that I was accredited press at every opportunity.

"I got searched, processed, had my photo taken and then put into a large holding cell of 50-70 people at its fullest with zero social distancing.

"Police had removed masks from some protestors for their photo but then refused to give them back and did not offer any extra masks."

Adam was held in custody for eight hours until approximately 9:15AM on Sunday 31 May when he had his fingerprints and photos taken.

This offence means that 'a person is guilty of unlawful assembly when he assembles with four or more other persons for the purpose of engaging or preparing to engage with them in tumultuous and violent conduct likely to cause public alarm, or when, being present at an assembly which either has or develops such purpose, he remains there with intent to advance that purpose.

Adam was then released from the police station and is now back home in New York with a broken filter on his camera and a court date to wait for.

He said: "I was really shocked when they arrested me, I was just in total disbelief.

"We were held in such close proximity to other people in the holding cell and police weren't letting people have their masks.

"Considering there is a worldwide pandemic right now, it felt very irresponsible and dangerous of the police to do that.

"It was shocking to see how blase the police were about the risk of coronavirus and public health.

"Thankfully, I do not have any injuries but I am in disbelief at what happened."

Jon Mills, SWNS Picture Editor, said: ''It is deeply concerning that the NYPD appear to be trying to shut down honest and objective reporting.

''Bringing charges against a working photojournalist just for doing his job is an utter outrage and we will fight this every step of the way.'