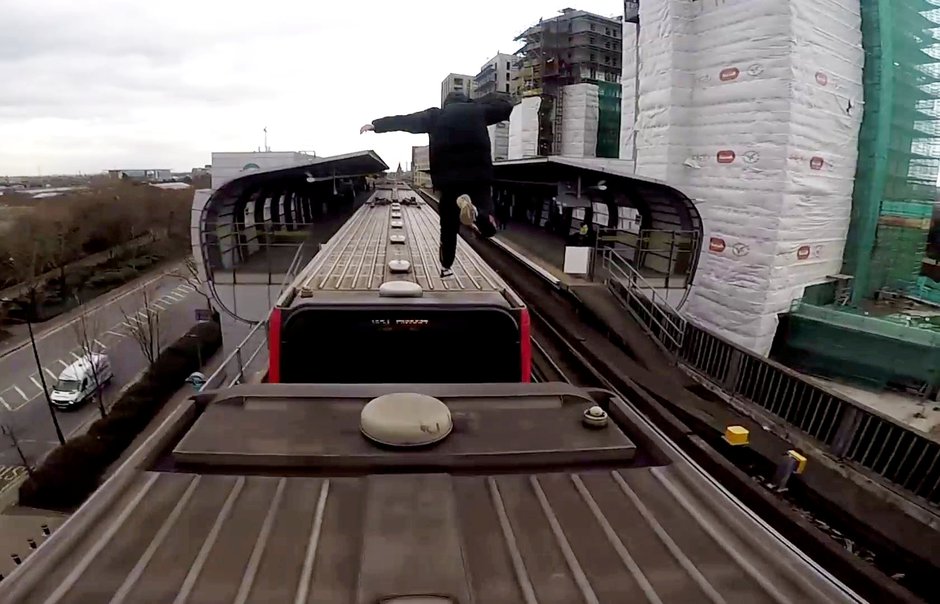 This is the astonishing moment two adrenaline junkies rode on the top of a moving London TRAIN.

The daredevils can be seen running towards a Docklands Light Railway station before racing up to the platform and jumping on the outside of the final carriage.

A video shows the masked pair then hoisting themselves to the top of the driverless train and "surfing" it out of West Silvertown Station in London.

Go-Pro footage shows the men leaping between the carriages, and bracing themselves against the wind on top of the train which can reach speeds of 50mph.

As it pulls into the next station - understood to be Canning Town - the two men race to the end of the train before leaping onto the platform and racing out the exit.

One of the men, who would not be named, said the stunt took place last week. 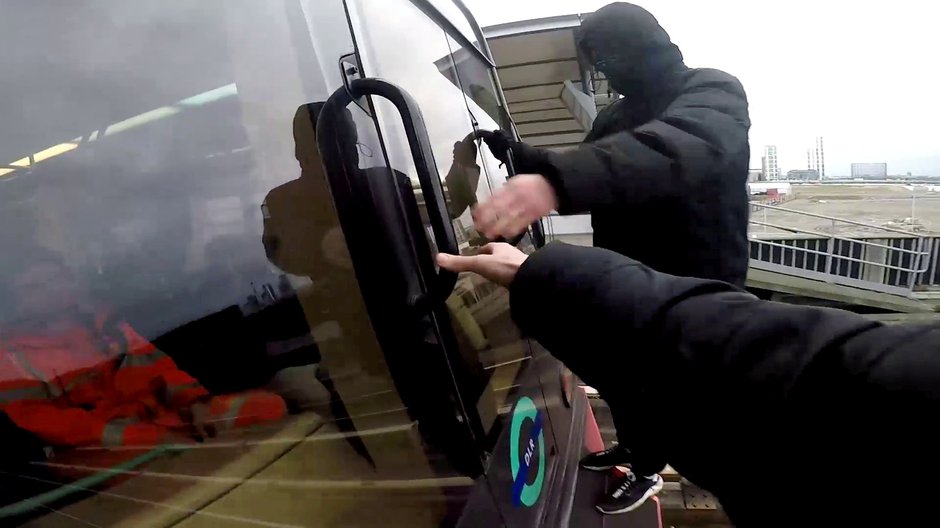 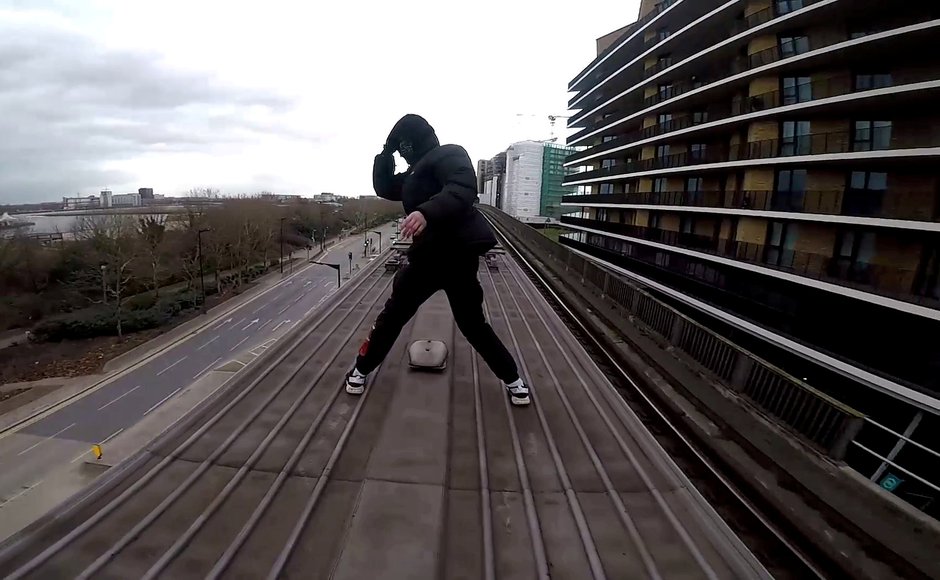 “The ride between stations was probably about two minutes but it felt like an eternity.

“When we arrived at the next stop people were shouting for us to ‘get down’ which is understandable as for a normal person this is unimaginable.

“Most of them say that we have a death wish.

“I don’t regret doing it.

“It’s all about your attitude and how you time it.

"We knew we could never do it on the underground so this was the next best thing.

“We couldn’t during rush hour and if we left it too late it would have been kids coming back from school."

A spokesman for the British Transport Police has been contacted for comment.