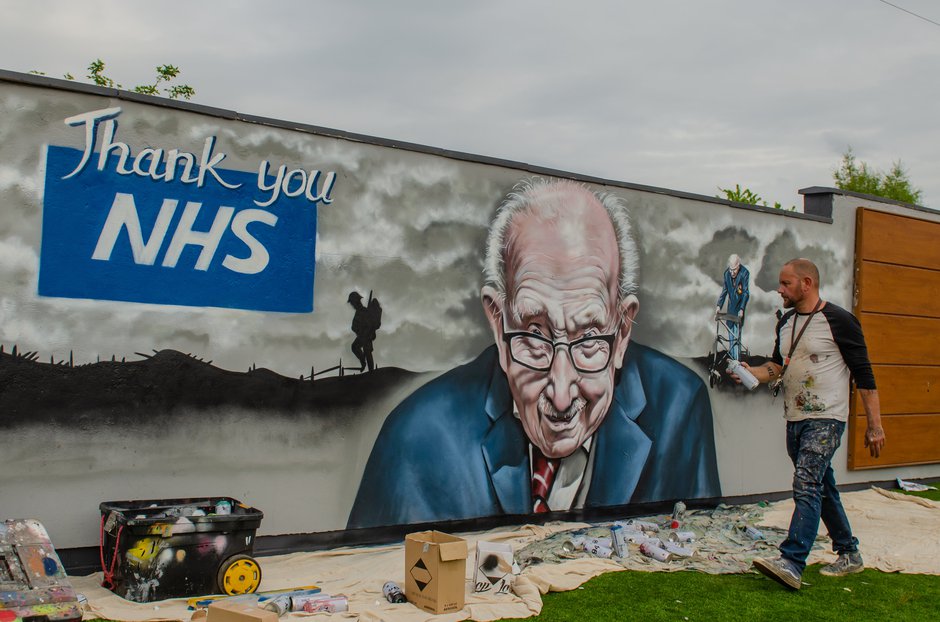 A company boss has paid tribute to Captain Tom Moore by having a giant mural of the NHS fundraising hero spray-painted on the side of his business.

The stunning graffiti artwork adorns the walls of Bradley Scott Windows in Tamworth, Staffs., after being unveiled on Monday (27/4).

Director Andy Farrington, 57, said he wanted to come up with a unique way to honour the 99-year-old war veteran who has captured the hearts of the nation.

The former army officer has raised more than £30 million for the NHS by walking laps of his garden in Marston Moretaine, Beds., ahead of his milestone 100th birthday.

The incredible artwork by Graffiti by Title took six hours to complete and covers the 140 sq ft wall at the side of the showroom with the words "Thank You NHS." 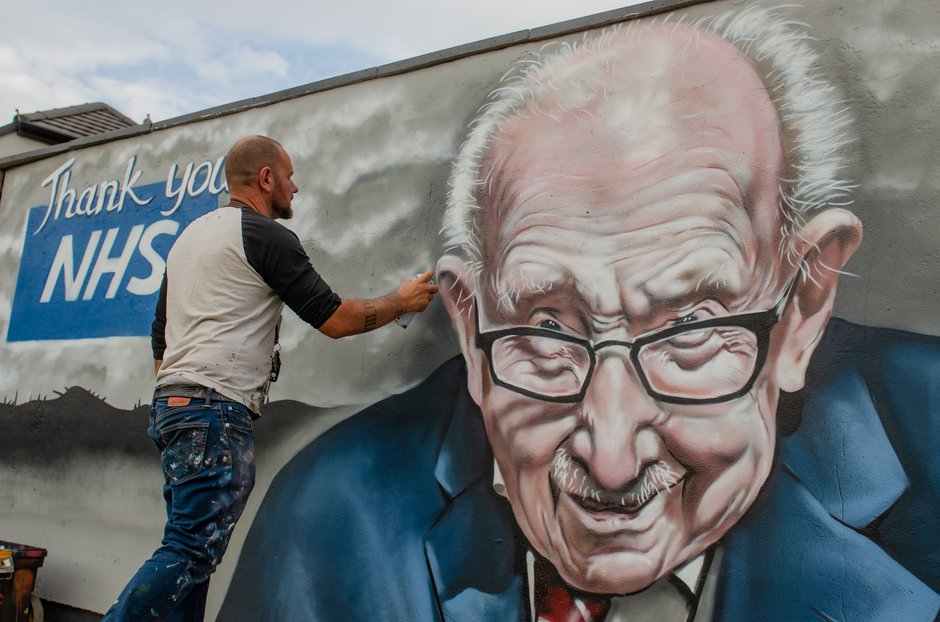 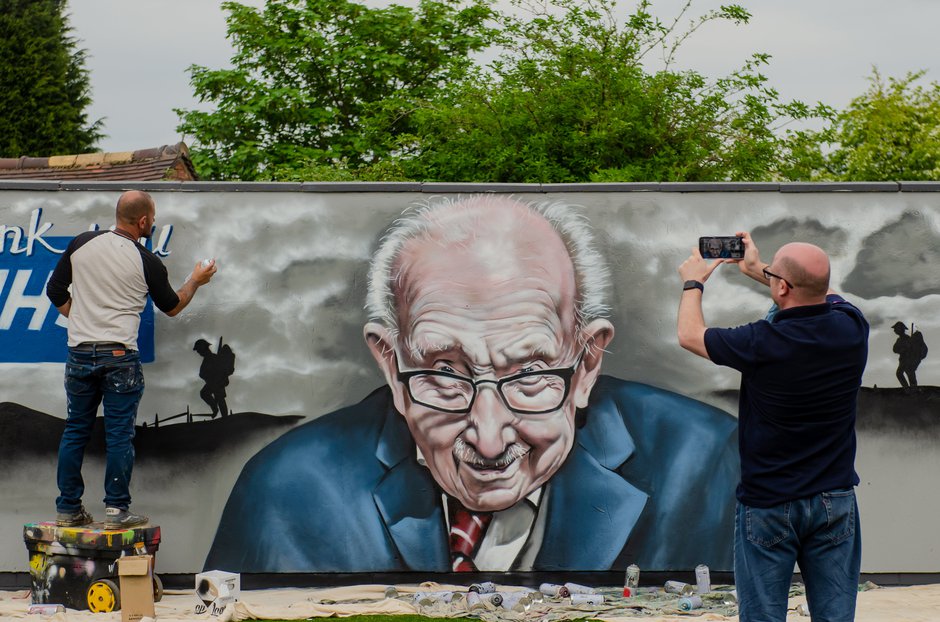 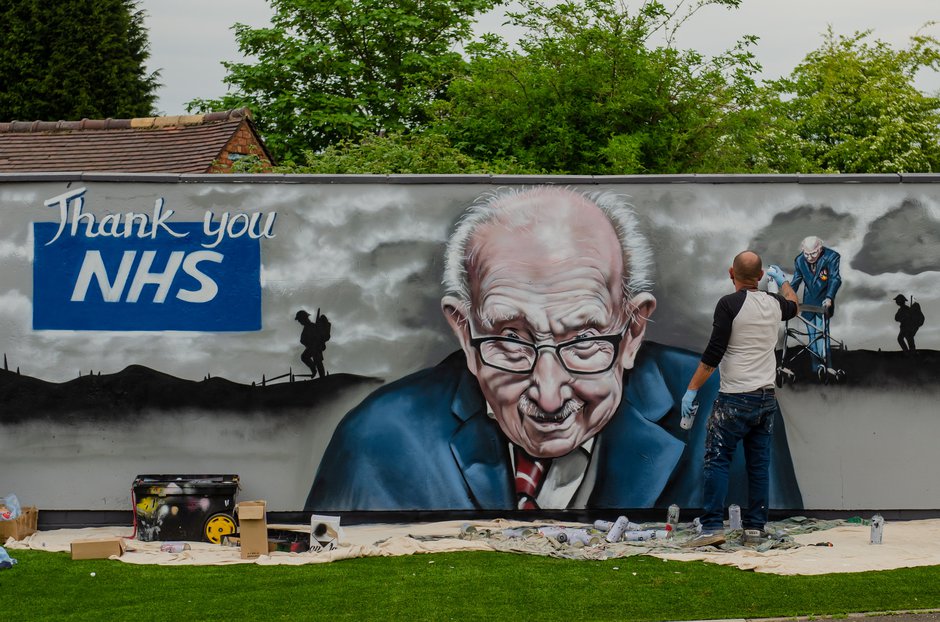 Andy said: “I was just totally inspired by Captain Tom and the phenomenal amount of money he has raised.

“We have done murals before and we had the blank space so I thought it would be nice to do some artwork of Captain Tom.

“He is an old school gentleman with a never die attitude that helped make Britain great, that's why we have taken to him I think.

"We should learn off him. He is a wonderful man.

“At 99, he gets up and does that. It’s simply amazing. He just puts a smile on peoples places in these difficult times.

“I am struggling like hell with my business, but it is good to give back a bit."

Graffiti by Title only had a few pieces of paper with four pictures of the pensioner for reference and completed the piece in under a day.

Married dad-of three Andy added: “That’s all he had to work with. One picture with his head and shoulders and one with him on his zimmer frame.

“He had one with the NHS logo on it and then another of the soldiers in the background. That was it. It's absolutely amazing what he has been able to do. It looks incredible.

“He started at 10am and finished at about 4pm. He has made it so lifelike. It looks like it could be a print but it's not, it's done by spray paint.” 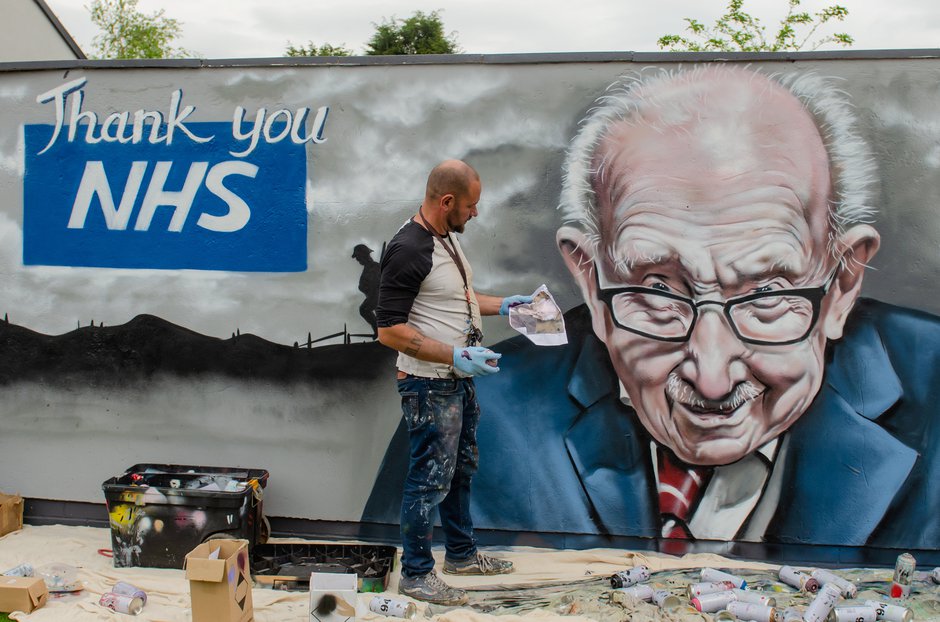 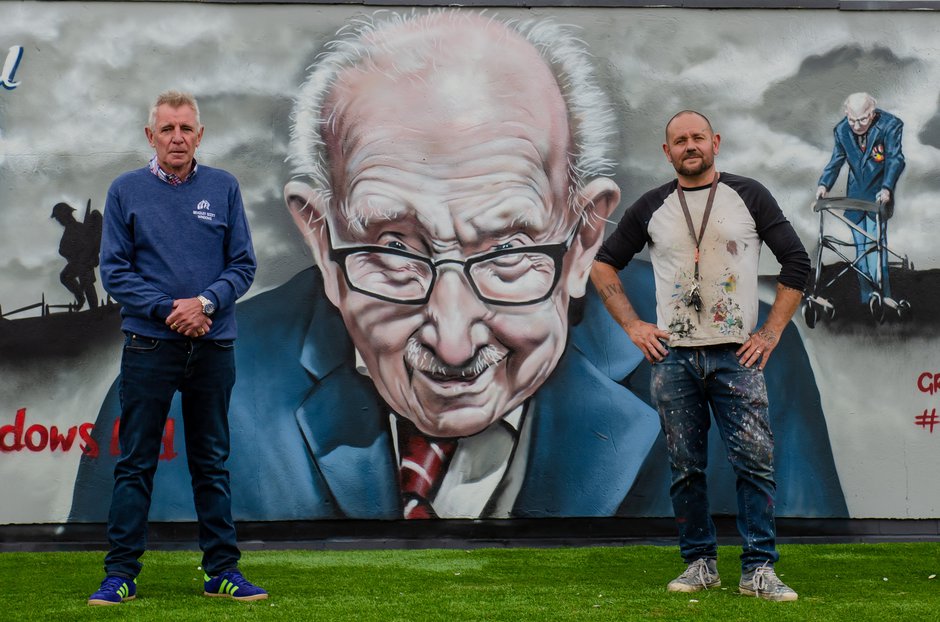 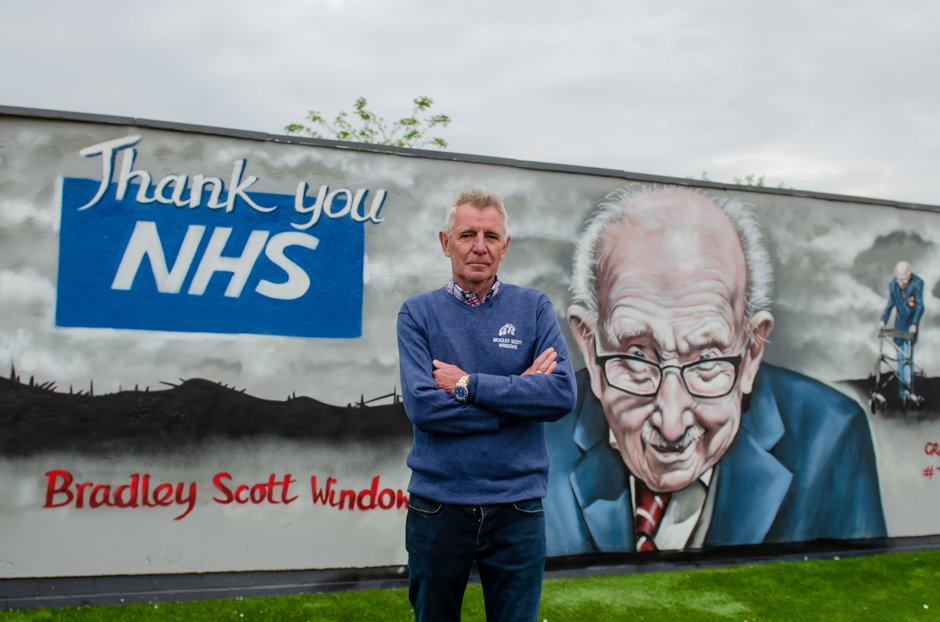 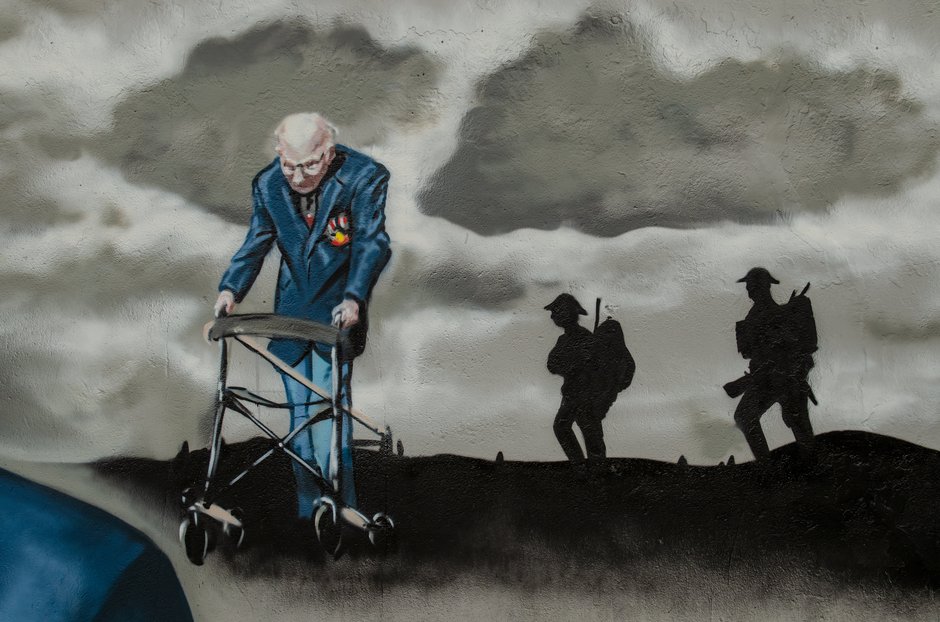 Andy says the reaction to the display has been “absolutely crazy” with people flocking far and wide to come and take pictures.

He said: “I felt a bit bad with the number of people coming to see it, what with social distancing in place, but loads of people have come from everywhere to have a look at it.

“We've had cars stopping in the road and people getting out to take pictures. It has just been absolutely crazy how popular it has been.

“I thought it would get some local recognition but nothing like this scale.

“I have had messages from people in Belfast, one from Canada on social media. People have been so taken with the artwork.

"It's mad, I never expected this scale of reaction or how far it has spread."

He is the oldest person ever to get a UK number-one single and was honoured with a Pride of Britain award last Thursday (23/4).