Sam Percival, 35, miraculously survived the horror fall after his parachute spun, slamming him into the rock face

A base jumper is lucky to be alive after he plummeted 180ft when a gust of wind slammed him into a notorious cliff face.

Sam Percival, 35, miraculously survived the horror fall after his parachute spun mid-jump, slamming him into the sheer cliff face at speeds of at least 30mph.

He was attempting to become the first person to jump off Lord Berkeley’s Seat in An Teallach, in the Scottish Highlands - which has claimed the lives of THREE walkers this year alone.

A shocking video shows how after jumping, while he free-fell 200ft, a gust of wind spun him round into the cliff face, partially deflating his parachute.

The brave adventurer then plummeted a further 180ft - the equivalent of 14 floors - before he landed on a rocky outcrop.

Sam was pummelled by falling debris - and then had to climb for hours to get help.

Rescuers were amazed he survived the accident, and miraculously he's now recovering at home with just a few sprains, cuts and bruises.

Lucky Sam, an outdoor instructor, from Horwich, Lancashire, said he feels lucky to be alive - while rescuers said that was "something of an understatement."

Sam, who lives in Aviemore, in the Highlands, said: "It felt like being in a washing machine filled with boulders.

"I struck the cliff at about 30mph.

"I tried to get hold of a ledge but I kept accelerating towards the floor of the gully.

"The canopy was reducing my speed, but it wasn't supporting me.

"Next I hit the bottom of the gully, 180ft from where I struck the cliff.

"I was underneath a pile of boulders that had come down with me.

"My clothes were in shreds.

"At first I thought that adrenaline must be masking something, but I managed to get to my feet and basically all I have is a sprained ankle and wrist.

"I'm a very, very lucky man. People keep saying I should buy a lottery ticket, but I think I have already sued up all my luck for this year at least.

"When you are basejumping the worst thing that can happen when you jump is total malfunction - your parachute doesn't open.

"The second worst thing in a 180 - it opens but it opens, for whatever reason, facing towards the cliff.

"Depending on a few things like how long you fall for, or the winds, you have as little as a few milliseconds to do anything about it." 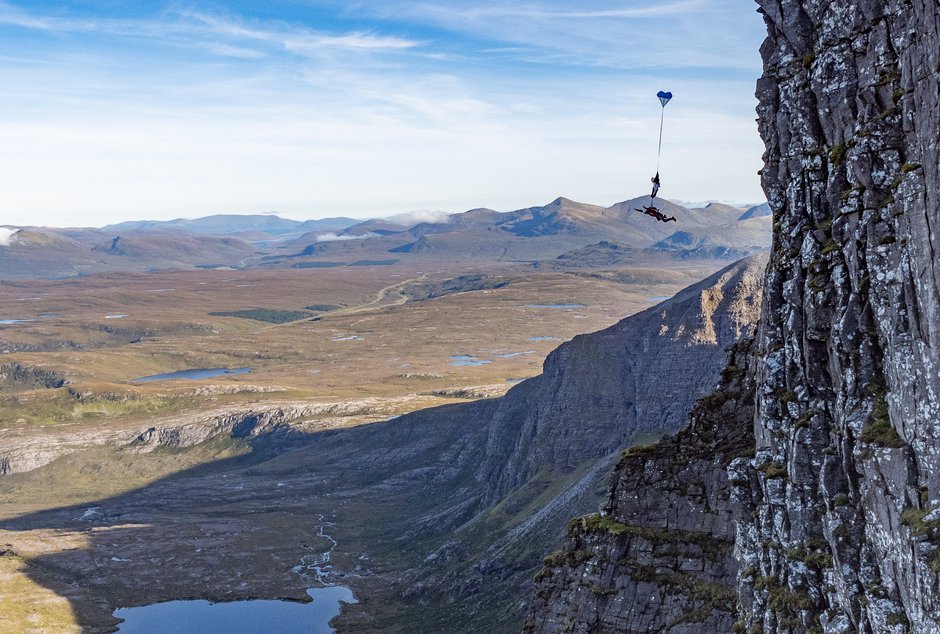 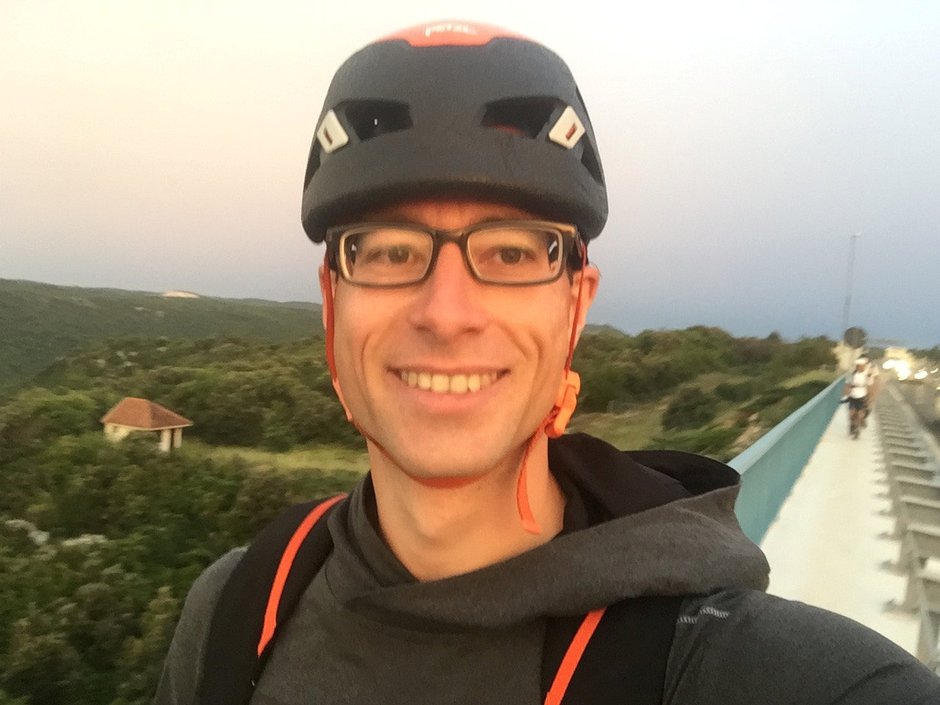 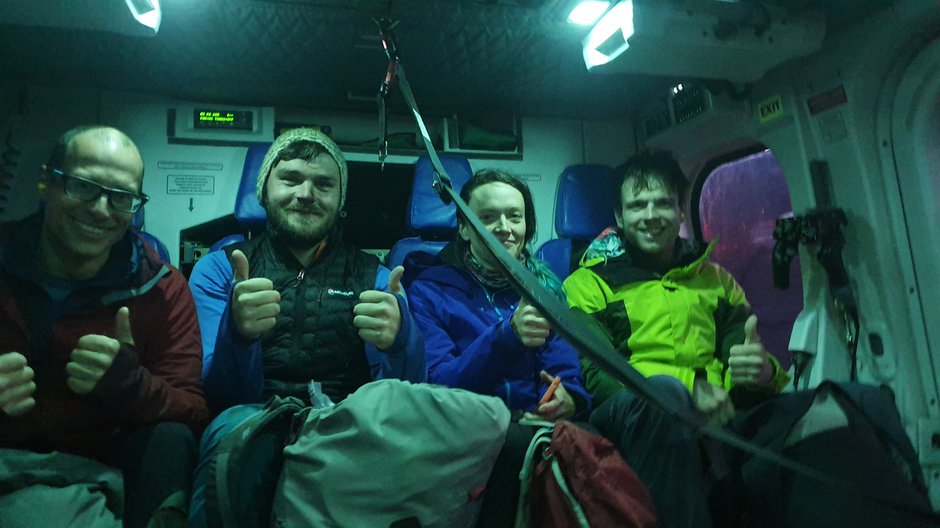 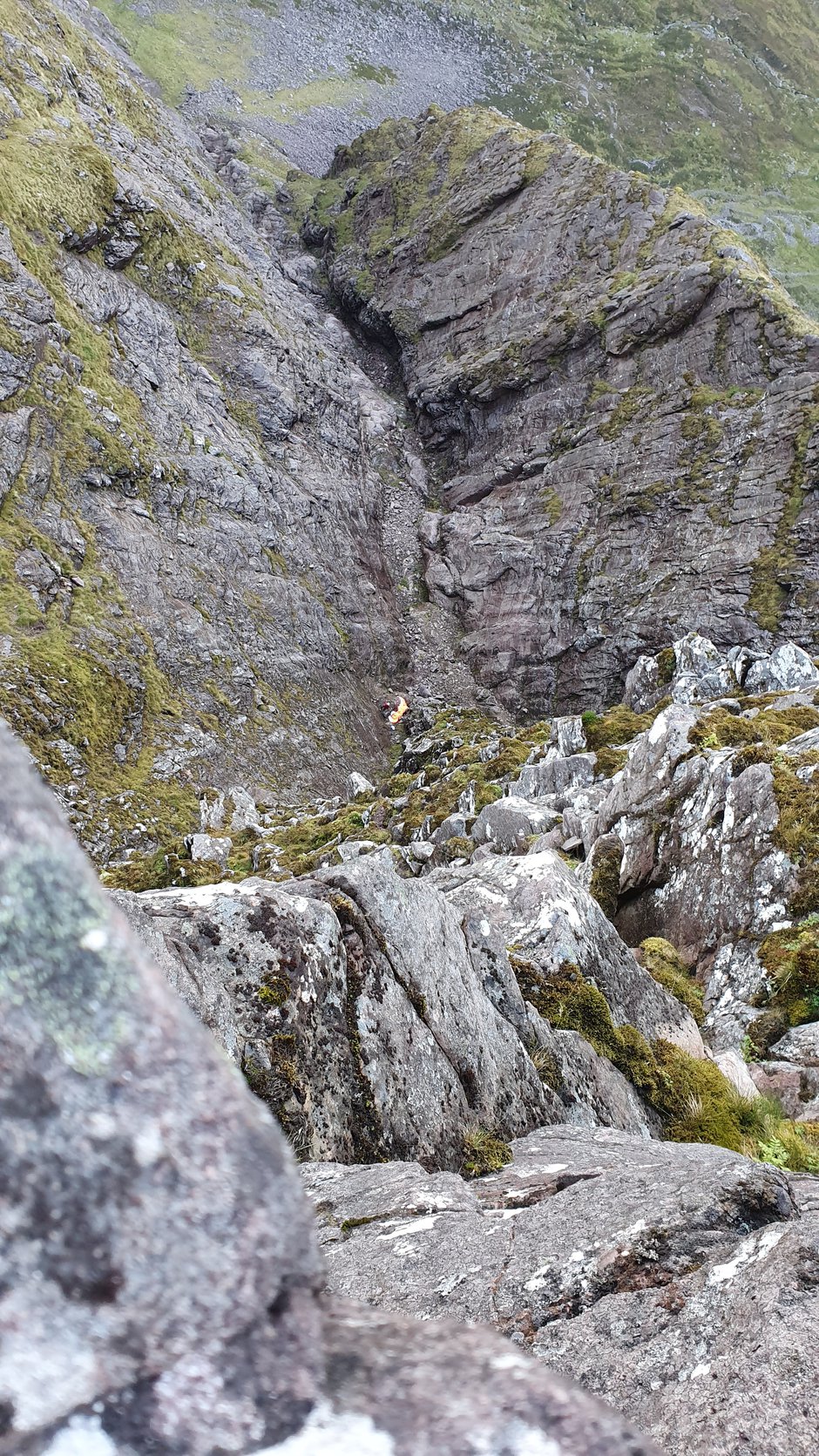 Sam, who has been base jumping for five years, wanted to be the first person to jump off Lord Berkeley’s Seat in An Teallach, in the Scottish Highlands, on Thursday.

He said he and this friends tested the conditions and he decided to go first, but was caught by a side gust of wind after he threw up his parachute.

"The winds were a bit too high, but I made the decision to jump."

After free-falling 200ft, the gust twisted him 180 degrees into the rock face, so instead of gliding to the bottom of the gully, he slammed into the mountain.

He then tumbled a further 180ft before he slammed into a rock ledge.

Unable to see his expedition buddies, and without any phone signal, one friend made the brave decision to jump after him, while the other climbed down the treacherous mountain.

The group called 999, and then spent two hours climbing to a safe place, where they were met by Dundonnell Mountain Rescue Team and The Inverness Coastguard helicopter.

"When I met the winchman he asked me where the casualty was," said Sam.

"I told him it was me. He replied 'when we heard we were attending a casualty who jumped off Lord Berkeley’s Seat, we were expecting a fatality'."

Sam and his friends were airlifted to the base of the mountain.

He added: "I don't know of anyone falling the distance I have, and coming away with a few scratches.

"I was very, very lucky to survive."

A spokesperson said: “Lord Berkeley’s Seat is 1,030m above sea level and has a mostly vertical drop of at least 500m on its north face.

“After jumping off the peak, the casualty’s parachute was caught by a gust of wind which turned him around and propelled him into the face of the mountain.

"He then slid a short distance before stopping.

“He was then able to climb back up, over steep and very hazardous terrain, to rejoin his companions on the main ridge.

"He was found to have sustained only minor injuries but was evacuated in due course from the mountain by Rescue 151 to Dundonnell MRT base at the foot of the mountain.”

Dundonnell MRT leader Donald Macrae said: “This is the first time we’ve been called out to a base-jumping incident.

“To say this young man is lucky to be alive is something of an understatement. He must have a guardian angel.

"He came very close indeed to a long vertical drop which he would not have survived.” 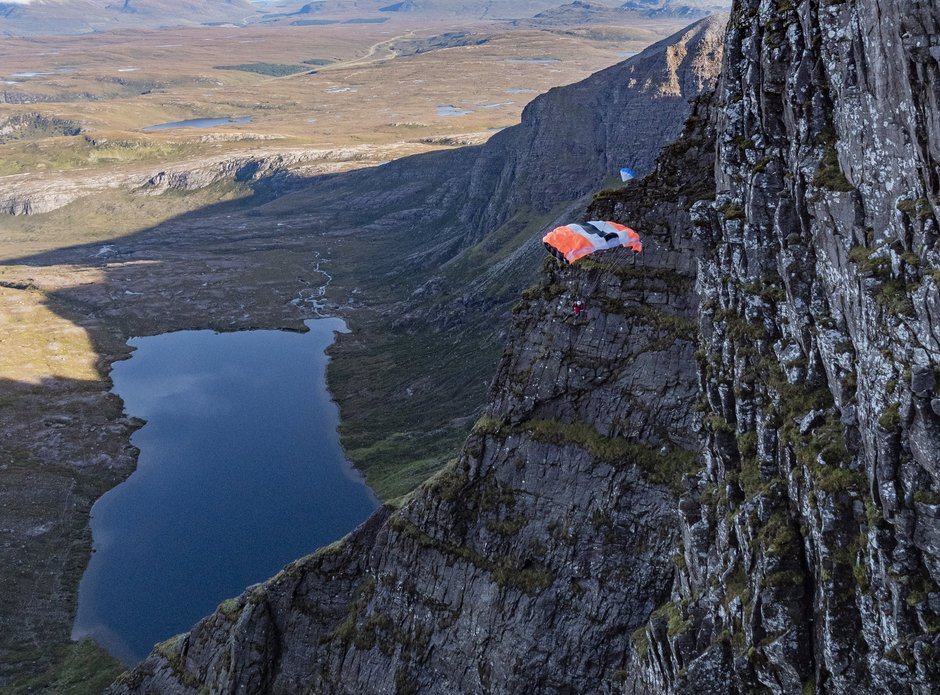 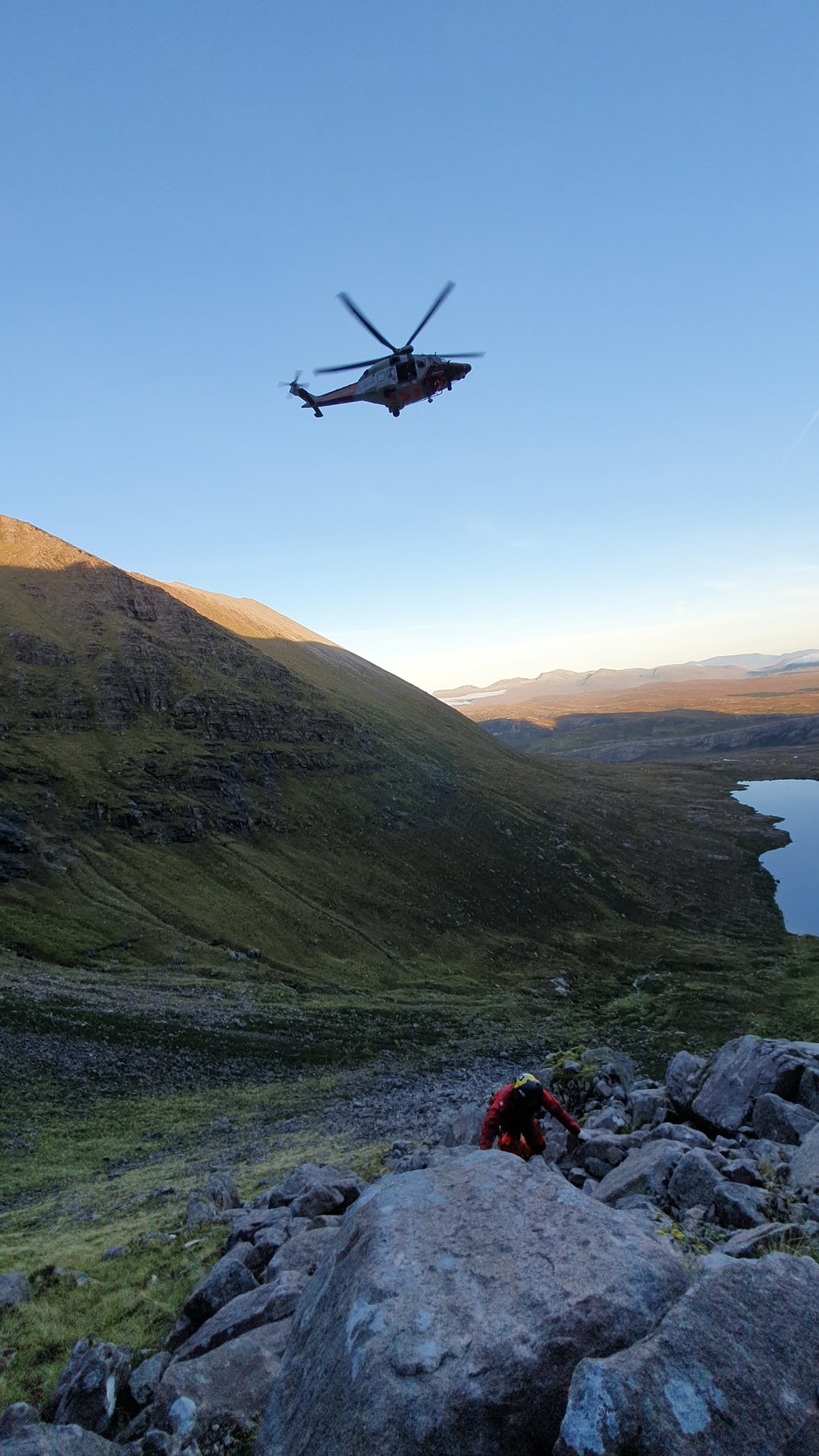