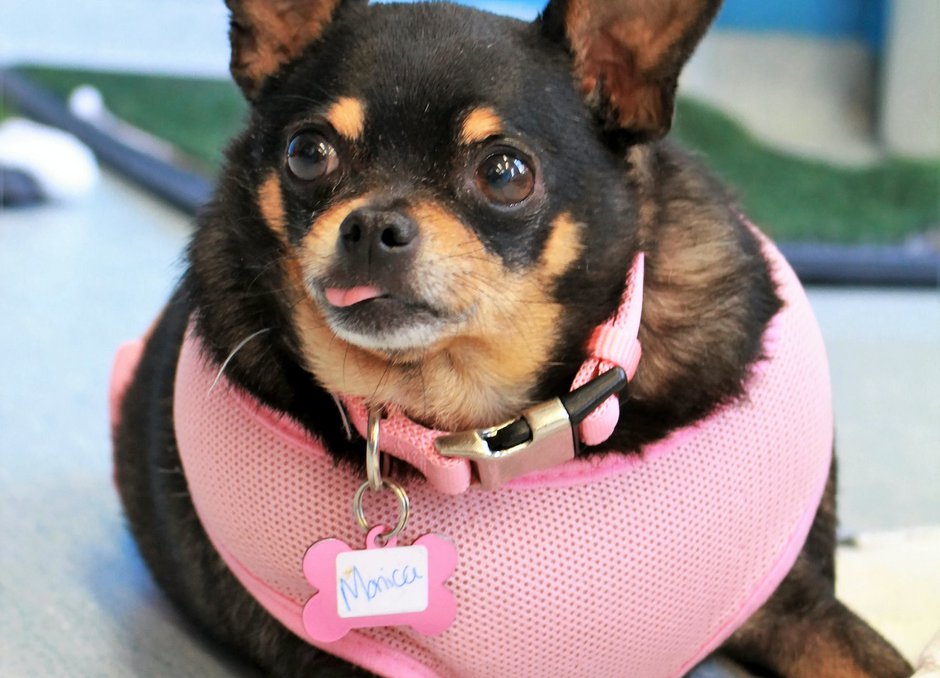 An obese Chihuahua who could barely move has shed more than half her body weight after ditching her indulgent diet.

Bertha tipped the scales at 13lbs when she was handed in to Muttville Senior Dog Rescue in San Francisco after her owner passed away.

The 11-year-old pooch was more than three times the recommended weight for a Chihuahua and could barely carry the massive weight on her tiny legs.

She was adopted by Allison Hackett, 35, in August 2017, who knew she could help the dog slim down and lead a happier life with a calorie-controlled diet. 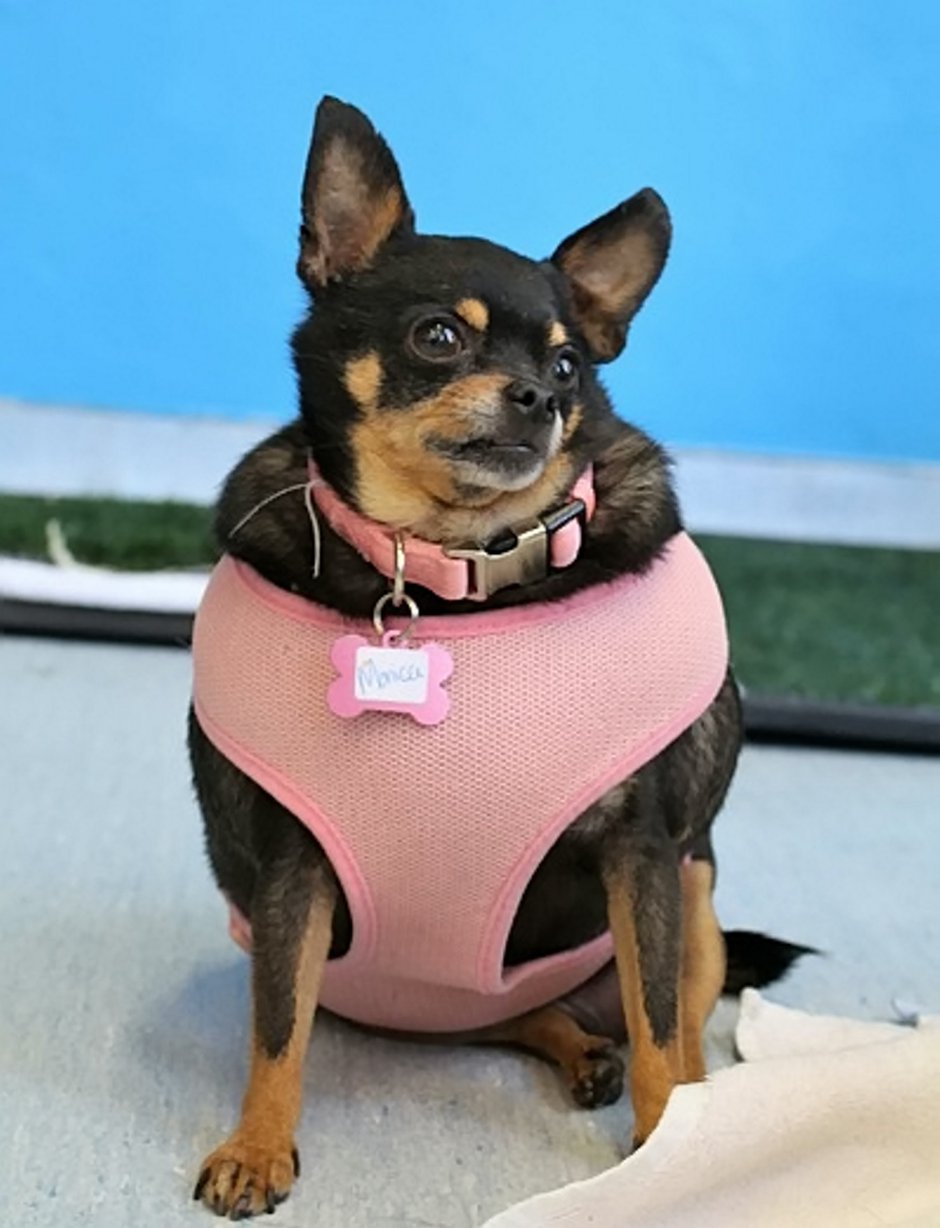 Bertha committed to her diet of low-calorie, low-carb dog food and trained her palette to enjoy new offerings like carrot and apple.

Since embarking on her weight loss journey, the Chihuahua has shed 8lbs - more than half her body weight.

Allison, a mergers and acquisitions associate, said: "She was unable to move well and she was definitely hindered by her weight.

"My friend said she looked like a loaf of bread on tiny legs.

"She is a Chihuahua so she should weigh about 5lbs, but when she was handed into the shelter she was about 13lbs.

"That’s almost triple what she should have been. 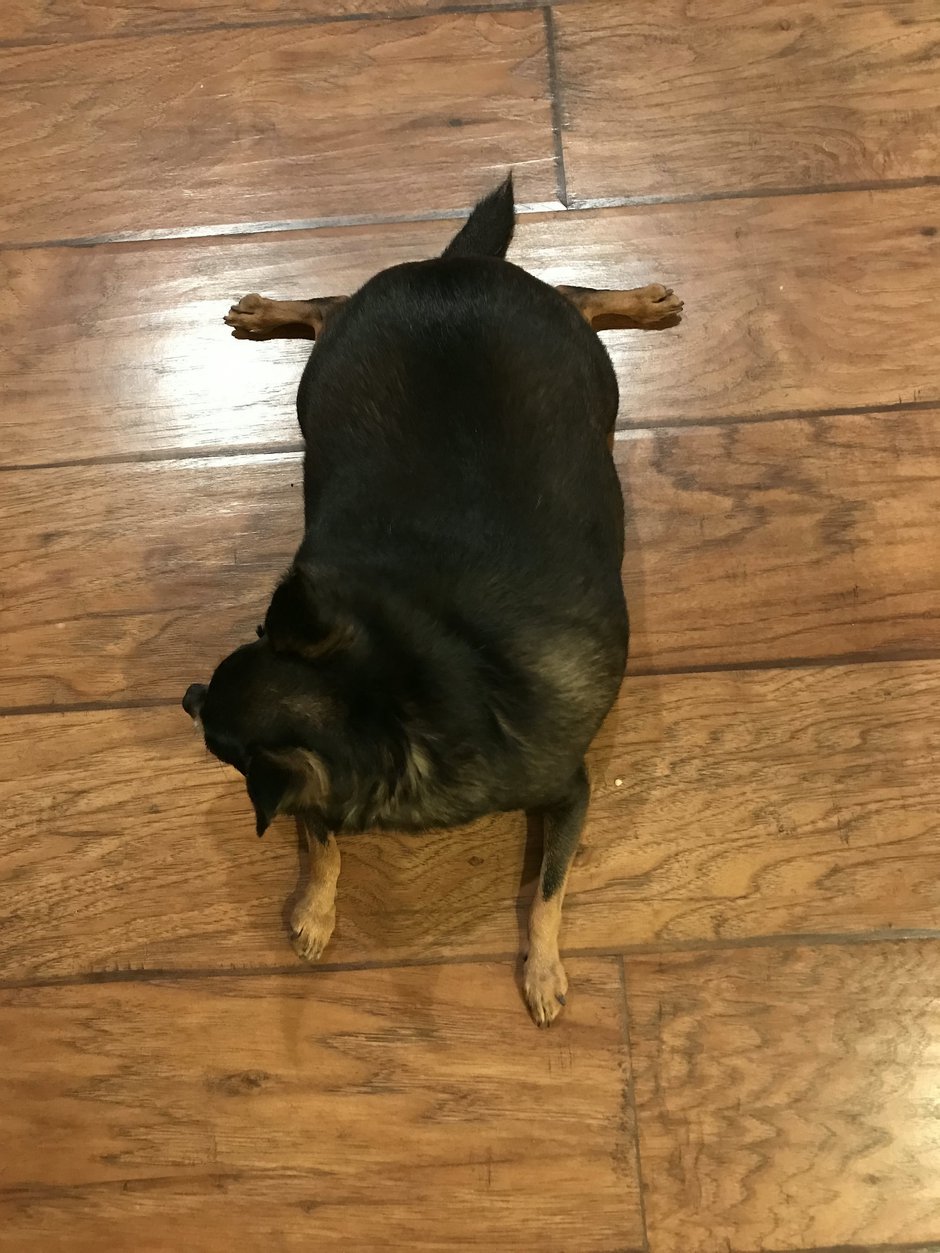 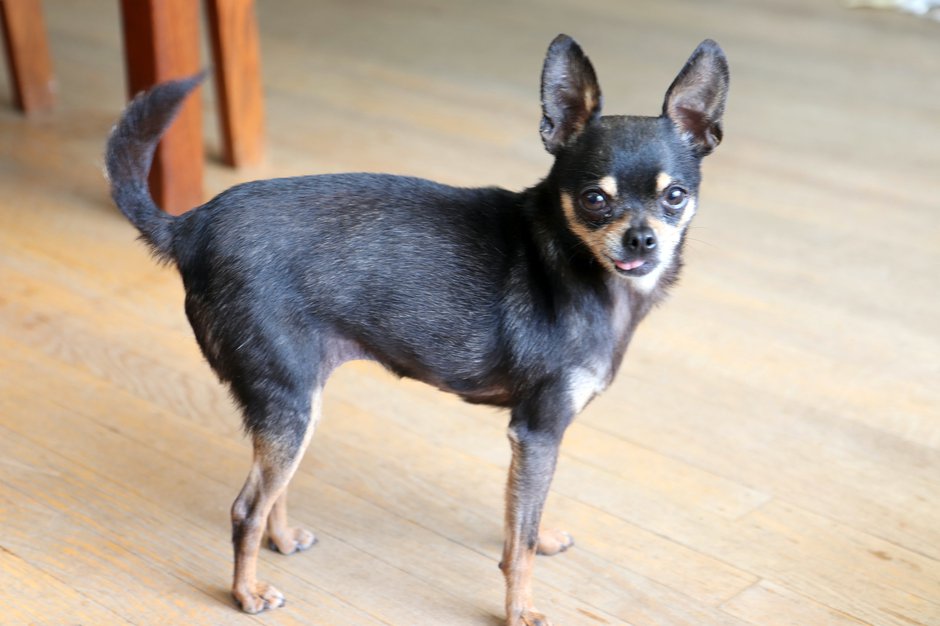 "She didn’t have a history so there was no evidence of what her diet had been like before but it was clear that it was bad.

"She lost about a pound during her time in Muttville so when I got her she was 12lbs.

"My vet advised me to start her on a low calorie and low carb dog food.

"We wanted her to lose weight slowly and healthily.

"She would have a quarter of a cup of this food a day in total.

"She reached 5lbs about a year into her diet and her vet is super happy with her at the moment."

Senior dog Bertha experiences regular seizures and can’t go too hard when it comes to exercise. 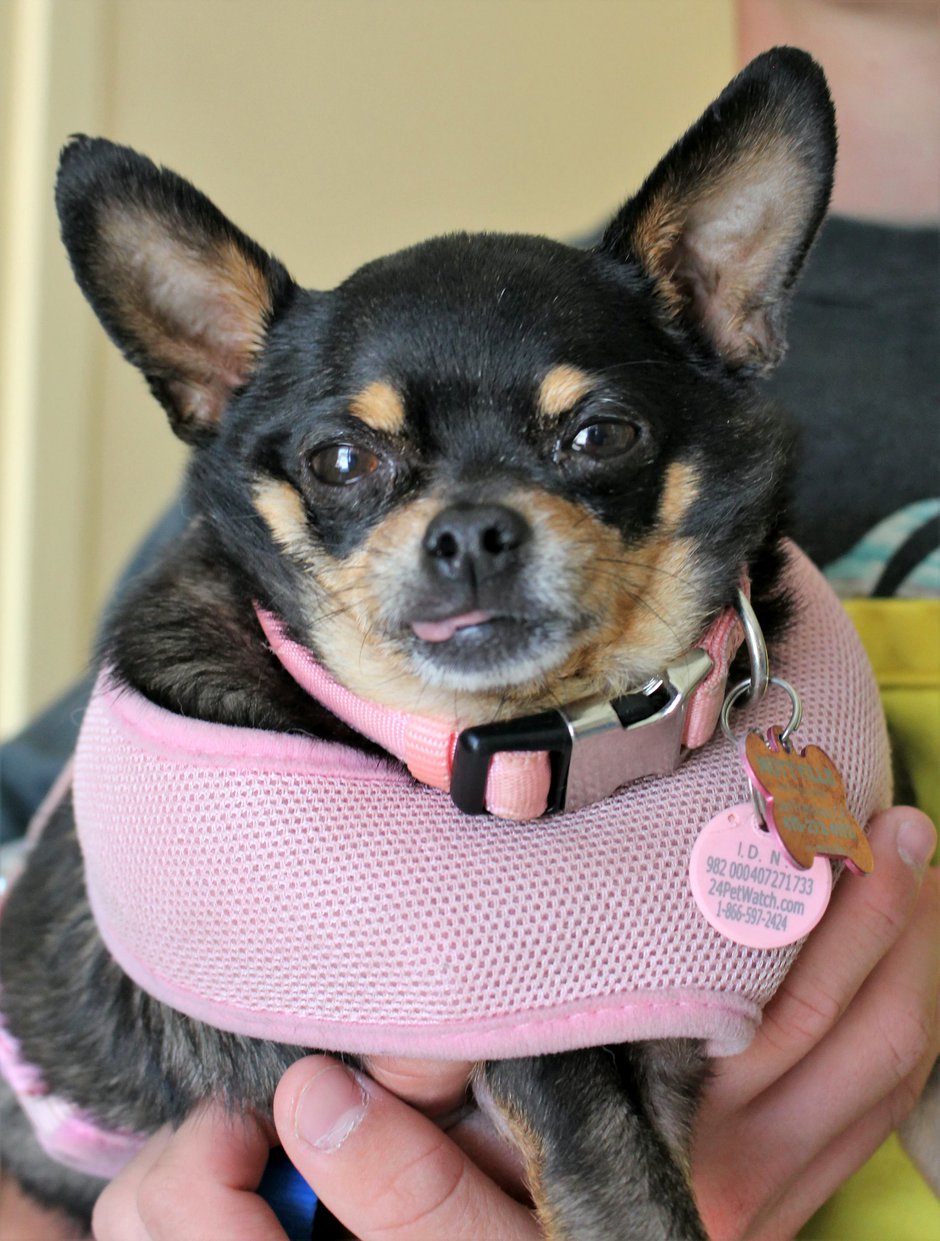 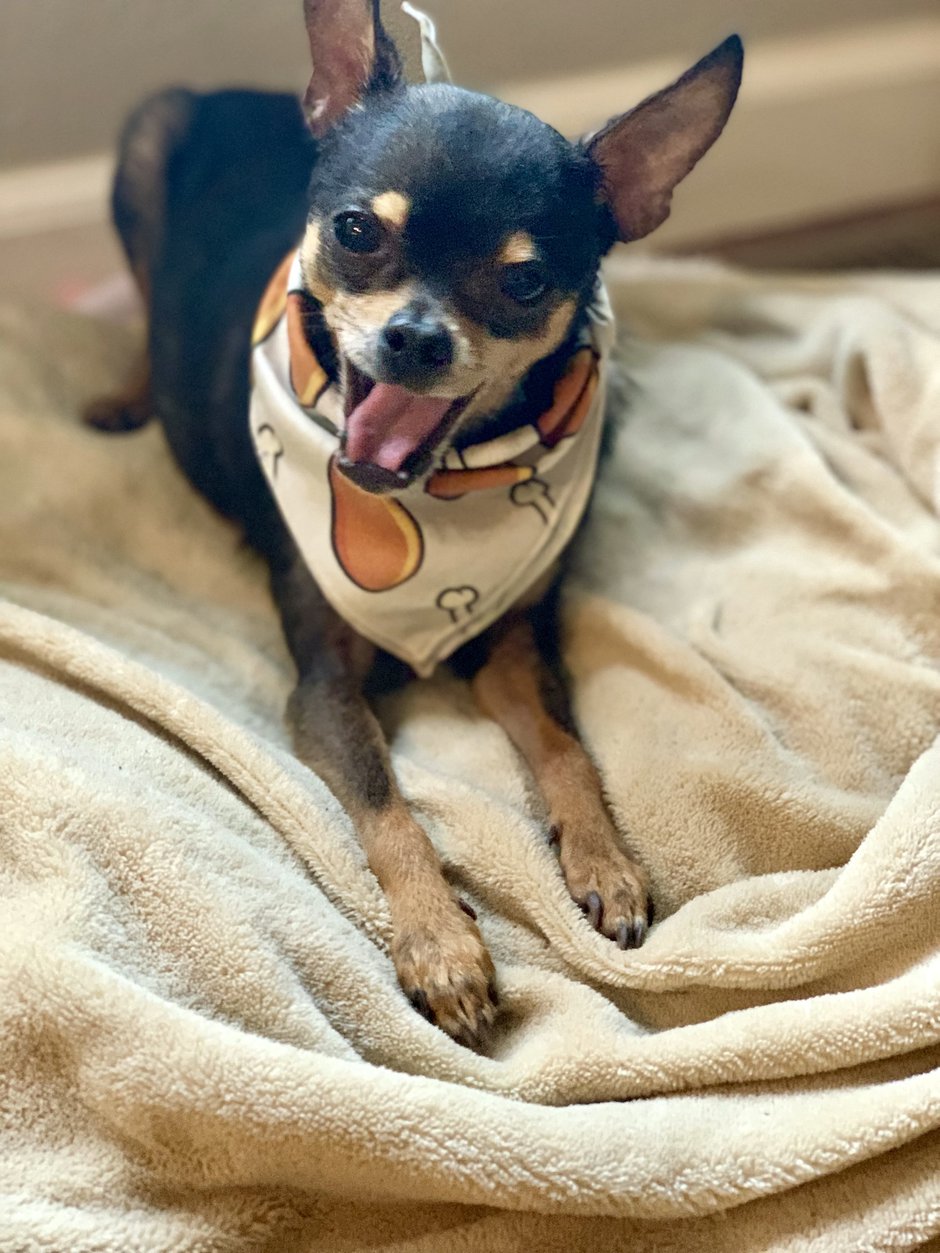 However, the pint-sized pooch loves to run around her house and can even climb the stairs, which she wasn’t able to do when she was obese.

Allison, of Saint Helena, California, said: "She is a much happier dog and is leading such a happy life now.

"We’re really strict about her diet. She’s not allowed any people food or high-calorie treats.

"Now she can go up and down the stairs, she can stand on her hind legs, she can run around.

"She has so much energy now and it’s so nice to hear the click of her toenails running around the house constantly especially when she could hardly move before."

While the pooch is on the straight and narrow, Bertha still loves her dinners and Allison said food is never far from her mind.

Allison said: "She definitely loves her food. She is always looking for it, she is constantly on the lookout.

"I can tell she's always thinking about it, but she is happy and healthy now and everyone is pleased with her progress."